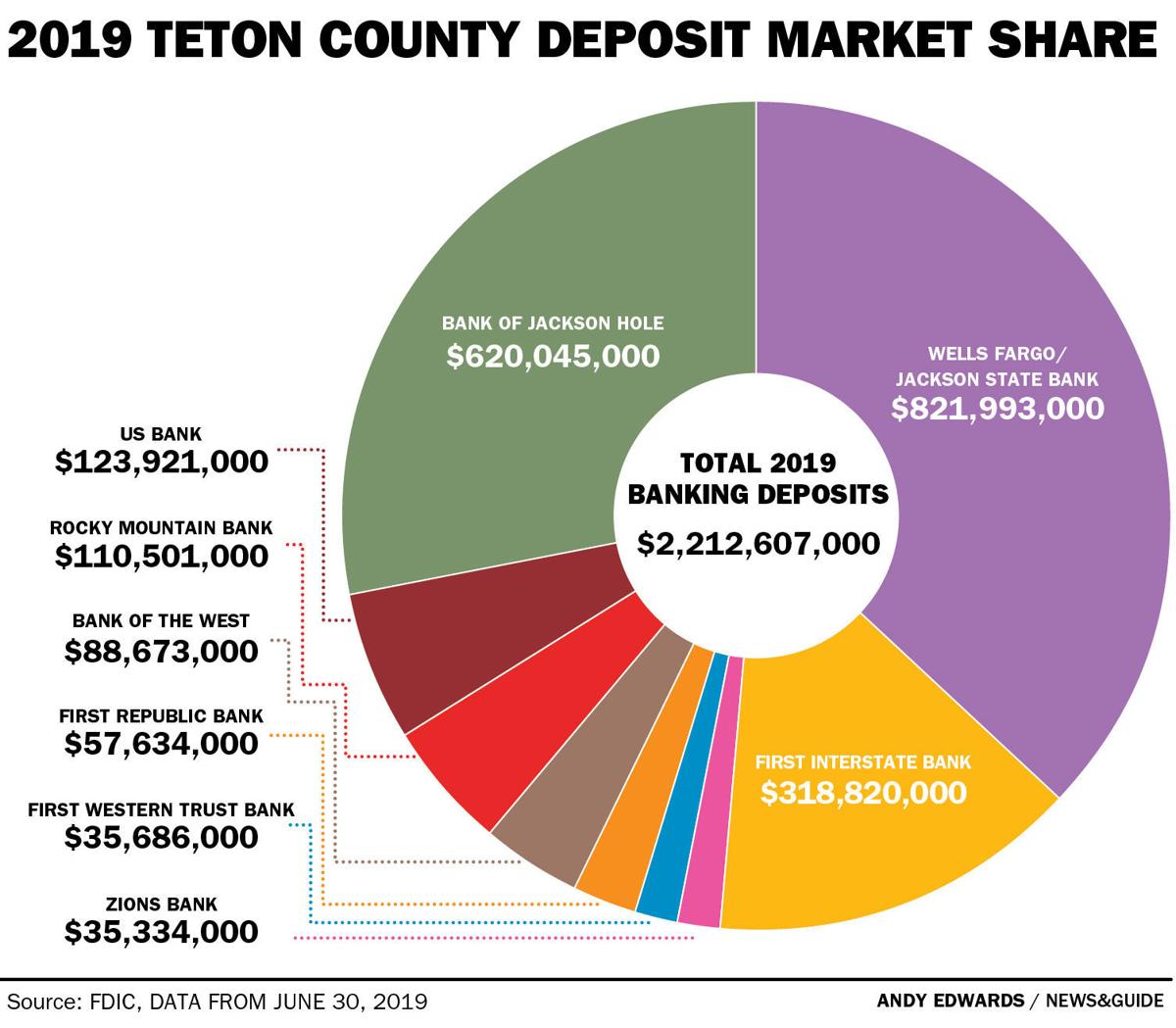 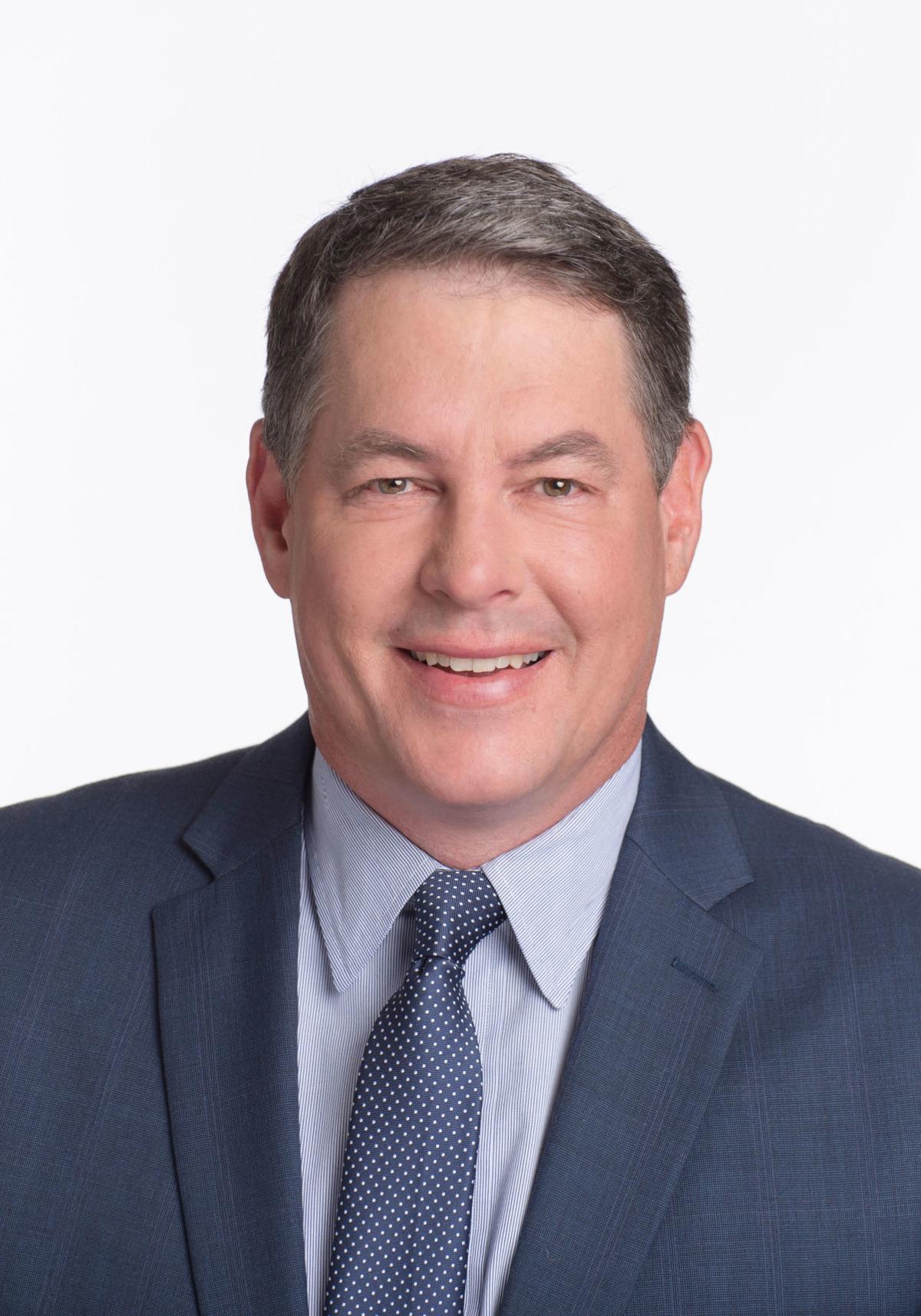 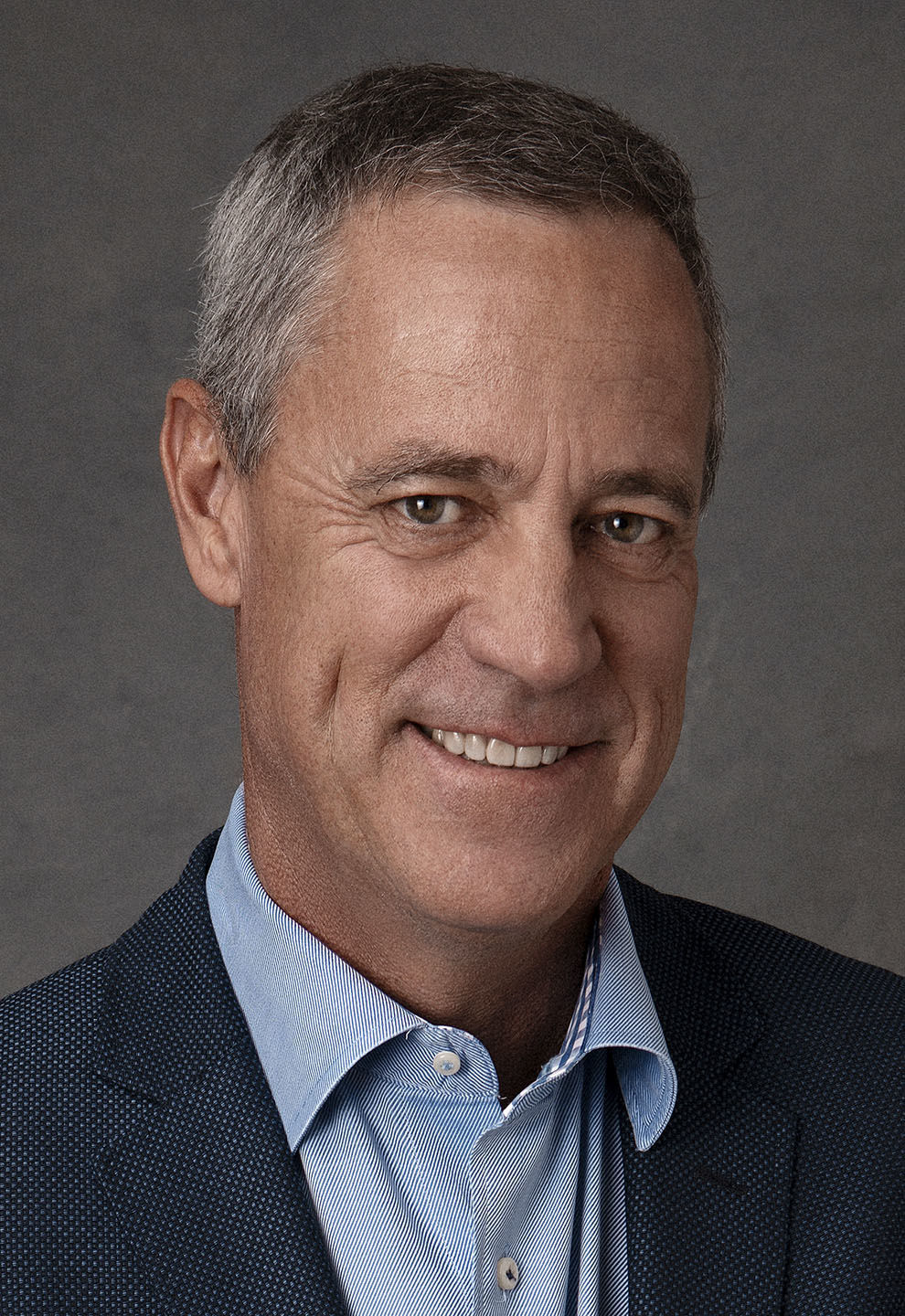 Although Wells Fargo’s Teton County deposits dropped by almost 14% from 2018 to 2019, the institution remains the dominant player in the market, according to federally collected data.

The national bank held 37% of deposits among FDIC-insured banks operating in the county as of June 30, 2019, down from 43% as of one year earlier. In that same time the Bank of Jackson Hole increased market share from 24% to 28%.

The deposit shifts in the last year are part of a banking marketplace that has undergone considerable change since before the Great Recession of 2008. The increase in wealth noted in federal income data has been paralleled in the banking industry, with county deposits increasing from $1.35 billion in 2007 to $2.2 billion in 2019.

In that span, one bank failed and three banks have entered the market, bringing the total number of FDIC-insured institutions operating in the county to nine as of June 2019.

Wells Fargo, which recently closed its West Bank branch and debuted new construction on the Town Square, saw county deposits drop from $954 million in 2018 to $822 million in 2019, according to reports available through the FDIC website. The federal data doesn’t tell the full deposit story, Wells Fargo District Manager Clint Gillum said in a response to written questions.

“FDIC reports alone provide an incomplete picture of a bank’s deposit performance,” Gillum said. “Wells Fargo’s retail market share remains strong in Wyoming, and we’re committed to building and strengthening relationships with our customers across the state. We work continuously to help our customers succeed financially, earning business from new customers and growing deposit balances with existing ones.”

Wells Fargo purchased The Jackson State Bank and its sister Wyoming banks early in 2008, becoming the dominate player in the county market and growing market share in the state.

Bank of Jackson Hole held $767 million in deposits in Wyoming as of mid 2019, the sixth highest share in the state. More than $620 million of those deposits were concentrated in Teton County.

In 2007 Bank of Jackson Hole held $231 million in deposits — in the pre-recession days when six FDIC-insured banks operated in the county. The number of banks listed by the FDIC as operating the valley grew to nine as of 2019.

The influx of banks expanding into the marketplace started in the 1990s, said Pete Lawton, Bank of Jackson Hole chairman and CEO.

Competition has been a feature of the marketplace for decades, and the competition for deposits is especially important for smaller banks, Lawton said.

Banks take in deposits and use those deposits to make loans, meaning a bank will have a hard time increasing its loan portfolio without growing deposits.

“From my standpoint, deposits are critical,” said Lawton, who worked at Jackson State Bank and then Wells Fargo before joining Bank of Jackson Hole.

Since the Great Recession, most banks have become more conservative, Lawton said. Some banks used to borrow money to get loan portfolios that amounted to sometimes 20% more than deposits, but today many in the industry are keeping loans to 80% of deposits, he said.

To get a complete picture of the competition in the market, Lawton noted that while the FDIC listed nine banks operating in Teton County, more banks are underwriting loans. In November of 2019, he said, 21 financial institutions made loans in the county.

Bank of Jackson Hole is trying to diversify its business by moving into the Boise, Idaho, market, Lawton said. The bank’s holding company, which also operates an institution in Oklahoma, will open Alpine State Bank in the Gem State’s capital.

The move outside Teton County will not distract Bank of Jackson Hole from its efforts in Wyoming, Lawton said. The key to the bank’s success in the valley is relationships.

“Most of our people have had 20-plus years in the market, and that is the real key,” the CEO said.

Bank of Jackson Hole, like other financial institutions within the county, also runs a trust department. Wyoming, with no state income tax, and some of the most favorable trust laws in the nation, attracts wealthy clients who want to take advantage of the financial planning options. Bank of Jackson Hole has spent the last two years focusing on its trust department, Lawton said.

Like the Bank of Jackson Hole, regional First Western Trust Bank offers trust services and focuses on deposits to help drive the loan portfolio, but overall the institution uses a different model. The bank, which opened in 2012, had $12.8 million in deposits in 2015, $68.8 million in 2018 and $35.7 million in 2019, according to the FDIC.

Such fluctuations aren’t atypical at the bank because the bank helps customers with their entire financial portfolio, said Mike Eden, market president for the Jackson Office.

“We’re are a big wealth management firm,” Eden said. “A lot of our deposits are eventually invested.”

This complete range of services means a client may move funds from an investment account to a bank account in anticipation of a large tax bill, Eden said.

Such transactions are typical for First Western, but the Jackson market does stand apart.

“What does make Jackson unique is our high concentration of ultra-high net worth clients,” Senior Vice President Chris Jones said. “We’ve become experts in the more planning-centric aspects of our business.”

While there are nine FDIC-insured institutions operating in the valley and First Western competes for business, an influx of wealth in the community has helped many institutions because people needed services, Eden said.

“We are as busy as we’ve ever been,” Eden said. There is “plenty of room and capacity for all of us.”

Looking around the streets of Jackson and seeing banks opening in new locations while other banks add square feet, one can wonder how banks decide to come to the valley. Do they analyze the FDIC numbers and decide there’s room for another bank to operate?

The newest institution in the market, First Republic Bank, found its way into Jackson the way many residents come to the valley. It followed someone here.

“We’re very selective,” said Kellie Abreu, deputy chief bank officer for First Republic. “We are predominately a bicoastal urban market bank. When we expand, it’s because our clients take us there.”

The bank, which had nearly $58 million in county deposits as of mid 2019, helped clients with home loans before opening a branch in the valley. Bank officials liked what they saw.

“It became very apparent that [Jackson] would be a great market for us,” she said. “It’s growing. We love the real estate.”

First Republic made an aggressive move into the market by offering attractive loan and deposit rates, Abreu said. That may attract business, but the bank has a different strategy for keeping business.

“We love our clients and we take really good care of them,” she said. “Everyone wants high savings rates and low mortgage rates.”