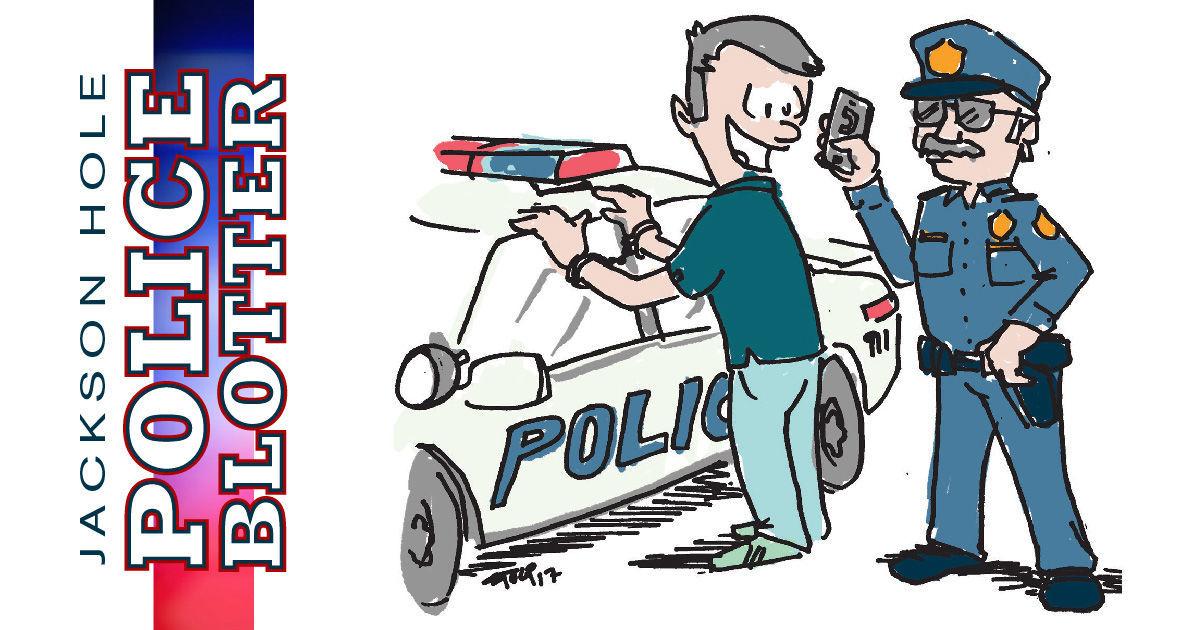 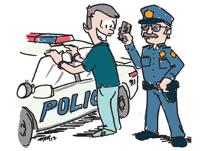 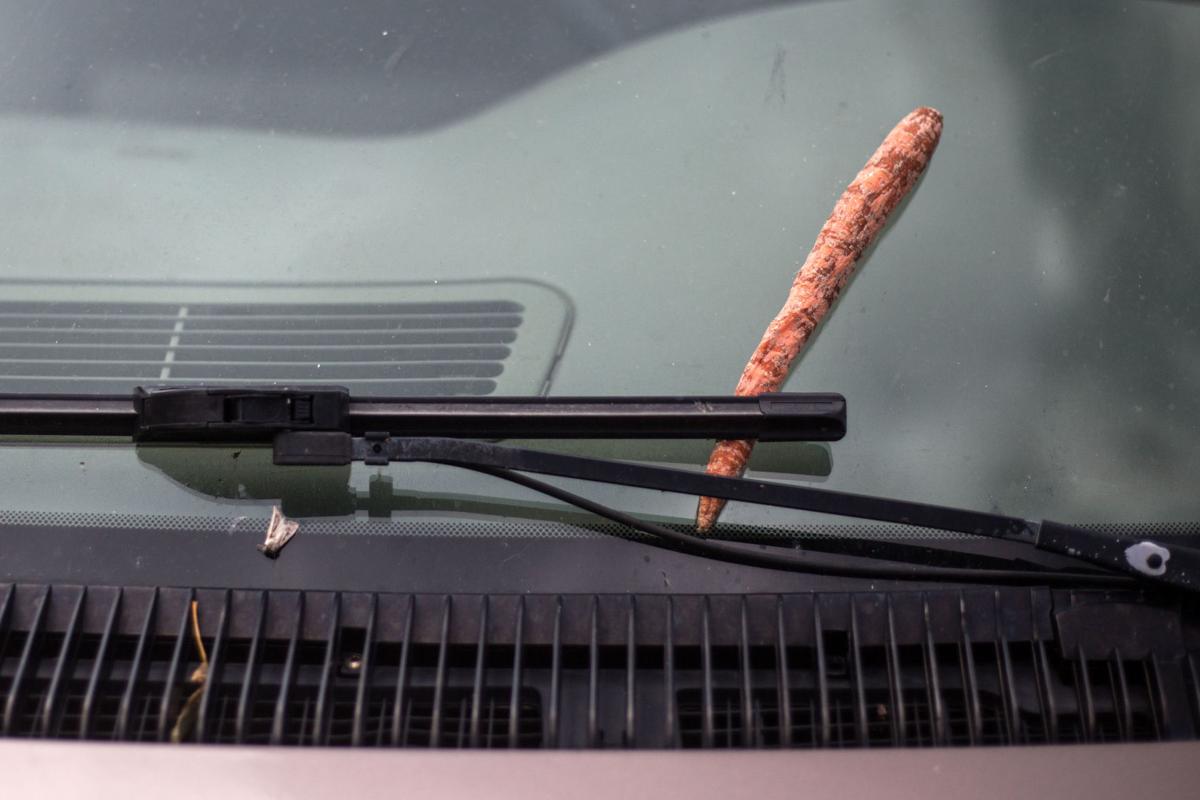 East Kelly Avenue residents woke up Monday to carrots, broccoli and cucumbers on their windshields.

East Kelly Avenue residents woke up Monday to carrots, broccoli and cucumbers on their windshields.

People who live on East Kelly Avenue and park on the street woke up Monday morning to various vegetables on their windshields. Yes, you read that right. East Jackson residents report having carrots, broccoli and cucumbers under their car’s windshield wipers and they have no idea where they came from. Veggie fairy sharing the goods? Unknown underlying meaning? Share what you know, vegetable sleuths.

On Sunday afternoon an employee at Dairy Queen called police because a customer was mad and “started throwing punches and brandished bear spray” while in the restaurant’s drive-thru. No one was injured, though police are looking for a man in a muscle shirt who had dreadlocks driving a red truck with California plates.

A 67-year-old Missouri man was arrested Saturday after refusing to leave his motel. Managers asked him to leave after he demanded they send someone to his room to make his bed the way he likes it made, according to police reports. The staff said they were trying to limit contact with occupied rooms because of the pandemic and the man reportedly became angry. They refunded the man’s room and asked him to leave. When he wouldn’t leave police responded and arrested him for criminal trespass.

A woman forgot her wallet in a cart at Albertsons. When she returned she found her wallet but $130 in cash was missing.

Police confiscated a loaded gun that a man had in his baggage at the Jackson Hole Airport.

A 24-year-old Salt Lake City man was arrested for DUI on Thursday after deputies said he crashed his camper van into a tree at a campsite in northern Teton County. Some other campers saw the man passed out in his driver’s seat and were worried he was hurt. The man wasn’t injured but did blow .208% when he was booked into the Teton County Jail just after 7 a.m.

A bag of meth was left near a hotel’s check-in counter on Saturday. Hotel employees called it in as an unknown white powder. It tested positive for methamphetamine, Sgt. Russ Ruschill said, and was taken for destruction.

A 26-year-old New Jersey man was arrested for public intoxication on Sunday around 2 a.m. after people said he was banging on an RV’s windows. Police said the man could barely stand on his own and said he was staying at a hotel called “Miracle Majestic.” He blew a .28% and was arrested.

Someone who had a car stolen from the Jackson Hole Airport in August 2019 was back at the airport on Sunday and spotted his long-lost car in the long-term parking area. The Black Chevy Suburban was stolen from the airport last summer but apparently was returned at some point. Whoever took the car left its keys inside the gas cap door.

Information in the police blotter is gathered from law enforcement agencies, county courts and sometimes radio dispatch and witnesses. Those jailed are charged, not convicted. — Eds.