William “Mike” Crothers arrives Feb. 26 at the Teton County Courthouse. A jury found Crothers guilty on two counts of unlawful contact and permitting an underage house party. He was acquitted of sexual battery and two other charges. 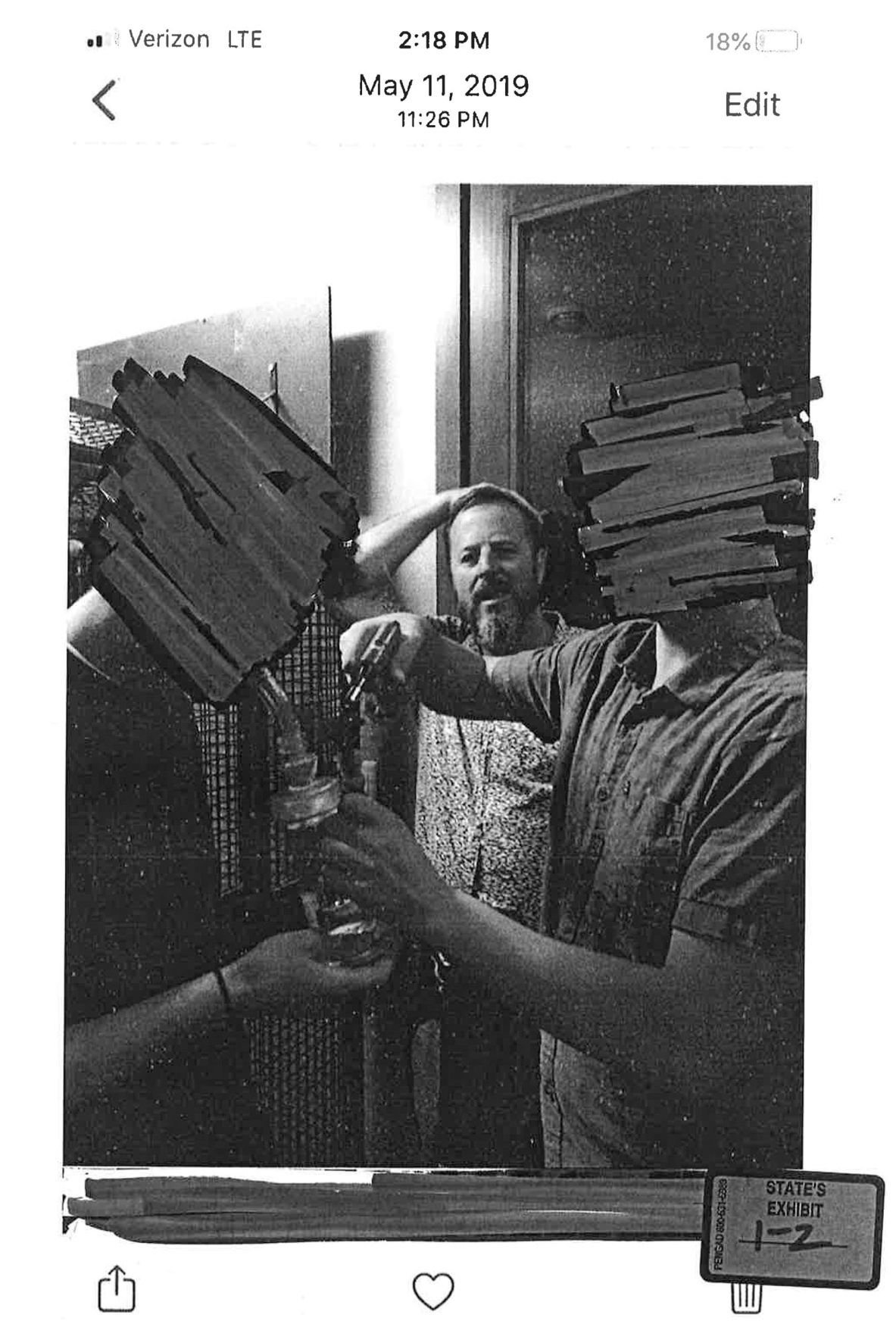 This photograph submitted in the case file by the Teton County Prosecuting Attorney’s Office of William Michael Crothers shows the defendant allegedly smoking marijuana with teenagers at his home in May 2019.

William “Mike” Crothers arrives Feb. 26 at the Teton County Courthouse. A jury found Crothers guilty on two counts of unlawful contact and permitting an underage house party. He was acquitted of sexual battery and two other charges.

This photograph submitted in the case file by the Teton County Prosecuting Attorney’s Office of William Michael Crothers shows the defendant allegedly smoking marijuana with teenagers at his home in May 2019.

Mike Crothers was ordered to turn himself in to the Teton County Jail at the end of May to start a 30-day jail sentence.

“The victims are happy with the sentence and because they are happy I’m happy,” Teton County Chief Deputy Prosecutor Clark Allan told the News&Guide on Tuesday.

But the defendant’s jail stay is likely to be postponed because he intends to appeal Teton County Circuit Court Judge James Radda’s judgment, his attorneys said.

Crothers was sentenced on Friday, six weeks after a jury convicted him on two counts of unlawful touching and one count of permitting an underage house party.

The 53-year-old defendant, a longtime Wilson resident, said he has since relocated to Texas.

“We have had to move from our home because of threats,” Crothers said at the hearing, which was held online because of the coronavirus outbreak.

About 30 people were tuned in for the video conference, and others were listening on a conference telephone line.

The case, which stems from Crothers’ actions at a May 2019 high school house party, drew a lot of interest during his trial in late February.

Prosecutor Clark Allan asked the jury to convict Crothers for drunkenly kissing and groping teenage girls during the party, which was held at his West Bank home.

The jury acquitted him of the other three charges he was facing — sexual battery, unlawful contact and breach of peace.

Victims who testified at Friday’s sentencing hearing said Crothers deserves to go to jail for what he did.

One of them said Crothers drunkenly told her that she was “a hot piece of ass” and that he “needed some p---y.”

“If you are wondering if this has affected me, it has,” she said. “His actions are inexcusable. Those words will run over and over in my mind.”

The victim who Crothers was found guilty of kissing at the party said stepping forward to testify and the fallout that came from her reporting the assault to a counselor has been the hardest thing she’s ever been through.

“I didn’t want another girl to go through what I experienced that night, so I chose to report it,” she said. “I believed so strongly that Mr. Crothers needed to be held accountable for what he did to my friends and me.”

Crothers’ attorneys said their client has been punished enough in the “court of public opinion.”

“The amount of punishment Mr. Crothers has endured over the last year far exceeds this night of horrible judgment,” attorney Devon Petersen said.

The crimes were reported to the Teton County Sheriff’s Office through mandatory reporting channels after a victim confided to a counselor.

Crothers’ defense team accused the police officer assigned to the school and the Teton County Prosecuting Attorney’s Office of being overzealous, saying they piled on the charges. They also blamed the press for following the case too closely, saying unlawful contact is “the least serious crime in the battery section” of Wyoming law.

Petersen said the six citations were the “first charge of any kind” in his client’s life.

But Prosecutor Allan said Crothers has a warrant for his arrest in Idaho from a 2014 DUI that he never resolved.

Allan also said the defense was downplaying the seriousness of what Crothers did.

“Every charge in this was important,” Allan said. “Why did the bailiffs have to turn the community away from the courthouse if this was no big deal?”

Allan said throughout the case that Crothers and his attorneys had been quick to assign blame away from the defendant.

“He can’t sit and blame everyone else for what he did anymore,” Allan said. “He was the one who did it.”

“I’m not sure that you get the fact that you were the cause of that pain and embarrassment,” Radda told Crothers. “Some of the words you used were appalling.”

Crothers said he had received threats and there had been vandalism at his house, which is why his family moved. (There have been no threats or destruction reported to the authorities, according to Teton County Sheriff’s Office.)

Radda said moving was his choice.

“I don’t view your departure as being forced,” Radda said.

Radda said instead of moving away and blaming his troubles on others Crothers could have taken responsibility, learned from this experience and led a movement trying to change Jackson’s high school drinking culture.

“I am a glass half full kinda guy, and you with your leadership skills and insight you have gained, you are in a unique position to lead a communitywide discussion,” Radda told Crothers. “Just because you have left doesn’t mean these issues have departed.”

Crothers agreed to pay a little over $2,000 in restitution to three victims.

The defendant was never arrested for the crimes, just cited, so if he does serve the sentence Radda ordered it will be his first time behind bars in Teton County.

His attorneys have 30 days from when the judgment and sentence is filed to give the court a notice of appeal. An appeal would happen in Teton County District Court.