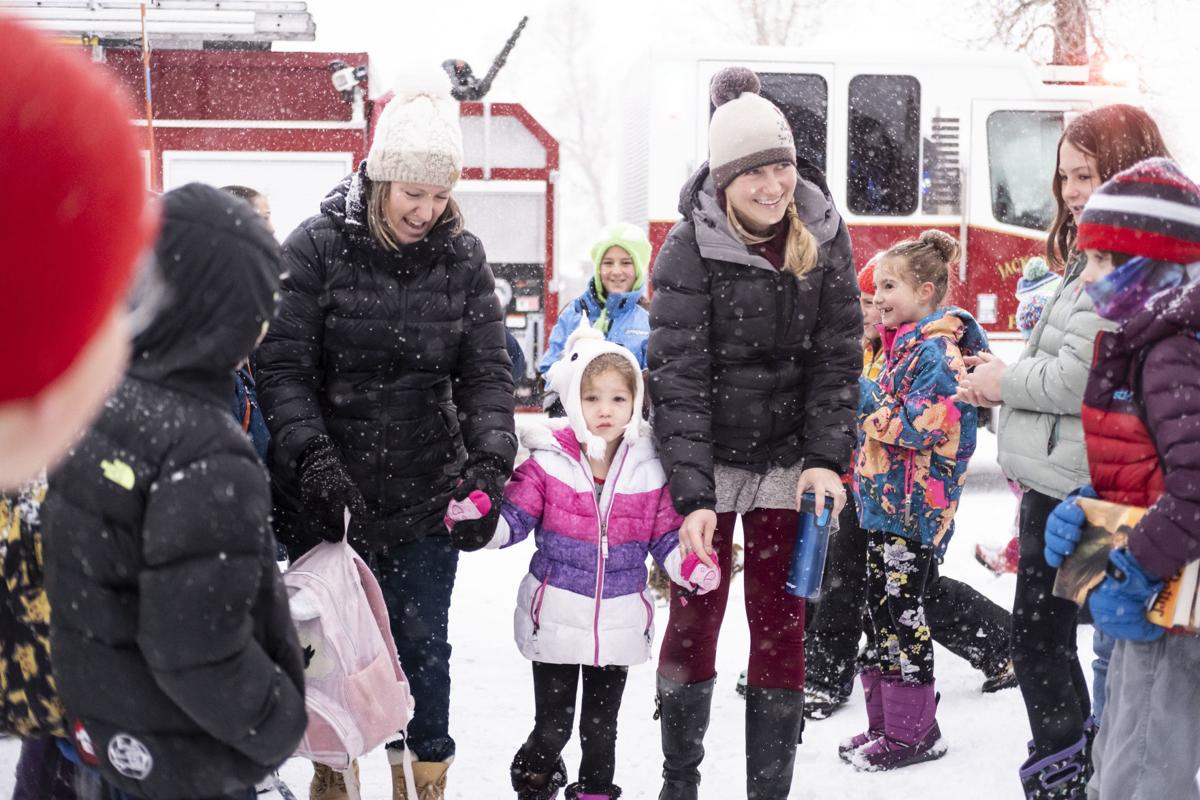 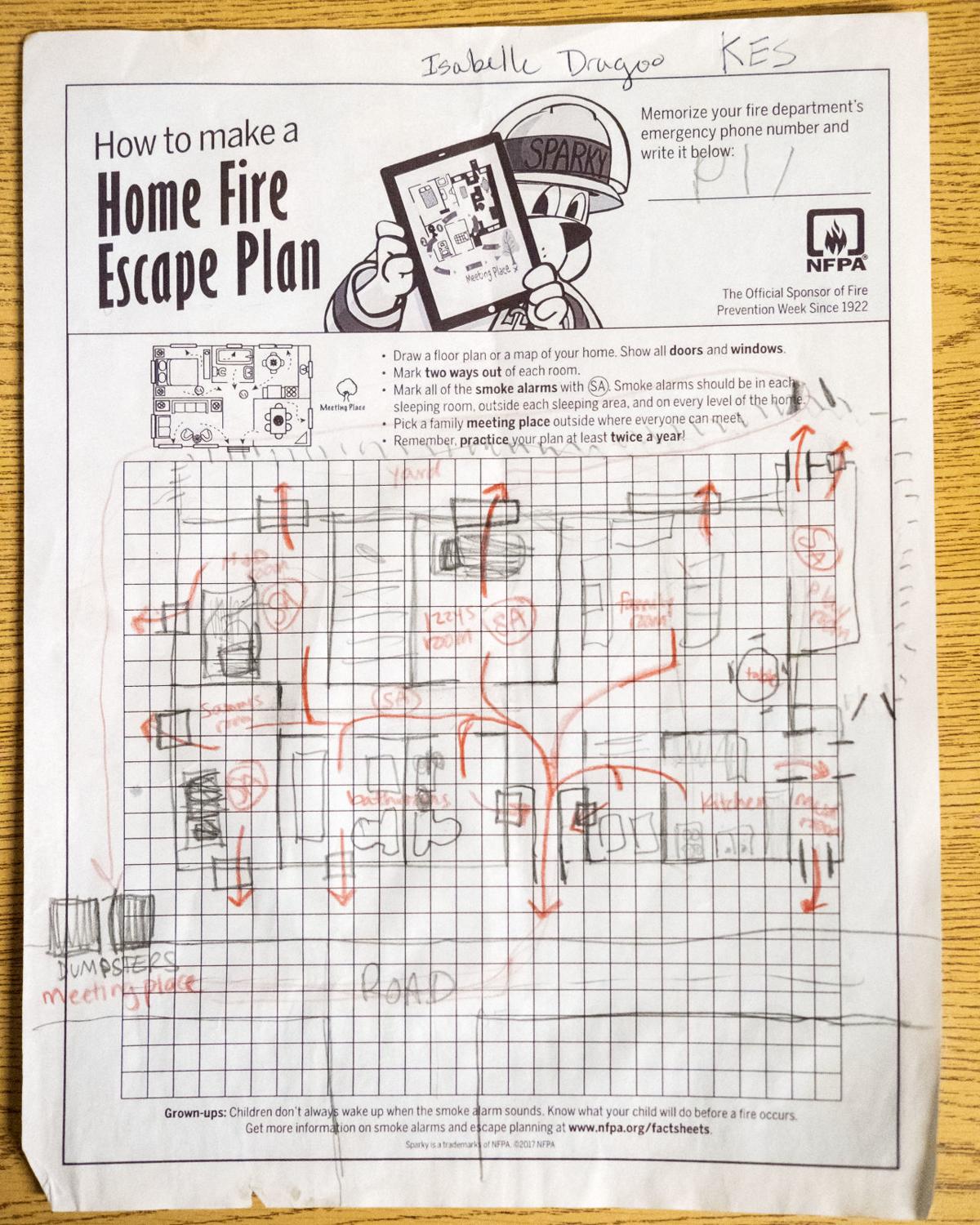 “This is my bedroom,” Isabelle Dragoo, 5, said as she pointed to a hand-drawn diagram of her house.

“Izzy’s bedroom” was labeled in the middle of Dragoo’s award-winning family safety escape plan, and there were two red squiggle arrows to represent two escape routes.

This fall Jackson Hole Fire/EMS partnered with the Teton County School District to teach kindergartners about fire and injury prevention.

Then all kindergartners were asked to come up with an emergency evacuation plan for their households.

“We were excited to see all the participation,” Fire Chief Brady Hansen said.

Members of Jackson Hole Fire/EMS judged all 400 entries and thought Dragoo’s plan was the most comprehensive.

Because her evacuation plan won the competition, Dragoo, a Kelly Elementary student, got to ride to school on Thursday with Chief Hansen in a fire engine.

It was the first time Hansen has tried putting a carseat in a fire truck, which delayed their arrival time. Safety first.

“It was a snowy ride but it was fun,” Hansen said. “Isabelle was pretty taken aback with two fire trucks with our lights on pulling up in front of our house and getting her situated in the engine. It was pretty memorable for her.”

As Isabelle waited in her unicorn hat and pink and purple puffy coat, she told her parents Nate and Kristen Dragoo that it was the “best day ever.”

The parents helped their daughter with the emergency escape plan. If there’s a fire at their Moose house their family now has a meeting place near the trash cans out front and Isabelle has “911” memorized in case she needs to call for help.

“Every room should have two ways out if at all possible,” Hansen said. “And it’s very important to have a meeting place.”

Isabelle also learned that if there’s a fire inside her house it’s best to keep all doors closed so you don’t fuel the fire.

With the help of her parents she came up with a plan for her whole family, including her 18-month-old brother Sammy and the family mutt Moana. That meant finding two ways out of all three bedrooms.

When Isabelle rolled up to Kelly Elementary School on Thursday morning, her classmates gathered outside and cheered and clapped as her mom helped her down from the big red engine.

“This is our opportunity to emphasize how important it is to have a fire home escape plan and an all hazards plan in your house in case of an emergency,” Hansen said.