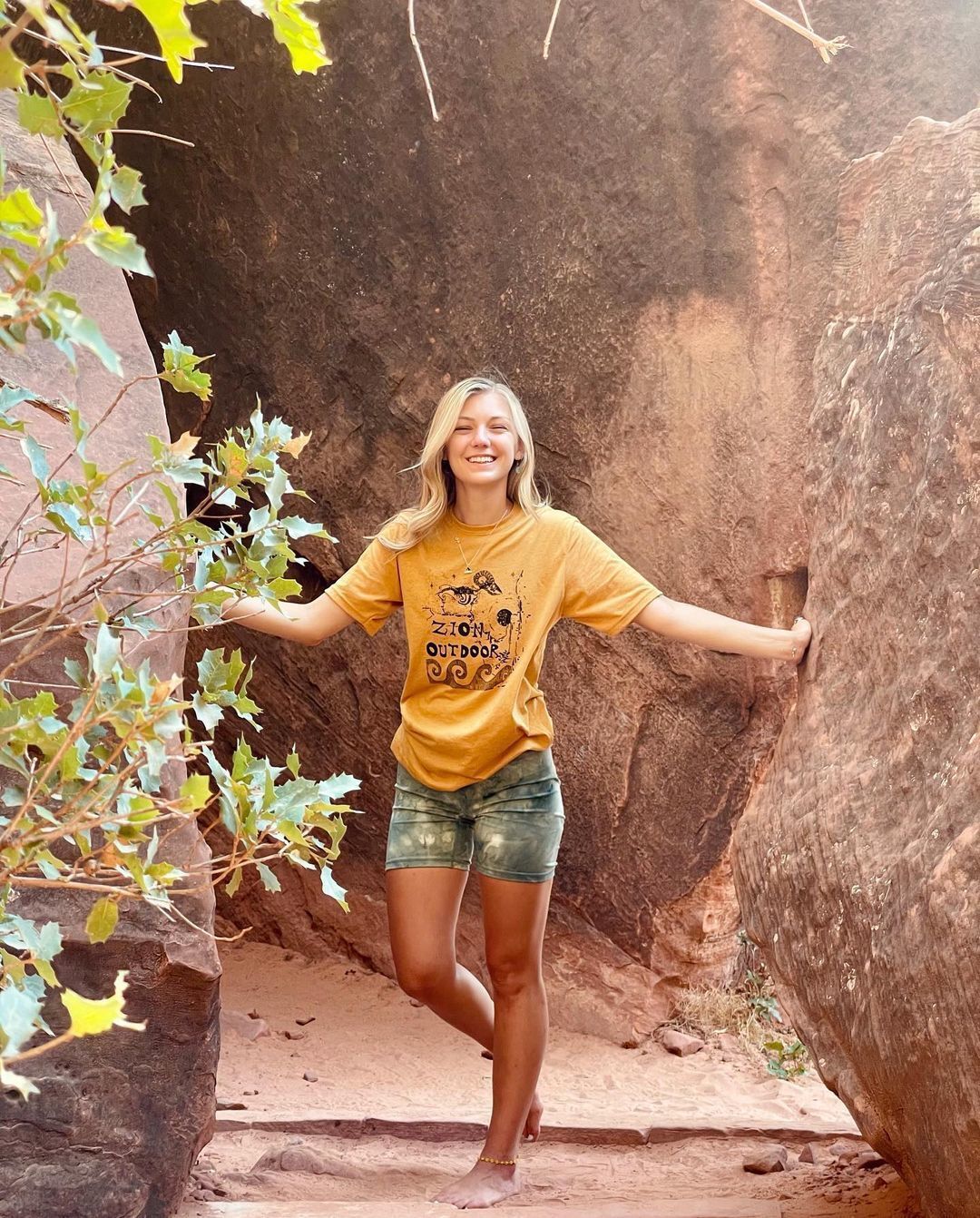 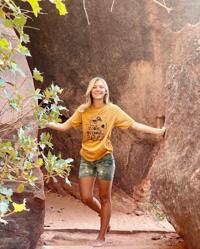 Gabby Petito, seen here in Zion National Park, had been posting photos from her travels on Instagram before she disappeared. She was last seen headed north from Salt Lake City and had told her mother that she was in Grand Teton National Park, headed to Yellowstone. Multiple law enforcement agencies are searching for 22-year-old Gabrielle “Gabby” Petito, who is believed to have been in Grand Teton National Park before her disappearance.

Petito’s parents filed a missing persons report Sept. 11, about two weeks after they last spoke to her over the phone.

Petito is 5 feet, 5 inches tall and 110 pounds, according to a Suffolk County, New York, Police news release. She has blonde hair, blue eyes and several tattoos, the news release stated, including one on her forearm that reads “let it be.” The van she was traveling in has been recovered.

She had been traveling with a companion in a 2012 Ford Transit van with Florida license plate QFTG03 when she stopped communicating with friends and family, according to the Suffolk County Police release.

“We are conducting, with multiple law enforcement agencies, this part of the investigation into Gabrielle Petito’s whereabouts,” said Teton park spokesperson CJ Adams. “As the investigation is ongoing, we do not have any further information to provide at this time.”

Reportedly, Petito’s fiance, with whom she was traveling, returned to their home in Florida, hired a lawyer and refused to cooperate with law enforcement officials, her family said.

Petito’s father, Joe Petito, told Newsday that his daughter’s disappearance is like “drowning with your hands tied behind you. You can’t describe it. There’s nothing you can do. You can’t control anything.”

Amid reports about Petito’s partner and the van, Petito’s father told the New York Post the family wants everyone to focus on finding Gabby first.

“Don’t focus on the crap, focus on finding her. I can’t implore that enough. All of the crap afterward will sort itself out. Please find her. I beg you,” Joe Petito was quoted as saying.

Schmidt, Petito’s mother, said she received text messages from her daughter’s phone until Aug. 30, several days after last hearing her voice via FaceTime or a phone call, but she clarified that she isn’t sure whether it was her daughter who actually sent those text messages.

According to Jackson Police Department Lt. Russ Ruschill, an “attempt to locate” call was recently filed for Petito.

Petito and her partner’s Instagram accounts show them at Kansas’ Monument Rocks, in Colorado Springs and Great Sand Dunes National Park, and in Utah’s Zion, Bryce Canyon and Canyonlands National Parks. The road trip was planned to end in Oregon, her mother told CBS2 in New York.

Petito’s mother has encouraged people aiding in the search to look for Petito, not the van. The van has been located and “secured,” although it’s unclear where the van currently is or who secured it.

Schmidt said her daughter routinely FaceTimed and called her, but those calls subsided in late August.

“The first couple of days when I wasn’t getting responses, I believed she was in a place with no service. It was like day eight and nine that I really became concerned,” she added.

This article has been updated to correct the phone number for tips. — Ed.