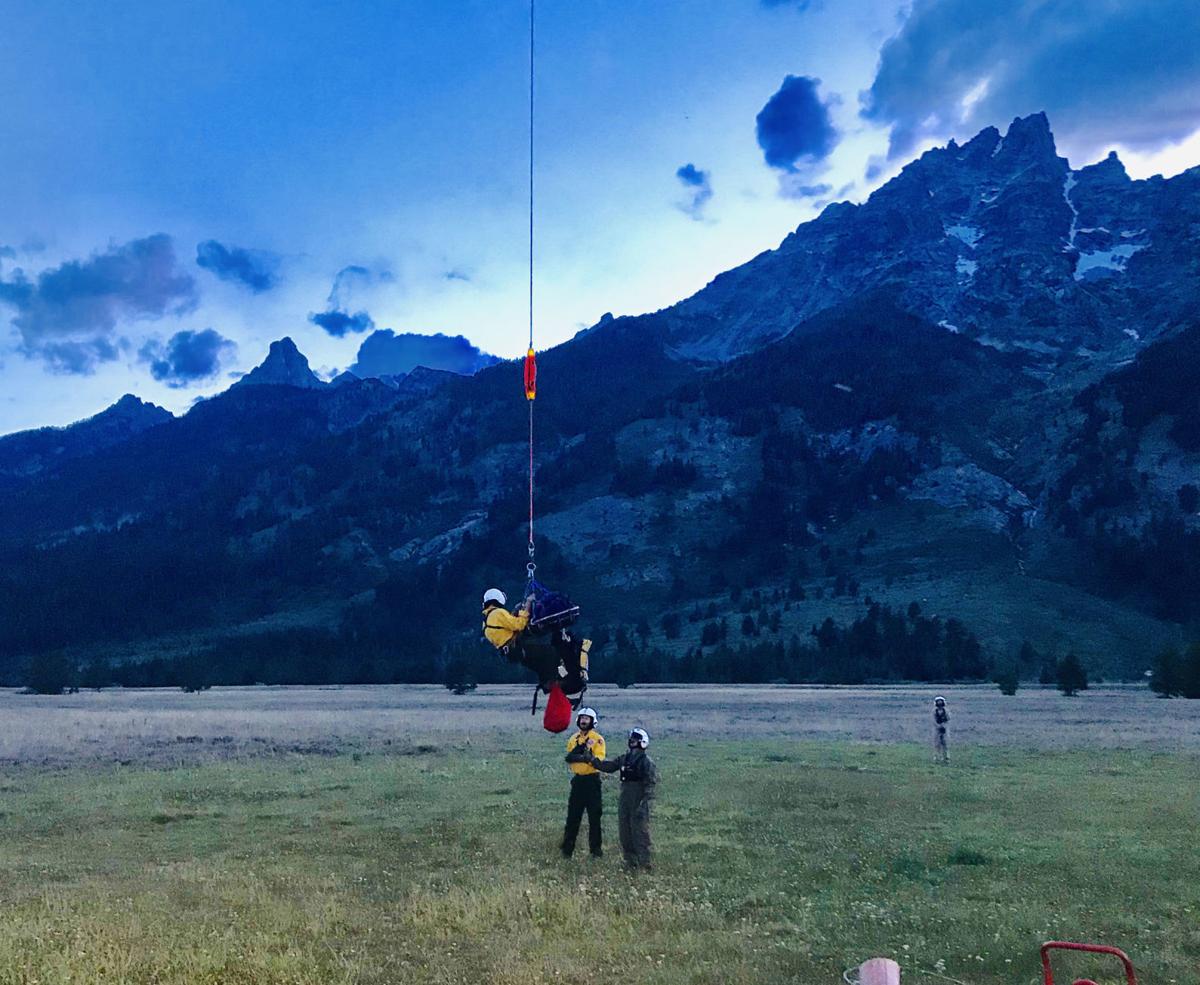 Grand Teton National Park rangers use a helicopter to lower a rescue ranger and a litter carrying a patient. 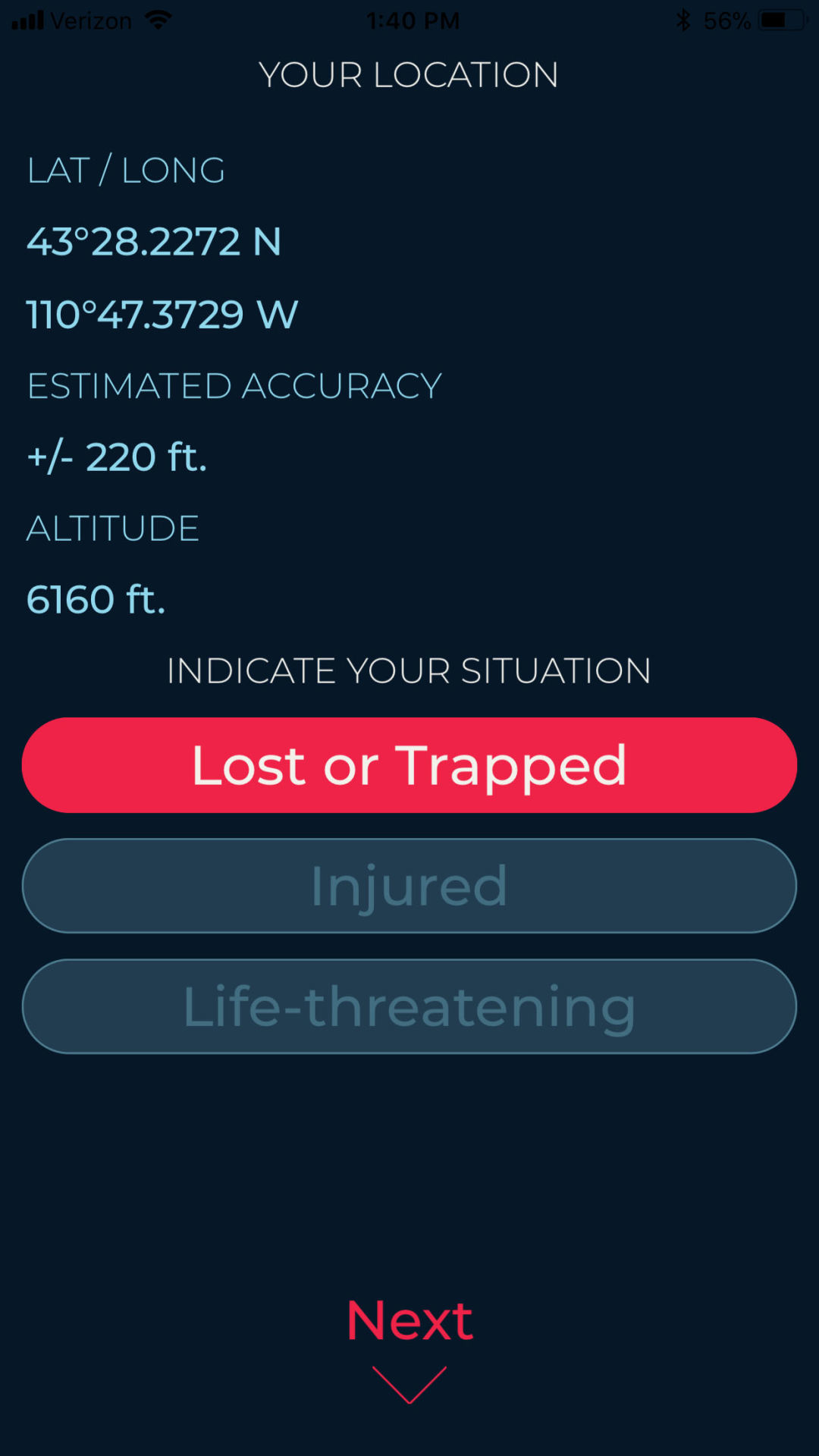 Grand Teton National Park rangers use a helicopter to lower a rescue ranger and a litter carrying a patient.

After falling 100 feet down snowy and rocky terrain Friday night in Grand Teton National Park, Nergui Enkhchineg limped into a campsite and pleaded for help.

One of the seven people at the backcountry campsite in the South Fork of Garnet Canyon had downloaded Backcountry SOS before visiting Jackson from Minnesota and had just enough cell service to get a 911 text to dispatch using the application.

They completed the mission and rushed the 28-year-old to St. John’s Medical Center just before dark.

“He found it online a few months ago when he was planning a trip in case it would be helpful,” Teton County Search and Rescue Foundation Executive Director Stephanie Thomas said.

Thomas said that since the app’s launch Search and Rescue has been conducting surveys at trailheads and boat ramps to see how many people have it. About 30% of those surveyed have downloaded it.

“We’d like to increase the number,” Thomas said. “Every reaction I get is if it’s a life saving tool then it’s worth downloading.”

When you have a little cell service it’s easier to get a text to 911 rather than trying to call, Thomas said. That’s the idea behind the app. For those who don’t have inReach devices it’s an easy way to contact 911 in an emergency.

Park rangers also started to rescue someone who became stranded on the Middle Teton on Sunday, Germann said, but a private hiking party ended up helping the hiker to safety.

Also on Sunday, park rangers helped a tourist who had a medical emergency at a backcountry campsite on Leigh Lake. Rangers used a wheeled litter to transport the sick person to a park ambulance.

“Hikers and climbers attempting larger ascents are reminded to research their route and be knowledgeable of the skills required for their trip,” Germann said in a press release. “It is imperative that hikers understand their own skills in order to prevent emergency situations for themselves and responders.”