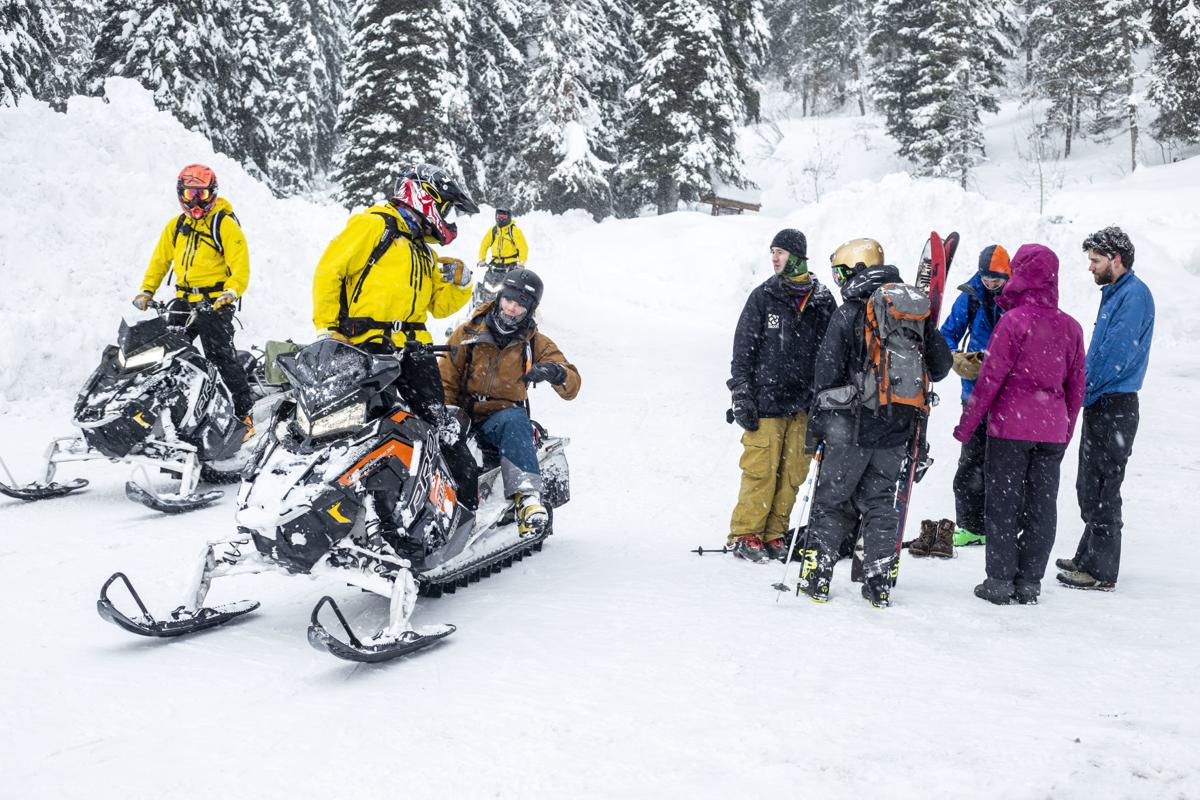 Search and Rescue volunteers return to Old Pass Road from the area near Crater Lake in February 2019 with Wylie Picotte. Picotte, from Bozeman, Montana, was one of three men buried in an avalanche involving two separate parties on the south side of Teton Pass. All three skiers who were either fully or partially buried survived the slide. 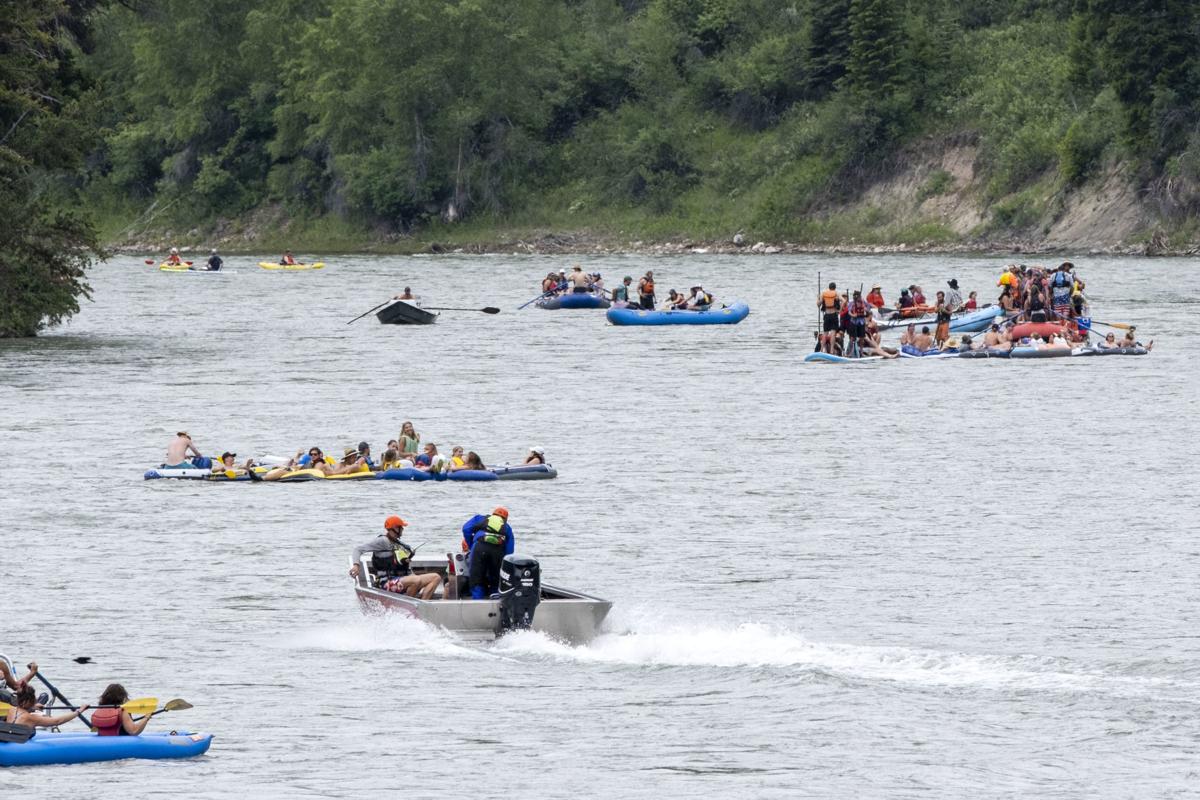 Teton County Search and Rescue volunteers use a jet boat to navigate flotillas of Fourth of July revelers while searching the Snake River for missing 21-year-old man Averin Scott in July 2019. 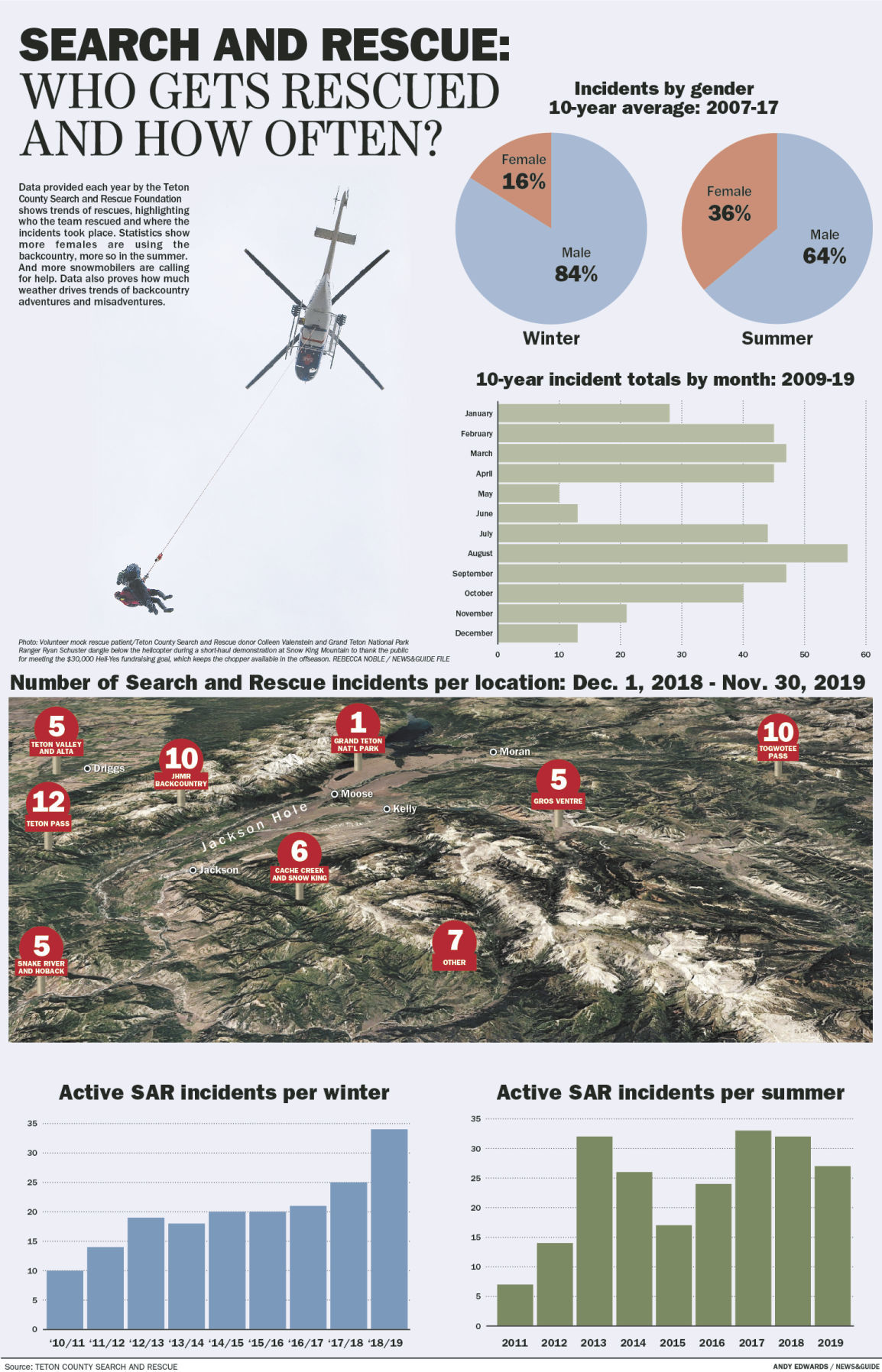 Search and Rescue volunteers return to Old Pass Road from the area near Crater Lake in February 2019 with Wylie Picotte. Picotte, from Bozeman, Montana, was one of three men buried in an avalanche involving two separate parties on the south side of Teton Pass. All three skiers who were either fully or partially buried survived the slide.

Teton County Search and Rescue volunteers use a jet boat to navigate flotillas of Fourth of July revelers while searching the Snake River for missing 21-year-old man Averin Scott in July 2019.

Teton County Search and Rescue hasn’t brought on a new recruit class since 2015, and despite normally needing new volunteers every two years the team doesn’t expect to recruit new members until 2021.

“This is the longest period between classes,” Teton County Search and Rescue Chief Advisor Cody Lockhart said. “We don’t have a revolving door of volunteers. It’s like everyone plans on being on the team the rest of their lives.”

The team has 36 active members who volunteer their time to train for and execute rescues in Teton County all year long.

Lockhart has been on the team since 2010, and as he pondered the last decade he said a lot has changed: The biggest change being there is less searching and more rescuing.

“We are more often than not responding to a known location with a known injury,” Lockhart said. “We aren’t wandering around the woods so much anymore.”

“A decade ago when we didn’t have much of that we would have someone skiing in to search,” Lockhart said. “We are doing rescues in a few hours that used to take days.”

When it comes to performing rescues, the nuts and bolts have remained the same since Teton County Search and Rescue formed in 1993.

“We still use skis, snowmobiles, ATVs, a helicopter and strong men and women,” Lockhart said. “It’s 90% the people.”

The types of rescues have also remained mostly the same but they ebb and flow depending on the year, mainly because of weather.

“The amount of backcountry skiers on Teton Pass is tenfold what it used to be and those rescues aren’t up,” Lockhart said. “That user group is more educated. The work the avalanche center and pass ambassadors have done has helped the culture around backcountry skiing, and it seems like in general rescues aren’t going up in proportion with users.”

Teton County Search and Rescue still responds to skier incidents on Teton Pass every winter, but “a decade ago we were going to the south side of the pass five times per winter it seemed like,” Lockhart said.

A more controversial trend rescuers are seeing is more accidents in backcountry areas that skiers reach via the lifts at Jackson Hole Mountain Resort.

“About a third of our rescues are out of bounds at the Village,” Lockhart said. “That’s a large chunk.”

Those missions are shared by Teton County Search and Rescue, Jackson Hole Mountain Resort Ski Patrol and Grand Teton National Park rangers, depending on where they are.

The organizations are proud of their ability to coordinate rescues and work together for the best outcomes.

“Joint training really pays off when it comes to being mission-ready,” Teton County Sheriff Matt Carr said. “Here in Teton County we have a unique scenario of federal, county and private teams coming together to work seamlessly to accomplish our often complex search and rescue missions. We are able to accomplish that work through the development of strong working relationships with one another.”

Because of increased resources and consistent response, Lockhart said the team’s internal expectations have increased alongside the community’s expectations of the standard of care rescuers are providing.

“We have the resources to provide better care now,” Lockhart said. “Ten years ago you went into the backcountry and were prepared to be completely off the grid. Now everyone goes out with beacons and Backcountry SOS and we are very much just a click away.”

Improved resources has a lot to do with the growth of the Teton County Search and Rescue Foundation, Lockhart said.

“A large chunk of our funding comes from our foundation,” he said. “It’s been a significant help with fundraising and community outreach.”

The foundation has existed since the 1990s but became an organized fundraising entity in 2010.

“Before we were more just an offshoot of the sheriff’s office,” Lockhart said, “but the foundation has been an amazing partner to support us.”

The foundation has been instrumental in annual campaigns to rent helicopters during offseasons that are less sleepy than they used to be.

In 2019 the campaign ensured rescue helicopter access for an additional month.

“We do rely on a helicopter more and more every year,” Lockhart said. “It’s been an amazing resource we can offer our community. The heli means the difference between us being a pretty good rescue team and being a great rescue team.”

The helicopter is expensive and it costs a lot just to have it sitting and ready, Lockhart said.

“When it isn’t being used we feel a little guilty, but then we get one rescue and we save a life and it’s all worth it,” he said. “We should spend whatever it costs to save a life and we have a very supportive community that helps us do that.”