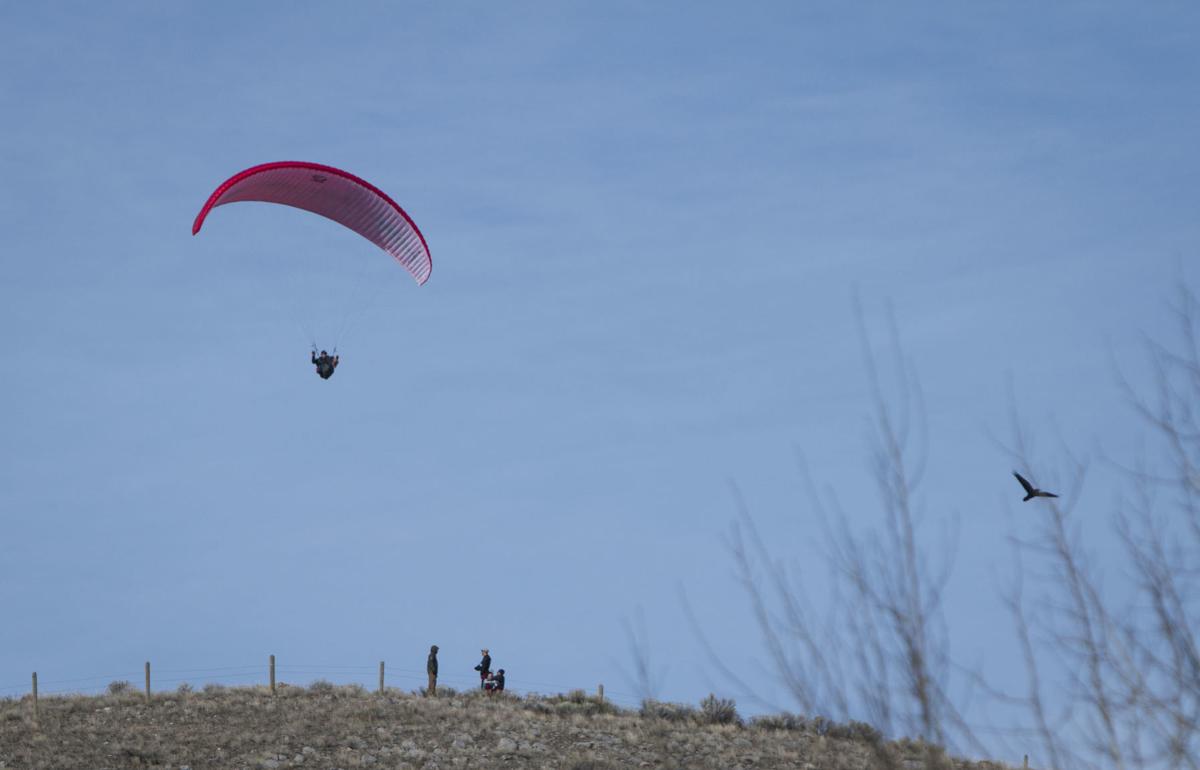 A paraglider sails over a group of hikers earlier this spring on top of High School Butte. Amid Jackson’s stay-at-home ordinance, residents have been taking to the outdoors, hiking, skiing, biking, running and more — all are allowed if social distancing is maintained. 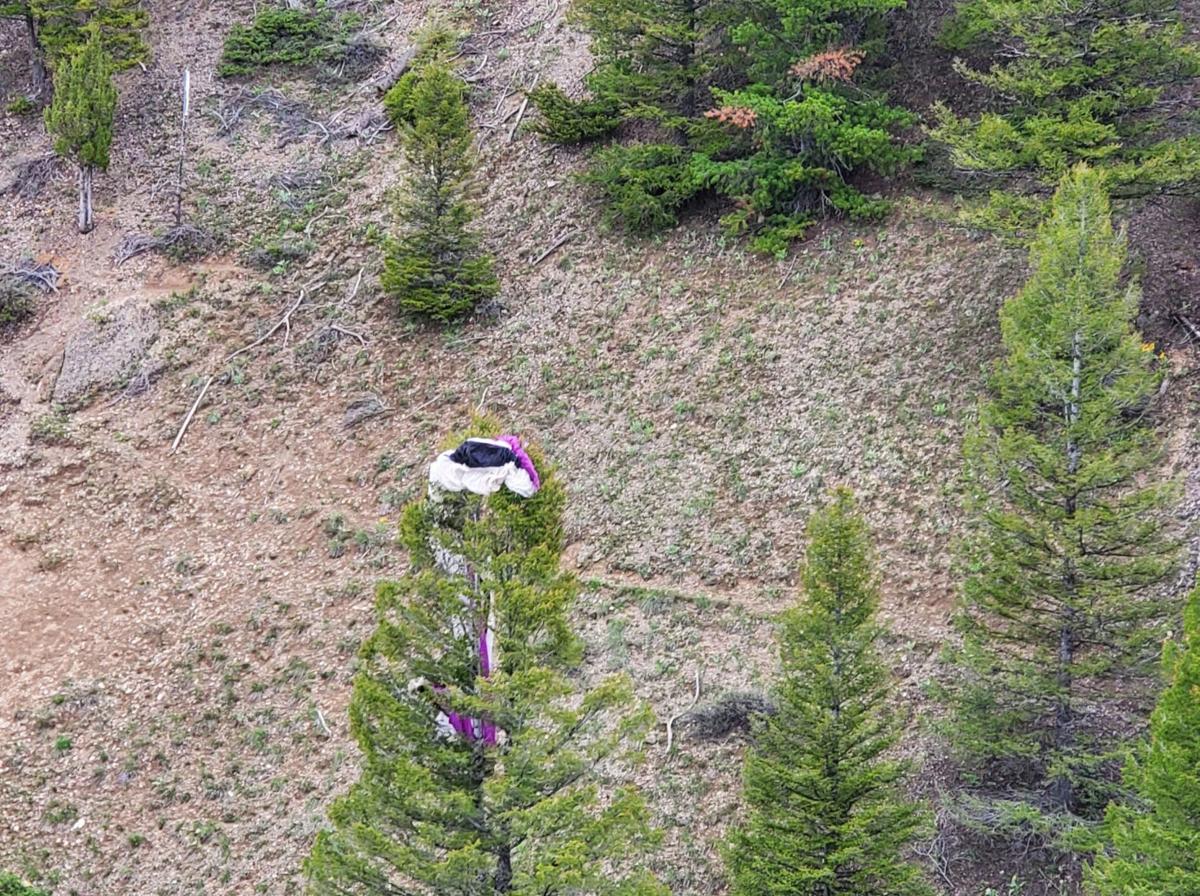 A paraglider hangs in a tree Tuesday morning south of Jackson.

A paraglider sails over a group of hikers earlier this spring on top of High School Butte. Amid Jackson’s stay-at-home ordinance, residents have been taking to the outdoors, hiking, skiing, biking, running and more — all are allowed if social distancing is maintained.

A paraglider hangs in a tree Tuesday morning south of Jackson.

A paraglider launched from a rocky cliff Monday evening near Beaver Mountain, a popular spot to take off for evening flights south of Jackson.

But the pilot, who was flying solo, caught his wing in a Douglas fir and had to extract himself from the tangled mess and climb down.

The man left the scene and his glider, only to return Tuesday morning to climb back up the 80-or-so-foot tree and cut his gear free.

Around that time Teton County Search and Rescue Pilot Cobi Stafford was flying in the area, doing an unrelated contract job for the Wyoming Department of Transportation.

Stafford spotted the tangled paraglider and circled back.

“He went back to take a second look and all of sudden a hand juts out from the tree and waves at them,” Teton County Sheriff Matt Carr said.

Teton County Search and Rescue sent a short haul team to further investigate, with the rest of the team setting up an incident command at a nearby trailhead.

Emergency responders couldn’t make contact with the man in the tree so they didn’t know if he was hurt, stuck or how long he’d been there.

While the team came up with a rescue plan the paraglider came rushing out of the woods.

“He wasn’t injured,” search and rescue chief advisor Cody Lockhart said. “He apparently just unhooked and crawled out of the tree the night before.”

The paraglider wasn’t interested in chatting with rescuers and the team didn’t provide the man’s name.

The man’s identity is also a mystery to the Jackson Hole Free Flight Club, a tight-knit nonprofit with more than 100 members.

“We started to mobilize to go help and then stood down,” said Scott Harris, owner of Jackson Hole Paragliding and member of the free flight club. “It’s unfortunate that EMS responded, but better safe than sorry.”

Harris said Monday evening would have been great flying weather and it appears the man’s wing caught the tree just as he was trying to launch.

“We encourage to always fly with a buddy,” Harris said.

Sheriff Carr said if the man had reported his accident to dispatch after it happened Monday night the miscommunication would have been avoided and search and rescue wouldn’t have come for him on Tuesday.

“It’s like a controlled burn,” Carr said. “If you’re going to burn garbage in your backyard let dispatch know so we know it’s your controlled burn and we don’t send out the fire department. Or if you wrap your raft around a rock and leave it there, tell us.”

Carr said, in the man’s defense, that his parachute was caught at the top of a tall tree and he likely thought no one would ever know.

“There’s no way you could have seen it from the road,” Carr said. “But I am glad we saw it. In any emergency situation if everyone is OK let’s celebrate that together, but always let us know.”