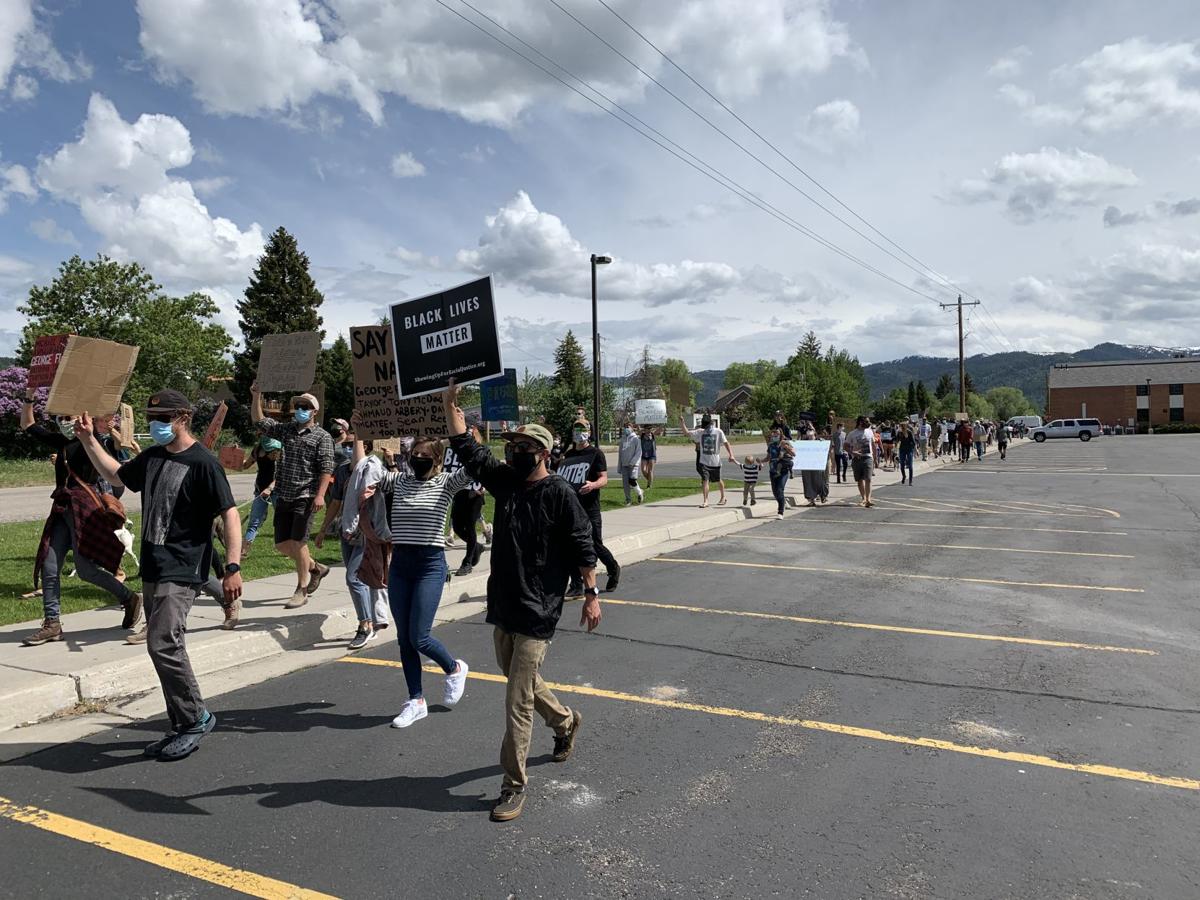 Protestors march along Agate Street in Victor, Idaho, in support of Black Lives Matter and against racism and police brutality. 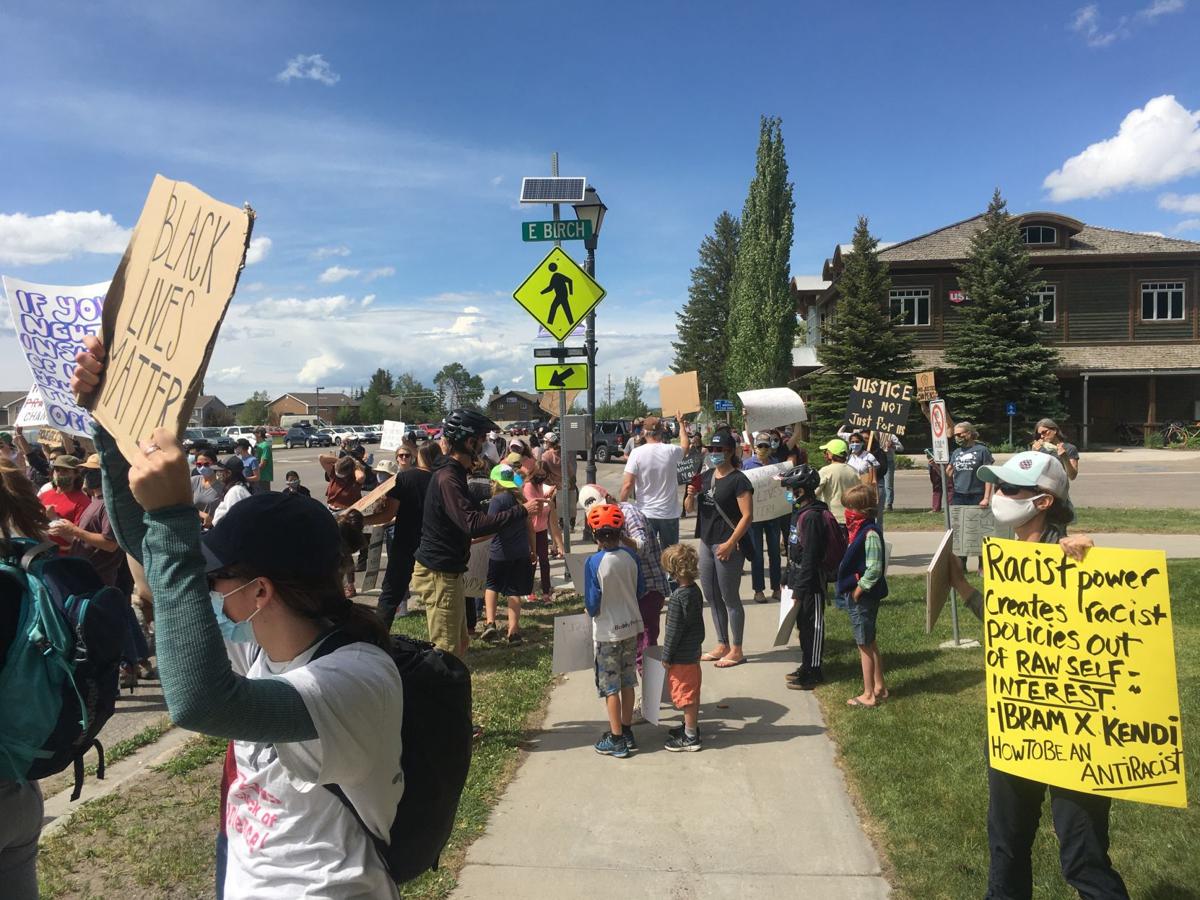 Protestors stand along Main Street in Victor, Idaho, during a demonstration in response to the death of George Floyd during an arrest in Minneapolis. 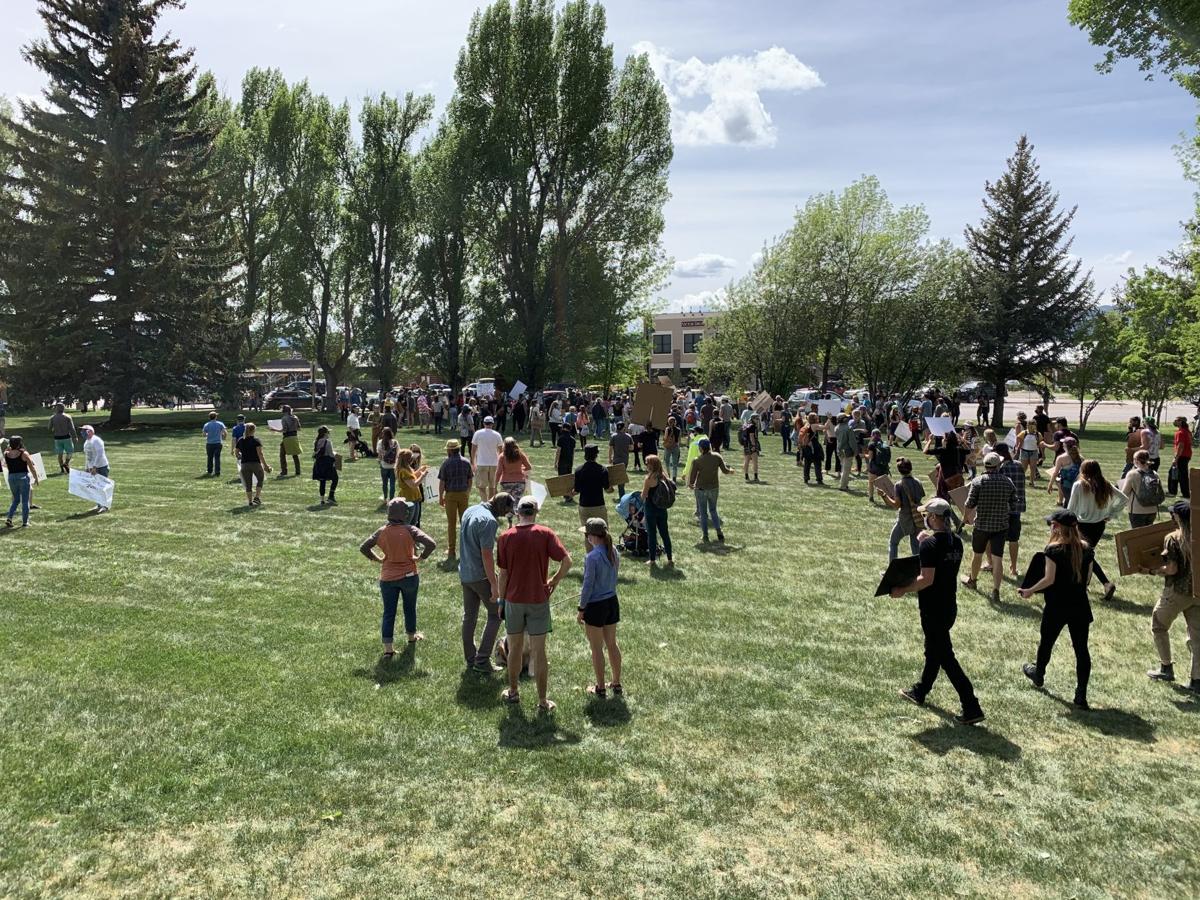 Protestors return to Victor City Park after marching through town.

Protestors march along Agate Street in Victor, Idaho, in support of Black Lives Matter and against racism and police brutality.

Protestors stand along Main Street in Victor, Idaho, during a demonstration in response to the death of George Floyd during an arrest in Minneapolis.

Protestors return to Victor City Park after marching through town.

Hundreds of people gathered in Victor, Idaho, on Saturday afternoon to protest the death of George Floyd during an arrest in Minneapolis.

Between 200 and 300 people marched up Main Street, yelling refrains that have become commonplace in the past two weeks. The gathering was the largest demonstration in the region until hundreds assembled on Town Square on Monday night.

Making a circuit through Victor past the laundromat then down Agate Street and back to the park, the march stretched to nearly two city blocks, long enough to have multiple groups leading the marchers in chants.

“I came out to fight for my black people, my black brothers. I’m showing them love, that we all matter,” marcher Lacaro Ramirez said. “This has gotta stop.”

Organizers implored the crowd to march with “love and compassion,” and protestors seemed to take it to heart. Following the short march through town, protestors lined the sides of Main Street near the city park. Drivers honked their horns and held signs in solidarity, though a few shouted retorts to protestors in support of police.

Protests like the ones in small towns around the region have been taking place all over the country, even though many towns in rural America are majority white and may not see some of the police violence and racial inequality experienced in bigger cities. But protestors say it’s important to stand in solidarity with black people in times like this.

“These small towns matter because it’s a lot of small towns,” Ande’ Green, who organized a demonstration in Alliance, Ohio, told Buzzfeed last week. “All of these small towns coming together, it’s what we need to make a change.”

People in the mostly white crowd in Victor agreed with that sentiment.

“It’s really important to stand up for what’s right wherever you are,” protestor Adam Riley said. “This is a national problem. It needs to be recognized all around the country.”

Near the end of the protest, the group took several passes from the city park to the intersection of Main and Center streets (the one stoplight in Victor) before kneeling at the intersection for 8 minutes and 46 seconds, the amount of time former Minneapolis officer Derek Chauvin held his knee on Floyd’s neck. Even the passing drivers, who honked as people waved signs early in the march, seemed to recognize the significance of the gesture and kept the horns to a minimum.

Even as the protest wound down, many of the marchers were reluctant to leave, so they circled in the city park. Some were amazed at the numbers who turned out, as well as their fervency.

“This has made me tear up,” Marcia Lemire said.