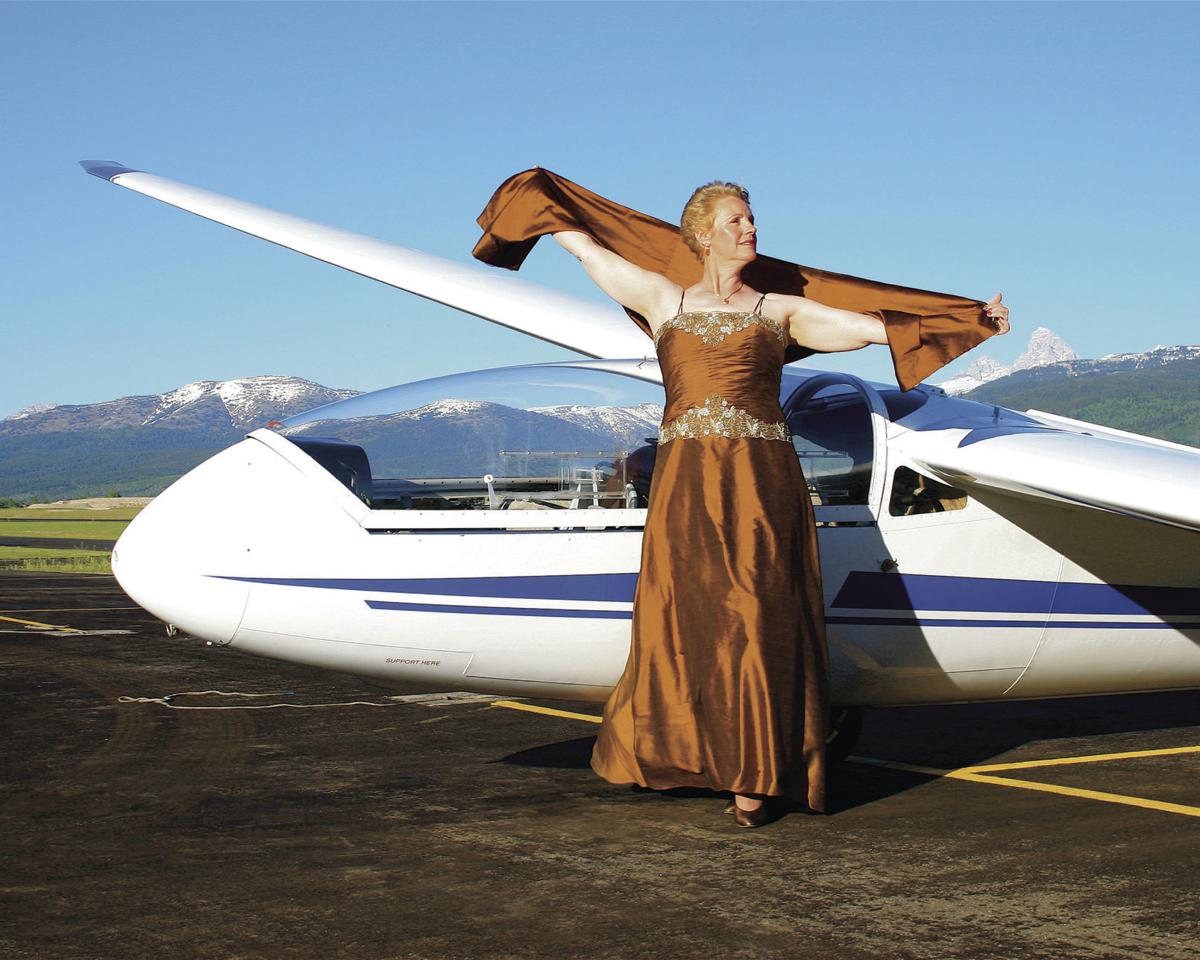 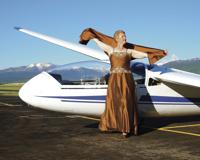 Kristine Ciesinski, an internationally known soprano, died along with a passenger while piloting a glider over the Tetons. 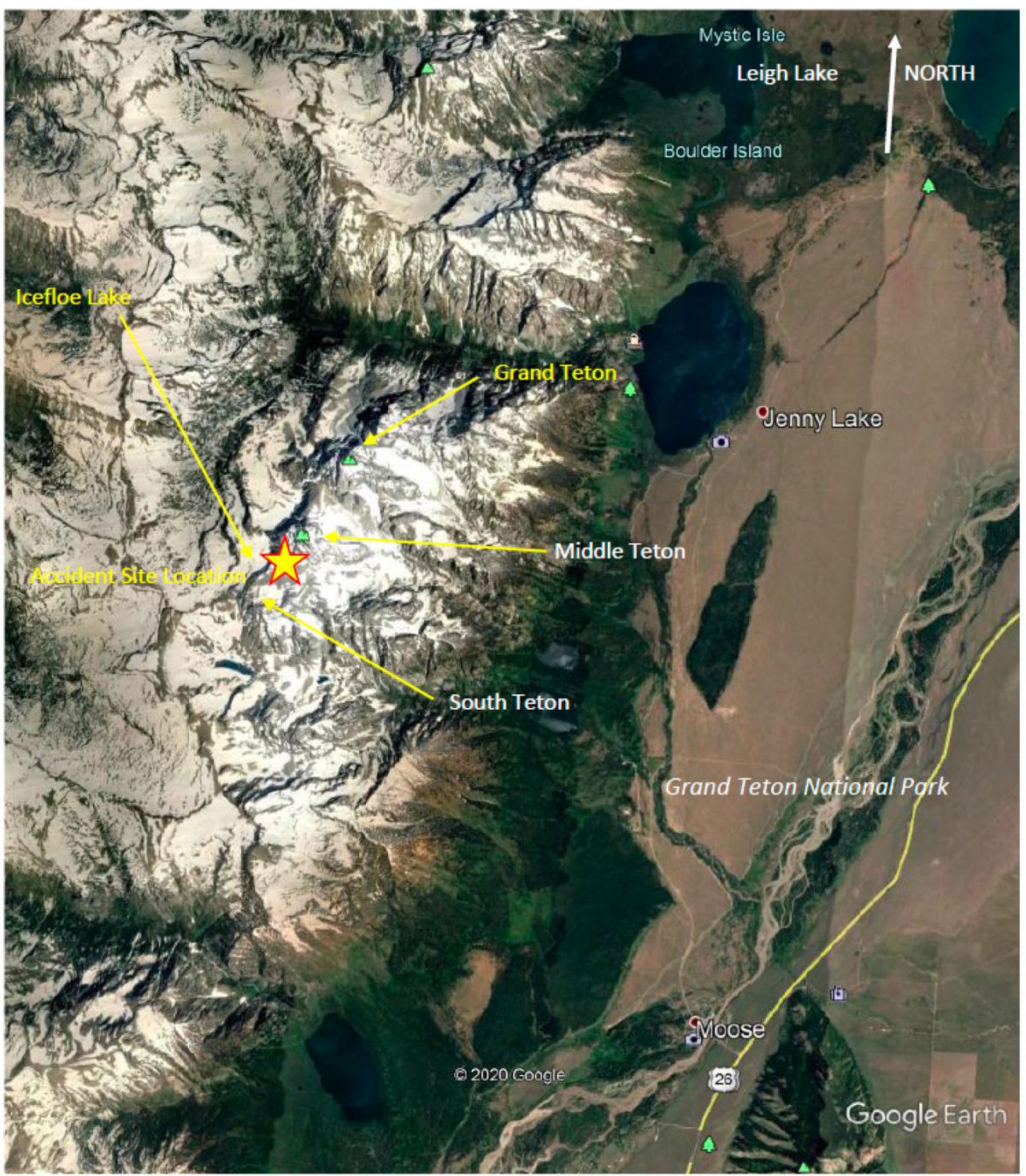 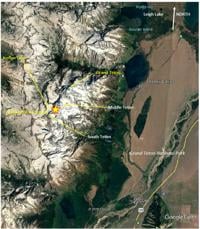 This map from a National Transportation Safety Board accident report shows the location of a glider crash in the Tetons that killed the pilot and Victor, Idaho, resident Kristine Ciesinski and her passenger, David Ross, of Salt Lake City.

The son of a man who died in a 2018 scenic glider accident in Grand Teton National Park is suing Teton Aviation for wrongful death.

The complaint, filed in Teton County District Court on June 8, claims Teton Aviation Center failed to properly service the aircraft David J. Ross was in when he died and claims the company hired and retained “careless and dangerous pilots.”

Ross, 65, of Salt Lake City, was on a scenic trip with pilot Kristine Ciesinski, 65, of Victor, Idaho, on June 9, 2018, when the aircraft crashed between the Middle Teton and South Teton, above Icefloe Lake.

The pair left that day from Teton Aviation Center in Driggs, Idaho. Around noon they were reported overdue to the Teton Interagency Dispatch center.

The wreckage was found at 10,800 feet in rocky and steep terrain.

Ciesinski, a soprano opera singer and a commercial pilot, also died in the wreck.

Ciesinski’s estate is also listed on the lawsuit as a defendant.

“Defendant Kristine F. Ciesinski had a duty to exercise reasonable care and obligation not to fly the glider in a negligent, unsafe, dangerous, reckless or careless manner,” the complaint states. “The acts and omissions of defendant Kristine F. Ciesinski, including but not limited to flying a glider in an unsafe, careless, or dangerous manner, including but not limited to being towed and released at an altitude that exceeded the certification and rating of the glider by the manufacturer, flying too close to the mountainous terrain, exercising poor judgment while operating the glider, and failing to operate the glider in a safe and prudent manner.”

The complaint claims negligence on the part of Teton Aviation, or Teton Avjet, caused the crash, the death of Ross and the “extreme fear, pain, and suffering in Mr. Ross prior to his death.”

In an accident report the National Transportation Safety Board states that it reviewed cellphone video on Ross’s phone that was recovered from the wreckage.

“After about two minutes the footage showed Middle Teton in front of the glider and off to the left; the flier was nearly level with the top of Middle Teton,” the report states. “The pilot stated, “this is not good.” The glider then banked slightly right parallel to the ridgeline of Middle Teton.”

Ciesinski was hired at Teton Aviation Center in 2001 and flew 650 hours and 559 sightseeing tours, the report stated.

The aircraft information was listed as a 1997 LET L 23 Super Blanik.

Teton Aviation suspended glider flights after the accident and they have not been resumed, employees there confirmed on Tuesday. Efforts to reach manager Peter Kline were unsuccessful.

The amount in controversy listed on the complaint is $3 million.

I have flown as a passenger in that glider with Ms. Ciesinski as my pilot. She was never negligent, unsafe, dangerous, reckless or careless. She was skillful and professional. She also took up my father and wife. We all flew the same flight plan of the accident. We approached the Grant Teton an flew along side it. I have read the FAA final accident report in its entirety and evidently there was an unforeseen powerful air movement on a blue bird day that caused the disaster. Ms. Ciesinski flew 559 sightseeing tour flights in the glider in the Tetons. The FAA report does not state anywhere that the aircraft was being operated outside of its altitude capabilities and they would have assuredly indicated this if it was a contributing factor. It was a terrible accident and the loss of life is very difficult for the family and friends of both of the deceased. That said, Teton Aviation no doubt has insurance to attempt to compensate the family of Mr. Ross. Something went terribly wrong and as a experienced back country skier things can happen to the most skilled participants, instantly and unforeseen. Very sad.

Nice comment and informative. It seems the pilot was very experienced and qualified. Sadly, some people will always blame someone for a loved ones death, and never consider the inherent risks involved when it ends in tragedy.

Unfortunately, where there are accidents, there are lawyers. Where this tragedy, there is opportunity for person gain. This is a recurring theme.