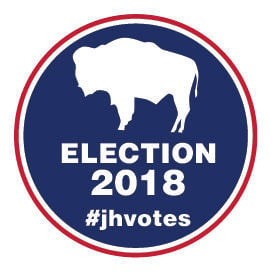 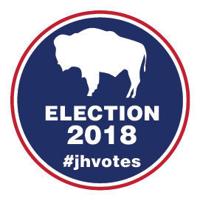 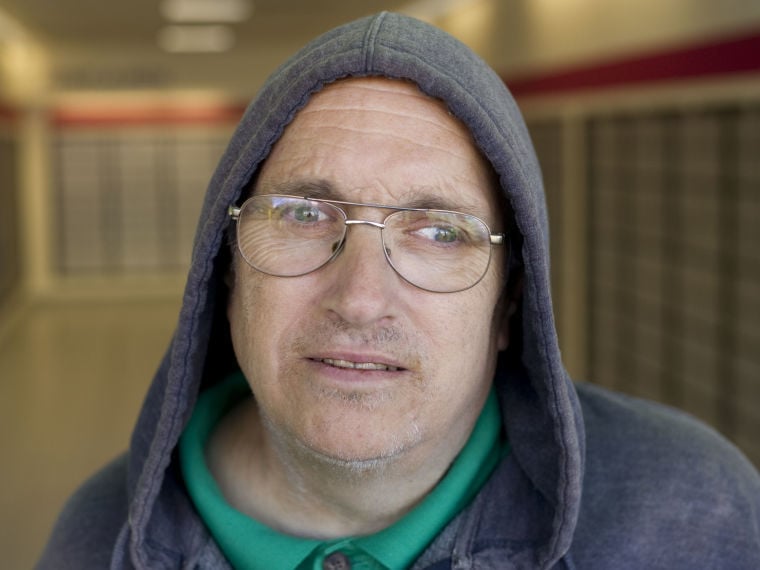 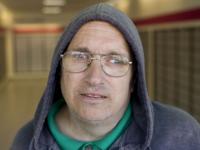 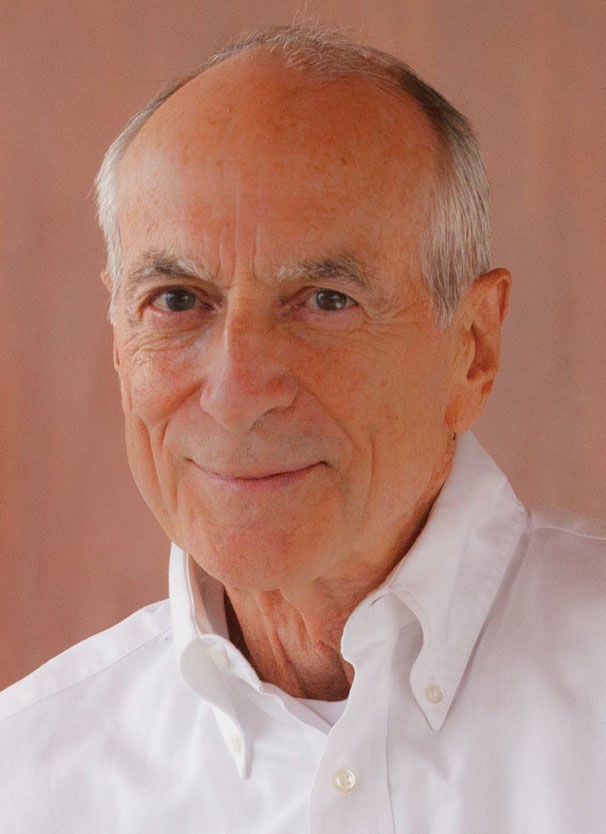 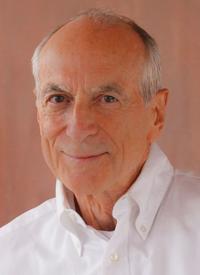 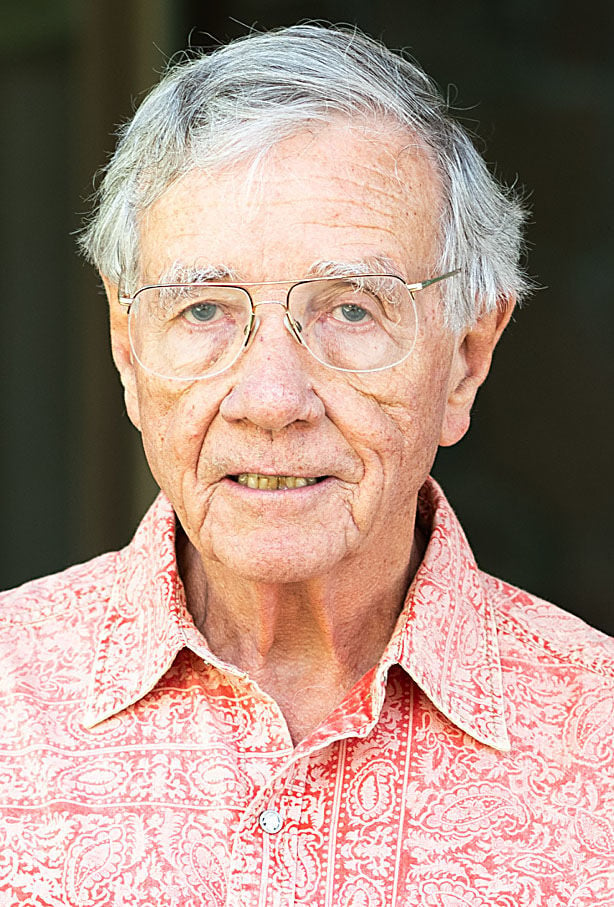 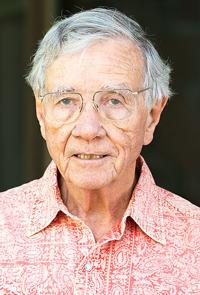 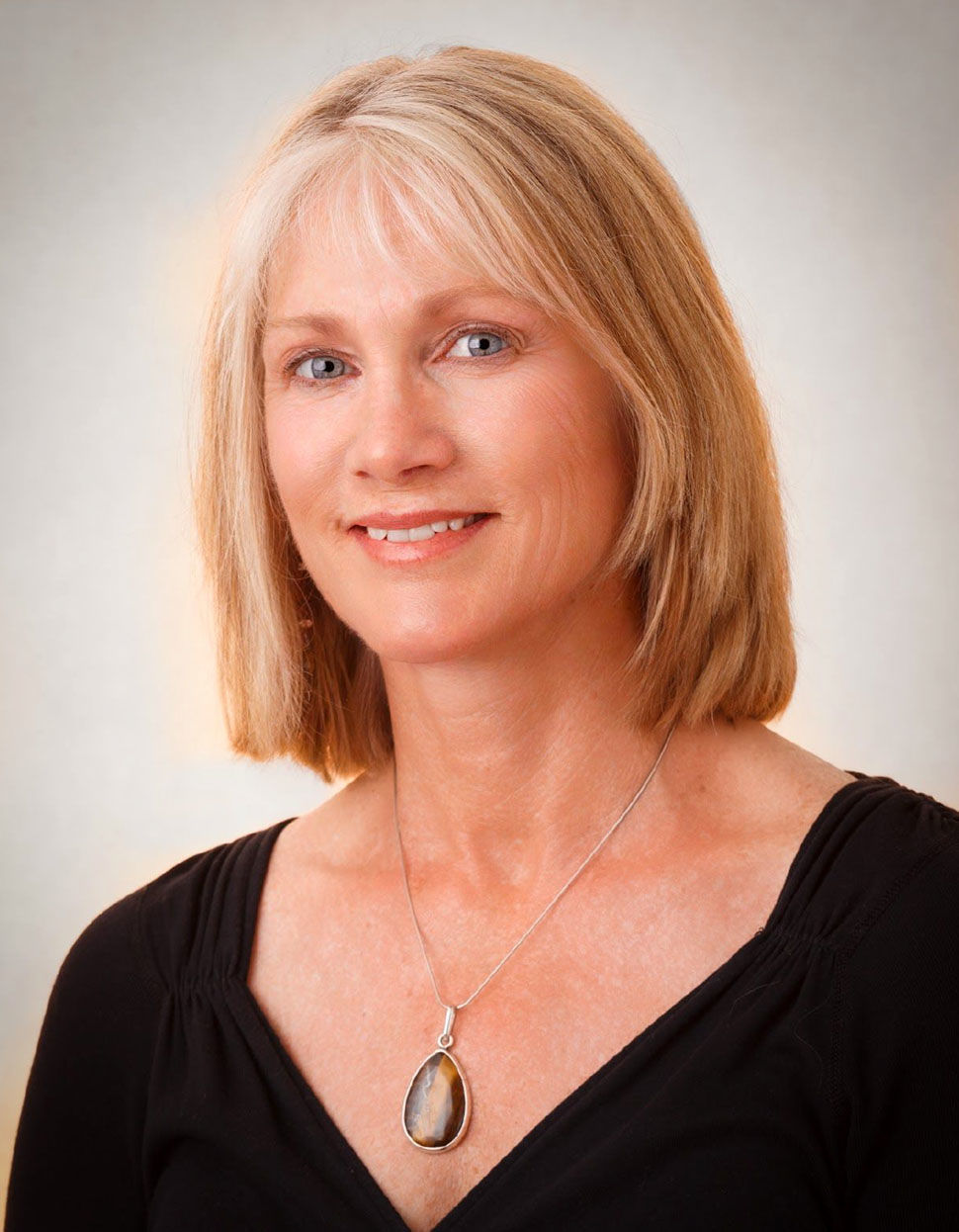 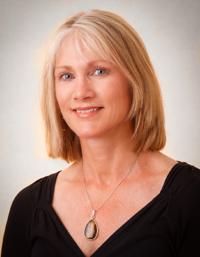 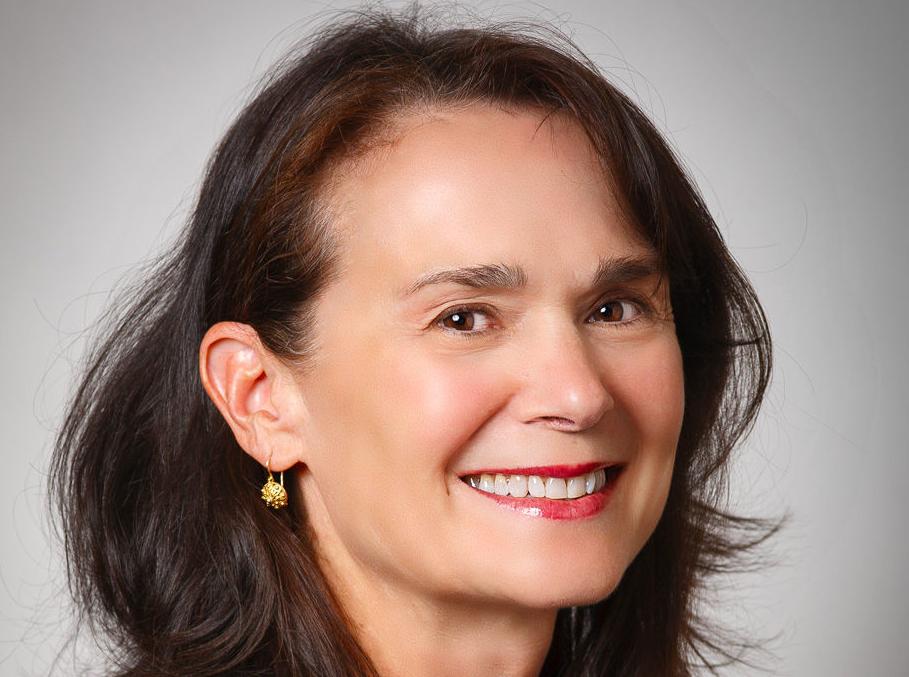 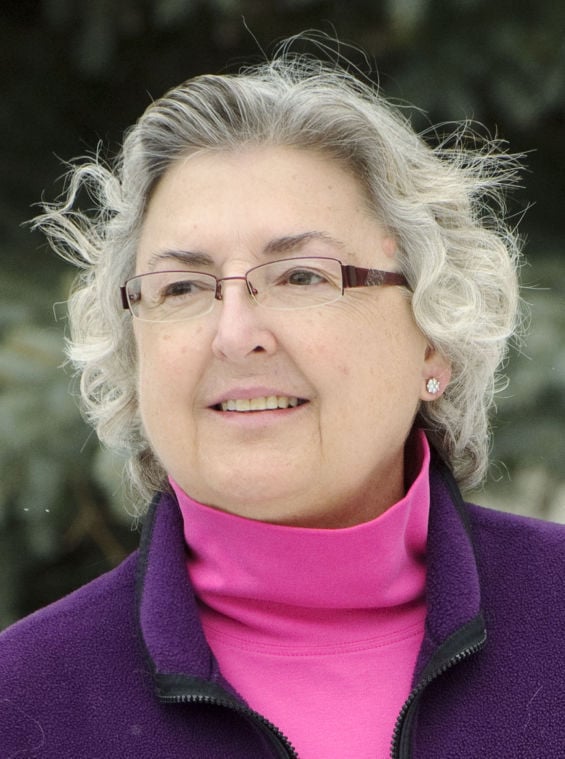 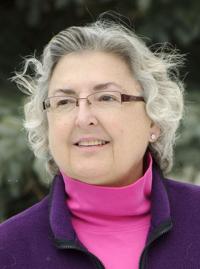 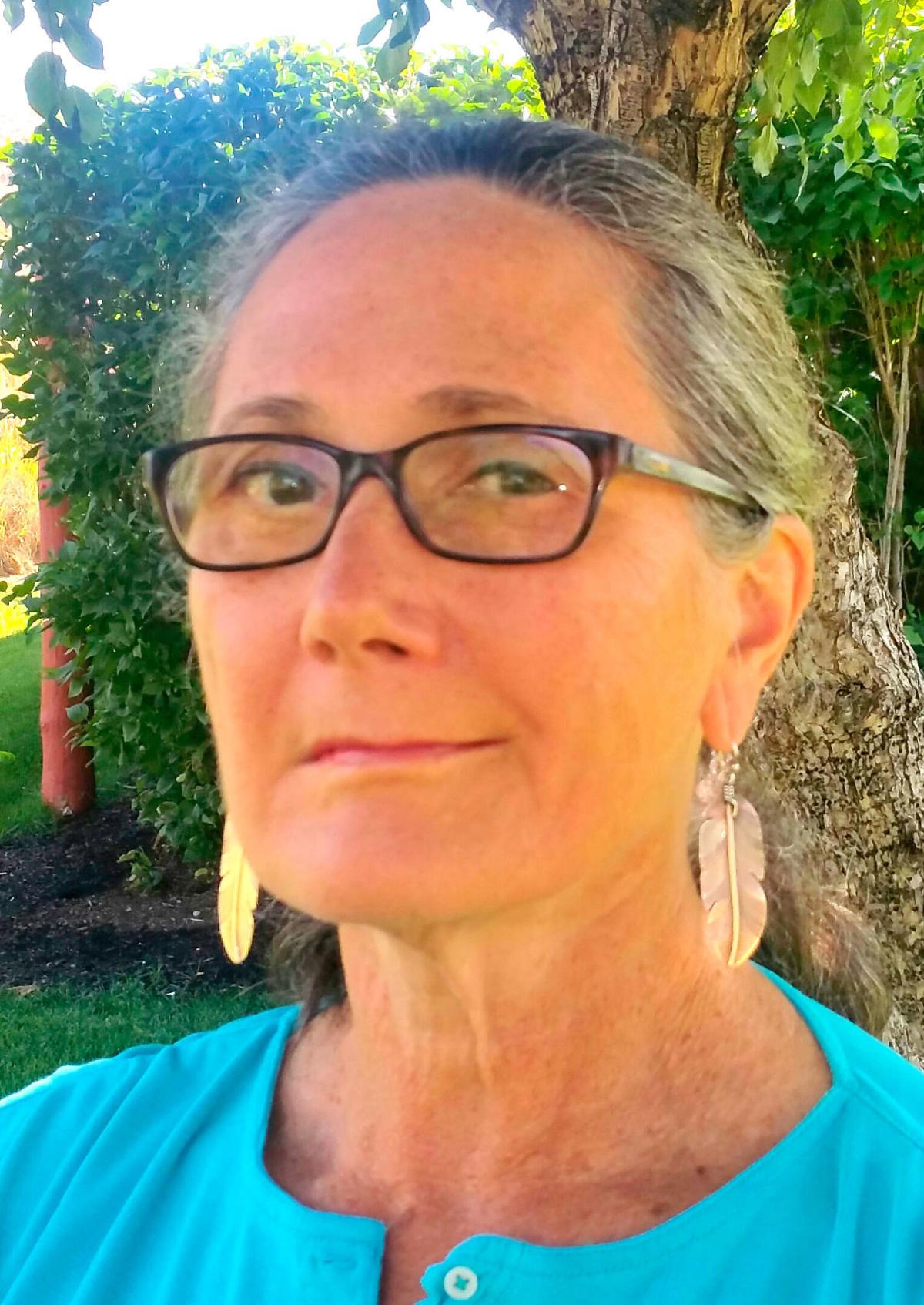 Most of the hospital board candidates who attended a library election forum said they support expanding Medicaid.

The Wyoming Department of Health has estimated if the state expanded Medicaid, roughly 20,000 people could qualify for care. But opponents say that even though the federal government is footing the bill now, the state could end up paying later.

Following a June 2012 Supreme Court decision, states faced a decision about whether to adopt a Medicaid expansion under the Affordable Care Act, extending coverage to most low-income adults to 138 percent of the federal poverty level. There is no deadline for states to implement the expansion.

Wyoming is one of 14 states that haven’t expanded Medicaid, according to the Kaiser Family Foundation. Neighboring Idaho, Utah and Nebraska are considering it, and Colorado and Montana have already expanded Medicaid.

Candidates were also asked whether they supported a single-payer health care system either statewide or nationwide. Most decided to not answer or gave vague answers.

A full video of the forum is available at Facebook.com/891khol. The forum was presented by Teton County Library, the League of Women Voters, the News&Guide, KHOL and WyoFile.

Of the 10 candidates in the race, Dr. Joshua Beck, Chris Schroeder and Dr. Geoffrey Skene did not attend the election forum, so their answers are not included here.

Among candidates seeking a seat on St. John’s Medical Center’s Board of Trustees, here’s where they stand on Medicaid expansion.

“As it happens, I volunteer as a certified health care navigator, and so I get to see personally the people who come in and are affected by this problem. ... I see people who make $10,000 a year in income, and I can give them nothing because Wyoming has not expanded Medicaid, but if they happen to make $12,000, I can give them almost a free policy. So yes, I’d be in favor of Medicaid expansion, but I also see the problem on the other end. If you make 400 percent of poverty, that’s about $100,000 in income, they fall off a cliff and they get nothing. If they make $99,000, they get almost a free policy but at $101,000, they get nothing, and I’d sort of like to see Medicaid expanded in both directions. I have not myself seen a Medicare-for-all policy that I think is fiscally responsible. I am open to the possibility, but at the moment I’d like to see Medicaid expanded in both directions.”

“On the Medicaid expansion, already the hospital is giving massive discounts to Medicare, Medicaid, ACA as well as bad debt and charity [care]. That’s part of a community hospital, and we will continue to do that. But expanding that even further is going to cause greater hardship for other services down the road. I have been encouraged on this campaign trail by many of the candidates that are running for state office that they’re going to take a hard look at this. Health care costs in the state of Wyoming are one of the highest for individual insurance policies because we do have such a small population. So hopefully those changes will be positive rather than negative, and I look forward to seeing what happens and maybe working with some of these state representatives if elected.”

“Yes, I believe in Medicaid expansion. And as for national, I’m also up in the air. We try to help, and there are so many people who don’t make it in, and if national could help, yes, that would be fine.”

“I basically have to say I so agree with Joe that there’s a huge problem in how they calculate these, when you get benefits and when you don’t get benefits, and this cliff side that hits the other end where suddenly you’re qualified for Medicaid plans, you’re qualified for marketplace plans, and then, boy oh boy, you make $1 too much, and it’s not phased out. It’s just gone. It’s just gone. And people are suffering from this. The medical system — medical insurance, medical oversight, Medicare — I’m afraid all of it’s pretty well broken. What we have to focus on is what we can do locally for our community. I think Medicaid expansion would help with those people who are not getting anything because their income is too low. ... I am in favor of a single-payer system. I think we’re going to have to go there some place, but Medicare is not qualified to run it. So it’s going to be interesting to see if some of the people, the brain trusts in this country, can come up with something else.”

“I want to reiterate what Joe said as well. I think it makes incredibly good sense, and, yes, we should get Medicaid expansion. To the Medicare-for-all question I think single payer is in fact where we need to go if we’re going to have health care in this system be available to everyone. But, of course, the devil’s in the details. What is that single-payer system going to cover, and who gets to decide? So it’s not something that’s going to be an open-and-shut case. It’s going to take lots of negotiation around which services should be covered. We’ve looked at an example from Switzerland: There are basic services that are available to all, and then, if you want to put frosting on your cake, you can do that out of your own pocket. So that may be one of the ways it needs to go. But, yes, we can’t be an industrialized country and have the highest prenatal mortality rates and the highest you-name-it bad health. It’s just not working.”

“Oh, boy. Do we want to be here for a couple of days? I support Medicaid expansion because we have so many, many people in our state who do not have access to health care. As far as national health care politics, I won’t even begin to go there. Health care is so complex. The one thing I would like to say is that... the best way to prevent health care costs from rising is to have a healthier population. And to have a healthier population we need education, we need preventive care, we need wellness, and I’m really proud of the hospital. We’ve invested resources in our wellness department, and we need to be focused on expanding primary care and to make sure that not only our young, but our elderly, are taken care of. And I believe, yes, Medicaid expansion would do this. But nationally, I’ll leave the question on the table.”

“I think from the point of view of the state of Wyoming and the residents of Teton County, that Medicaid expansion is a no-brainer. We are giving away literally hundreds of millions of dollars or at least leaving untapped hundreds of millions of dollars by refusing Medicaid expansion simply to thwart the supporters of President Obama’s programs. On the national side, very difficult issue. Like I said, I used to teach at Harvard Business School, oftentimes called the West Point of capitalism, so certainly I’m not the enemy of free markets and competition. But the health care sector is irretrievably broken, and competition simply will not work. We have consumers, patients who are uninformed consumers of medical services and have to rely on the advice of their physicians. On the supplier side the health care sector is afflicted by concentration, massive governmental interference or involvement, and it’s simply not remotely resembling the free market. Whether a single payer would help in eliminating the massive levels of bureaucracy and expense in the insurance sector, I don’t know, but it might be worth taking a hard look at.”

See more on the hospital candidates’ positions in our general election special section inside this week’s News&Guide.