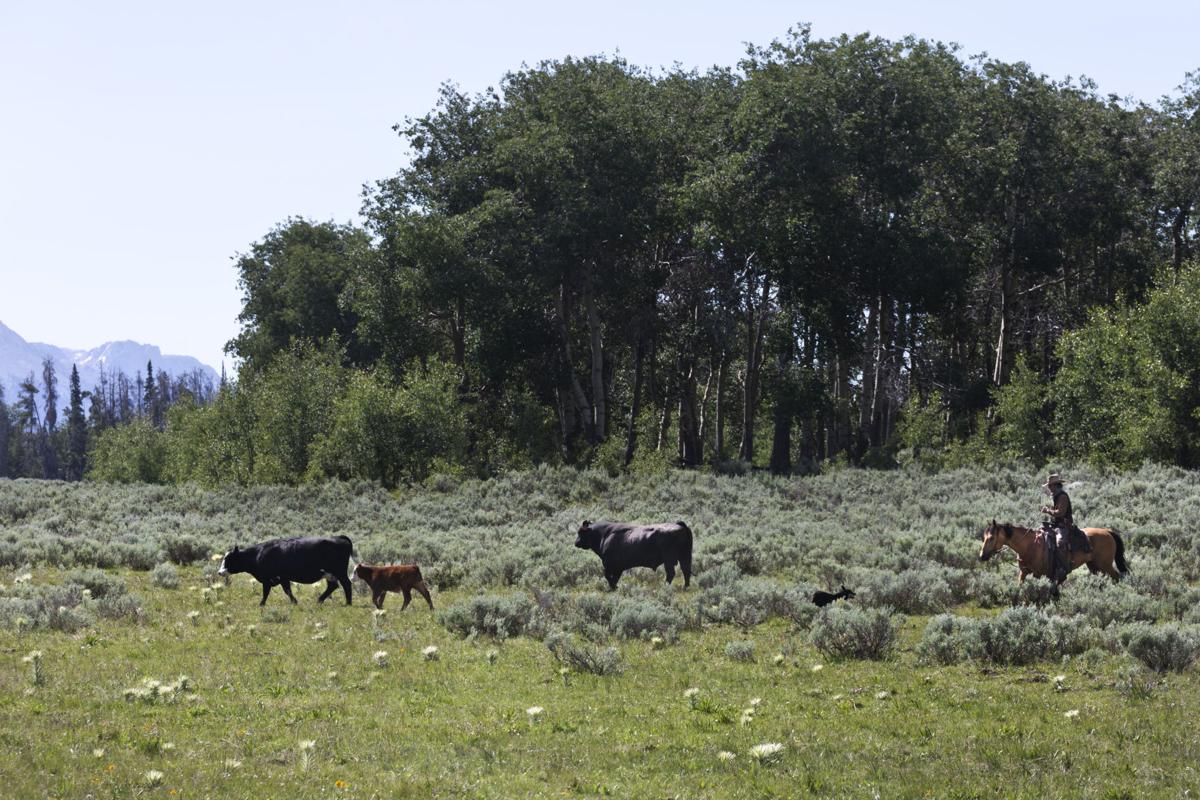 Range Rider Phil McGinnis debuted a new herding practice on the Mosquito Lake pasture in the Upper Green River this summer. Designed to reduce conflict with grizzlies and wolves, the technique had mixed results. 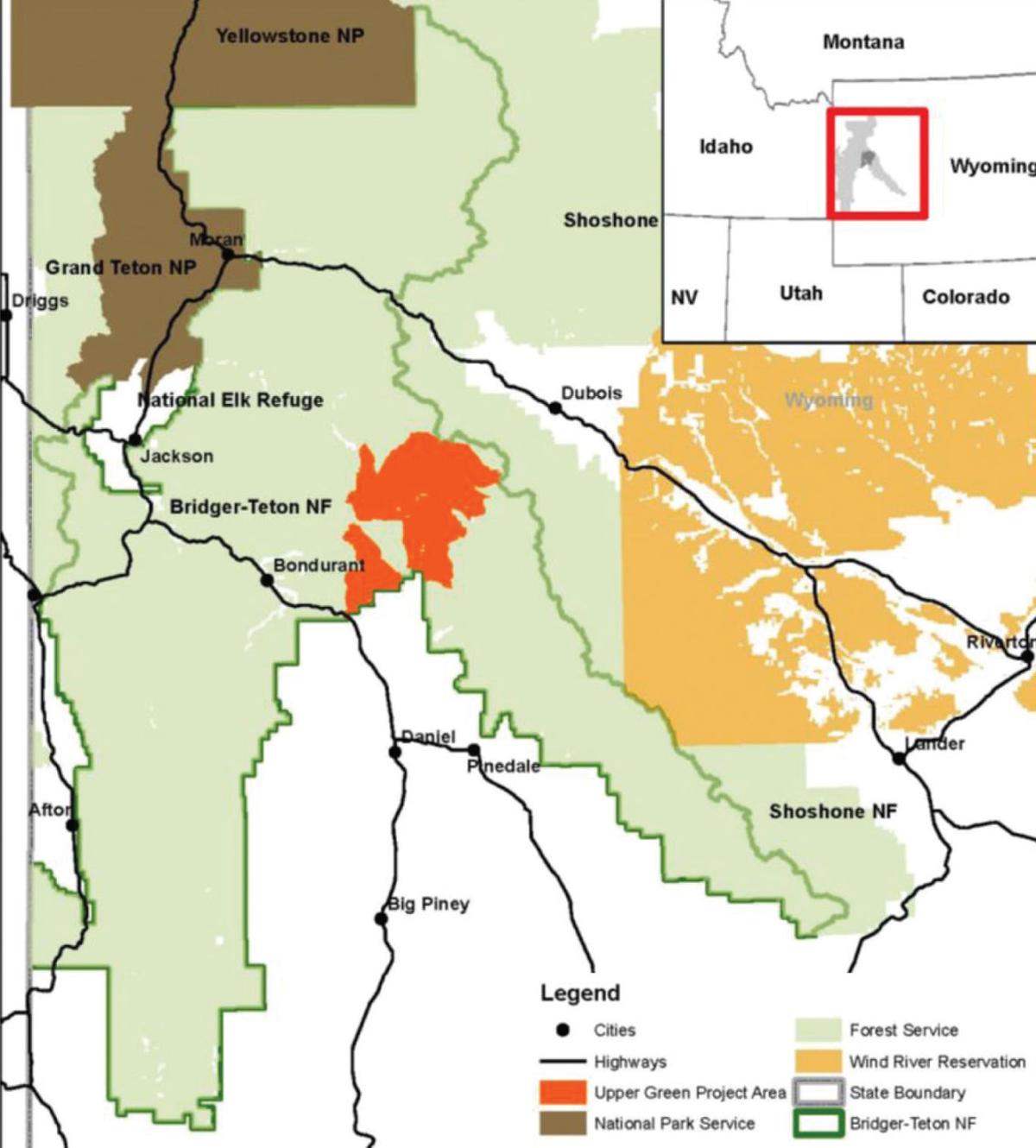 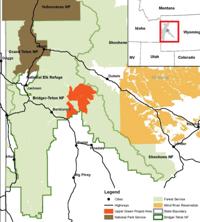 Livestock grazing on 266 square miles of the Bridger-Teton National Forest east of Jackson is being analyzed through a draft environmental impact statement. The forest’s preferred plan includes no new required techniques to curb chronic grizzly-cattle conflict.

Range Rider Phil McGinnis debuted a new herding practice on the Mosquito Lake pasture in the Upper Green River this summer. Designed to reduce conflict with grizzlies and wolves, the technique had mixed results.

Livestock grazing on 266 square miles of the Bridger-Teton National Forest east of Jackson is being analyzed through a draft environmental impact statement. The forest’s preferred plan includes no new required techniques to curb chronic grizzly-cattle conflict.

No rangeland management changes are being considered to curb cattle conflict in the most problematic area for grizzly bears in the Greater Yellowstone Ecosystem.

The forest’s treatment of coexistence between bears and cows was a letdown to Bonnie Rice, the Sierra Club’s Greater Yellowstone/Northern Rockies senior campaign representative.

“Some of the measures that conservation organizations were recommending a couple years ago were pretty much dismissed in an alternative that the Forest Service decided wasn’t worth analyzing in detail,” Rice said. “That’s disturbing to me.”

The effectiveness of conflict-reduction methods was “too uncertain,” Bridger-Teton officials contended in their planning document. Measures mulled in the set-aside “bear-friendly” option included permitting only yearling cattle instead of cow-calf cattle pairs and requiring carcass removal, guard dogs and “close herding” of livestock.

“If you never try anything,” she said, “how do you know whether that’s effective or not?”

It’s clear, at least from the last several years, that the 10,000-plus cattle that are permitted to graze the Upper Green have been the largest localized source of grizzly bear mortality in the Yellowstone region.

Between 2011 and 2015 there were 256 livestock conflicts in pastures near the Green and Gros Ventre river headwaters. Seventeen grizzlies were killed in response. In that same period across the rest of the Yellowstone region, just four other livestock-depredating grizzlies were killed by managers — meaning the Upper Green was the site of 81 percent of all livestock-related lethal conflicts.

Cattlemen have resisted required conflict-reduction techniques, but did voluntarily test a herding method designed to reduce bloodshed on one pasture this year. Albert Sommers, the Upper Green River Cattle Association’s president, said that the technique had mixed results this grazing season, which ended Oct. 15.

“The judgment is out yet on whether it’s a good thing or bad thing,” Sommers said. “I hope to continue it in one shape or form next year, maybe for a couple, three years.”

Sommers also stressed having flexibility within the association’s permits to move cattle out of harm’s way.

Because grizzlies are protected as threatened under the Endangered Species Act, a required U.S. Fish and Wildlife Service document called a “biological opinion” sets limits on grizzly mortality and holds cattlemen and the forest to certain standards to reduce conflict.

Conservation measures included in the latest biological opinion, which authorizes the killing of 11 grizzlies over any three-year-running period, are uniformly woven into all the alternatives in the Bridger-Teton’s draft plan that allow grazing.

The measures include requiring range riders to look for sick and injured animals, removing cow carcasses within a half-mile of roads and other areas used by humans, and recommending that permittees and their employees carry bear spray.

Recommending — rather than requiring — bear spray was the result of displeasure from livestock producers, according to one conservationist who has advocated for less intensive Upper Green grazing for years.

“They’re such spoiled brats — they’re so used to getting their way for everything and dictating public lands management for their own benefit — that they can’t even bother to carry pepper spray,” Ratner said. “It’s ridiculous.”

In Ratner’s view, the Bridger-Teton fundamentally mismanages Upper Green rangeland by prioritizing cattle grazing over federally protected species like grizzlies and wolves. The Bridger-Teton’s land and resource management plan, he said, classifies 96 percent of the grazing area as turf where wildlife is supposed to be given priority.

“Anytime a grizzly bear or a wolf munches one of the unnatural food sources that they’ve put out,” Ratner said, “then the endangered species is killed.

Rob Hoelscher, the forest’s Pinedale District ranger, stood behind keeping grazing on the landscape in the Upper Green.

“All in all, the ground out there is looking really good and there’s been progress,” Hoelscher said. “From a management standpoint, I think it’s very important to continue that whole multiple-use aspect of managing the national forest, and grazing is another one of those uses that we feel is important and it’s our intent to move forward and allow those uses.”

The Bridger-Teton is fielding comments on its draft plans for the Upper Green rangeland through Nov. 21. The plan and related documents are posted online at FS.USDA.gov/project/?project=3049.