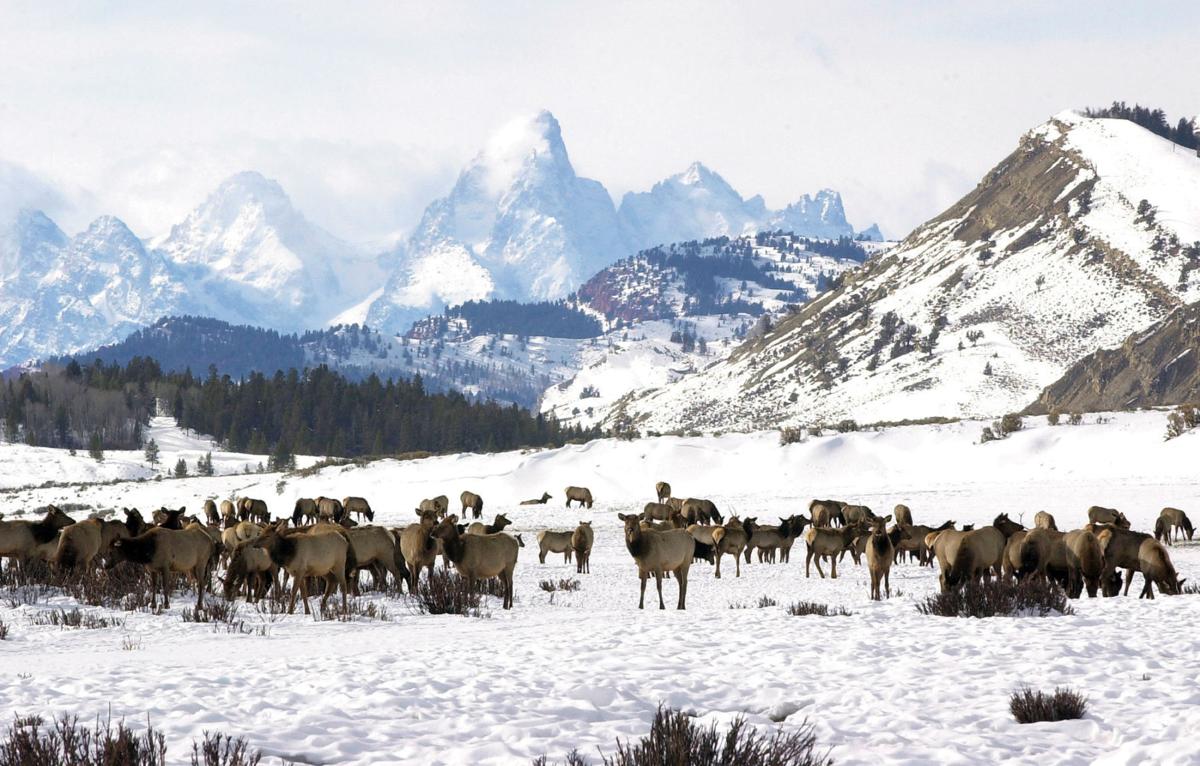 For decades, elk have gathered on the Alkali feedground, pictured, to receive daily rations of hay. But because of litigation, the Bridger-Teton National Forest is taking steps to close the operation down. 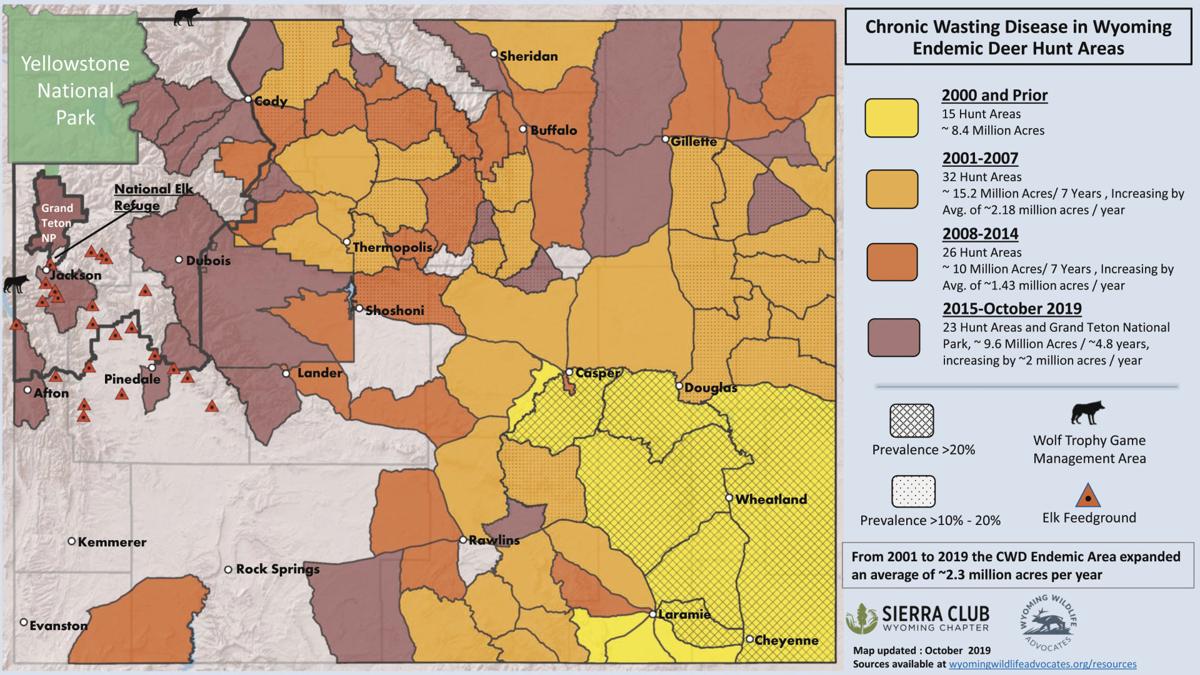 For decades, elk have gathered on the Alkali feedground, pictured, to receive daily rations of hay. But because of litigation, the Bridger-Teton National Forest is taking steps to close the operation down.

Conservation groups are challenging the pace of the Bridger-Teton National Forest’s planned phase-out of the Alkali Creek Feedground.

Following a protracted legal battle, in 2018 U.S. District Court Judge Nancy Freudenthal threw out the forest’s 2015 reauthorization of the feedground, which the Wyoming Game and Fish Department operates. But the Bridger-Teton released a proposed plan in early October that would allow “emergency” feeding at Alkali Creek for up to 10 years.

Combs’ organization, Western Watersheds Project and the Sierra Club’s Wyoming chapter released a statement condemning the proposed emergency feeding and asking the Bridger-Teton to end the practice no later than spring 2021.

The terms of the proposed plan allow elk feeding on only 5 acres of the 91 acres historically used for the operation and only in the event of an “emergency.”

A Bridger-Teton employee must concur with the state’s declaration of the need for emergency feeding. Qualifying conditions include if elk are damaging nearby private lands or mixing with cattle; if feeding is necessary to stop a “large down drainage movement” of animals toward the National Elk Refuge; or if there are 300 elk staged at Alkali and they are not dispersing.

At the end of five years, “if necessary,” the Bridger-Teton could grant another five-year extension of the emergency feeding permit, which would continue the historical, controversial means of managing elk until as late as 2029.

Combs said the forest told the nonprofits a decision would be made by Nov. 1, but as of Tuesday evening the Bridger-Teton had not determined a path forward for the feedground.

“I don’t have an exact timeline for when the decision will be signed,” Ecosystem Staff Officer Randy Griebel said. “We’re probably going to be looking at going that direction, but I don’t know what Mary [Moore] is thinking.”

Moore is the Jackson District ranger and will have the final say on whether the forest adopts the proposed emergency feeding plan. She was unavailable for comment Tuesday.

With chronic wasting disease marching west, renewed attention has been given to the state-run feedgrounds, of which there are 22 in western Wyoming. Combs said a decision to prolong emergency feeding would ignore both Freudenthal’s ruling and the science around the fatal prion disease.

“The court ordered the Forest Service to take a hard look at the cumulative impacts of feeding on the health of the ecosystem,” she said. “That has not been done.”

Game and Fish will still operate a pair of feedgrounds farther up the Gros Ventre River drainage — the Patrol Cabin and Fish Creek feedgrounds. If elk accumulate at Alkali Creek and feeding resumes there, the stated goal is to entice them up the drainage to another feedground.

The proposed phase-out plan would allow “use of the route between Alkali Creek Feedground and Patrol Cabin Feedground to draw elk to Patrol Cabin from Alkali Creek.” In their public comments on the plan’s scoping documents, the conservation groups took issue with the broad mandate.

“Even at only 20 feet wide, a 4-mile-long corridor would amount to an additional 9.7 acres, thus tripling the [special use permit] area,” their comments read. “The Forest Service must disclose what activities will be permitted on the 4-mile long route.”

In their scoping documents, Bridger-Teton administrators maintain that emergency feeding would have “minor” effects on the ecosystem and give them and the Wyoming Game and Fish Commission ample time to develop a plan that will help keep elk off private ranchland.

Combs said a prolonged abatement of feeding is not necessary.

“They’re not going to stand around and starve to death,” she said. “There is ample evidence of natural forage.”

No decisions have been made, and the Bridger-Teton doesn’t plan to phase out the other two feedgrounds in the Gros Ventre any time soon. Griebel said Alkali Creek is the only one on the chopping block, but that the forest is open to whatever steps the state wants to take in curbing CWD, which could include closing feedgrounds.

“We want to be a player in phase two of the CWD work group Game and Fish is putting together,” he said.

Until the state turns its attention to other feedgrounds, the conservation groups await the Bridger-Teton’s decision. Should the forest choose to allow emergency feeding, it hasn’t ruled out returning to litigation, which led to the original decision on Alkali Creek.

“We potentially would go back to court,” Combs said. “We’ve talked to our lawyers about what are the alternatives if the Forest Service does continue down this path.

“They’re ignoring the court order in the grand scheme of things.”