A pine marten laps up water that cascaded off the Old Faithful Inn during a sprinkler test Tuesday. 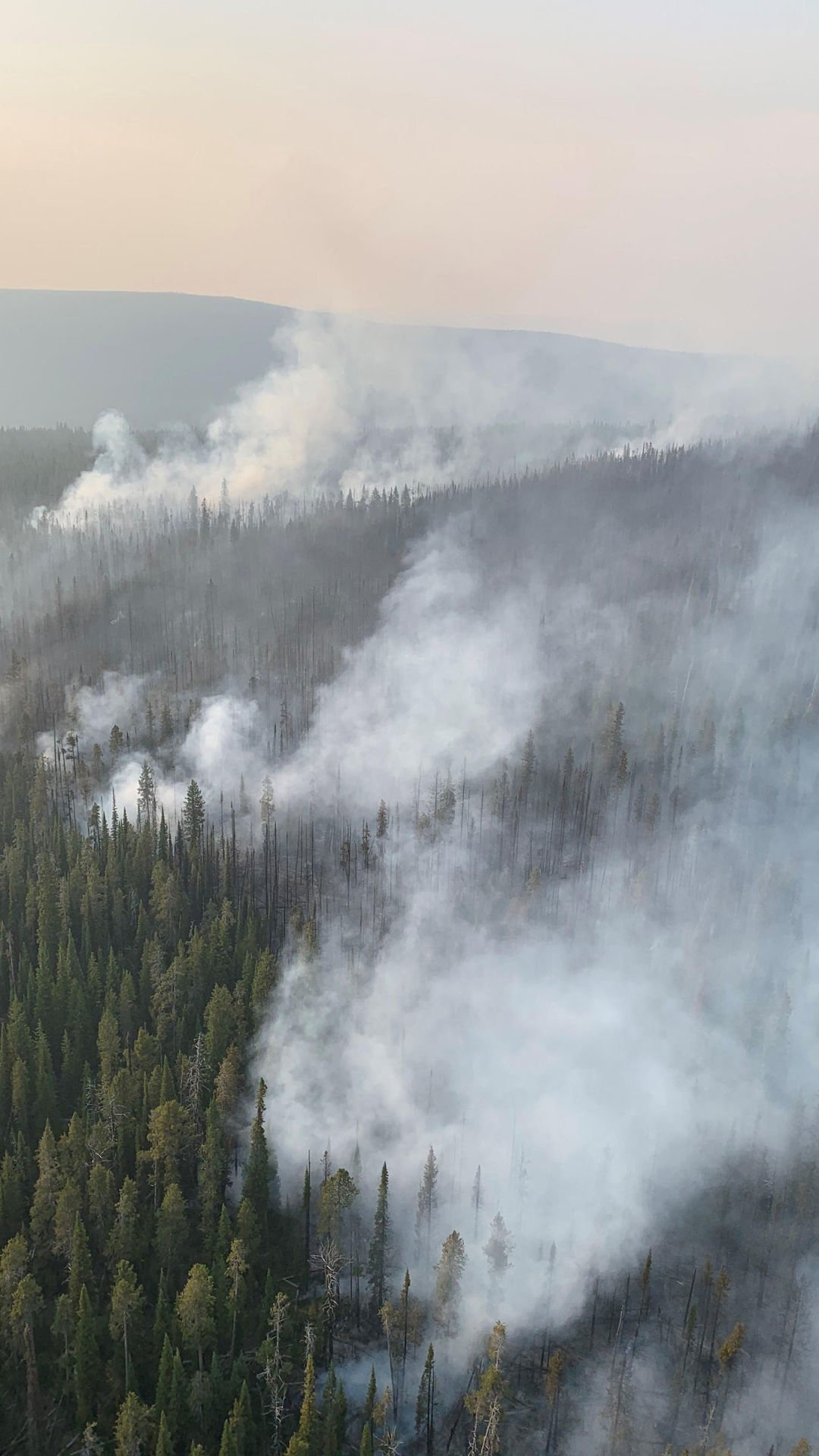 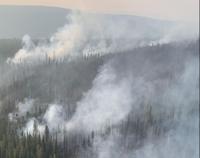 As of Thursday the Lone Star Fire in Yellowstone National Park had burned 820 acres and was spreading to the northeast, away from the Old Faithful area.

A pine marten laps up water that cascaded off the Old Faithful Inn during a sprinkler test Tuesday.

As of Thursday the Lone Star Fire in Yellowstone National Park had burned 820 acres and was spreading to the northeast, away from the Old Faithful area.

At the Old Faithful Inn fire crews tested the sprinkler system Tuesday. They were preparing in case the Lone Star Fire changed directions or grew in such a way that it would imperil the historic structures around Yellowstone National Park’s most famous thermal feature.

A pine marten skittered into view, playing in the water running off the hotel, creating a moment of levity during a fire that has closed parts of the Grand Loop Road for several days. Since it was reported Saturday evening the Lone Star Fire has grown to 763 acres and has kept travelers from the park’s South Gate from easily getting to Old Faithful.

Because the blaze is small by fire standards as of right now, crews aren’t in full suppression mode.

“We’re going to be putting a lot of structure protection in place, just having management action points … you know, thinking about possible ways the fire could move and having contingency plans,” public information officer Lori Iverson said.

On Monday night crews were able to take a reconnaissance flight to conduct thermal imaging of the fire. They found it had grown about 100 acres since the previous day.

Crews are engaged in what Iverson called “point protection” management. That involves the preparations at Old Faithful as well as at other places around the park like the Cove Cabin, a historic patrol shack near the north shore of Shoshone Lake.

The fire started about 3 miles south of Old Faithful, and prevailing winds are nudging it northeast, away from the geyser and its surrounding buildings.

In the Type III team assigned to the fire, 38 people are on site, according to Inciweb, a federal incident information system. With those numbers and the rugged, rolling terrain in Yellowstone, Iverson said, point protection is the best kind of management right now.

It allows the natural fire regime to thin the fuel in the areas between the more critical infrastructure like cell towers and historic sites.

“We’re watching to see where the fire goes in order to best place our resources,” Iverson said. “If the fire was approaching any value that we deemed critical to protect, we would have crews already staged there and have water ready, have drip torches ready and be ready to more directly engage the fire.”

Unless the fire blows up and increases in size quickly, the team managing it should be enough to protect valuable infrastructure. The National Interagency Fire Center says the national preparedness level is at Level 5, the highest on the scale.

That’s because large and small fires are burning across the West, with dozens being reported and the largest ones in northern California spreading smoke as far east as Nebraska. Firefighters and aircraft are stretched thin, so the team in Yellowstone is waiting to see what happens before diverting critical resources from other fires.

“The beautiful thing about working within the incident management system is that you can quickly ramp up or scale down and make the size of the response appropriate for that particular fire and expected fire behavior,” Iverson said.

For the rest of the week the National Weather Service predicts a chance of rain for the Old Faithful area, including a 50% chance Wednesday night. Precipitation could tamp down the fire behavior, or least drive humidity up and slow its growth.

While some of the region saw rain Monday night or Tuesday, the few drops that fell on the fire didn’t make much of a difference.

“We got just a little bit of rain around noon today,” Iverson said Tuesday. “It wasn’t a wetting rain. It just sprinkled.”

With the potential for moisture comes the possibility of more lightning strikes. The Jackson area saw six small fires start from lightning Monday night, so if that happens around the Lone Star Fire later this week it could complicate firefighters’ efforts.

For now the Grand Loop Road remains closed in an effort to mitigate one potential complication for fire crews. Heavy smoke from the blaze had closed the road Saturday night, and even though Tuesday saw a lifting of the haze, keeping traffic off the road simplifies things for firefighters.

The fire isn’t yet close to the road, Iverson said, and while crews have a plan for if it nears, they haven’t received direction from the park to actively keep it from crossing should it get there. They haven’t reopened the road not due to an immediate danger, but because the team just arrived Monday morning and it is still making plans.

Crews want to avoid a situation in which they open too early and hamper suppression efforts, or they open then need to close again because of a change in fire behavior.

Given the dry conditions and potential for lightning in the next couple of days, the Teton County Board of County Commissioners — at the request of Jackson Fire/EMS Chief Brady Hansen — prohibited open fires on unincorporated lands in Teton County until further notice. That includes private, commercial and recreational activities.

Besides the weather and very high fire danger, availability of resources was a concern for Hansen. Dozens of fires across the West could make it difficult to pull crews or aircraft should a wildfire ignite.

Dry valley-floor grasses are ripe for fire activity after weeks of dry weather.

“We need to eliminate any chances of human-caused ignitions,” Battalion Chief Kathy Clay said in a press release. “The afternoon lightning storms are challenging our local resources and, of course, the national resources are very limited considering all of the other fires in the nation.”