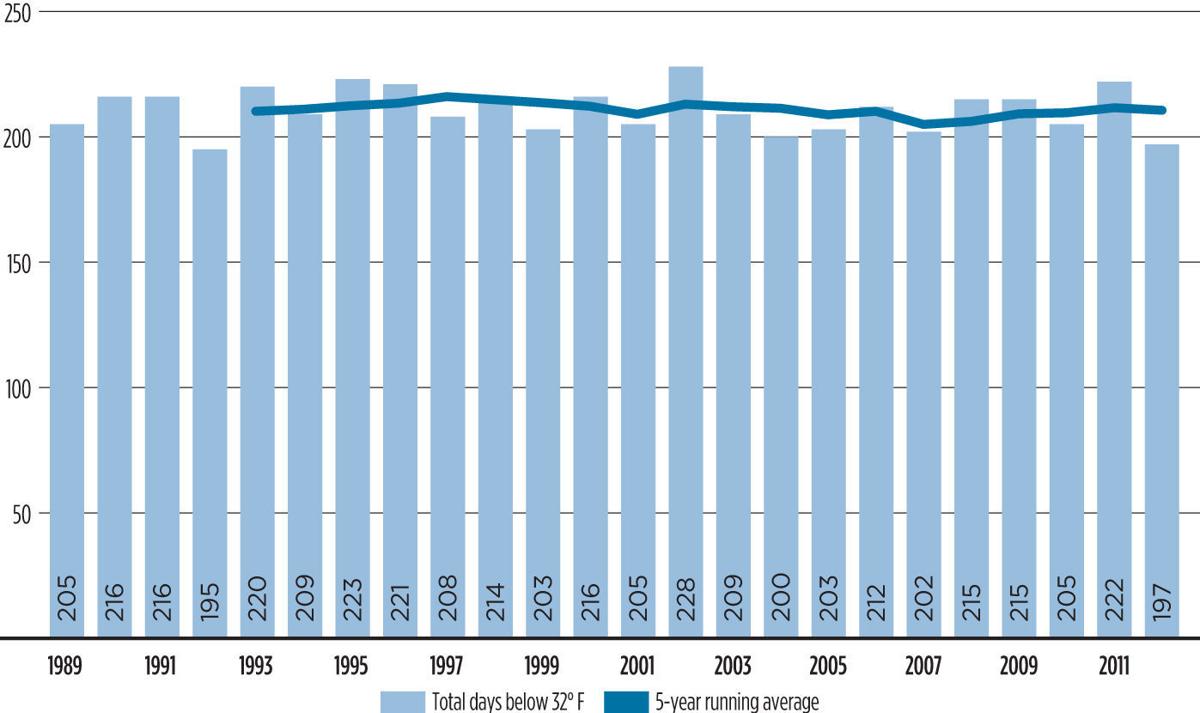 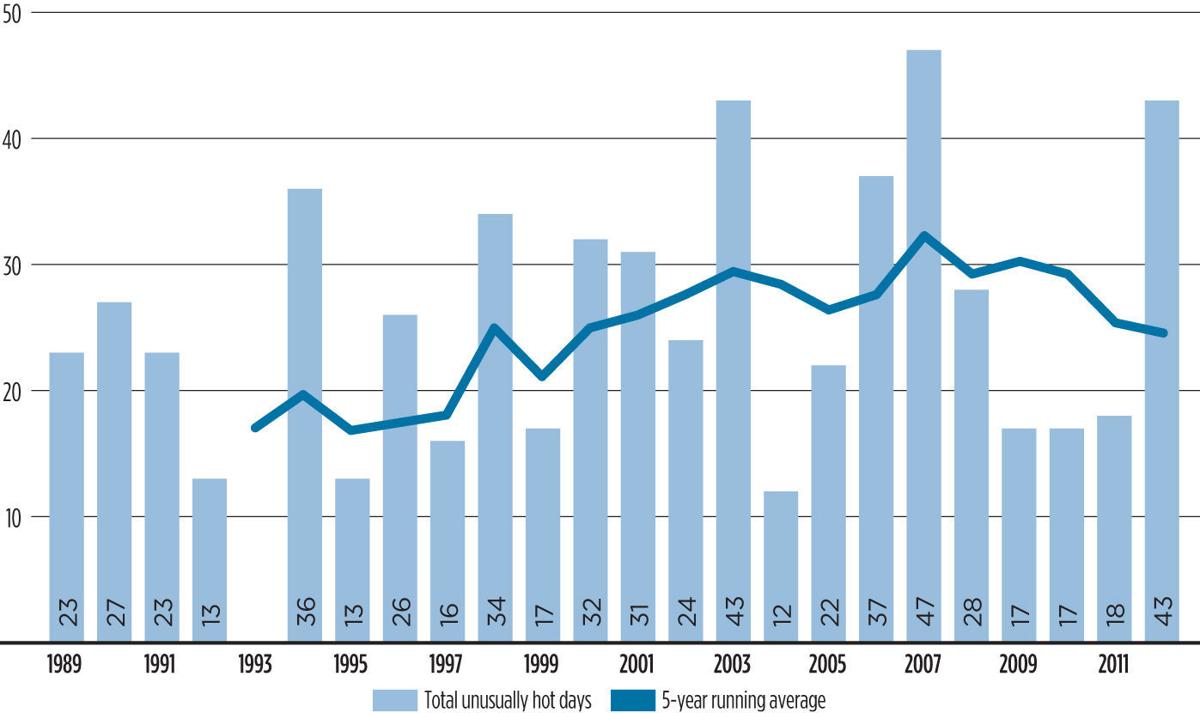 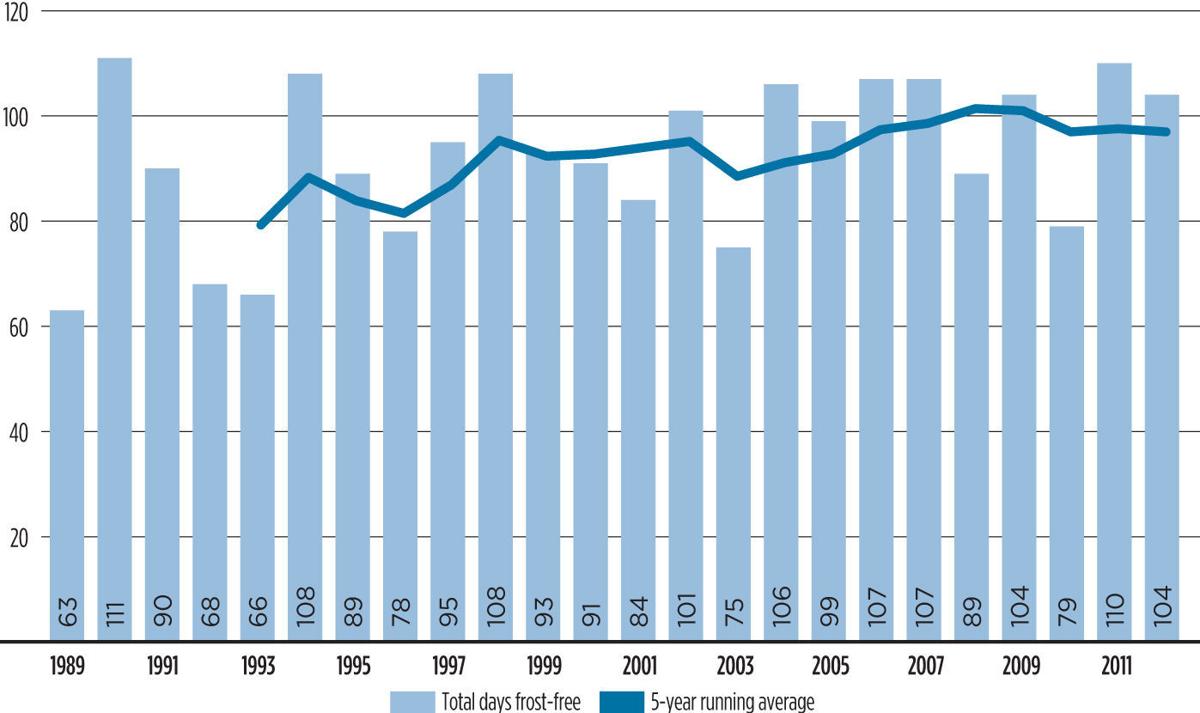 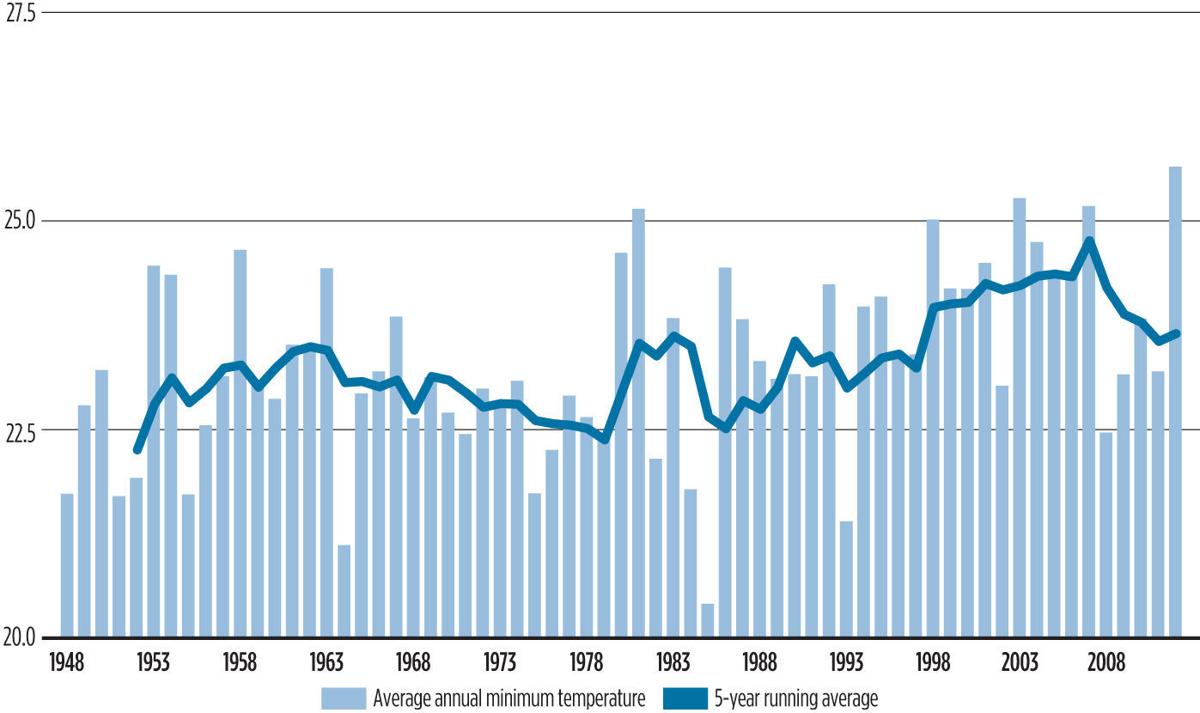 If the best information available on climate change’s effects on the northern Rockies were to be rounded up and synthesized, what picture would be painted of late-21st century Jackson Hole?

Wildfires as widespread as those of 1988 could sweep across the landscape one to five times before 2050. By 2075 fires 1988-size or larger could occur “in almost all years.”

The Greater Yellowstone Ecosystem’s pine forests, in turn, might not be able to grow to seed-bearing size fast enough, and could wither and be replaced by grasslands and shrublands.

Stripped of their habitat, woodland-dependent wildlife such as lynx, pine marten and goshawks could be threatened with extirpation. Faced with higher temperatures and lower stream levels, cutthroat trout could cease to exist in streams where they swim today.

Those are among the gloomy possibilities included in “The Coming Climate,” a new study that details “the most current and evidence-based knowledge about the likely and possible impacts of climate change on the Teton region over the remainder of the 21st century.”

After forecasting and analyzing what’s likely to come, the study suggests strategies for Teton County to do its part to mitigate and adapt to climate change.

“There’s still time and still hope that we could avoid some of the worst possible outcomes,” Riginos said, “which could involve really massive changes.”

Under the best scenarios, which assume heat-trapping carbon dioxide concentrations in the atmosphere are significantly curbed, the Greater Yellowstone Ecosystem would “more or less” remain as it is today, she said.

An executive summary of the report kicks off with a summary of how climatic conditions have changed globally and in Teton County so far.

Temperature on the rise

Since 1900 average annual temperatures have climbed 1.1 degrees Fahrenheit, stream temperatures are 1.8 degrees warmer and frost-free nights are occurring earlier in the spring and later in the fall.

“These changes are only a fraction of what is expected in the coming decades,” the Coming Climate reads. “Climate models indicate that temperatures in the [Greater Yellowstone Ecosystem] in 2100 will be on average 3.5 degrees [Fahrenheit] to 6.2 degrees higher than 1900-2010 baseline temperatures. That is three to six times the warming that has already occurred.”

The report’s seven chapters explore the ecological and biological effects of a warming climate, and also investigate the potential economic results.

A “surprise takeaway” for Newcomb was that Jackson Hole may fare relatively well in the face of climate change by virtue of the valley’s high elevation and northern latitude. That resilience could help the community’s economy, he said.

“We might relatively speaking have better snow cover, and we might relatively speaking have fewer wildlife impacts and suffer impacts a little bit better than other lower elevation or more southerly Rocky Mountain resort communities,” Newcomb said. “So while our ecosystem may suffer and while we may indeed see more wildfires as the decades go by and see less and less overall forest cover, our economy may still be doing fine.

“I don’t know whether that’s depressing or something to be excited about,” he said.

Snow to get thinner

As soon as a couple decades from now Teton County residents would probably face warmer winters and a thinner average snowpack. The difference will be acute during the shoulder seasons, when fall will last longer and spring will arrive earlier.

“Between 1979 and 2012 November and March precipitation in Teton County and the adjacent mountainous areas was nearly all snow,” the study reads. “By mid-century (2035-2065), precipitation during these months is predicted to be mostly rain.”

The reduced snowpack will have implications for alpine and snow-dependent species.

Wolverines, the study said, make their spring dens in deep, stable snow, and snow cover is one of the only predictors of the large mustelids’ range. Pikas also use the snowpack as a form of insulation.

“The thermal protection of a consistent snowpack [greater than 3 feet deep] protects them from exposure to extremely cold and highly variable winter temperatures,” the study said of pikas. “Across the West and in the Bridger-Teton National Forest, pika extirpation and population declines have been linked to higher summer temperatures, low precipitation, and acute cold stress.”

Less snow, of course, could also hurt the skiing.

“If we have fewer days with snow cover then certainly the ski areas are going to have to adapt,” Newcomb said.

While resorts can do that by making more artificial snow and broadening summer activities, other snow-based forms of recreation don’t have as many options, he said.

Backcountry skiers and dog sledders fall into the same category, he said.

Climate change could also influence Teton County’s economy by creating conditions that spark the types of wildfires that empty hotel rooms. In 1988 Yellowstone’s visitation fell off by a quarter, and an estimated $21 million in revenue was lost, the study said.

Years with widespread wildfires figure to be increasingly common, Riginos said. If fire seasons the scope of 1988 occur almost every year by the last quarter of this century, the forests would die, she said.

“You couldn’t support a forest,” Riginos said. “I think it takes about 30 years for lodgepole pine to get to a stage where they set seed.

“Based on these predictions, by the second half of the century every place would burn less than every 10 years in any given location,” she said. “If that happened it would pretty much wipe out all the forests in those areas.”

The Charture Institute’s Schechter writes in the preface that the study is intended to spur more research.

“Much of the challenge facing the authors was that, after decades of studying climate change on a global basis, natural and social scientists are only just beginning to be able to thoughtfully discuss climate change’s effects on local regions,” Schechter writes. “As a result, ‘The Coming Climate’ should not be viewed as the final word on the effects of climate change on the Tetons region, but instead as a platform upon which further research can be built and integrated.”