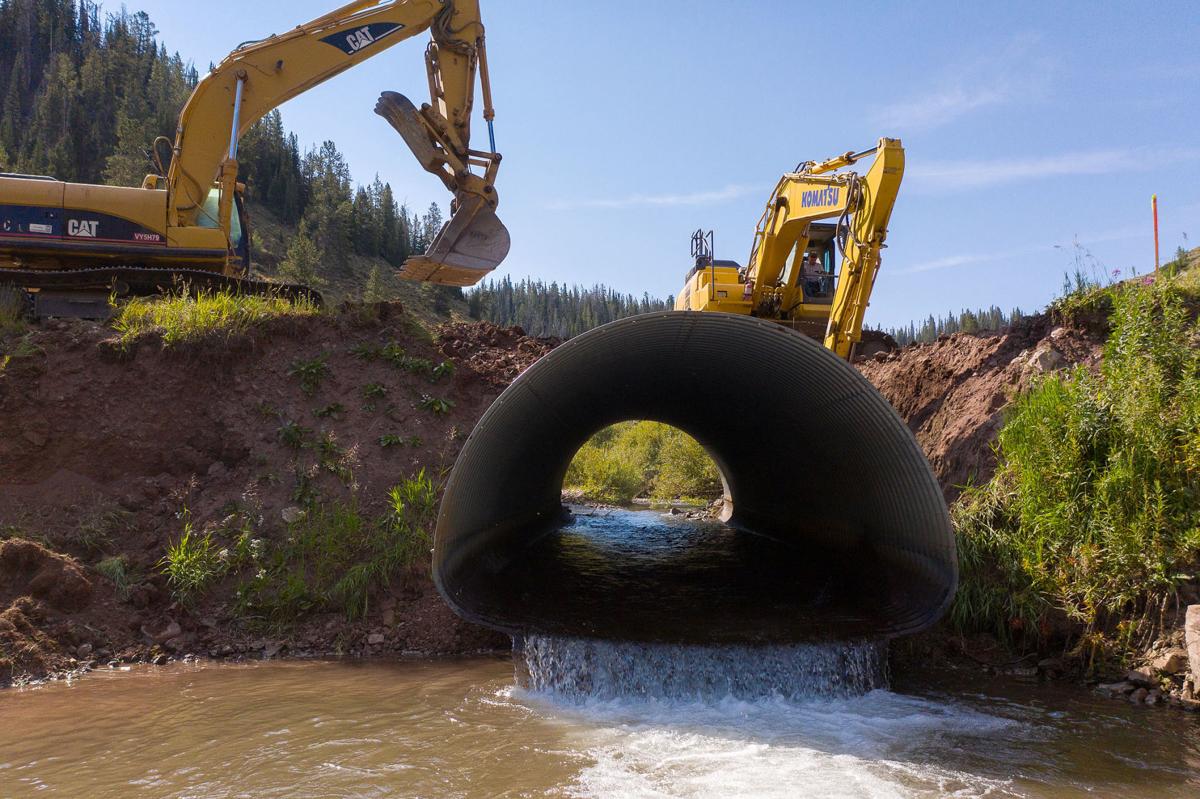 The outlet of the culvert at Shale Creek posed a barrier to upstream fish migration and blocked connectivity to spawning habitat above. It has been replaced by a bridge through the Tribasin project, opening up 14 miles of stream upstream. 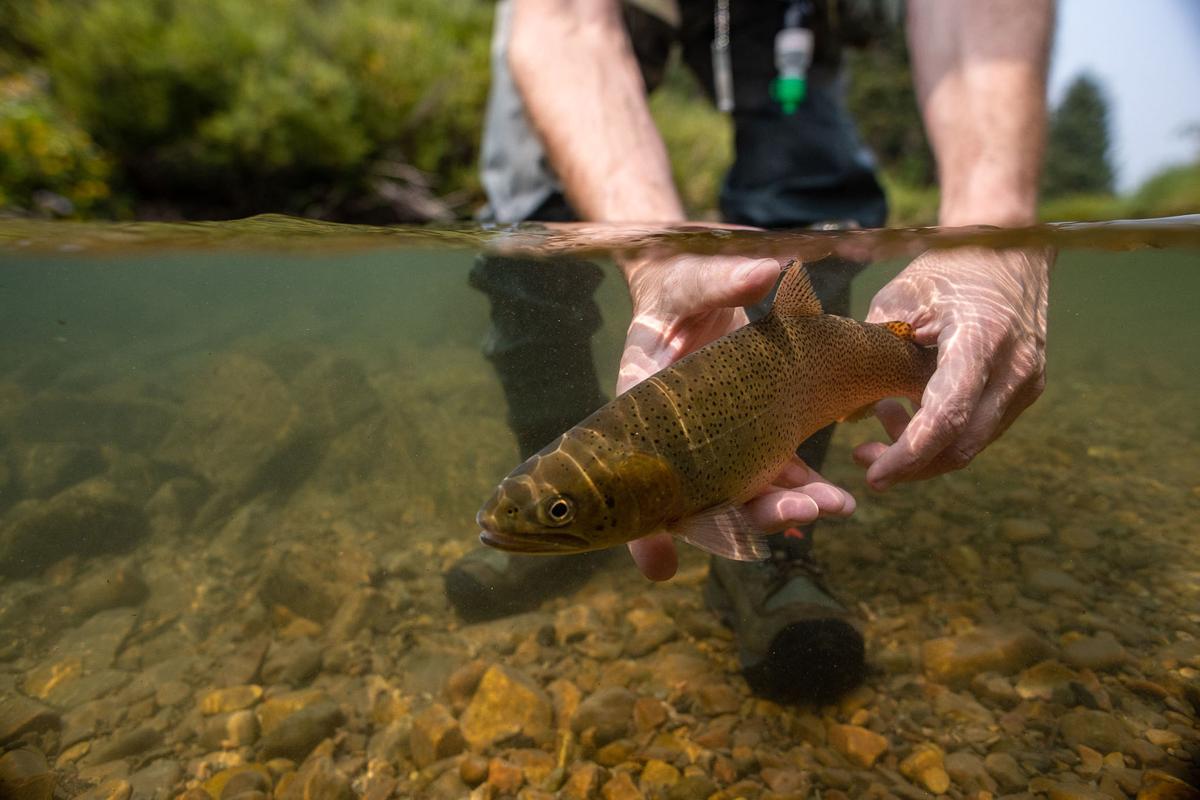 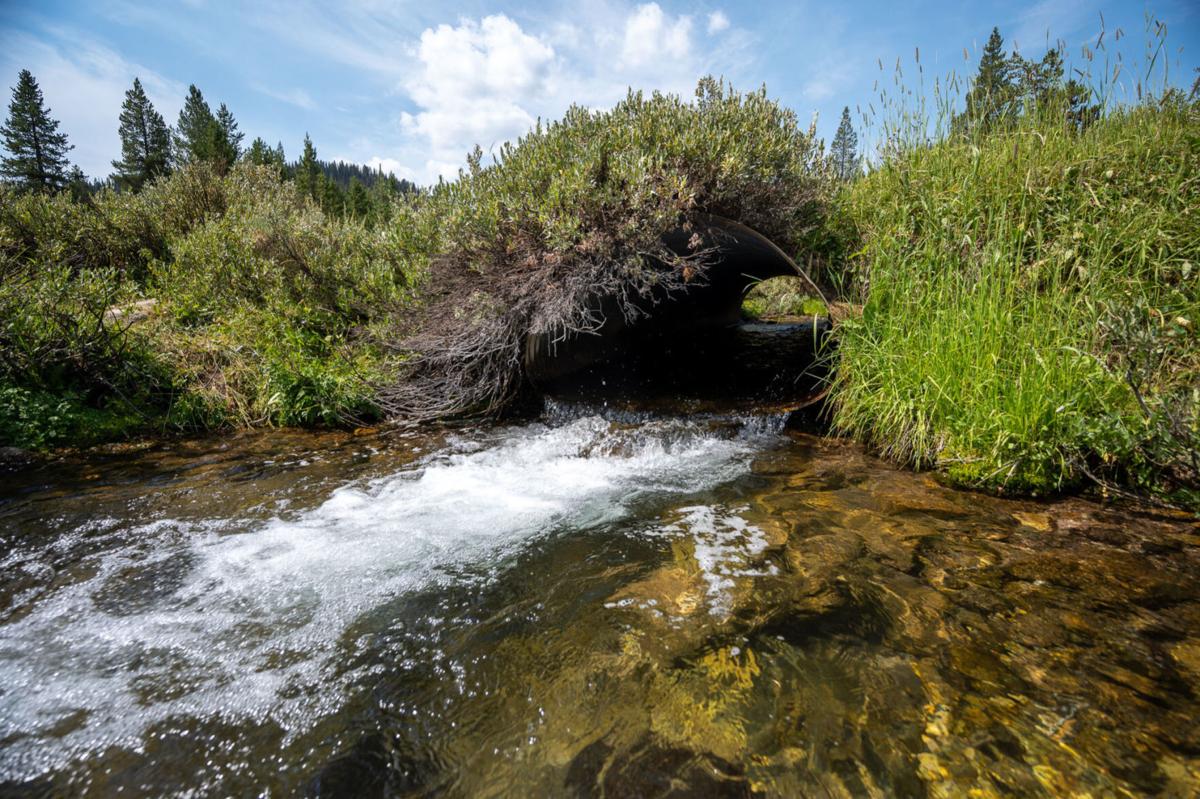 Clear Creek passed through an undersized culvert just upstream of its confluence with the Greys River. Through the Tribasin project, it has been replaced by a larger culvert passable by all life stages of native fish, opening up over 3 miles of upstream habitat. 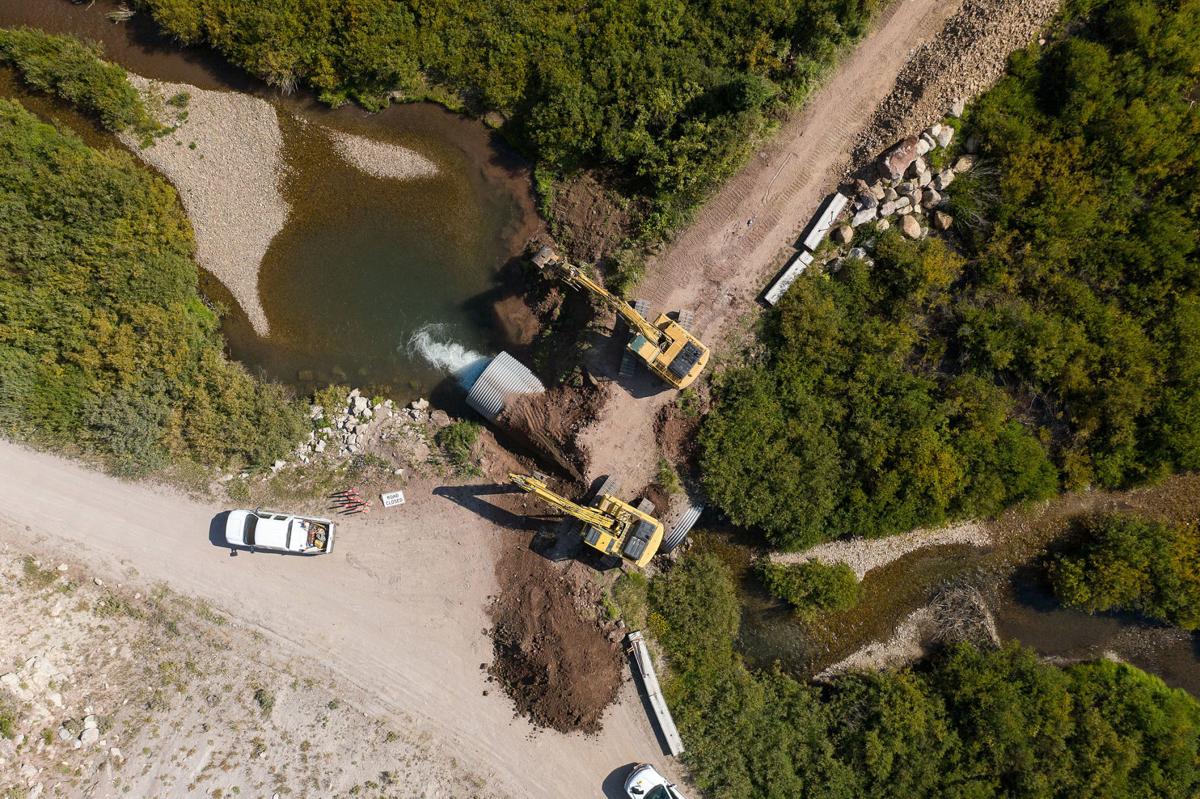 Excavators remove the undersized culvert at the confluence of Shale Creek and the East and West forks of the Greys River, to make way for a new bridge.

Patrick Barry first heard from friends in the Bridger-Teton National Forest’s timber shop that a Greys River drainage logging project was in the works that might overlap with some high-elevation cutthroat trout habitat.

The fisheries biologist made the trek to the headwater region called the “Tribasin” where the timber sale was slated to see what was where. He saw culverts running under the rough roads at stream crossings, creating a barrier to the native fine-spotted cutthroat trout he expected to electroshock and see in streams like Mink Creek, Clear Creek and the West Fork Greys River. Water running under the roads was simply too fast or too shallow.

“Some had no fish, some just had just a few fish,” Barry said of the tributaries.

It was concerning, he said, to see what looked like stellar spawning and juvenile habitat — and then next to no fish.

Barry and his timber ship colleagues contemplated how to make the best of the situation. They knew that before the timber sale the Bridger-Teton was hoping to shore up some of the roads in the area to make it more attractive for a logging outfit in hopes of enticing a sale. The U.S. Forest Service also didn’t have the funding to do that, and outside help was needed.

“The timber sale was going to happen no matter what,” Barry said. “We could have been a part of it and helped shape it or we could have sat back and complained about it and commiserate about how bad it turned out.”

The willingness of Trout Unlimited to partner on the project allowed the Forest Service to take the proactive approach.

Leslie Steen, who leads the organization’s Snake River Headwaters program, was intrigued. Although the primary access points to the timber sale were in the Bear and Green river watersheds (two of the three parts of the Tribasin), the bulk of the water that coursed through fed into the Greys — which is part of the Snake, and right up her alley.

“We just kind of did a leap of faith in that we knew that there was cutthroat in the area,” Steen said. “It wasn’t until the Forest Service went out that we realized it’s going to be 21 miles of habitat.”

The work started in 2018 and was scheduled to wrap up last week, Steen said.

By fundraising and investing about $375,000, Trout Unlimited managed to install a bridge where a culvert once contained the mainstream Greys River. The three undersized stream culverts — on Mink Creek, Clear Creek and the West Fork Greys River — were replaced with larger, better-aligned structures that should fix the fast, shallow water that cutthroat couldn’t easily pass through. The roads themselves were also fixed up, a boon to the forest and logging crews and also to trout that ideally won’t have to deal with as much sedimentation and erosion.

Although construction is complete, Barry and Game and Fish fisheries biologists will be monitoring high up the Greys to see how the reconnected waterways respond.

“Those just went in a couple weeks ago, and we probably won’t see the full effects for a couple of years,” Barry said. “We think it’s only going to get better, even though it’s better already.

“There were a lot of open minds and people willing to do the right thing on this one,” he said, “and I think we did it.”