The Bridger-Teton National Forest is planning to allow a drill rig and excavator to travel 4.7 miles through designated wilderness to fix an aging dam.

The project, on Silver Lake on the southwest slope of the Wind River Range, would address a noncompliant and “high hazard” 92-year-old earthen dam last serviced in the 1950s. That work predates the 1964 Wilderness Act, which created the Bridger Wilderness where the dam sits.

Since the Silver Lake Dam is located in wilderness, forest officials prepared a “minimum requirements analysis” that weighed options for accessing it. That assessment ruled out helicoptering in equipment because of its high elevation above 10,000 feet. The analysis also recommends against bringing in equipment over the snow in the winter due to the hazard.

Instead, the Forest Service decided to authorize the Silver Lake Irrigation District to drive heavy equipment in the late summer or early fall along the historic access route, which includes parts of present-day forest trail 7018.

“The tracked drill rig and excavator would follow the previously used access route to the dam site, with slight deviations if determined necessary by the Forest Service to minimize tree and/or ground disturbance along the access route,” forest staff wrote in an environmental assessment released last week. “It is estimated to take one 12-hour day to mobilize equipment from the wilderness boundary to the dam site (4.7 miles).”

The heavy equipment that would tread over the wilderness includes a tracked CME-850 drill rig and a tracked Cat 312 excavator. An 11- to 13-person crew would accompany the equipment on a pack string. Work within the wilderness would take an estimated three days sometime between late August and mid-October.

Once at the dam site the drilling rig would take dozens of up to 50-foot-long coring samples to help determine what needs to be rehabilitated and reconstructed. After nearly 70 years without maintenance, the Silver Lake Dam is falling apart. Mature trees protrude from its earthen crest. The concrete inlet structure has partially collapsed and blocked the outlet pipe.

Silver Lake, which holds 2,151 acre-feet of water, is located on Silver Creek, a tributary to the East Fork of the New Fork River. That water is managed by the Silver Lake Irrigation District and used for irrigation and livestock purposes. A call on Monday to the district’s president, Suzy Michnevich, was not returned.

Wilderness is a highly protected class of land where the imprint of mankind is minimal and where motorized and mechanized activities are generally not allowed. Exceptions for motorized equipment are made for human life and safety and to meet the “minimum requirements” for administering the wilderness.

In its analysis of the minimum requirements, the Bridger-Teton determined that four wilderness qualities — untrammeled, undeveloped, natural and solitude/primitive — would be “directly, negatively” impacted by the geotechnical survey.

The Bridger-Teton released its environmental assessment about the Silver Lake Dam project in conjunction with a draft decision signed Thursday by forest Supervisor Tricia O’Connor. The documents are attached to the online version of this story at JHNewsAndGuide.com. Objections to the project can be filed now through Aug. 27, but only people, organizations and agencies that commented on the forest’s plans previously are eligible to object.

There was just a single entity, the Wyoming Game and Fish Department, which commented on the plans while they were in the 30-day “scoping” stage, which ran from mid-March into April — while the COVID-19 pandemic was flaring up domestically.

The normal watchdog groups like the Wyoming Wilderness Association were sidetracked and did not engage the U.S. Forest Service in the planning process.

Still, there are concerns.

“It is troublesome whenever motorized and mechanized equipment are authorized to move through a wilderness area,” Wyoming Wilderness Association Associate Director Peggie dePasquale told the News&Guide.

“It is testament to how many loopholes exist, even within our country’s highest level of protection.” 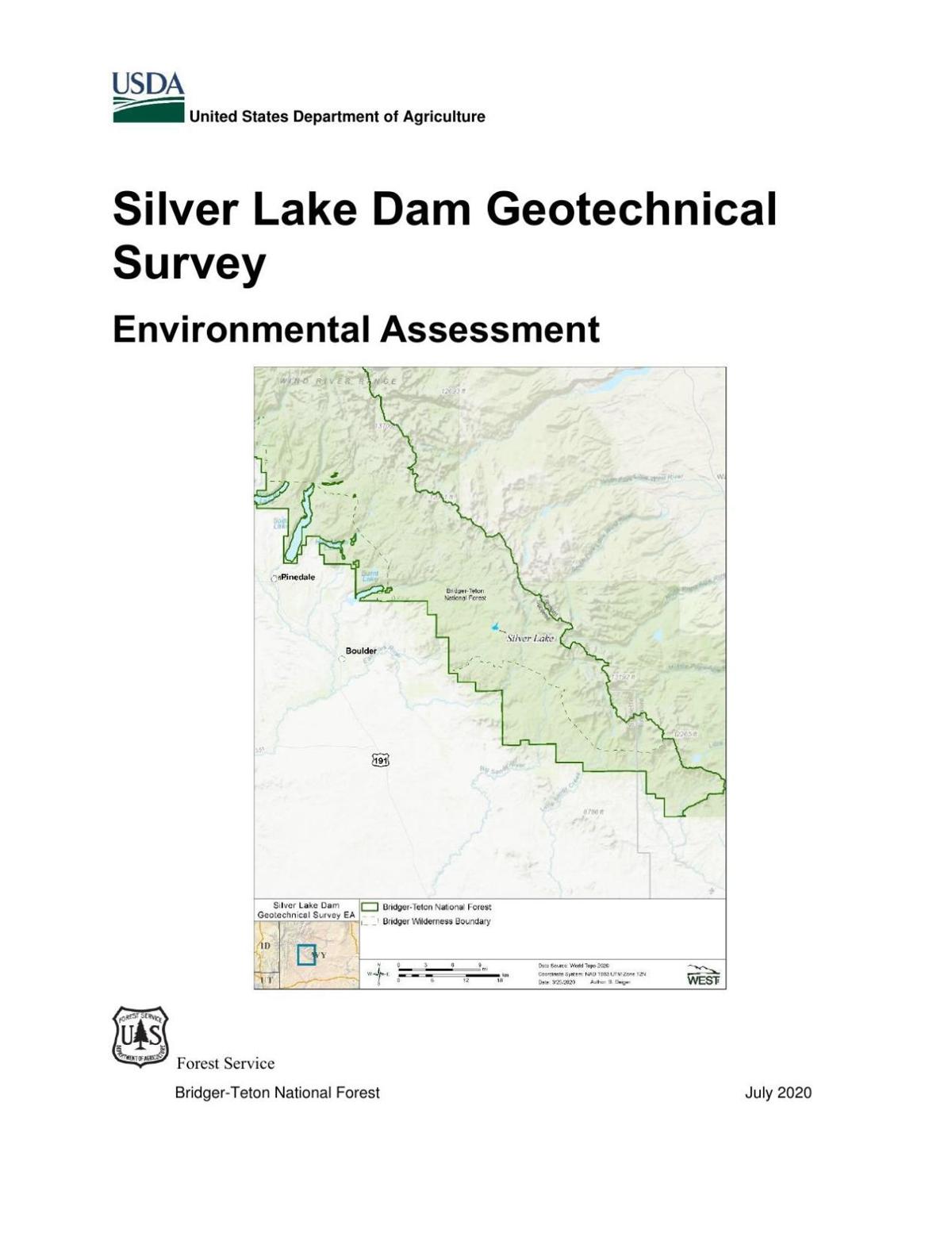