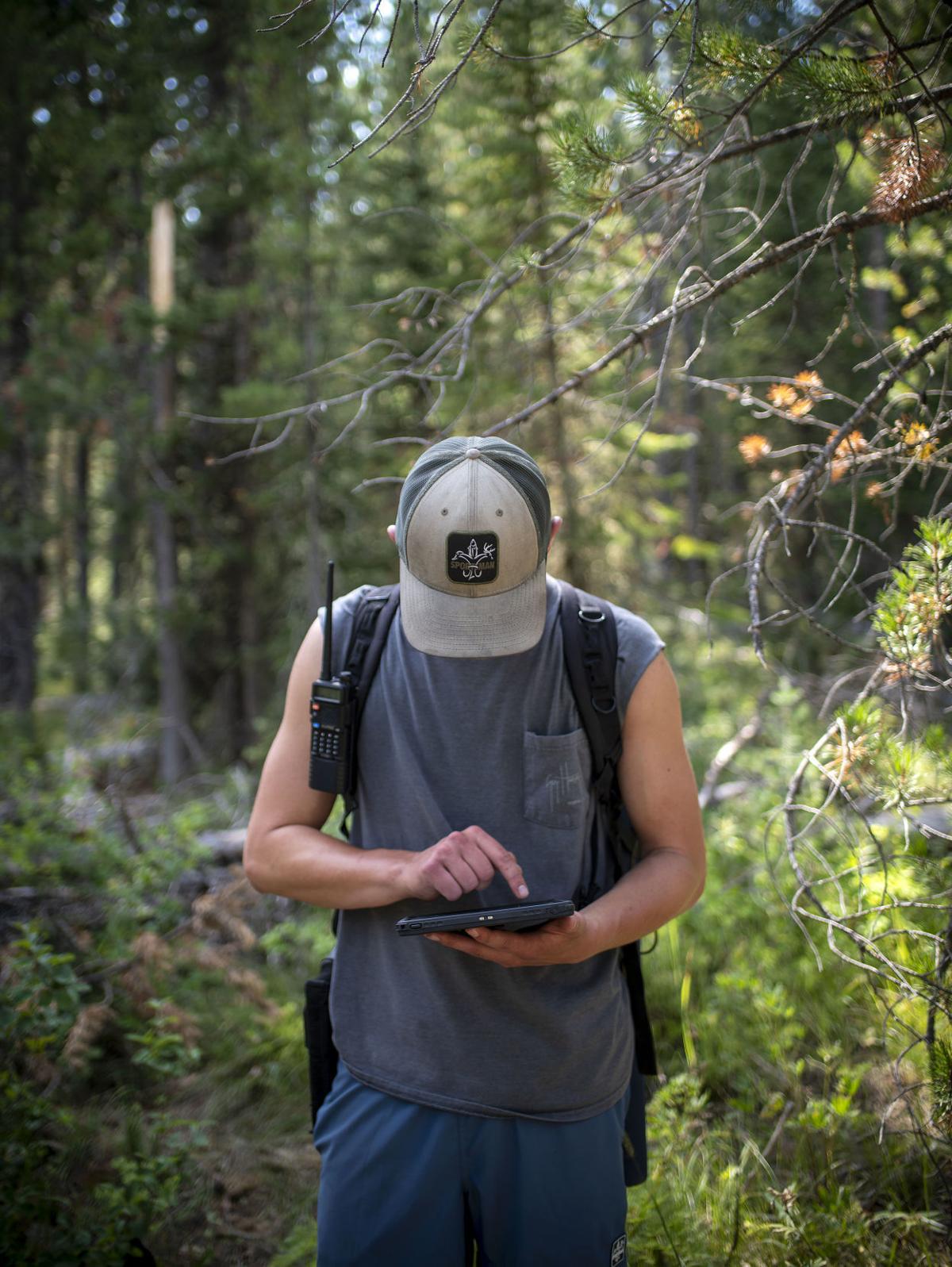 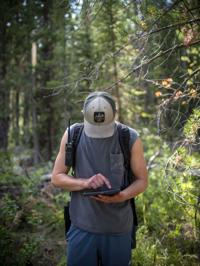 Chris DeGrazia, of Omaha, Nebraska, fills out a survey at the Lupine Meadows Trailhead last month after a hike to Delta Lake.

The Lupine Meadows trailhead is one of the busiest launching points for excursions into the backcountry.

“People are noticing that visitation is up, but I wouldn’t say that is ruining people’s experiences.” —Ann Butler, Penn State University student

LUPINE MEADOWS — Zach Kariya and Cailey Baker were quite certain of the number of hikers they’d passed since the last checkpoint on their way down from an eight-hour hike to Amphitheater Lake and Garnet Canyon.

The remark got a good laugh out of Ann Butler, a Penn State University environmental resource management major who landed a summer gig in Grand Teton National Park assisting in studies of changing visitation.

Butler went on to quiz Kariya and Baker, from Los Angeles and Colorado Springs, respectively, about their experiences. The hikers carried a tag, numbered 241, that identified them as participants in the research. Butler’s Penn State counterparts were staged along the trail at spots B and C, which were 1.7 and 3 miles up the main trail.

Passing only 17 hikers over the last 1.7 downhill miles on a beautiful Friday afternoon earned a “positive four” score, Kariya and Baker told Butler. That meant it was “very acceptable” to them.

That’s a trend that Teton park’s staff social scientist, Jennifer Newton, is in the process of validating with data. People are flocking to the Tetons in numbers unlike any other time in history. But the relative congestion — and having to pass each other on increasingly packed trails — isn’t much of a bother to the tourists themselves.

“People are noticing that visitation is up,” she said, “but I wouldn’t say that is ruining peoples’ experiences.”

Teton park and its collaborators executed three visitor studies during the height of this summer season, building off of social science completed in the String Lake area in 2017 and ’18. They interviewed tourists and locals at Taggart and Lupine Meadow trailheads to gauge demographics, expectations and how people are using those areas. Researchers did the same at the Colter Bay developed area, to understand how visitors are flowing through the park.

“We should get a really robust data set,” Newton told the News&Guide. “We surveyed nearly a thousand visitors in the Colter Bay area.”

A third study, put on over an early August weekend, looked at transportation and how people move through Grand Teton on a park-wide scale.

While the results of that research are pending, other data from trail counters and entrance gates is coming in continuously. And that suggests some shifts in how the average visitor is using the park. There were record crowds, for one. Teton Park attracted an estimated 827,777 visitors in July, the single busiest month in the park’s 92-year history.

“It’s not just increased visitation, it’s how visitation has changed,” Grand Teton Chief of Staff Jeremy Barnum said. “The kinds of visitors, the way they’re visiting the park, the kinds of things they’re doing, that’s all shifted. All the trail use numbers, those changes are much greater than the overall visitation increases.”

Barnum spoke from the Lupine Meadows trailhead. Trail counters there show that use climbed 91% in July and August between 2016 and 2020.

In turn, more people are getting into more trouble. Emergency medical service calls climbed 62% in over the past six years, Barnum pointed out.

Data the park has recently amassed show that just a fraction of visitors are spending the night in the park. That’s out of necessity — campgrounds and indoor lodging are typically sold out during peak season — and just 17% of people who come to Grand Teton stay overnight.

“I think that we probably had a sense of that,” Barnum said. “But that’s also probably more than the average park employee realized, and that’s an important consideration.

While Barnum and Newton chatted and Butler queried tourists, parked cars snaked way past the main Lupine Meadows parking area, beyond the Apex Trail and even up toward the south shore of Jenny Lake. It seemed unusually busy, though that was just a gut-feeling judgment perhaps skewed by quieter times of years’ past.

“That’s why we’re getting data,” Newton said. “To figure out what that current condition in this area really is.”

Barnum chimed in: “It does feel like that, though. It is the new normal, right?” 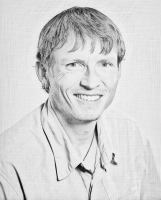 Brad Boner has worked as a photojournalist for 25 years and has directed the News&Guide’s visuals since 2004. He lives on the west side of the Tetons with his wife, two kids, two grumpy cats and Rosie the red heeler.