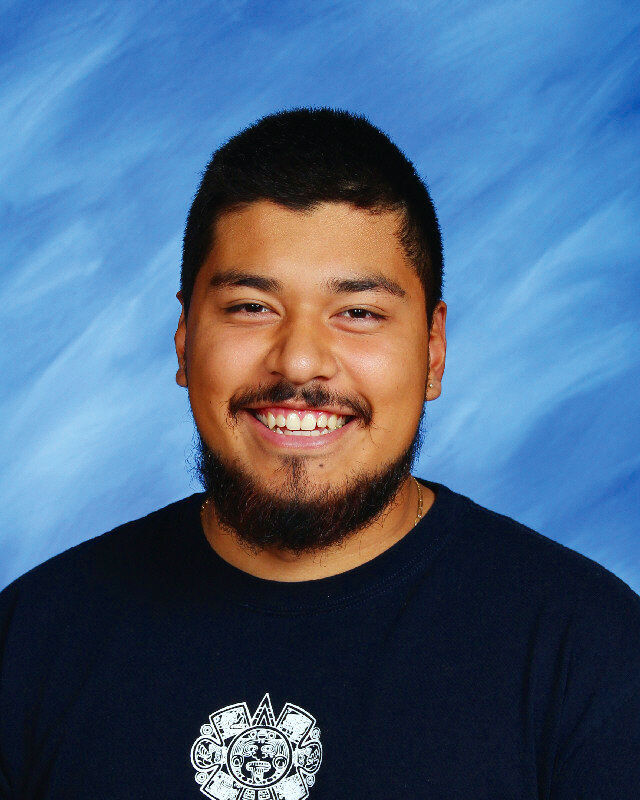 Hector Bedolla-Zarate as a senior in 2018 at Jackson Hole High School. 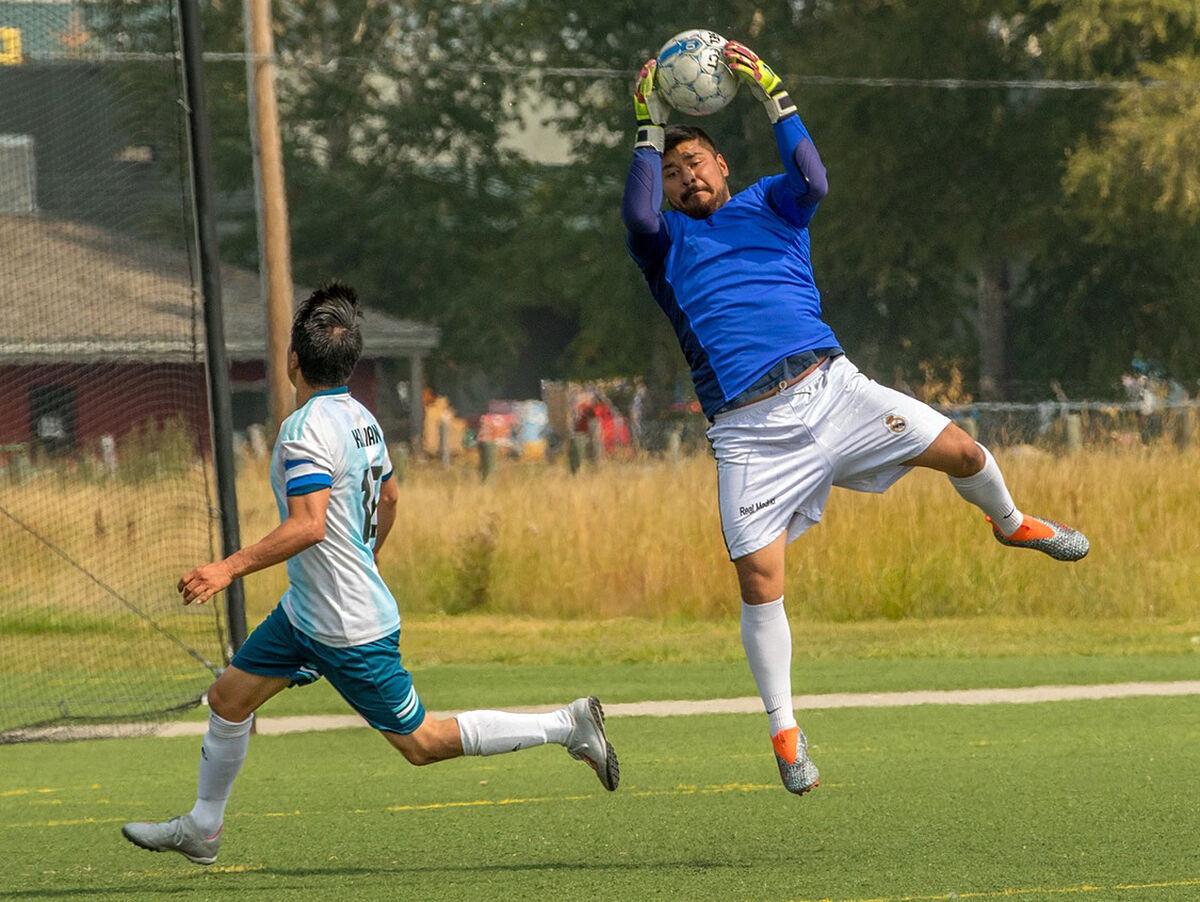 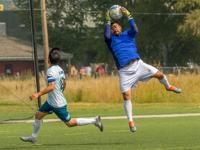 Hector Bedolla-Zarate was an avid soccer player, a mechanic and a devoted friend to those who knew him well. He was a big guy, but a “gentle giant,” his friend Silas Wotkyns said. 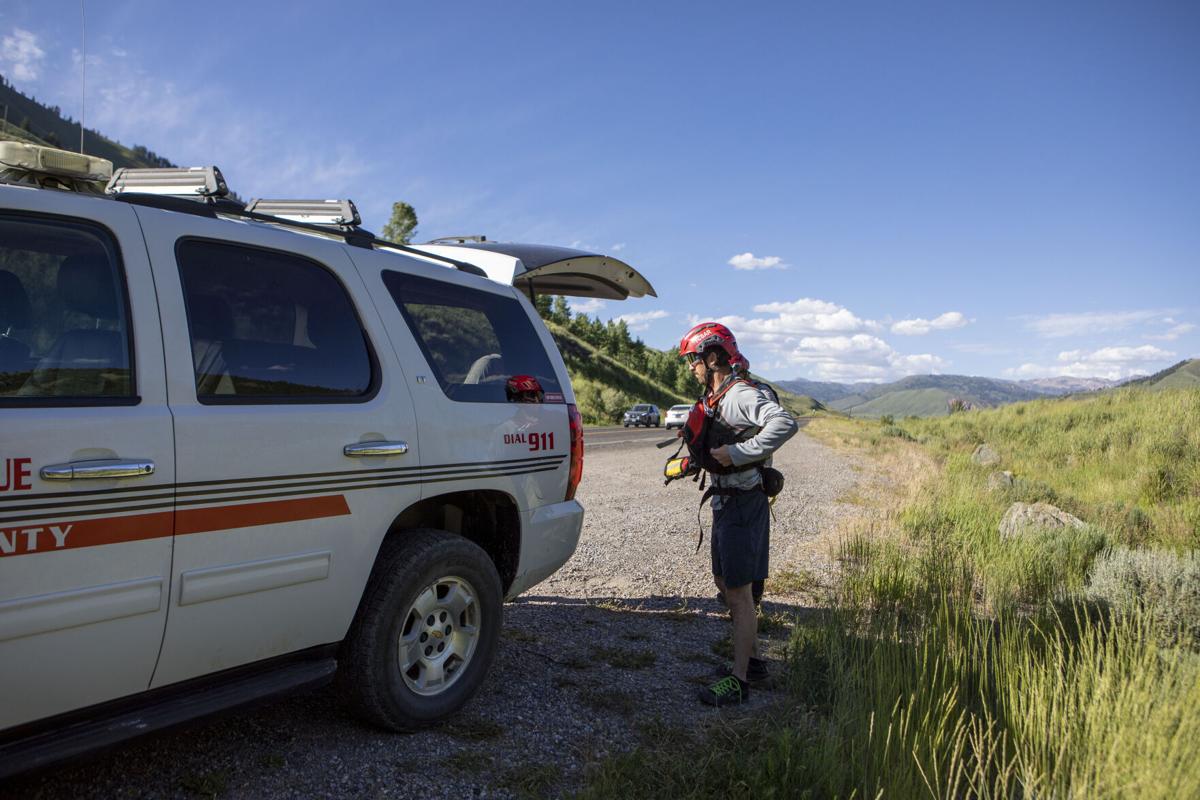 Teton County Search and Rescue volunteers respond to a call on the Snake River on Monday evening near King’s Wave where a 22-year-old man died. 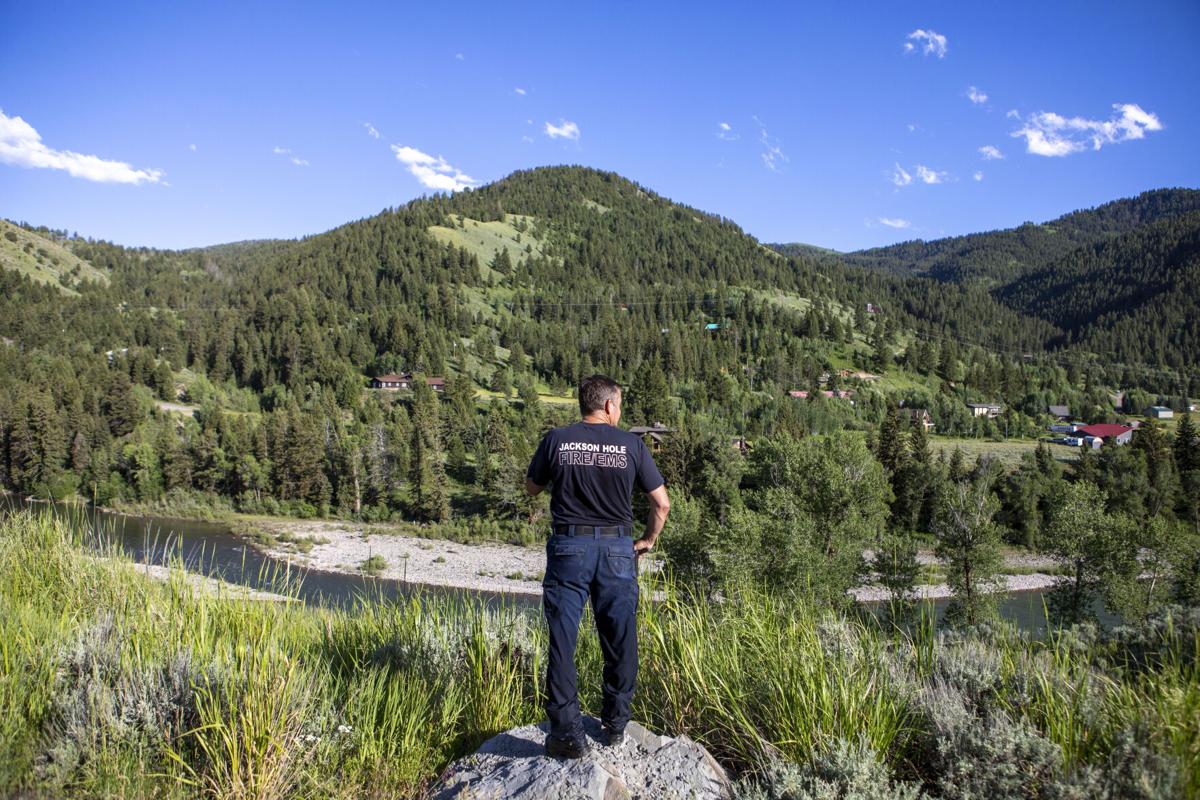 Fire Chief Brady Hansen listens to the radio Monday evening after responding to a presumed drowning on the Snake River near King’s Wave.

Hector Bedolla-Zarate wasn’t afraid of putting his body on the line.

A goalie who worked his way up to becoming an all-conference defensive player on the Jackson Hole High School soccer team and, later, the Chivas team’s goalie in La Liga, Jackson Hole’s adult football league, Bedolla-Zarate was the kind of guy who could send the opposing team’s defenders scrambling when he drove at them. He was big, but also compassionate, and always there for his teammates. Plus, he was “selfless,” friends said.

“He wasn’t afraid to dive,” said Danny Becerra, who grew up playing soccer with Bedolla-Zarate. His friend died Monday, the Fourth of July, in an accident on the Snake River. He was 22.

Less than 24 hours after he died, those close to him were still dealing with the trauma of his sudden loss.

Friends and former coaches remembered Bedolla-Zarate as a passionate soccer player, an ace mechanic and a loyal friend who “made sure the family was taken care of.” That didn’t just apply to his siblings, like a sister he drove to school after early soccer practices. It applied to his friends and teammates as well.

“I didn’t have to police my guys,” said Brendan Schulte, who coached Bedolla-Zarate on the Jackson Hole Youth Soccer team in the fall. “They knew if they were making fun of anybody, or making anyone feel uncomfortable, they wouldn’t deal with just coach. They would have to deal with Bigo.”

Schulte was referring to Bedolla-Zarate by his nickname, short for “bigote,” the Spanish word for mustache. The name stuck, a reference to the ’stache and beard that Bedolla-Zarate proudly wore.

But even as friends and family struggle to wrap their heads around Bedolla-Zarate’s loss, officials hammered home how dangerous the Snake River can be, including in the section from South Park to Astoria that claimed the young Jacksonite’s life. When his tube flipped, Bedolla-Zarate, who wasn’t wearing a life vest, was sucked downstream, presumably into an eddy near King’s Wave, which American Whitewater says can be anywhere from a Class I to Class III rapid, depending on conditions.

Hector Bedolla-Zarate's family has organized a GoFundMe to ask for support from the community, as friends and family have taken to social media to share rememembrances.

"My brother was my best friend and will continue to be my best friend," she wrote, saying she'd miss watching him play soccer, his trademark smile, their fights, after which they quickly made up — and their hugs.

You can find the GoFundMe at TinyURL.com/HectorBedollaZarate.

Bedolla-Zarate's family is asking for $2,500 and had raised $300 by press time Thursday.

David Cernicek, the wild and scenic river coordinator for the Bridger-Teton National Forest, which manages the river south of the South Park Boat Ramp, has been running the Snake for 23 years, and spent a number of those as a river ranger. He remembers at least five other deaths on the river between Hoback and Astoria.

“That was at the least the third Fourth of July I’ve stood out at King’s Wave for this type of incident,” he said.

That’s partially because of the river, Cernicek said. But it’s also because many people have begun floating that stretch with little experience, no life vests, inadequate equipment like inner tubes, and a lot of alcohol, though it’s not clear whether drinking played a role in Bedolla-Zarate’s death. He was far from the only Independence Day floater not wearing a PFD.

“We know how it happens,” Cernicek said. “We just can’t get people to do the right thing.”

Shortly after the group of nine or 10 people that Bedolla-Zarate was floating passed the jumping rock and Hoback Bridge — putting them roughly in the geography of King’s Wave — John Berner, 21, said the flotilla got in a bit of trouble. Three of the people in tubes in the group, including Bedolla-Zarate, had broken off. One of the rafts in the group started taking on water, Berner said, and other people rushed to help them. But they didn’t realize that Bedolla-Zarate had disappeared.

Just downriver, Leroy Huffman, 20, saw an empty inner tube float by, and Bedolla-Zarate come by a minute later, struggling to stay afloat. Huffman said he and friends swung downriver on paddleboards and intercepted Bedolla-Zarate, but he was unresponsive. The boaters brought him to shore, Huffman said, and started doing CPR, where they were quickly joined by 10 or 15 other paddlers. One of those boaters, Ian Stauffer, is an EMT and continued CPR.

Huffman ran up to the road to flag people down to call 911.

A strong eddy line north of King’s Wave that Lockhart calls “Boy Scout Camp Eddy” may have separated Bedolla-Zarate’s group and held him under. It quickly flows into King’s Wave, where he was pulled out.

Teton County Coroner Dr. Brent Blue said the cause of death will be known in a few days.

Friends of Bedolla-Zarate said they’d floated that stretch before, but thought it was a first for him.

The Bridger-Teton’s Cernicek said the river from South Park to Astoria is hazardous, and deep, with features that have the potential to suck floaters under.

“It is not a place I would send my mom or my best friend inner tubing, swimming, kayaking for the first time,” Cernicek said. “There’s too much tricky water that people don’t understand.

“It’s a lot more powerful than a human body,” Cernicek said, “especially without a life jacket or a stable boat.”

Another Fourth of July drowning occurred on King’s Wave in 2017, when a 21-year-old was thrown from a raft. The man was not wearing a life jacket. His body was found a week later.

Cernicek said people should know the stretch of river they’re running, have the skills to run it, wear the right clothes, including a life jacket, and be prepared for cold water. People who float the river, Cernicek said, are often dressed for 80- or 90-degree air temperatures, but not 40- or 50-degree water.

He also stressed the importance of floating the river in the right craft. Inner tubes are made for cars or swimming pools, Cernicek said, not the Snake. Ditto department-store rafts.

“It only takes a few seconds for you to swallow some water and everyone to not notice,” he said.

When Tom Bresnehan, Jackson Hole High School’s former boys soccer coach, first met Bedolla-Zarate, he said he was pretty raw but with a lot of athletic ability. Coaches kept him on the team to train him as a goalie, where he excelled. He started playing the field, as a defender, by his junior year.

By his senior year, Bedolla-Zarate was an all-conference defender.

That year, Bresnehan noticed during practice that Bedolla-Zarate was kicking the ball well and, in a game against Rock Springs, gave him the opportunity to take a free kick, relatively rare for a defender.

“He bent it perfectly into the upper corner,” he said. “You should have seen the confused look on his face when I told him to go up and take the kick, and then the excitement that he had jogging back to his position after scoring.”

But Bresnehan and others who knew him said Bedolla-Zarate wasn’t just about the game. He cared about the people he played it with, and the people he knew off the pitch. He grew tremendously during high school.

After he graduated, Bedolla-Zarate joined Schulte as an assistant coach, training goalies. He went to college with his friend Becerra at Western Wyoming College in Rock Springs, where he studied to become a mechanic. He eventually landing a job in town, while also working on cars, including his former coaches’, in his backyard.

Bedolla-Zarate worked extra shifts to buy a car of his own: a white Mercedes C Class. When he drove it, he never forgot to wave.

“He’d pull up right next to you on the road and always have a second to say hi,” said Aspen Johnson, 22.

Jessica Sell Chambers, Jackson Town Councilor, got to know him through her younger brother, Luke. Bedolla-Zarate was part of her brother’s friend group, always around the house. Chambers and friends like Johnson who gathered on her porch Tuesday afternoon remembered him as a calm presence, but one unafraid to intervene on behalf of his friends.

John Berner, who floated Monday with Bedolla-Zarate, said he thought he would want his friends to celebrate him by setting off fireworks. Wotkyns said he thought Bedolla-Zarate would want them to “dress up and look good.” Chambers, meanwhile, thought that he’d want them to do for each other what he always had done for other: Look out for one another and always have each others’ backs. 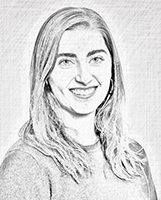 Kate Ready covers criminal justice and emergency news. Originally from Denver, Kate studied English Literature at UC Berkeley and is excited to bring her love for the mountains and storytelling to Jackson.