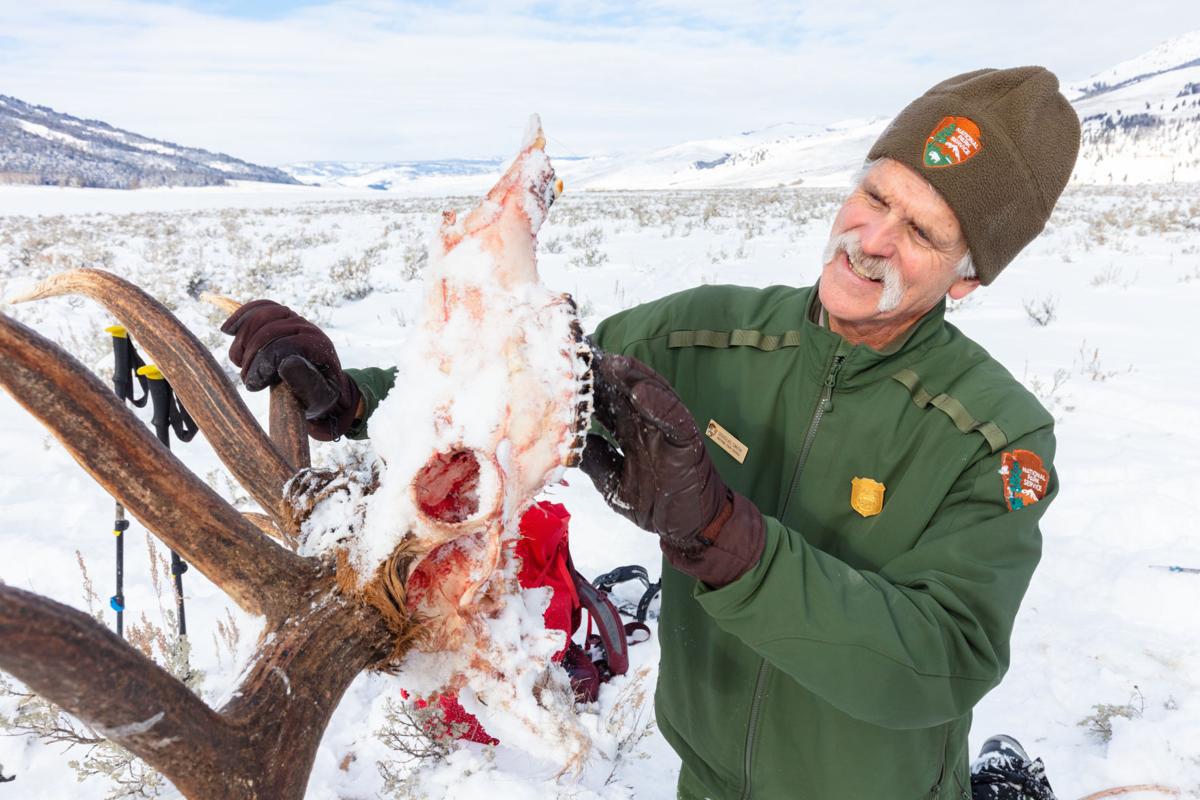 Doug Smith, senior wildlife biologist for Yellowstone National Park, examines the teeth of a wolf-killed bull elk. The Northern Rockies Conservation Cooperative awarded Smith with one of its annual awards for 2021. 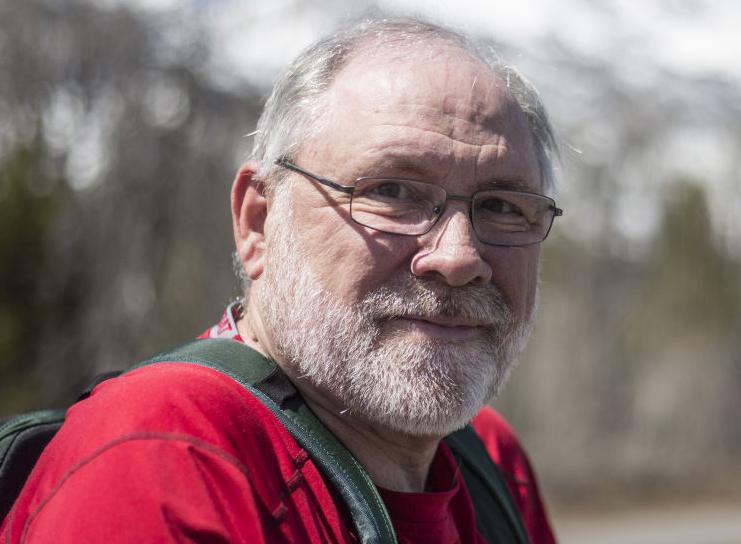 Meeting virtually for the Jackson Hole Wildlife Symposium, staff for the Jackson-based organization announced that the Raynes Citizen Conservation Award recipient for 2021 was Tim Griffith, a fixture in the valley’s birdwatching community. Meanwhile, Yellowstone National Park Senior Wildlife Biologist Doug Smith, who leads the Yellowstone Wolf Project, was given the Craighead Conservation Award.

“He goes out of his way to share his passion for wolves and nature, and works hard to create the respectful dialog that is so needed, especially when the goal is conservation of a feared and loathed predator,” NRCC President Peyton Curlee Griffin said while announcing the award-winners. “Smith exemplifies the Craighead tradition with his efforts to educate through film, books and talks, as well as through scientific research.”

The Raynes Citizen Conservation Award goes to Greater Yellowstone Ecosystem residents who encourage citizen science and conservation and make a positive difference through the actions they take in their daily lives. Griffith, new to the valley in 2015, became the 2021 awardee through his work volunteering and assisting research efforts led by Grand Teton National Park, Teton Raptor Center, Jackson Hole Wildlife Foundation/Nature Mapping Jackson Hole, and the Bridger-Teton and Caribou-Targhee national forests.

“This year’s recipient again demonstrates what a difference one person can make for wildlife and human community-building,” Curlee Griffin said. “If something is happening in the valley for bird conservation, you know Tim is somewhere in the thick of it.”

Past awardees include Carol and Chuck Schneebeck, Frances Clark, and Bernie McHugh and Susan Marsh. The honorific is in the name of naturalist Bert Raynes, who died at 96 on New Year’s Day 2021.

The Jackson Hole Wildlife Symposium’s first photography award was presented to Kate Ochsman for the image “Stay In Your Lane,” which featured a solo bison on a walk down a paved-and-striped roadway.

The Northern Rockies Conservation Cooperative also bestowed the late Joselin Matkins, of southeast Idaho, with a lifetime achievement award for her work on behalf of the Greater Yellowstone Ecosystem’s natural areas. Matkins, 42, was the executive director of the Teton Regional Land Trust and a national leader in the land trust movement, and was deeply involved in the Teton Valley community.

Video clips of Jackson Hole Wildlife Symposium presentations and the award ceremony have been posted online at NRCCooperative.org/virtual-2021-JHWS/.