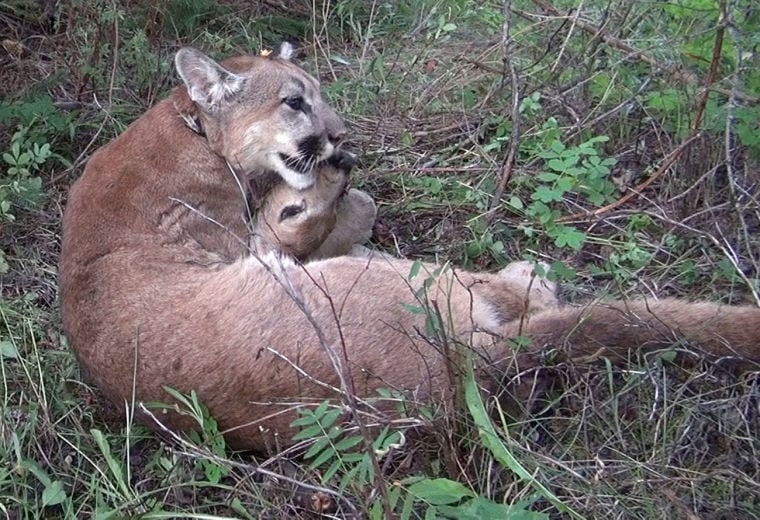 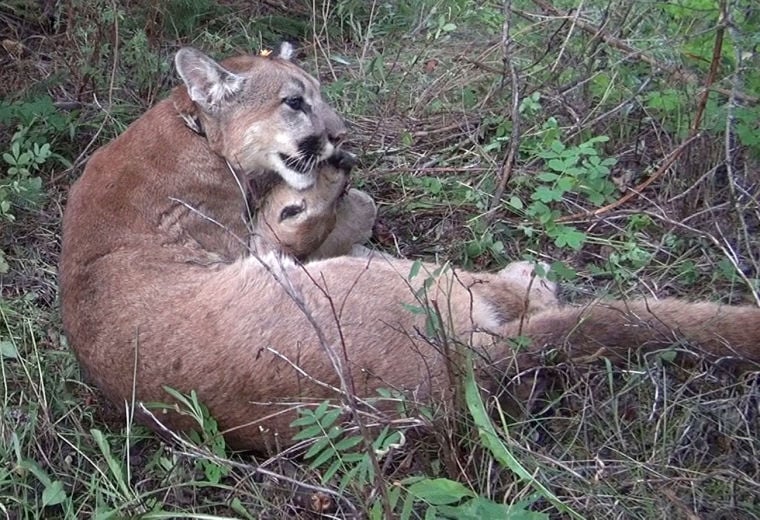 Now more than halfway into a seven-month-long mountain lion hunt, a single cat has been reported killed by a hunter within a management area that surrounds Jackson Hole.

A total of five mountain lions can be killed in hunt unit two, which is managed by the Wyoming Game and Fish Department as a source population for parts of the Equality State that function as population sinks. The theory is that cougars trickle out of what are believed to be high-lion density areas such as Jackson Hole, repopulating outside areas where hunter harvest is higher and the predator is less desired.

Wyoming’s lion hunt runs from September through the end of March. In hunt area two, regulations allow for no more than five cats to be killed each year.

Dan Thompson, Game and Fish’s large carnivore supervisor, said that the lion harvest in area two has been “very low” the last several years. Known mortality in the region, Thompson said, is generally of the “lowest density” relative to other portions of Wyoming.

“We’ve reduced quotas pretty significantly from what they used to be,” Thompson said.

The lion quota in hunt area two has been as high as 12 in recent years, he said, and has been reduced through a public season setting process that takes place every three years.

Lion hunt area two is roughly bounded by Idaho on the west, Yellowstone National Park on the north, the Continental Divide on the east and the divide of the Gros Ventre and Hoback river drainages on the south. It surrounds northern Jackson Hole, as well as a nearly 900-square-mile study area that’s been monitored by Teton Cougar Project biologists for the past 13 years.

Some recent research by the Teton Cougar Project is raising some questions about the effectiveness of methods used to set mountain lion hunting seasons in Jackson Hole. The same season-setting methods are applied elsewhere in Wyoming.

Even allowing five cats to be hunted each year may in the long run be unsustainable, said Mark Elbroch, project leader for the Kelly-based research group. Local lion numbers, Elbroch said, are in “significant decline,” which counters Game and Fish’s management model marking the region as a “source” population.

A combination of harsh winters, wolves, hunting and other factors have combined to make Jackson Hole an area that sustains relatively few cougars, Cougar Project research has found.

There’s some evidence that a reduction in the hunt quotas could stem the decline, Elbroch said.

“Our preliminary analysis shows that if we were to reduce harvest by 60 percent that we would have a chance to stabilize the population — that is, stop it from going down,” the cougar biologist said.

Research from Utah, he said, suggests that the population would recover if it went without hunting for as little as three years.

“Our goal, hopefully everyone would agree, is to stop the decline,” Elbroch said. “What would be wonderful is if we — meaning the community, state agency, everyone interested — could approach this with a flexible mindset. Then say let’s try X — maybe a [hunting] moratorium — and let’s see what happens,” he said.

Currently Game and Fish sets lion seasons by looking at the density of lion mortality on the landscape, Thompson said. Populations in most parts of the state are not known at this time, he said, although different estimation methods are now being tested.

Game and Fish and the Teton Cougar Project have collaborated on the tests, which include estimation of population via aerial surveying, scat analyses, video monitoring and tracking during winter.

Dear Mr. Elbrouch: please provide the readers with your educational and professional background in the field of wildlife management and predator biology. I think its important to understand who is awarded the title of "project leader" and compare said crudentials to that of Game & Fish Wildlife Biologists that have MS & PhD's.
it would also be extremely useful to the public if these news articles provided actual research numbers along with what comes across as opinion, because it would appear the Cougar Project is asking to reduce the quantity of a value of an undetermined set, just to see if said subset might create a value to offset the main set of an undetermined size. I hope Im perfectly clear as is your suggestion.