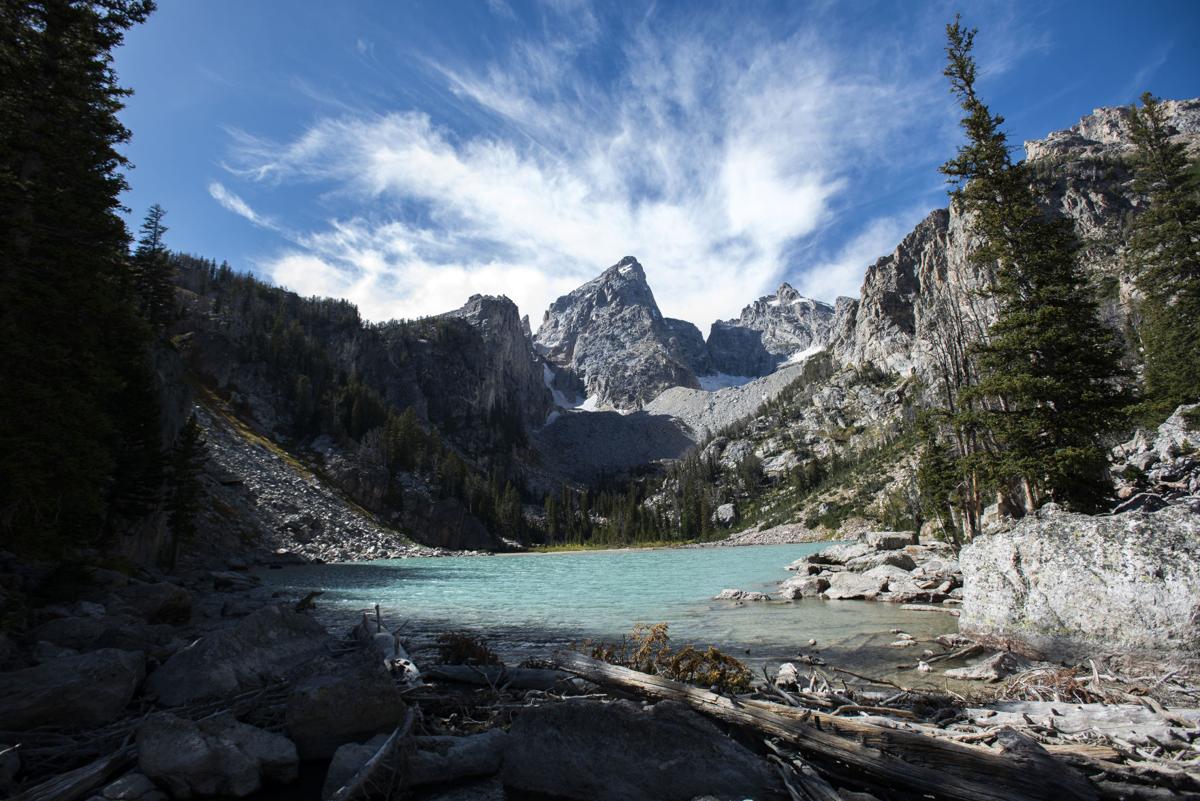 Cian McLaughlin was last seen in the area of Delta Lake in Grand Teton National Park. 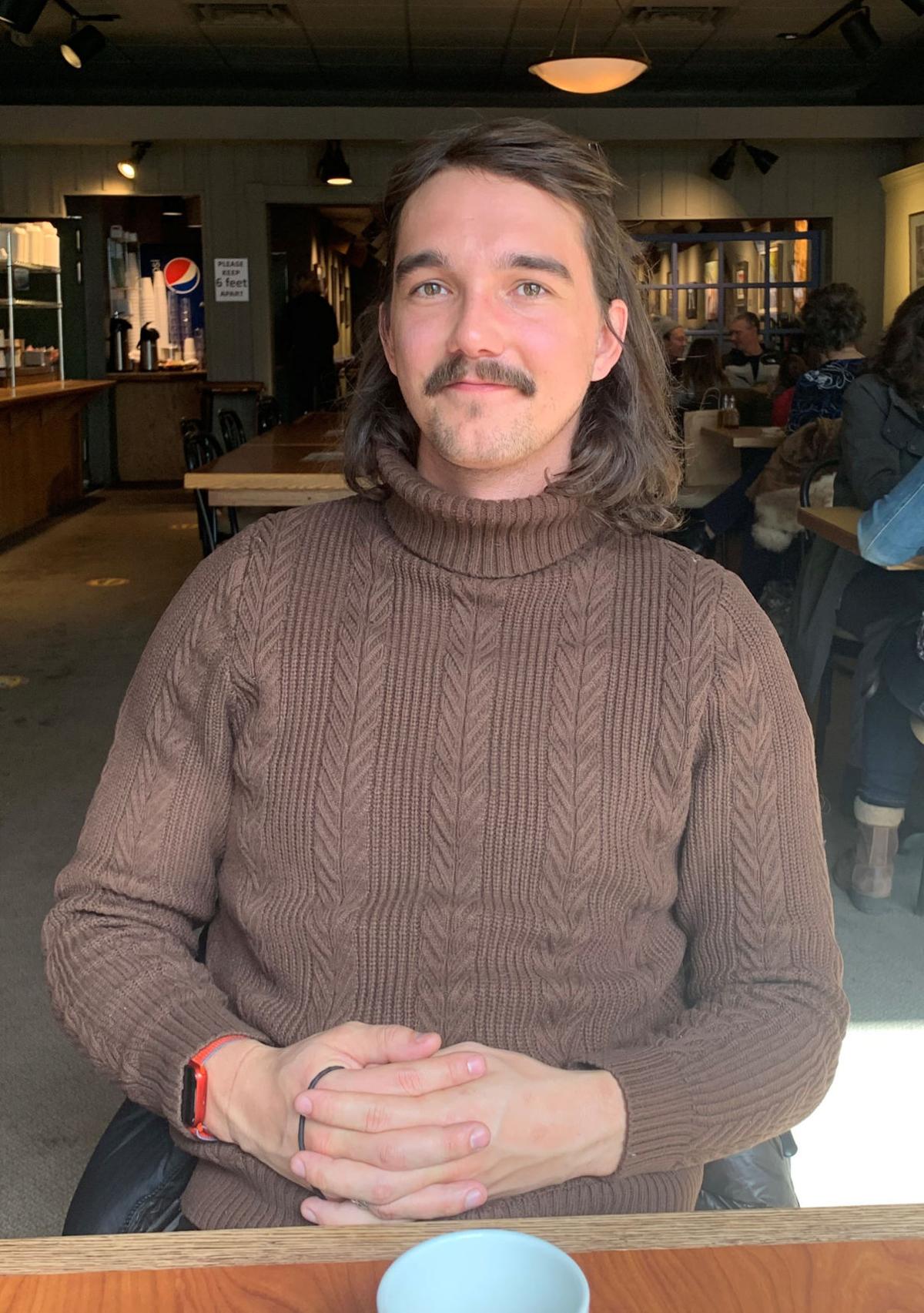 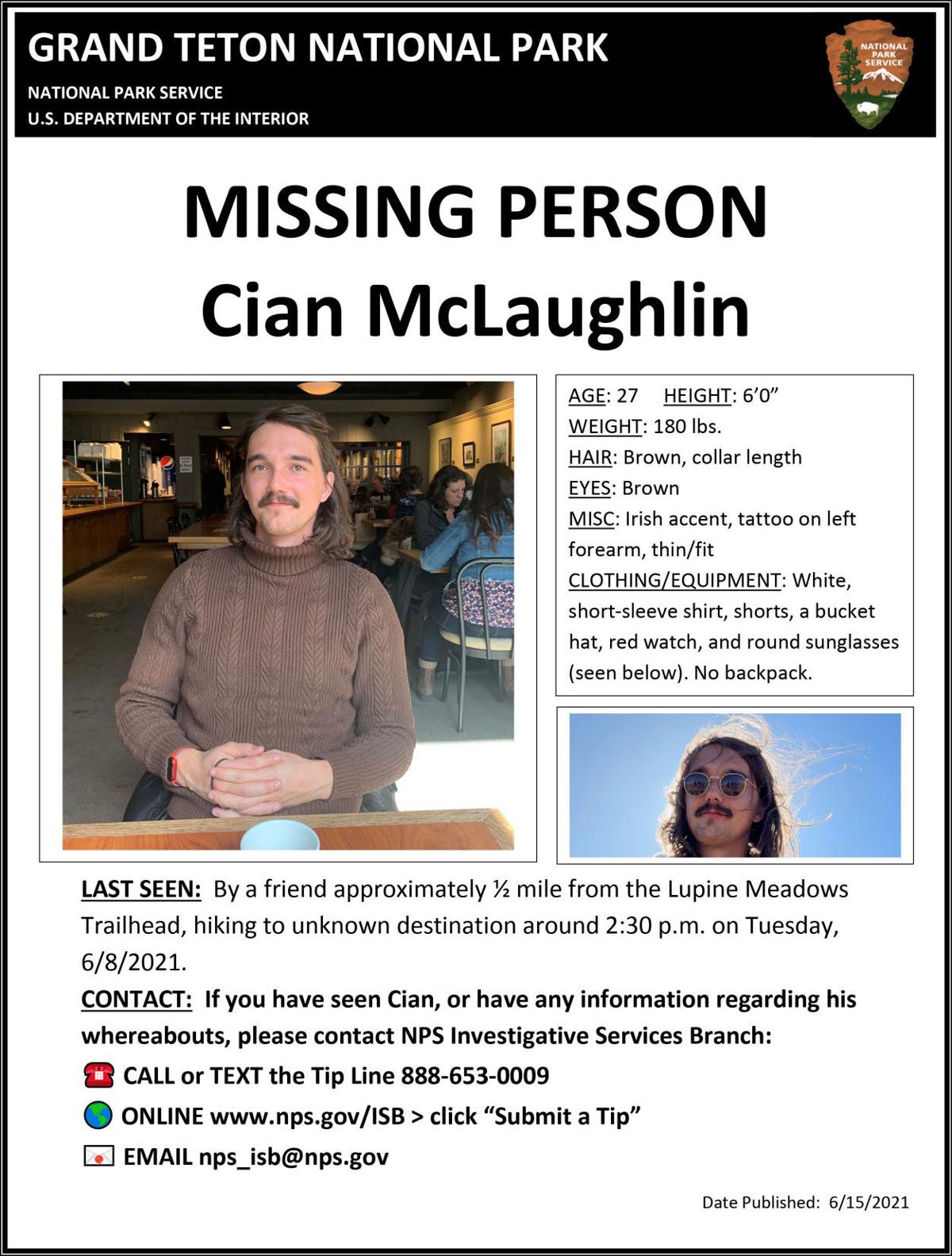 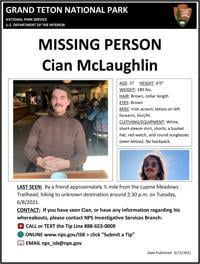 Cian McLaughlin was last seen in the area of Delta Lake in Grand Teton National Park.

Two more tips have come in helping search teams narrow where they’re looking for a 27-year-old Jackson Hole resident who was last seen in the Tetons more than a week ago.

One sighting of Cian McLaughlin came from a hiker who crossed paths and briefly chatted with the missing man while on the switchbacks just below the trail junction leading to Garnet Canyon and Surprise Lake. The informant recalled an Irish accent, which told Grand Teton National Park that the report was credible, spokesman C.J. Adams said.

“Somebody else that thinks they might have seen him in the Delta Lake area in the late afternoon/early evening timeframe,” Adams said. “But that’s really all we’ve found or seen at this point.”

More than 40 Teton Park staff were involved in the third day of searching, as were additional Teton County Search and Rescue volunteers, five search-and-rescue dog teams and the Teton Interagency Helicopter. In addition, the Civil Air Patrol flew over the area Tuesday morning using a technology called “Forward Looking Infrared,” which employs a heat-sensing camera.

“It didn’t come up with anything,” Adams said.

The two new tips that came into the National Park Service’s information line (888-653-0009) did not dramatically alter where searchers were looking, Adams said, because they were already focused on Delta and Surprise lakes and Garnet Canyon.

Park rangers found McLaughlin’s vehicle at the Lupine Meadows trailhead on Sunday, the day after he was reported missing to the Teton County Sheriff’s Office and three days after he missed a shift at work. But it was two full days before that — Tuesday, June 8 — that passersby on the trail encountered McLaughlin, who’s from Dublin, according to his Facebook page.

McLaughlin didn’t leave a hiking plan with anyone authorities have reached, which has complicated finding him.

“One of the takeaways or lessons learned,” Adams said, “is that it’s important, if you’re going out in the backcountry, to let somebody know your plans and also when you plan on being back.”

Park officials tried to locate McLaughlin by pinging his phone, but the last location recorded was the day he went missing and did not provide any helpful information, Adams said.

According to security camera footage, McLaughlin entered the park via the Moose Entrance Station at 2:15 p.m. He was wearing a white short-sleeve shirt and a red watch while in his vehicle, and later on the trail hikers reported seeing him in shorts and wearing a bucket hat and round sunglasses. He also sports a noticeable tattoo on his left forearm.

According to one tipster, McLaughlin carried no backpack that could have housed additional gear. That means he would have been ill-prepared to endure cold temperatures, and the thermometer plunged in the 30s during nights the first week of his disappearance.

Adams on Monday didn’t speculate whether a week in the Tetons without supplies would be survivable.

“We’re hopeful that we’ll find him,” he said.

Teton Park has no plans to scale back its search, and operations will resume with the same level of effort today, Adams said.

Although rangers and searchers have not found any clues of McLaughlin’s whereabouts so far, they’re holding out hope that additional information will come through via the tipline that leads to a breakthrough.

“We’re still seeking tips,” Adams said. “That’s a pretty well-traveled area, so I’d imagine that if he was on a trail that people would have seen him. So if you saw something, let us know.”

Tips can be phoned or texted into 888-653-0009, emailed to nps_isb@nps.gov or submitted online by going to NPS.gov/ISB and then clicking “submit a tip.”

“We’re still seeking tips. ... So if you saw something, let us know.” — C.J. Adams GTNP Spokesman