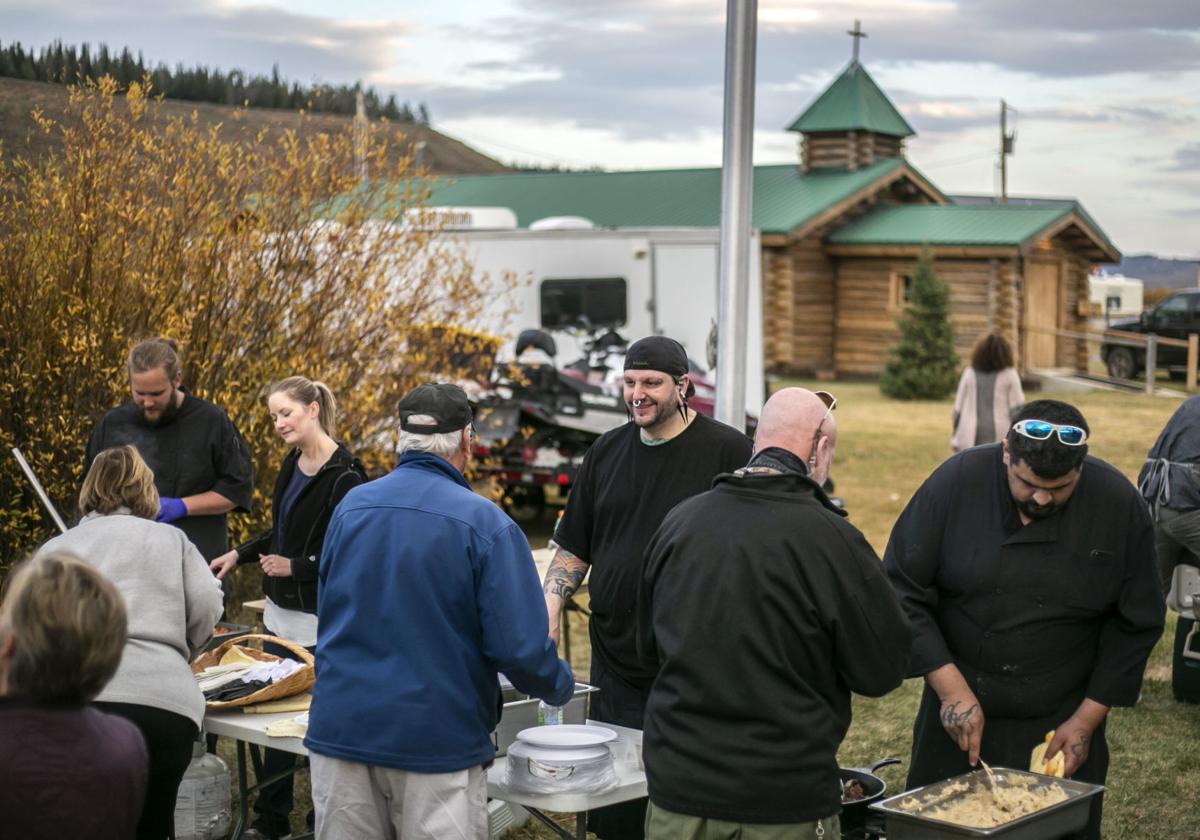 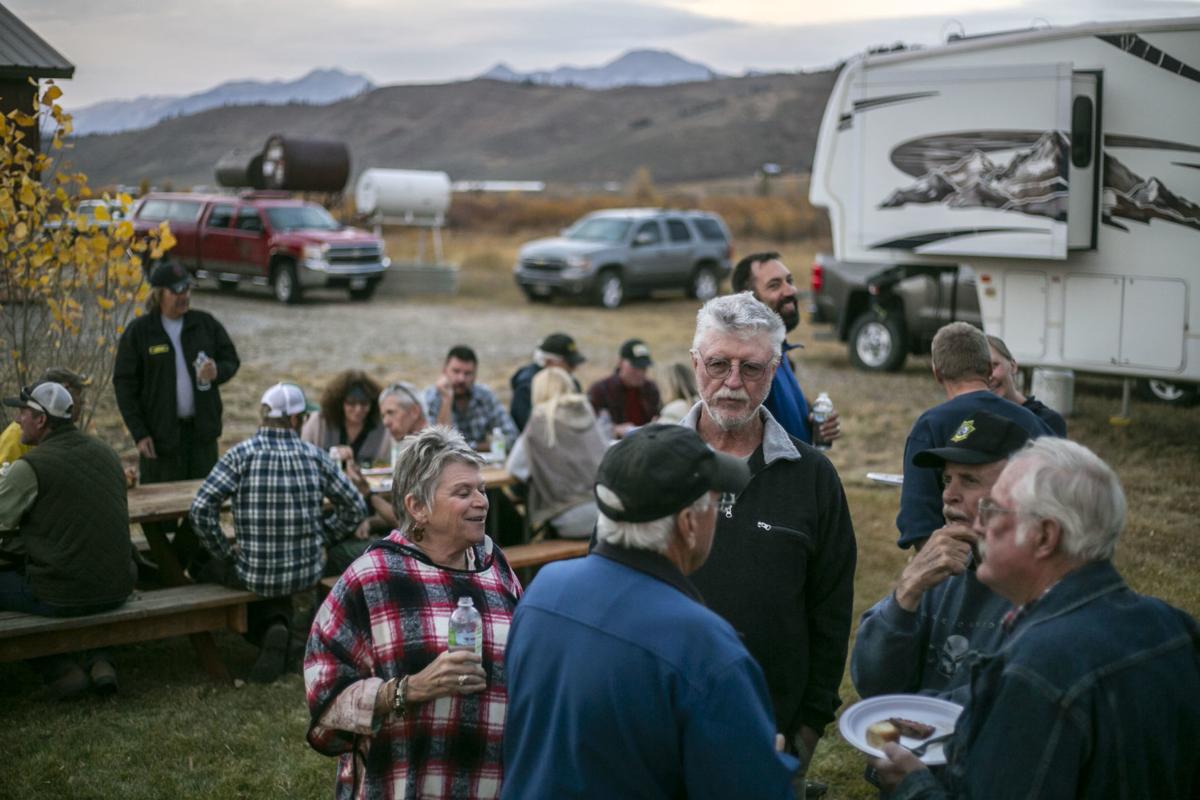 With the sky less smoky than in the past few weeks, a crowd gathered Monday evening in the yard of St. Hubert the Hunter Episcopal Church in Bondurant.

The occasion: a dinner, a sign of support and resilience. A row of folding tables bore lasagna, flank steak, chili and salad.

“People started showing up around 4,” said Paulie O’Connor, the restaurateur who put on the dinner.

O’Connor, who owns the Old Yellowstone Garage restaurants and the Million Dollar Cowboy Steakhouse, teamed up with Albertsons, Jackson Whole Grocer and Smith’s to feed the small, tight-knit community displaced by the Roosevelt Fire, which claimed 55 homes in Bondurant’s Hoback Ranches subdivision.

Providing a meal was a small way that O’Connor and his chefs could support the Bondurant community, and other relief systems have cropped up in the last week. The American Red Cross has set up a donation center at 215 Country Club Lane, Unit 7, in Pinedale and has published a list of requested donations.

Other efforts have formed to raise money for the rebuilding process.

“You have to think about support in two buckets: immediate and short-term needs … and the other bucket is the long-term,” said Chris Lacinak, who is helping organize a Go Fund Me campaign for those who lost homes. “That’s why we are focused on the coming months.”

Lacinak’s campaign is a partnership between the Bondurant Community Club and the Pinedale Lions Club. As of Tuesday it had raised $22,265 and has a goal of $500,000, which may seem lofty, but it takes into account that homeowners are faced with rebuilding, logging and reseeding, and infrastructure repair. Most of the people whose houses were lost are insured, but for those without insurance rebuilding would be a daunting task.

“We pulled that number out of a hat, because we know the loss is huge,” he said.

As the fire still burns, rebuilding is on people’s minds but is far is from imminent. Homeowners were just let back in to start assessing damage Monday morning, and the Red Cross is still active on the ground, delivering tangible items and support, though its shelters have been noticeably empty.

“When you have hurricane in the South, the shelters are full for weeks,” said James Lenell Ledwith, the Red Cross disaster program manager. “Here, everyone’s staying at friends’ houses or in someone’s camper or extra apartment.”

As the sun dipped low, throwing shadows on the church lawn and pink and deep purple streaks into the clouds, neighbors ate their lasagna and drank bottled water. Some, finished with their meals, munched on handfuls of cookies made that morning by a woman in Alpine.

They were at turns somber and boisterous. Some shook hands; most hugged. Vince Sellers regaled the crowd at the picnic tables with stories of setting up pumps, hoses and sprinklers to ensure his house made it. (It did.)

For those not as lucky as Sellers there were shoulders to lean on and a picnic that felt more like a family reunion. Talk quickly turned to the future, of pouring foundations and clearing burnt trees.

As the recovery proceeds to the point when those things can happen the Red Cross will hand management back to locals, a sure solid sign the neighborhood is on the mend.

“The big thing we’re doing is supporting the long-term recovery,” Lenell Ledwith said. “This is really the first day of that.”

A collection of stories covering the Roosevelt Fire near Bondurant, Wyo.