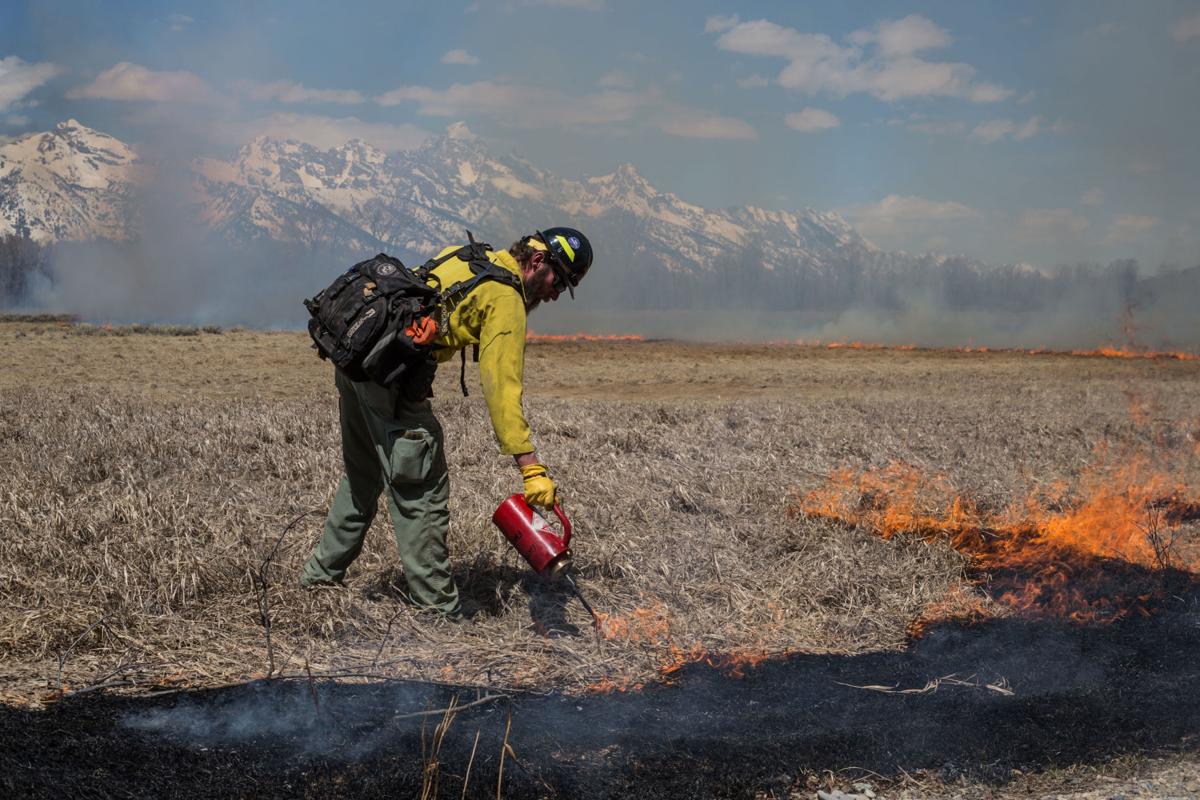 Park Service firefighter Andrew Dockins lays down fire while working a burn on 147 acres of grasslands on the National Elk Refuge. 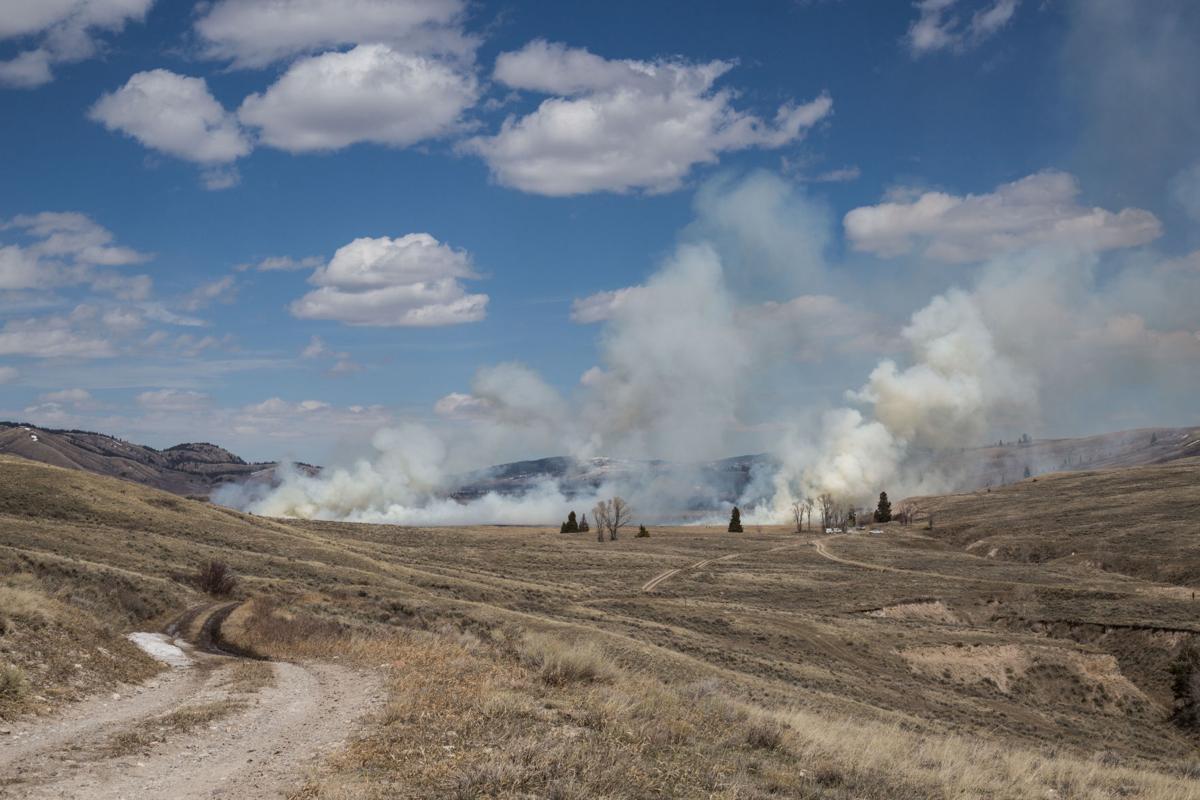 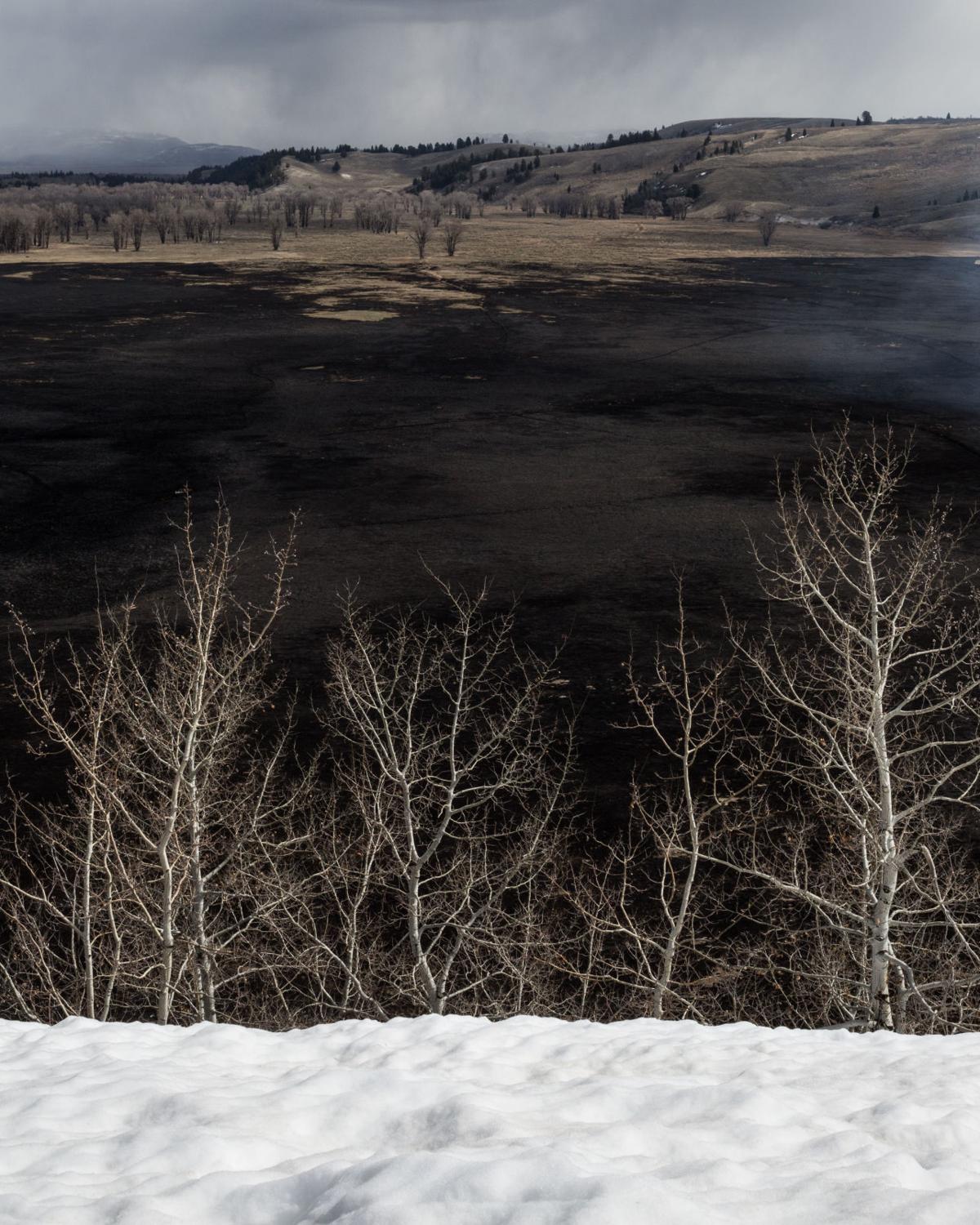 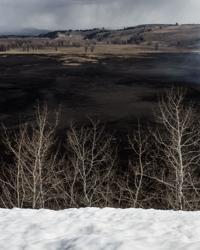 A charred landscape is all that remains last Friday, a day after a prescribed burn of grasslands bordering the Gros Ventre River on the northern end of the National Elk Refuge. 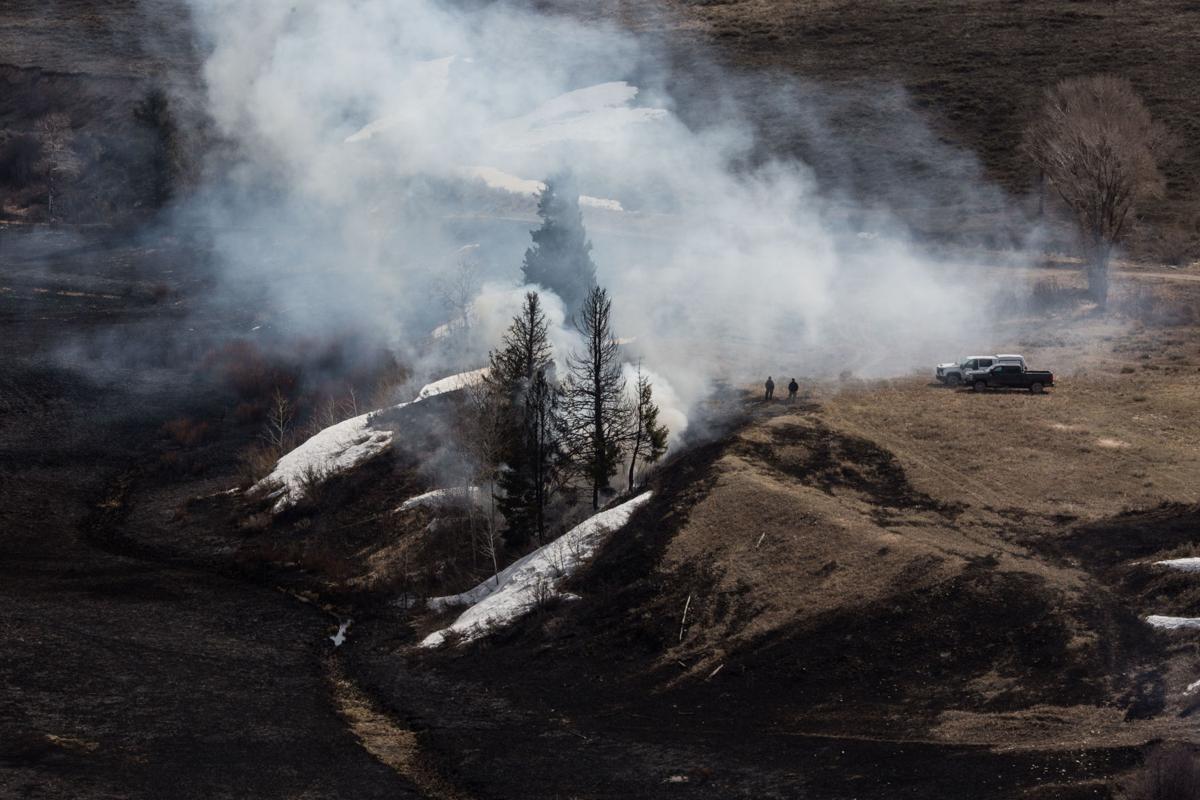 Teton Interagency firefighters Addie Hynes, Paul Hood and Andrew Dockins work a prescribed burn last Thursday on the northern end of the National Elk Refuge. The burn was the first on the refuge since the early 2000s. The fire’s goals included reducing fuels ahead of the dry summer season and getting green, nutritious grasses to grow to increase use of the area by elk and bison.

Counterintuitively the knee- and waist-high flames crept through matted and cured grasses straight into the wind coming out of the southwest.

This is what firefighters refer to as “backing.” On Thursday, in a grassy flat just outside the cottonwoods south of the Gros Ventre River floodplain, “backing” was just what Teton Interagency Fire assistant fire management officer Bill Mayer wanted to see.

“If you’ve got a good, continuous fuel bed, it’ll do that,” Mayer said. “For the most part, it’s just backing on its own.”

Firefighters corralling predictably moving flames set the scene for the National Elk Refuge’s first prescribed burn since early in the first term of the George W. Bush administration. The two-decade-long absence of flames from the landscape — best known as a wintering ground for thousands of elk and hundreds of bison — resulted from a lack of funds and resources. But ahead of this springtime burning season, when the vegetation is dry, but not too dry, the Elk Refuge secured enough money to pull off a 147-acre controlled fire in the Pederson Prescribed Burn unit.

Tracy Swenson, a fire management officer for the U.S. Fish and Wildlife Service, traveled from out of the area to oversee the operation. Members of an interagency crew hailing from the Bridger-Teton National Forest and Grand Teton National Park visited the site Wednesday and again around 10 a.m. Thursday to walk and flag a predetermined GPS-marked perimeter, to take photos and lay a line of hose for easy access to water.

The wind, gauged at 4 mph at eye level that morning, was gusting stiff enough to inch the flames along, but gusts also didn’t exceed 10 mph, deemed the upper end of what’s safe and controllable.

As they got going the team of firefighters watered down and burned grass to establish a northeast fire line on the downwind side of the blaze. Then readied for hours of backing.

Wayne Petsch, a wildland firefighter employed by Teton park, assumed the role of burn boss trainee, and by just after noon he was roving around and documenting ideal fire behavior.

The flames, in other words, were moving slowly and consuming most of the available fuel.

“We don’t just want to quickly burn the top layer,” Teton Interagency firefighter Addie Hynes said. “We want it to slowly burn down through all the layers.”

About an hour in, flames had backed against the wind all the way to where observers were posted up on a two-track road that meanders along the base of a dry irrigation canal that diverts water from the Gros Ventre River into Flat Creek. Hynes, along with interagency firefighters Paul Hood and Andrew Dockins, teamed up to steer the burn’s southeastern edge. They used the road as a firebreak and wielded a drip torch that spewed a flaming mix of diesel and gasoline to advance the fire along and create a blackened perimeter buffer to guard against a shift in the winds.

As far as roles go, their’s was a choice gig.

“You’re either sucking smoke at the engine,” Hynes said, “or lighting up at the line.”

The primary goal of the Pederson Prescribed Burn is to promote elk and bison use of the refuge’s northern reaches, according to Refuge biologist Eric Cole. Due to its location a mile or so east of Gros Ventre Junction and the Spring Gulch Road subdivisions beyond, the blackened though soon-to-be greened up ground could also make it easier to control a wildfire if one were to spark in the area.

Like other parts of the central Jackson Hole valley, wildfires are not tolerated on the refuge and are quickly extinguished when they do occur.

“Although fire was historically an important component of the ecosystem within the valley, it has been virtually eliminated as a naturally occurring process on the National Elk Refuge since the inception of the refuge in 1912,” the refuge’s 2002 Wildland Fire Management Plan states.

Using man-made, controlled fire in lieu of the wild variety has benefits beyond bumping up the nutritional quality of grasses and wildflowers so elk will be more inclined to eat them. Other objectives identified in the refuge’s plan include improving waterfowl habitat and nesting and feeding grounds for migratory birds. Enriching and increasing microbial activity in the soil is another benefit.

Kari Cieszkiewicz, the refuge’s environmental education specialist, will have her eye out for the changes to come and what returning fire to the landscape could mean for a multitude of species.

“This is one of my favorite spots to come look for wolves,” Cieszkiewicz said. “We’ll see how they like this new burned area.” 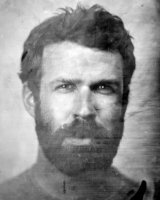