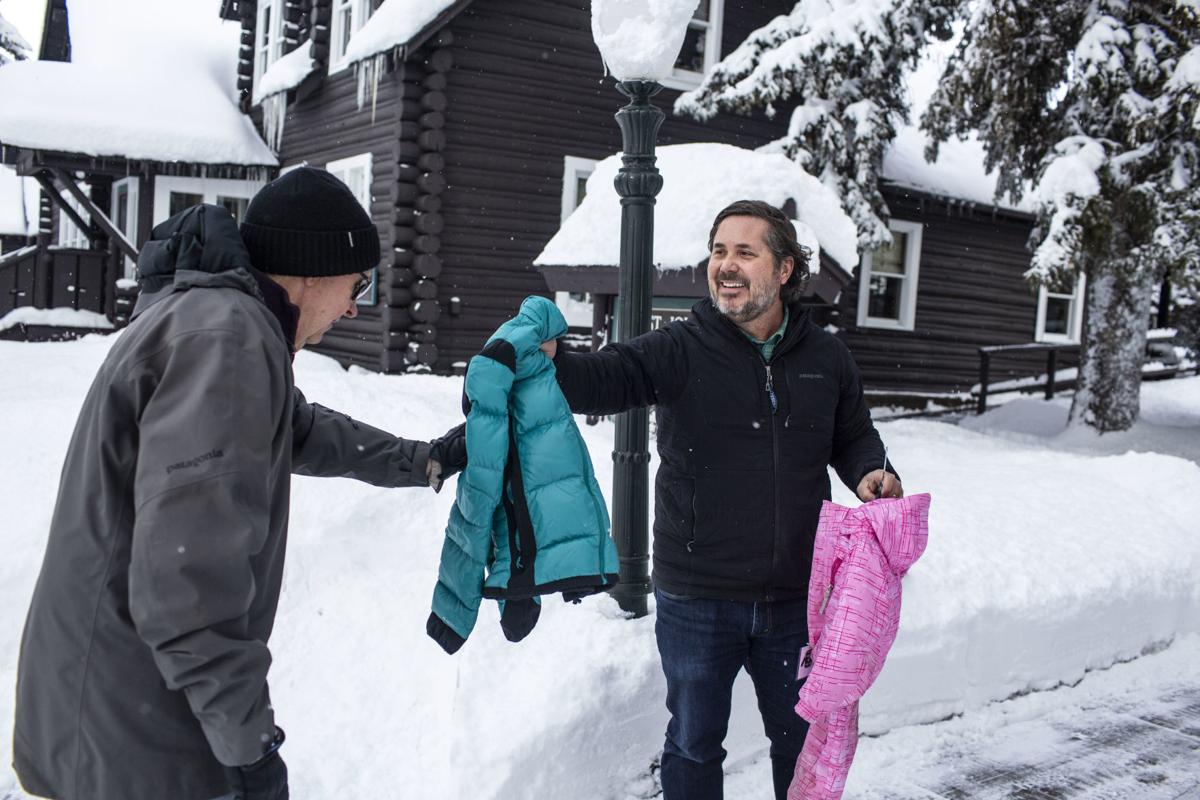 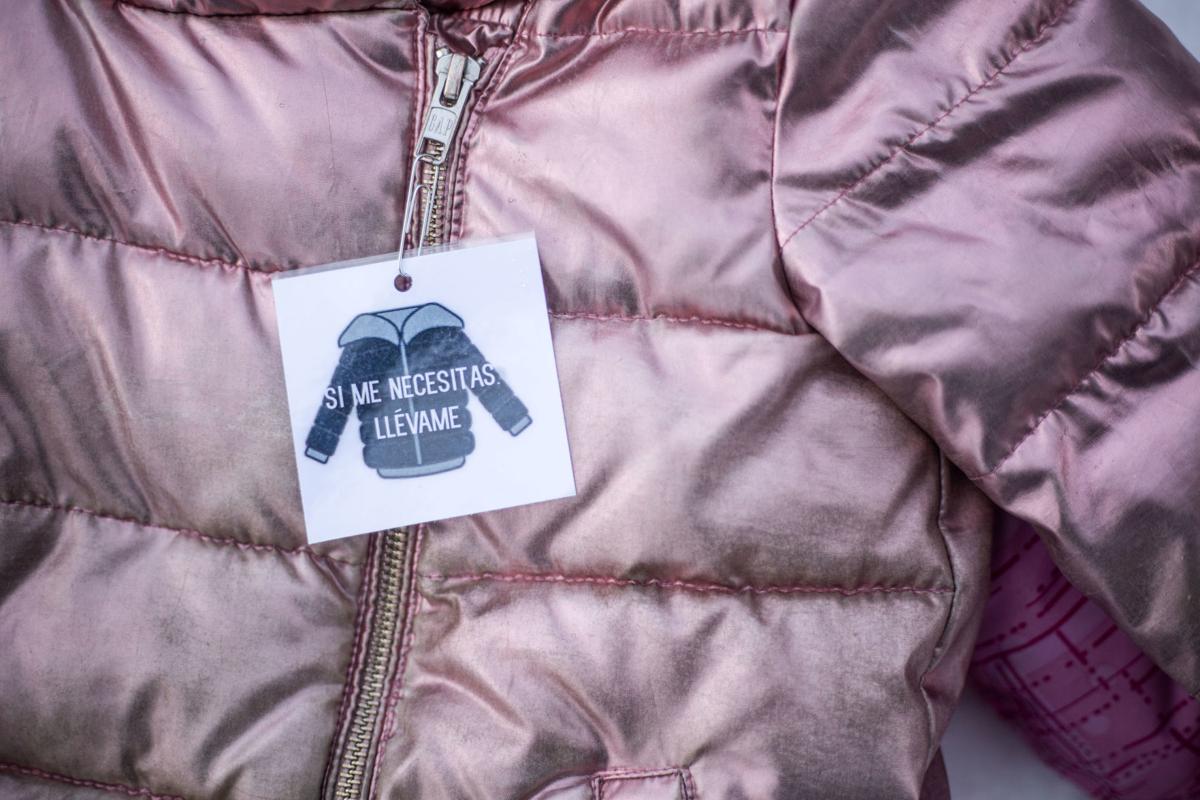 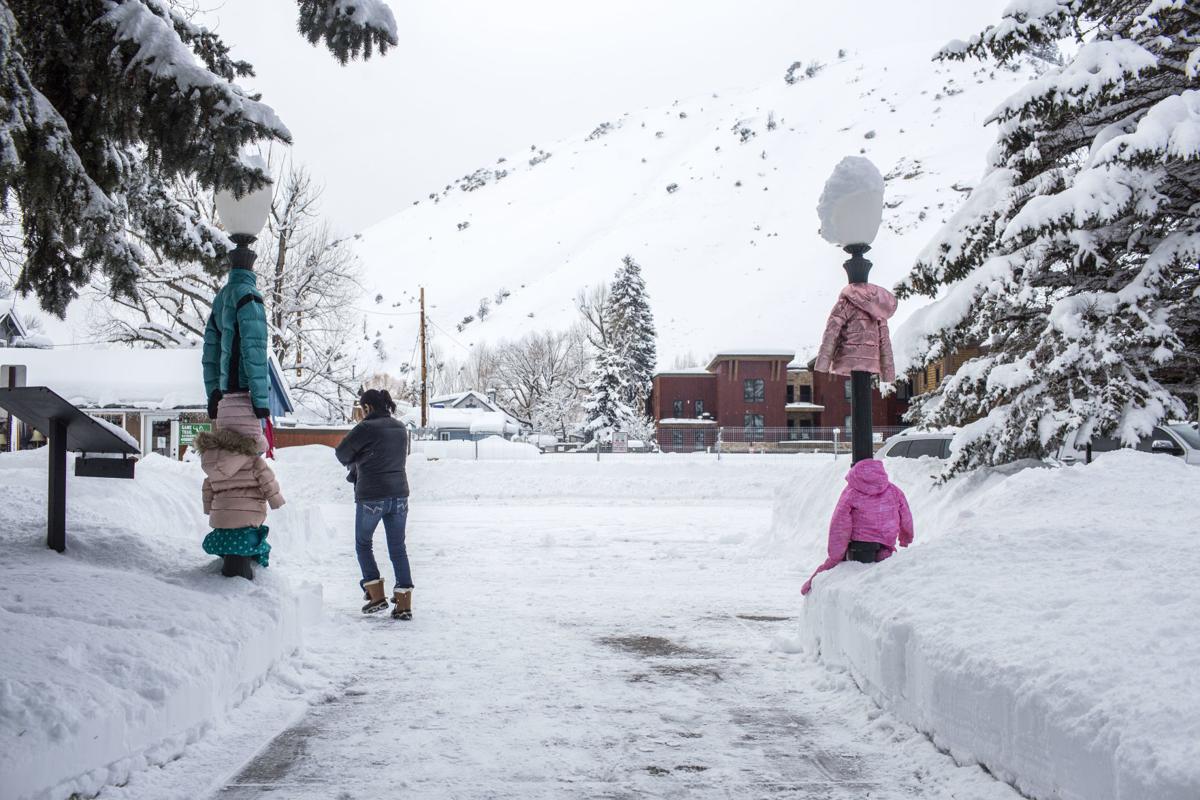 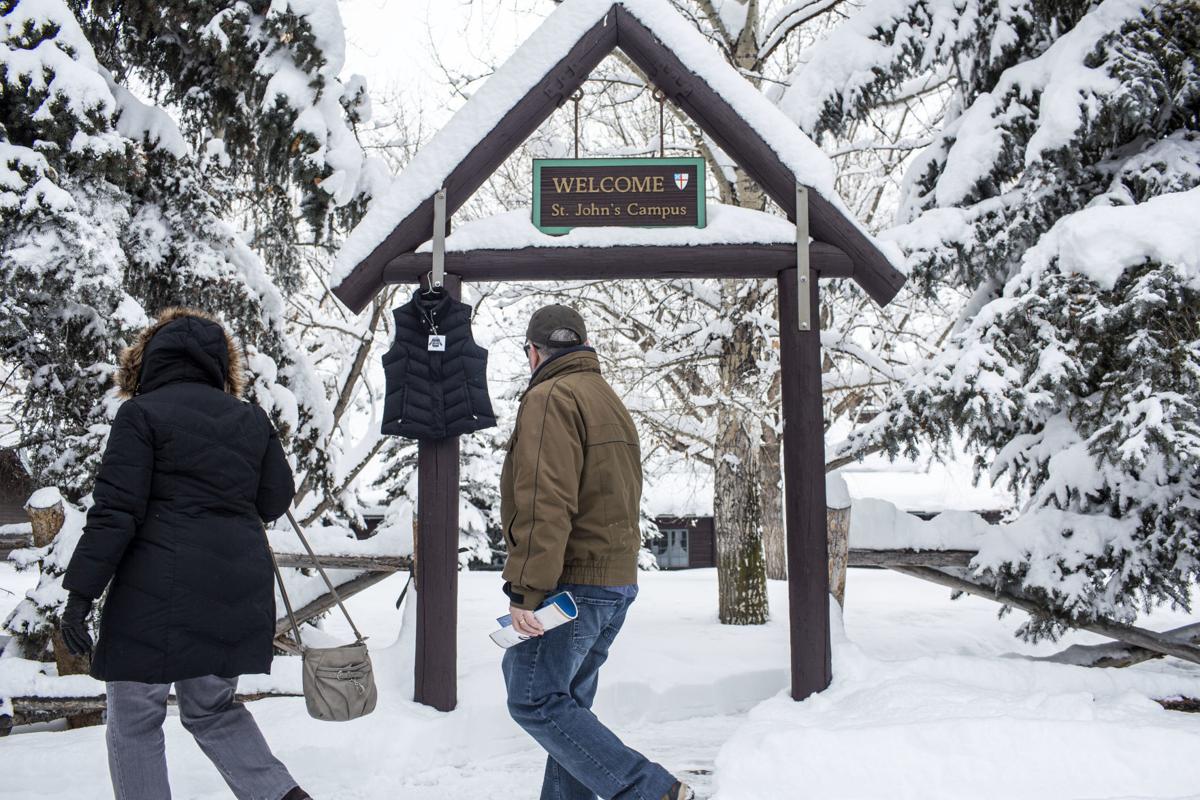 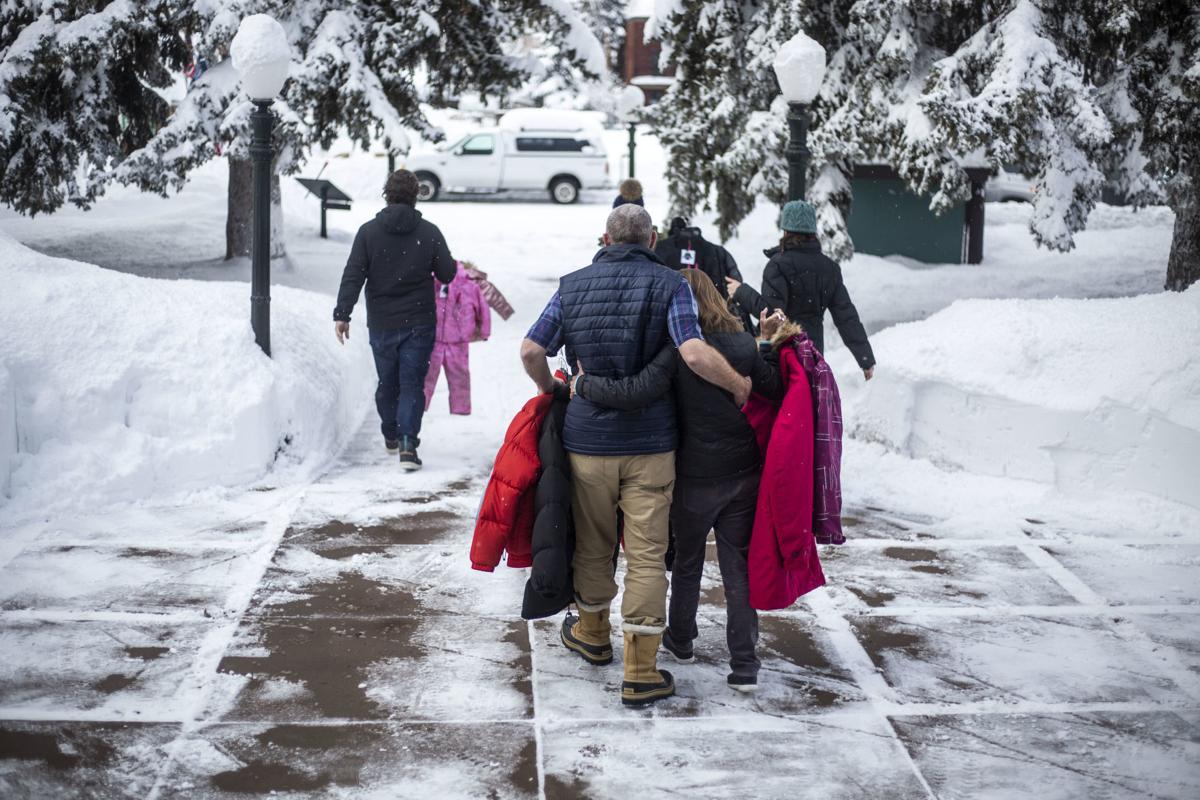 The grounds were especially loaded with new powder on Feb. 5, the valley having received over 3 feet of snow in four days. Undeterred, St. John’s staff trudged from the church foyer to the outdoors, arms loaded with jackets of all colors and sizes, some gently used and some recently purchased.

The walkways through the campus were narrow, only recently dug out.

The winter clothing was placed outside, hung on poles and street signs, zippered around lampposts. Each carried a tag printed in English and Spanish — “If you need me, take me.”

“So many of us have jackets hanging in our closets,” said the Rev. Jimmy Bartz, rector of St. John’s.

The new style of coat drive is a way to find new owners for some of them. It’s an initiative sparked by Chip Marvin, a parishioner who was inspired by a similar effort he saw on social media.

“I texted it to Jimmy and he and Lonnie [Brown, the Browse N’ Buy manager] got it done,” Marvin said. “As I said to Jimmy, ideas are a dime a dozen. It’s the doing that’s important.”

“Like all good ideas, it took us like two months to get our act together,” Bartz said.

Since staff started offering the free jackets, however, they’ve given away over 100. Last count was approximately 125, St. John’s communications director Haley Deming said.

The effort has largely been organic, coming from calls for jackets at Sunday services. Bartz has even tapped into Marie Kondo’s “Tidying Up” trend, asking parishioners to donate “coats that don’t ‘spark joy,’” Deming said, a catchphrase for downsizing popularized by the book and hit Netflix show.

The movement has also seen some interest on social media with a few shout-outs and well-placed hashtags for #TheEpiscopalChurch and #TheJesusMovement. News of the local drive has since reached nearly 10,000 people across the country, Deming said.

“It just kind of gained momentum,” she said. “We really didn’t say anything to anyone.”

A child-size coat was plucked from a lamppost before staff was even finished sprinkling the jackets around the campus two weeks ago. Within a half an hour, more coats had disappeared, and by the end of the day all found new homes.

“Which is wonderful,” Bartz said, “and a little heartbreaking. It just means there’s a lot of people walking around our church campus who are cold.”

This story was updated to correct the reach of the messaging. — Ed.

If you have one, give one

Gently-used winter coats of all sizes may be donated to the "If You Need Me, Take Me” coat drive. Drop off winter jackets in the foyer of the St. John’s Episcopal Church or the church office, west of the main chapel.

Staff will continue to hang coats around the campus through the winter and spring months.

“As long as people are taking them,” St. John's Rev. Jimmy Bartz said, “we’re going to be putting them up.”