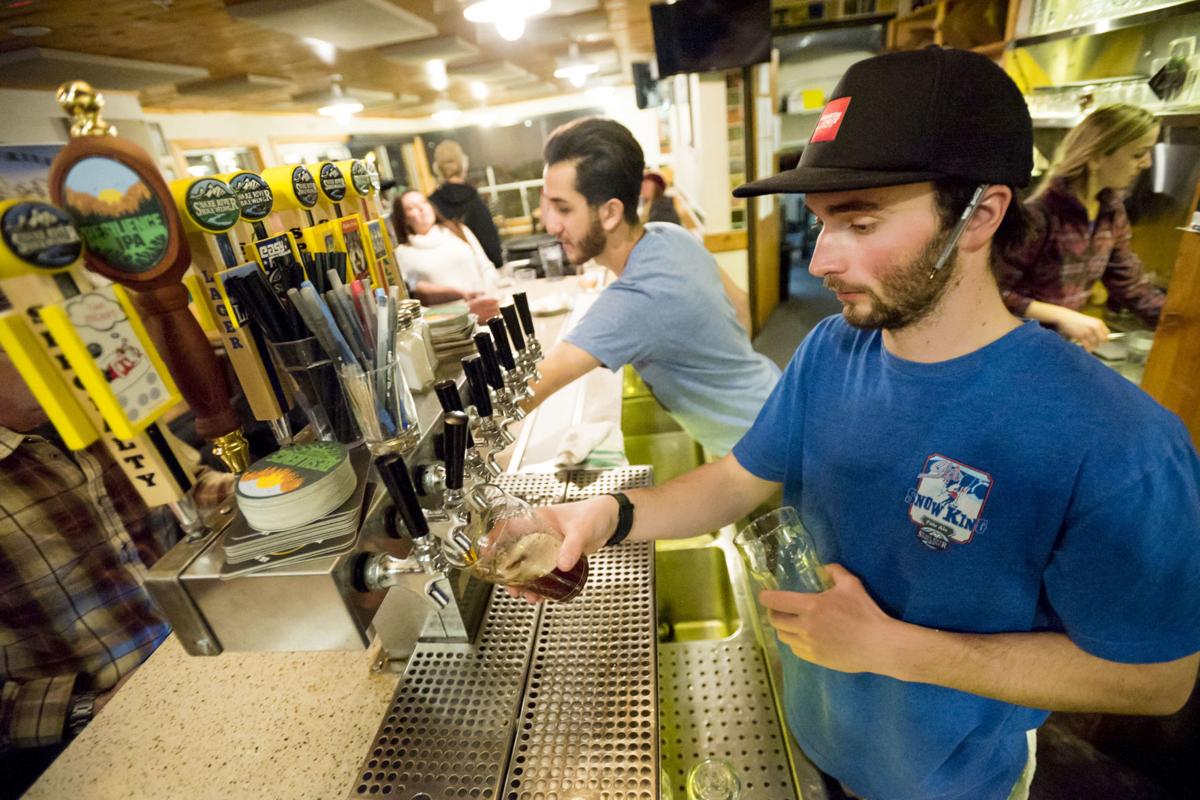 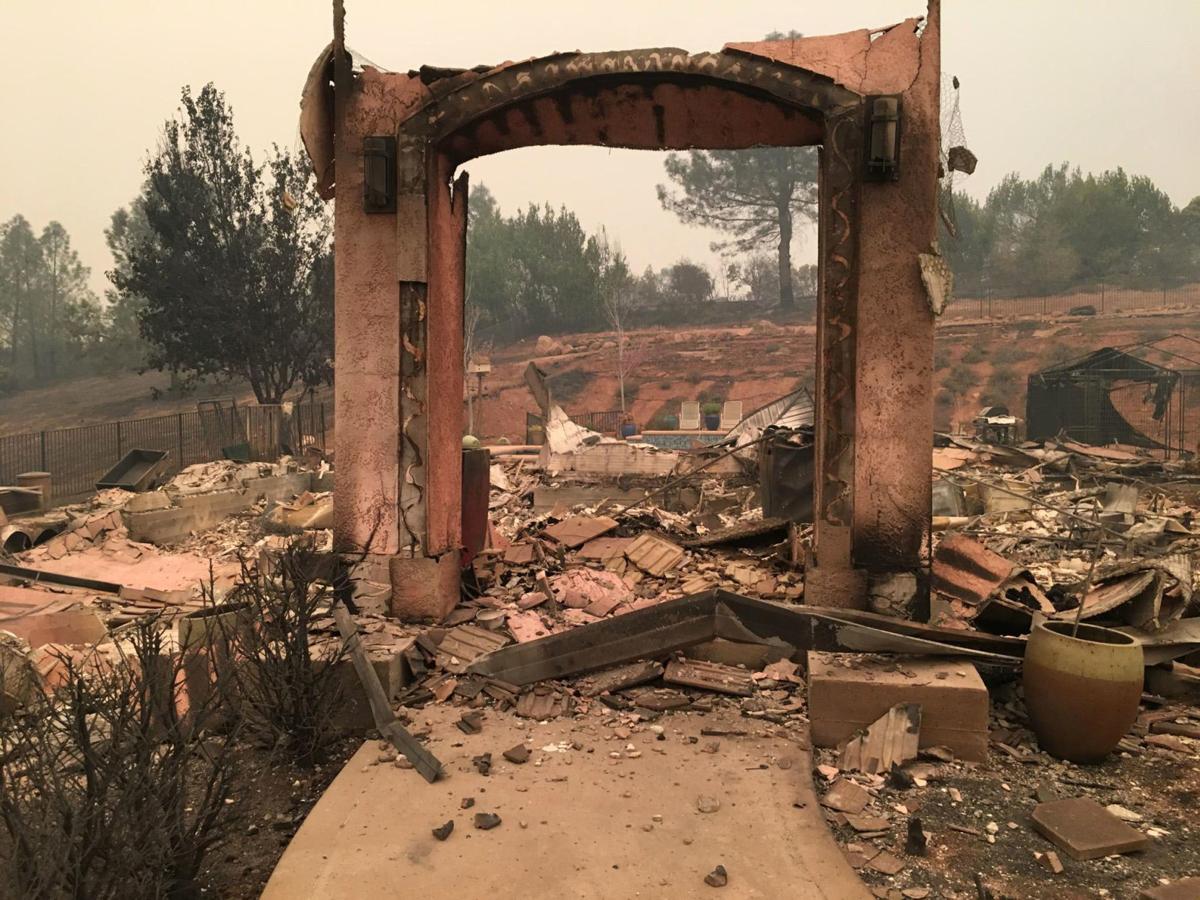 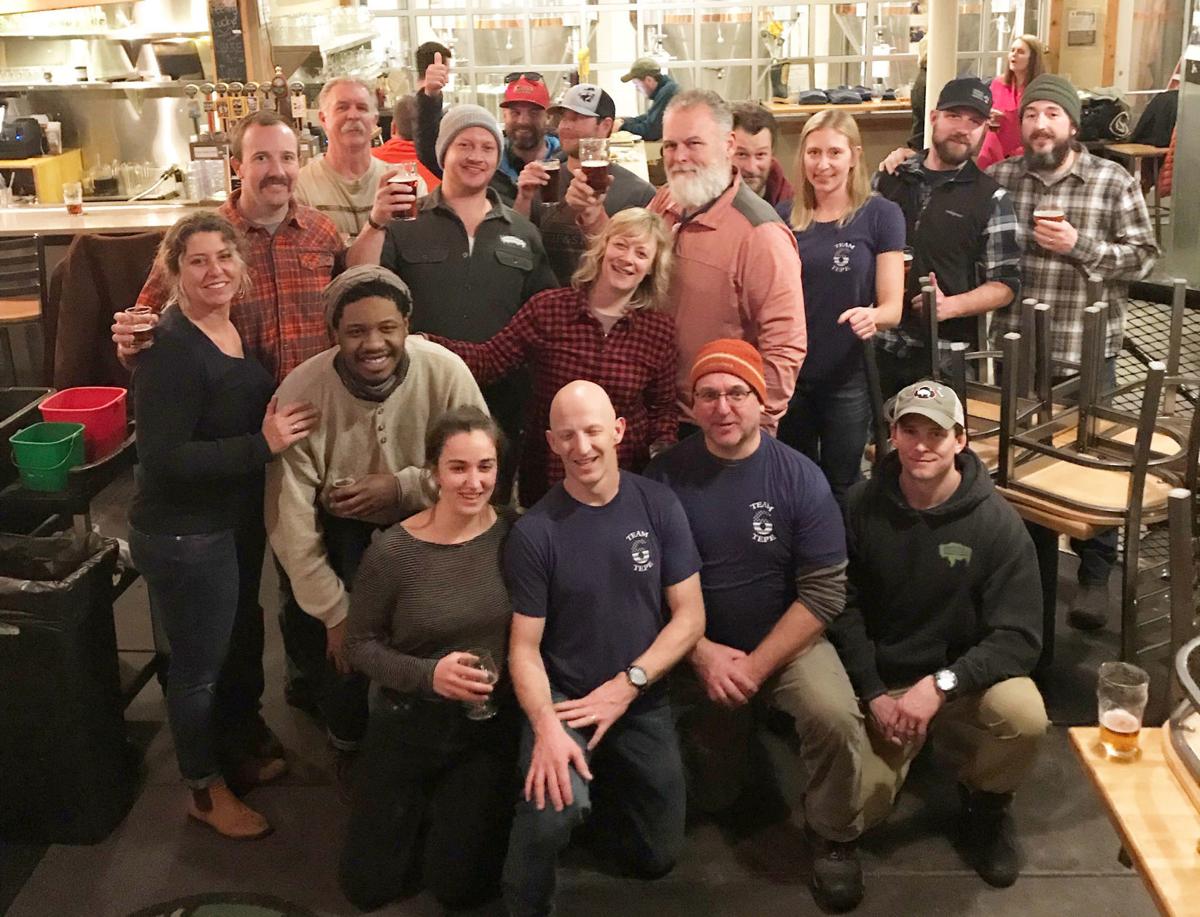 Denny and Mike Malloy (center), with Snake River Brewing employees and members of the local fire department during the brewery’s Resilience IPA release happy hour. Over 1500 breweries have joined California-based Sierra Nevada to brew the new IPA which will benefit the Camp Fire Relief Fund. The Malloy’s moved to Jackson after losing their home in the Camp Fire this fall.

Denny and Mike Malloy (center), with Snake River Brewing employees and members of the local fire department during the brewery’s Resilience IPA release happy hour. Over 1500 breweries have joined California-based Sierra Nevada to brew the new IPA which will benefit the Camp Fire Relief Fund. The Malloy’s moved to Jackson after losing their home in the Camp Fire this fall.

After a visit Jackson during the 2017 eclipse, moving to Wyoming or another one of the mountain states was part of the Malloys’ five-year plan. Instead they had to move out of their house in Paradise, California, in five minutes.

“We never got any call or warning that told us to evacuate,” Mike Malloy said.

When he saw the smoke from his house he turned on the local emergency radio station.

The Malloys packed up what they could in a matter of minutes and drove out of town, dodging debris and pockets of flames sprouting up around them.

“The fire creates its own weather, and it swirls,” Denny Malloy said. “The weather was just circulating when we drove through. It was blowing embers and pine needles, swirling in circles above and around us.”

The Camp Fire turned out to be the most destructive and deadliest wildlife in California history. When the Malloys’ hometown of Paradise faced the brunt of the destruction, Sierra Nevada Brewing Co. stepped up in a big way.

Sierra Nevada is a family-run business with international reach based Chico, just 15 miles from Paradise. In the aftermath of the fire Sierra Nevada served thousands of evacuees Thanksgiving dinner, offered families discounts and launched a new beer that is projected to raise $15 million for the brewery’s Camp Fire Relief Fund.

It’s amazing how far one beer — or rather, one beer recipe — can go.

The Resilience is darker than most India pale ales, a bit bitter with a little bit of a sweet, malty backbone to it. It’s made from Cascade hops, an old-school American variety that packs a citrusy punch. It’s being brewed at over 1,500 breweries internationally, with 100 percent of the proceeds going to the the Camp Fire Relief Fund.

Sierra Nevada coordinated the effort every step of the way, from sending out a recipe, providing display stickers for the taps and negotiating with hops manufacturers to donate free hops to participating breweries.

Taking up Sierra Nevada’s call to arms, Snake River Brewing brewed two batches of the Resilience IPA: one to donate to the California’s brewery’s Camp Fire Relief Fund, and a second to give to the Roosevelt Fire Recovery Fundraising Campaign.

On Thursday the brewpub invited local firefighters to a special happy hour for the beer’s release.

It just so happened that the Malloys met a Snake River Brewing employee that night who grew up in Chico: Josh Wilkinson, who invited them to the release party.

“We love Sierra Nevada,” Denny Malloy said. “It’s just amazing that they are reaching areas like this to get the word out and raise money for the town of Paradise.”

When the Malloys talked to the News&Guide they were about to travel back to Paradise to collect a few more items from storage and see friends and family. After the trip they will return to Jackson, where the retirees put down temporary roots a few months after being forced to evacuate their home.

People often tell the Malloys they are sorry about their house. But it’s way more than the house, the couple said. It’s about losing your life as you know it. Paradise was home to their friends, their family, their everyday routines. Losing a home and priceless belongings hurts, but the loss of support networks is that much greater. It’s a loss that’s even felt by those lucky enough to have houses still standing.

Wyomingites understand that loss. In September the Bridger-Teton National Forest saw one of the most devastating fires in the state’s recorded history. The Roosevelt Fire was declared one of the country’s most pressing wildfires, with more than 1,000 firefighters assigned and more than 200 homes evacuated near Bondurant.

“Living in the Mountain West, these fires are part of the reality,” said John Tobey, president of the Jackson Hole Professional Fire Fighters, at the Resilience happy hour.

Resilience will be on tap at Snake River Brewing and at Melvin Brewing’s Thai Me Up until the batches run out.

Sorry, there are no recent results for popular articles.