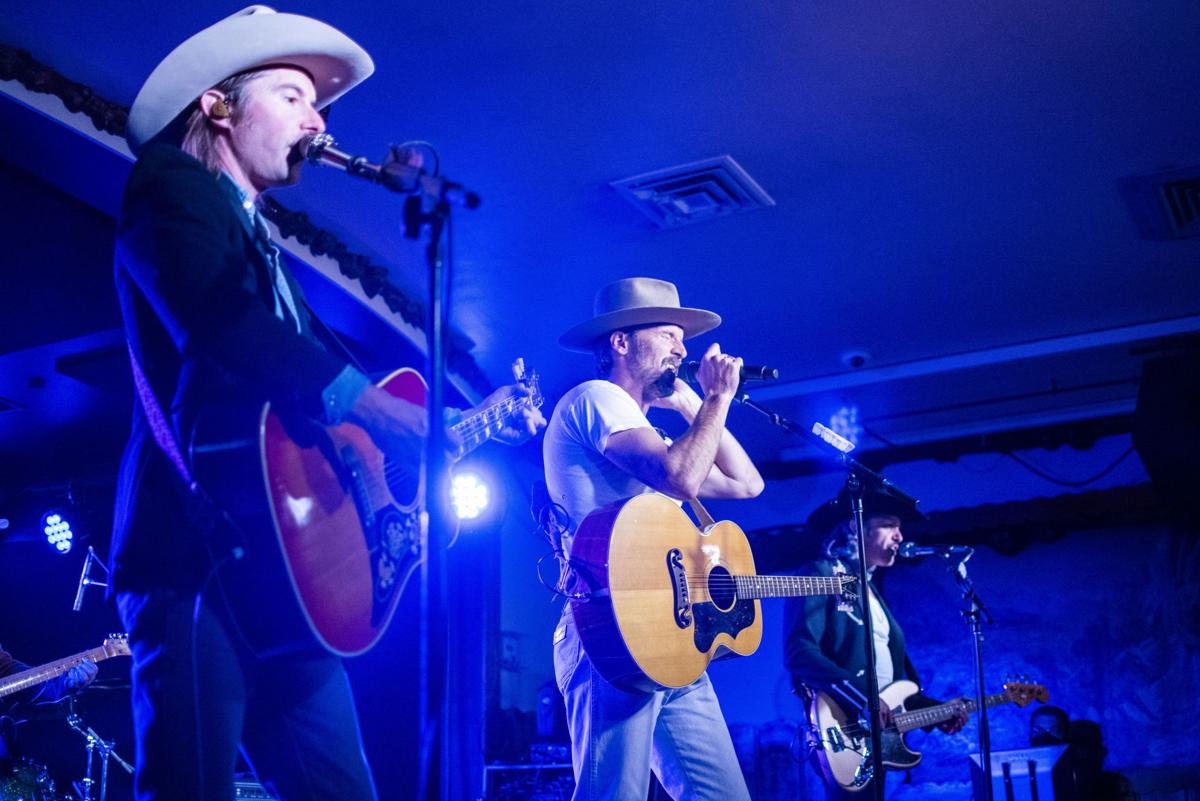 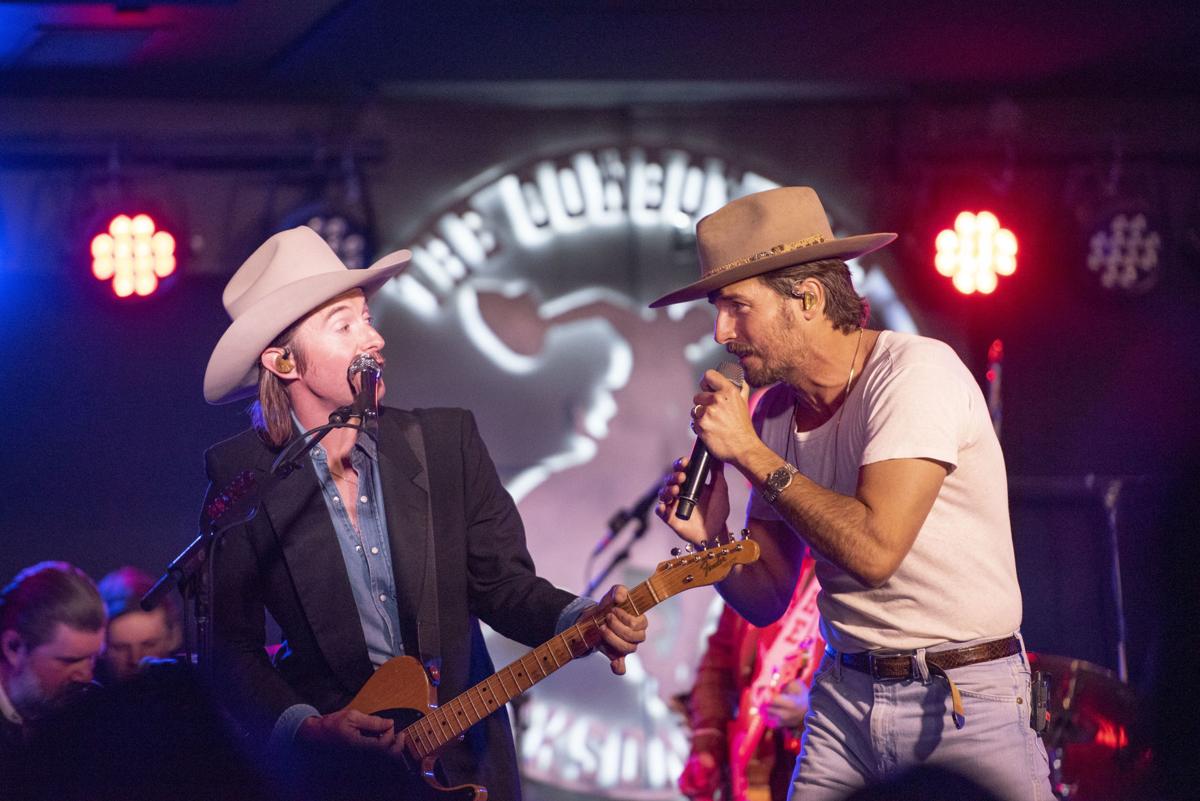 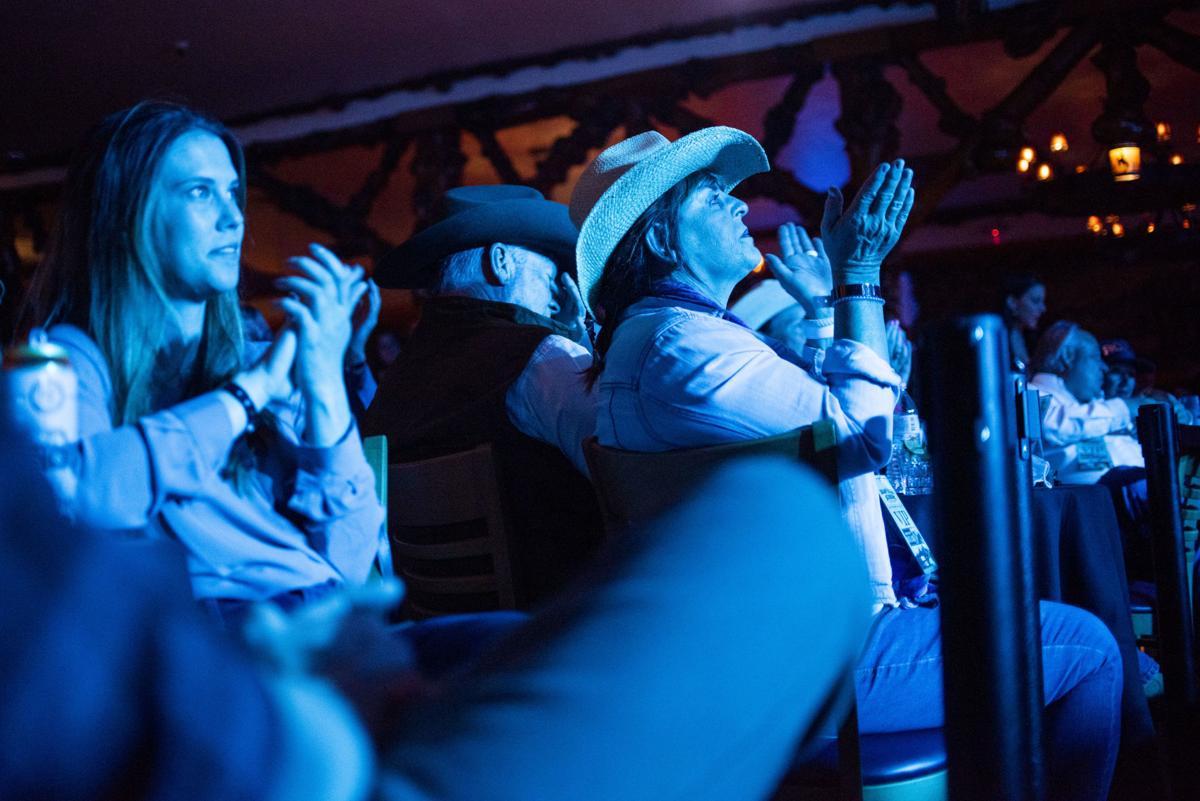 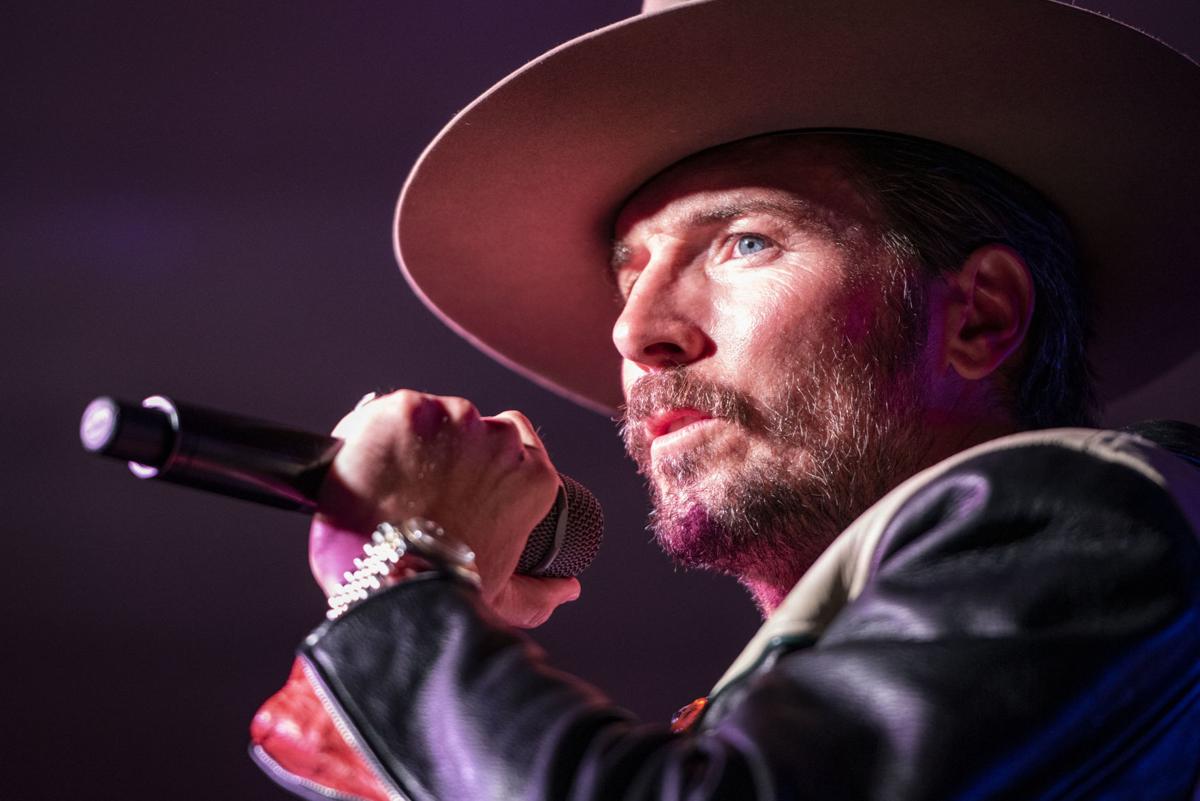 After a two-hour show, Mark Wystrach of Midland toasted the crowd. 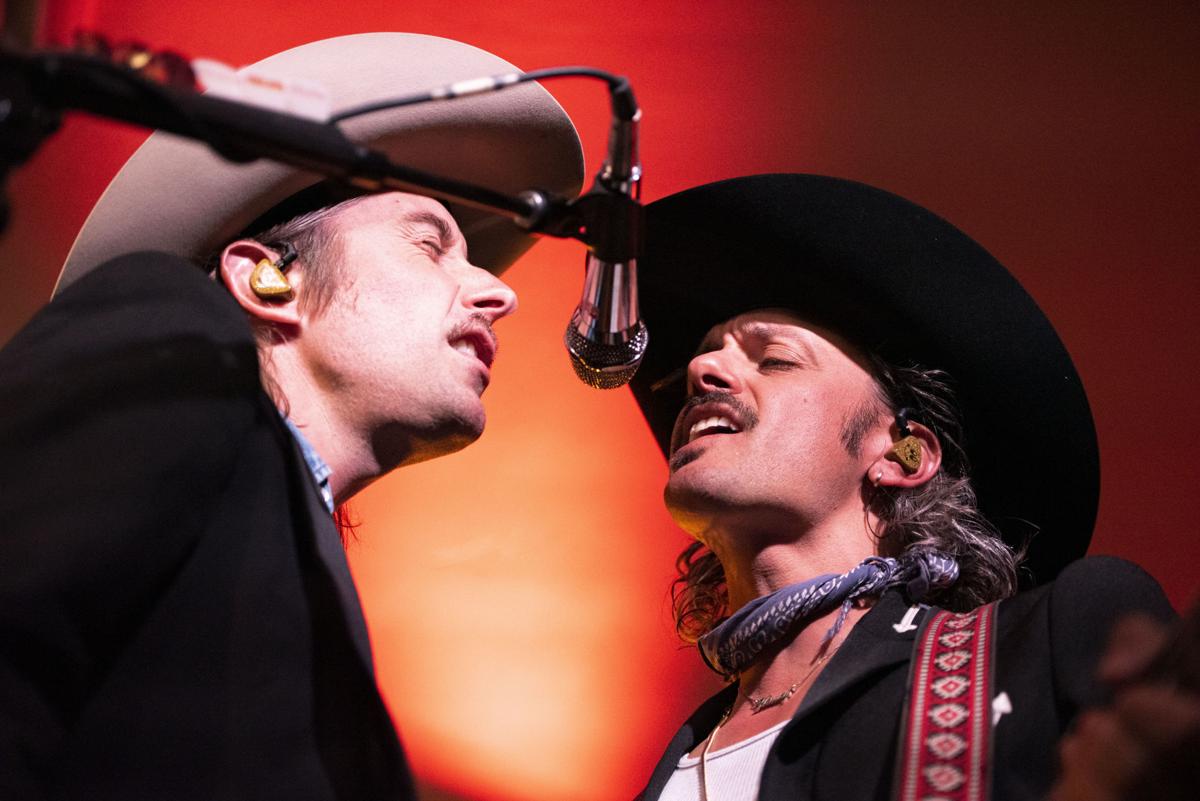 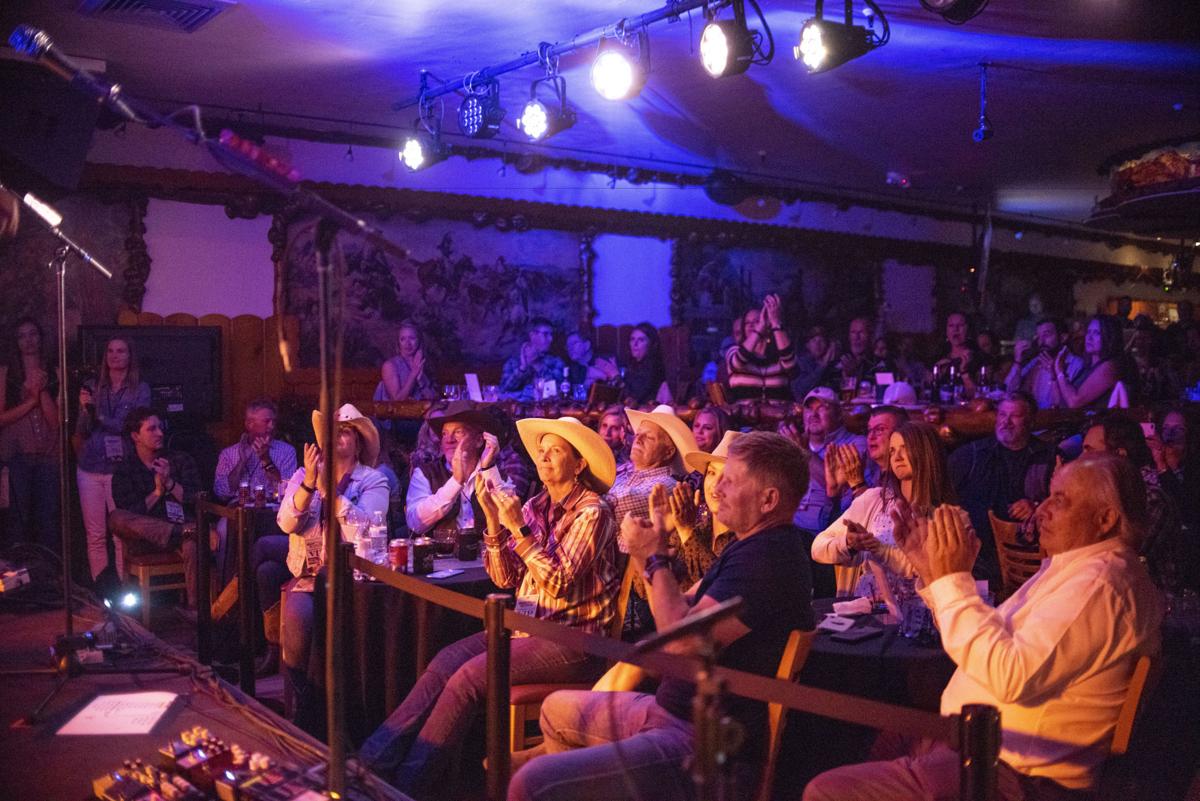 A packed crowd at the Cowboy enjoys Midland in a different fashion than the band’s previous open-air concerts. 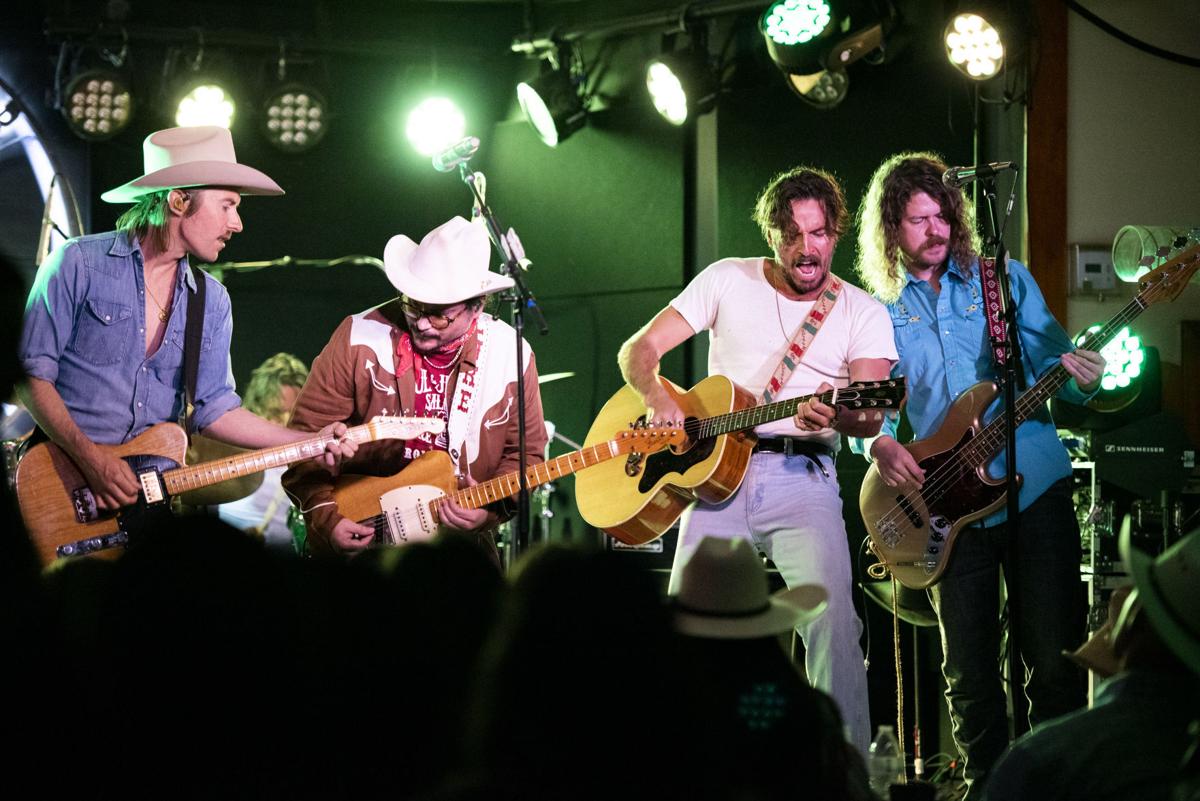 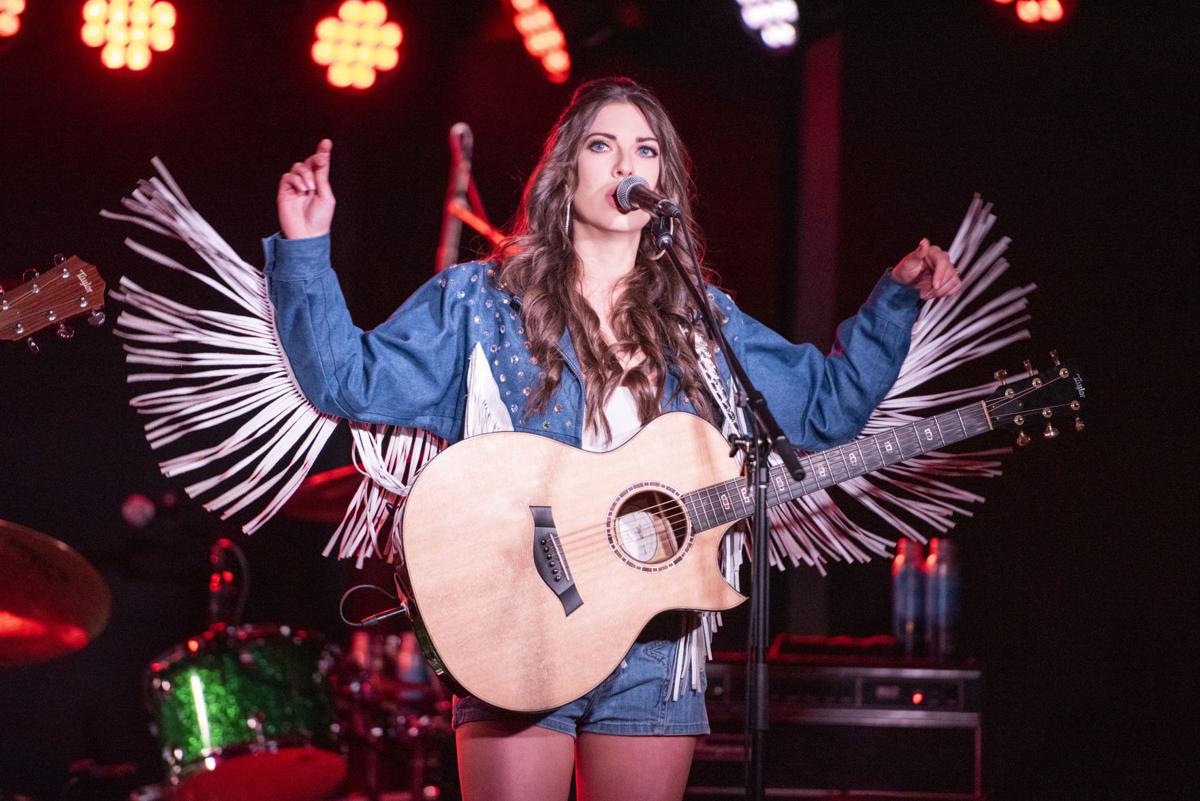 After a two-hour show, Mark Wystrach of Midland toasted the crowd.

A packed crowd at the Cowboy enjoys Midland in a different fashion than the band’s previous open-air concerts.

Melinda Case sat in the front row directly in front of the Million Dollar Cowboy Bar stage, dancing in her seat and singing along in her cowboy hat.

“We’re huge fans of Midland,” Case said over the almost deafening sounds of the crowd and music. “We came from San Diego specifically for this concert.”

Case became a fan of the band during the pandemic, listening to their music during quarantine. She traveled to Jackson to watch the band play live the first chance she got, after the band took the year off from live shows.

Sunday night, the Cowboy was packed with country and live music enthusiasts like Case, who paid top dollar for tickets to the Million Dollar Music Fest over the weekend.

While the Cowboy Bar has been operating within COVID-19 guidelines to offer live music and liquor during the pandemic, the Million Dollar Music Festival kicked off the summer season and debuted a new sort of normal for live concerts.

Organizers decided to keep their seated, limited-capacity model for the three-night event to keep musicians and attendees safe but offered 300 tickets each night, much more than any given night since COVID-19 struck.

“It was amazing to put musicians back in a safe and effective way,” said Justin Smith, talent buyer for the Cowboy. “When we did this festival two years ago, we had a big stage right downtown ... and 5,000 people showed up to watch Midland play.”

With the uncertainty surrounding COVID-19 this spring, an event of that scale didn’t seem feasible. Instead, the bar worked within health department parameters to “keep music going as more of a chill, relaxed sit-down show, so it was like dinner and a show,” Smith said.

Just like a theater audience, attendees were seated with the best possible view of the stage, and there was nary a mask in sight.

Jenny Tolman warmed up the stage with a duet with her fiancé, Grammy award winner Dave Brainard, bright lights sparking off her sequined boots and fringe jacket swinging. The audience soaked up the music and readily engaged with the musicians, enjoying the intimacy the smaller indoor venue provided.

The main event of the night was, of course, Midland. The Texas-based band has deep roots in Jackson, and a special affinity for the Cowboy Bar in particular, making Sunday’s performance especially exciting for both musicians and fans. The band met and formed in Jackson, and has since been nominated for Grammys and numerous country music awards.

When the band took the stage in their cowboy hats, boots and tight jeans, the crowd went wild, cheering loudly and jumping from their seats.

The experience of watching live music while seated was disparate from the traditional concerts audiences knew before the pandemic. Tables of friends or families sang and talked to each other, and maybe even danced a little in their seats.

People clapped along to the songs, and the band whipped the crowd into a frenzy during the night with covers of well-known songs like “Walk on By” and “One Last Dance for Mary Jane,” and each song was met with enthusiastic applause and cheers.

Valley resident Sherry McCann had been waiting for this night for more than a year. “We had tickets for a year and a half, and it got canceled but finally happened,” she said.

It wasn’t just the fans who were excited by the occasion.

“The artists are emotionally invested in what they’re doing here, too,” Smith said.

Since the start of the pandemic, with no crowds to play for, musicians have largely been out of work, and Smith said the festival was emotional for artists returning to the spotlight.

Midland was no exception. The band members shared hugs toward the end of the set and expressed their gratitude to be back where their band began after so long without live performances.

While no bargoers flooded the dance floor or packed the aisles, the three-night festival completely sold out.

The style of show was an adjustment for people accustomed to dancing the night away, but there was more personal interaction with the band and appreciation of the band’s musicality. Even those who had seen Midland in concert before got a completely new experience. “You actually get to see the band,” one woman said, referring to the seated arrangement.

“The people are thrilled, I’m thrilled,” Smith said of the festival’s success.

The band extended its typical 90-minute set to almost two hours, and before leaving the stage, singer Mark Wystrach offered a toast to the crowd with a raised water bottle as “Sweet Caroline” played over the speakers. The cheering crowd left their seats to gather by the stage to harmonize with the band, raising their own drinks in a poetic ending to a night of the new normal.

“It was amazing to put musicians back in a safe and effective way.” — Justin Smith Cowboy Bar Talent Buyer