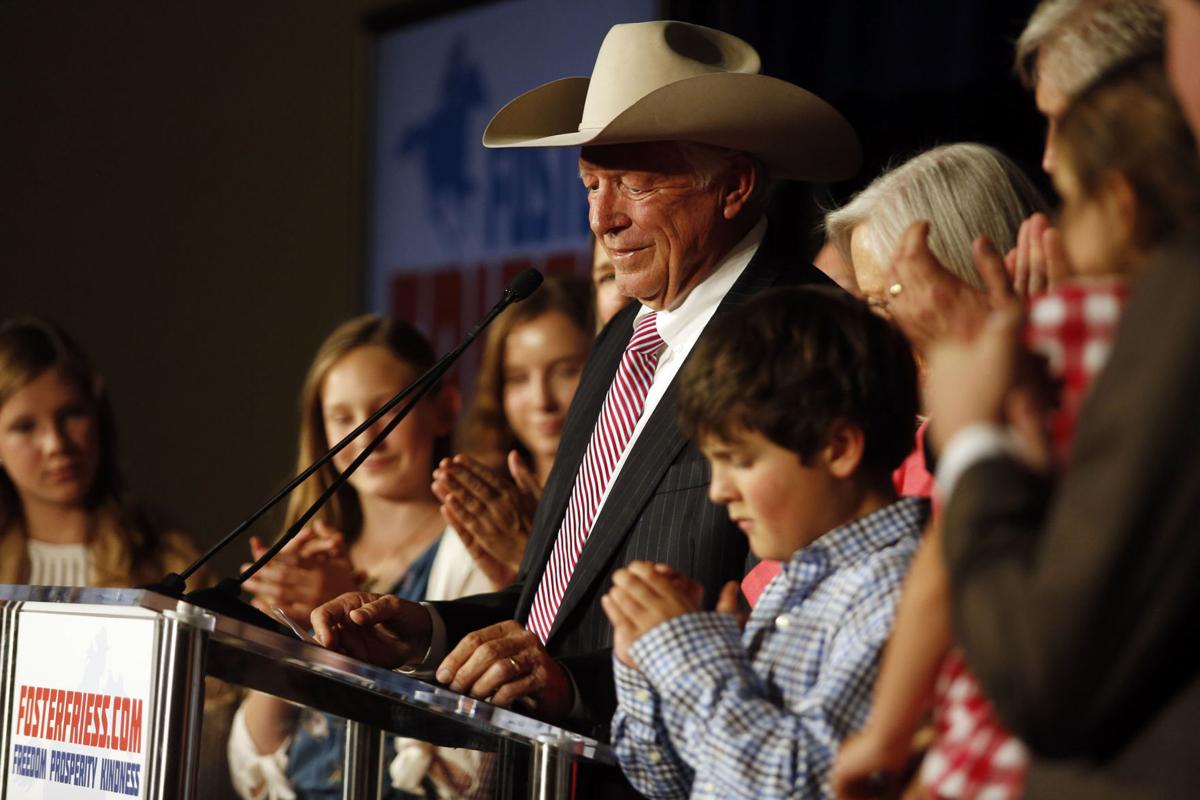 Foster Friess speaks to supporters while conceding the GOP nomination for Wyoming governor to Mark Gordon in August 2018 in Casper. 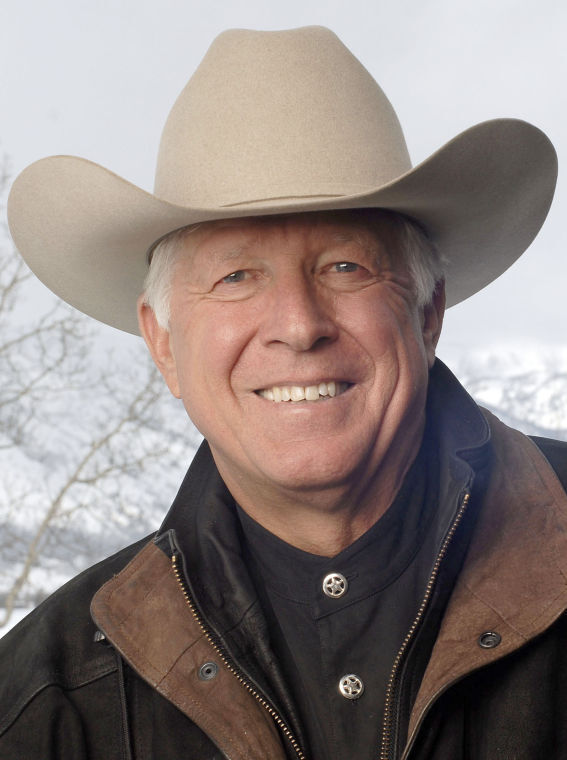 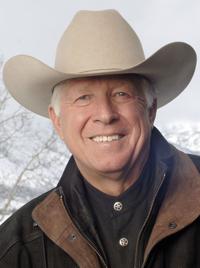 Foster Friess started with $800 and made himself a billionaire, a lot of cash to accumulate if you give away $500 million on the way up.

Friess, who included Jackson Hole among his homes, died last week at age 81 in Scottsdale, Arizona.

The man who founded Brandywine Fund was a major philanthropical force in Jackson and around the world, funding nonprofits ranging from the Art Association of Jackson Hole to the Senior Center of Jackson Hole to Teton County Search and Rescue to a host of conservative political causes — including his own failed attempts to become governor and later U.S. senator from Wyoming.

He made money and pointed to the Bible and capitalism as his guiding lights, recounting his own humble start in a 2001 column in the Jackson Hole News&Guide that said “for those who work hard there is a way out of poverty ... this ability to succeed is the mainspring of the American dream.”

He combined evangelical and libertarian, urged freedom and bad-mouthed socialism even in its mildest forms. He criticized “income equality” campaigners, saying “when the rich get poorer, so do the poor,” calling its supporters “preoccupied with an envy of the rich rather than a desire for the poor to be less poor.”

His life philosophy was strictly at odds with the way he thought his country was going: “Before the Woodstock crowd launched its drug and sexual revolution and became the ‘me’ generation, all of us knew that these centuries-old Jewish scriptures taught that envy was a sin.”

He also thought having a lot of money came with a higher duty: “With our wealth we are ‘to be our brother’s keeper,’ to meet the needs of the poor and to be a blessing to all those God puts in our path,” he said.

Friess was born April 2, 1940, in Rice Lake, Wisconsin. His father bought and sold cattle and horses; his mother was an eighth-grade dropout who picked cotton to support her single mother and eight brothers and sisters. When Friess was a kid, his mom “canned fruit, froze vegetables and butchered chickens in our basement so we wouldn’t have to pay ‘those expensive store-bought prices,’” he recalled.

Friess graduated from University of Wisconsin, the first in his family to earn a degree. He was discharged from the Army with $800 in his pocket. He found a job in a brokerage and left in 1974 to start Friess Associates. His Brandywine Fund was one of the hot buys of the 1980s and ’90s, often appreciating 20% annually.

Over the years he began to use some of his cash clout to spread his philosophy. He partnered with Tucker Carlson to start The Daily Caller, and in 2012 was an early backer of TurningPointUSA, a conservative lobbying group that torments left-wingers in academia.

Friess’ politics sometimes put him in awkward spots, especially in a small town like Jackson.

In 1997 he hit a sour note when he pledged $40,000 to the Grand Teton Music Festival on the condition that it renounce funding from public entities ranging from the town of Jackson to the National Endowment for the Arts. He said his goal was to “depoliticize” the arts and end what he called “a very narrow agenda, which seems to favor a race-class-gender perspective on society.”

He also said people should “begin making a statement, albeit symbolic, that we need smaller government.”

Many criticized what they saw as interference, and one festival board member warned that “the one who pays the piper calls the tune.” The festival took Friess’ money.

Last fall Turning Point Action, a child of TurningPointUSA, was found to be the dark money behind mailings that smeared Jackson Mayor Pete Muldoon with his admittedly checkered past as well as then-Councilor Hailey Morton Levinson and endorsed three candidates in the council election. Following a rush of criticism about a big and secretive political group poking its nose into Jackson politics, Friess said he didn’t know anything about the political attacks. But the maneuvers by TurningPoint, whose founder had previously spoken in Jackson Hole at an event Friess sponsored, had their impact. One of the attacked candidates was voted in; the other two lost. Muldoon was booted.

Friess’ other big move in politics was his 2018 run for the GOP nomination for Wyoming governor. He ran circles around the state but lost to eventual candidate and governor Mark Gordon, falling in the primary by about 33% to 29%. Friess spent about $2 million in the failed bid.

Friess was a Rick Santorum backer and endorsed Donald Trump, though acknowledging the president wasn’t a believer in Friess’ own admonitions for civility in public life — during his 2018 gubernatorial campaign Friess used the slogan “Freedom Prosperity Kindness.”

But it was Friess’ nonprofit work that brought him the most attention in Jackson.

By that time it looked as if just giving the money wasn’t enough for Friess: The recipients were chosen by 185 people invited to a party at the Four Seasons, like a reality game show.

Friess reprised the method in January, just months after he was diagnosed with myelodysplasia, a bone marrow cancer. He picked 400 people out of his head and asked each of them to select a good cause that could put $100,000 to commendable use.

That added up to $40 million, about a quarter of which went locally.

He said he and his wife “got so much joy out of it ... Our friends, they never had the opportunity to give away that much money.”

Nancy Schneider, one of the 2010 birthday giveaway people, said then that Friess’ attitude not only spread the wealth but the attitude that inspired him to help so many people.

“Whenever I see him, he always says, ‘What are you doing today to make a difference? And you really start to think about it. It’s contagious.”

“With our wealth we are ‘to be our brother’s keeper,’ to meet the needs of the poor and be a blessing to all those God puts in our path.” — Foster Friess billionaire philanthropist

Friess memorial to be Sunday

A memorial for Foster Friess has been scheduled in Jackson for this coming Sunday, June 6.

The service, to be followed by a celebration of his life, will run from 2 to 3 p.m. at the Presbyterian Church of Jackson Hole, at 1251 South Park Loop Road.

Friess is  survived by his wife of 58 years, Lynnette, and their four children, Traci and her husband, Fausto, Stephen and his wife Polly, Michael and his wife Fanny, and Carrie. Friess also had 15 grandchildren.