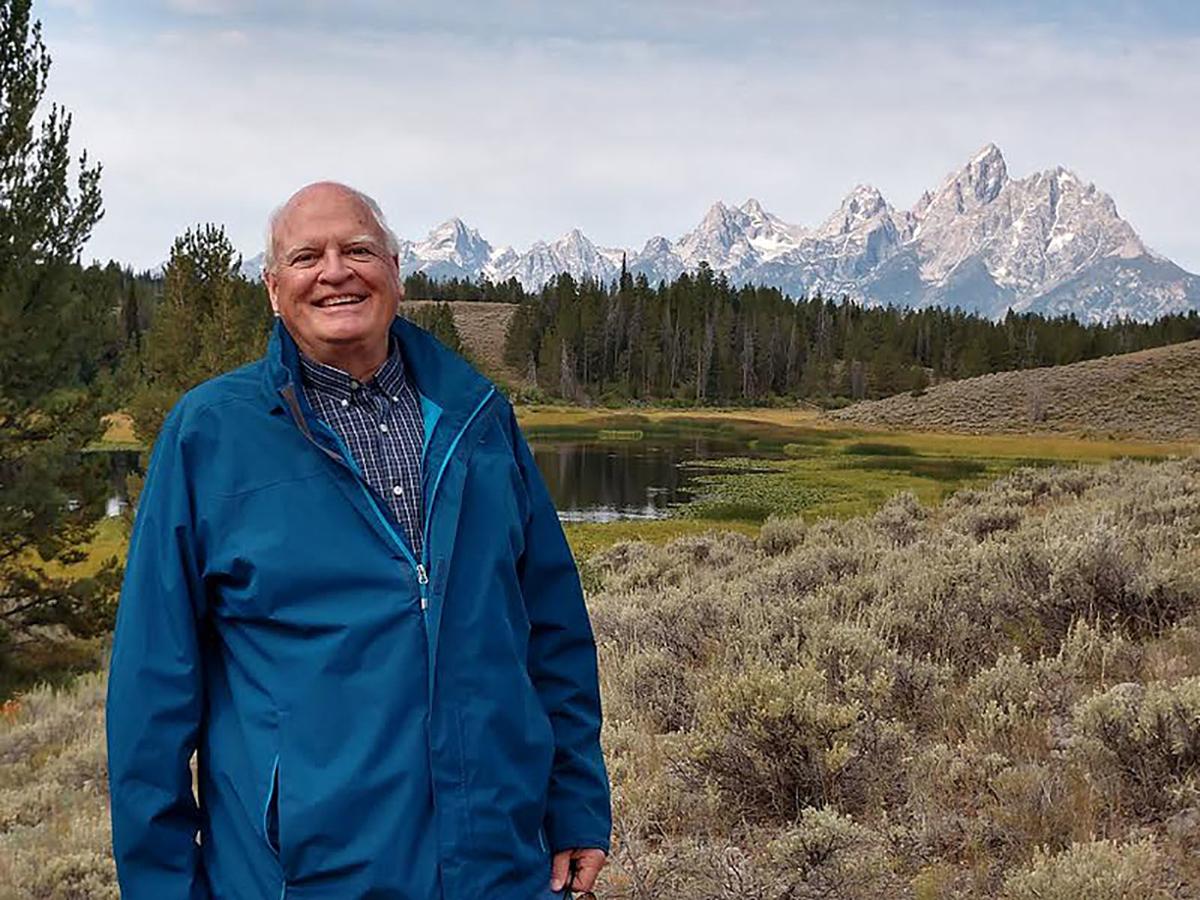 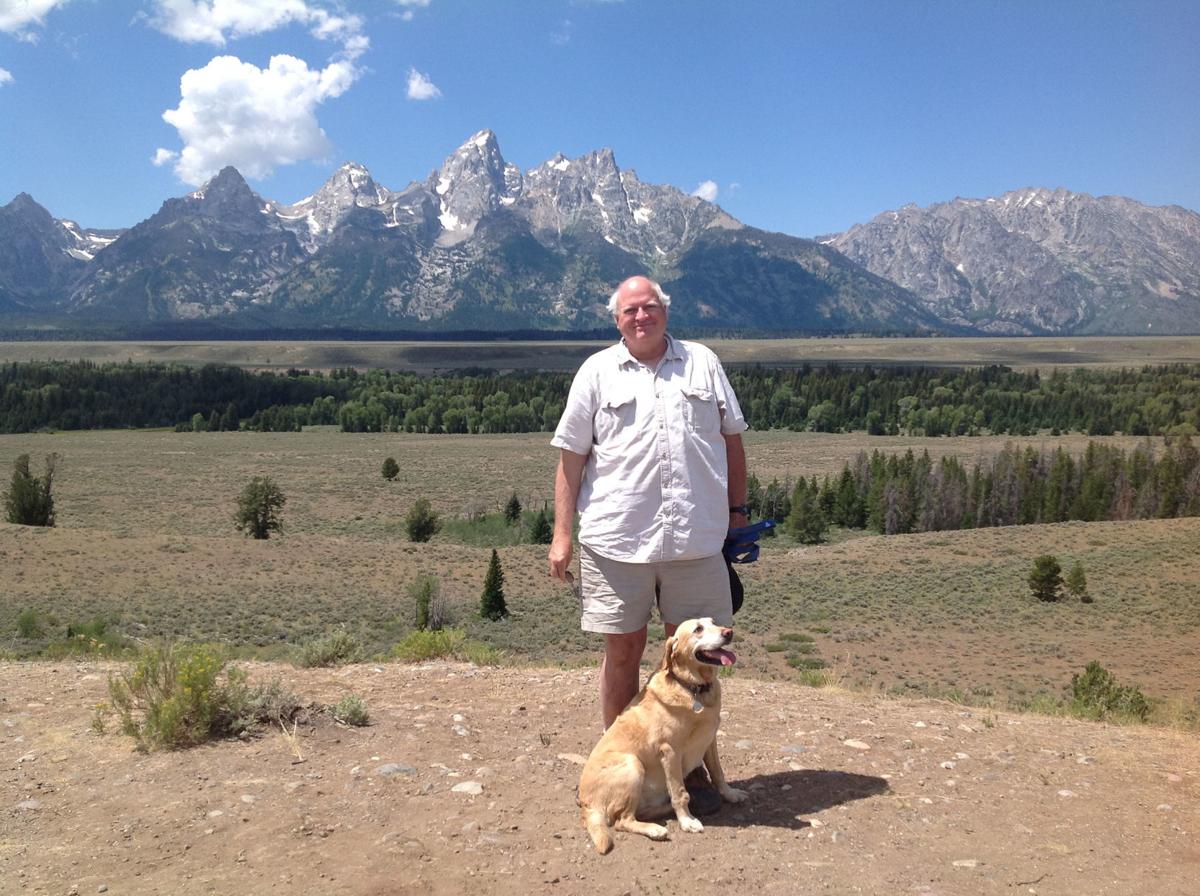 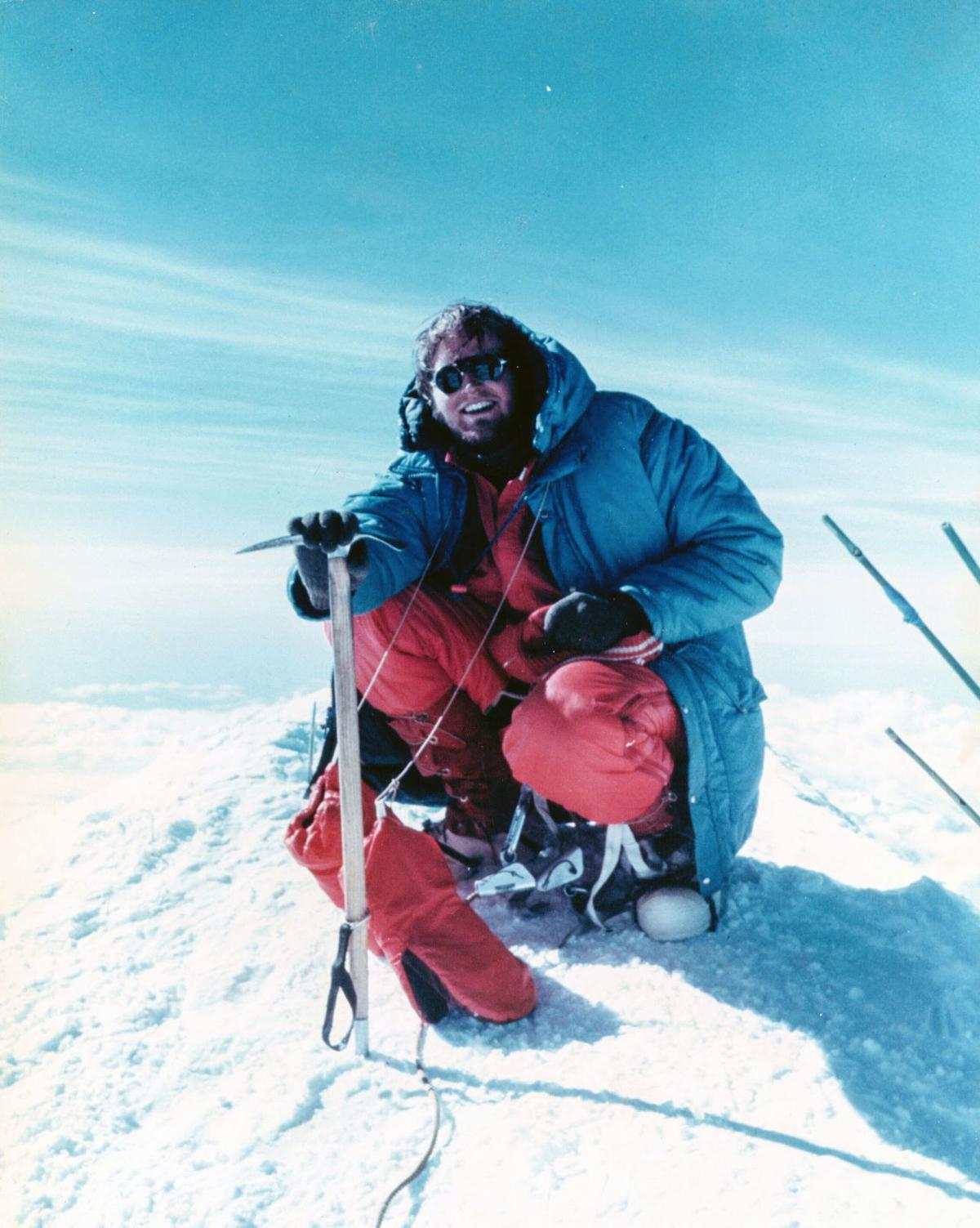 At 6 feet, 8 inches tall, William “Bill” Sweney was “a gentle giant” and “literally larger than life,” friends and family said. They are mourning the life of the Emmy Award-winning producer, longtime airline employee and nature lover.

Sweney, 71, died April 22 from COVID-19 complications. He is the seventh person in Wyoming to die from the virus and the first in Teton County. Sweney’s close contacts and colleagues were notified as part of a case investigation and contact tracing, according to Teton County Health Department.

For 19 days Sweney was sedated and on a ventilator at Idaho Regional Medical Center, his brother John Sweney said.

In late March, Sweney sent his family an email saying he was “feeling rotten,” his brother said. Sweney called for a telehealth consultation, and medical providers tested him for influenza. After that test came back negative, he was tested for COVID-19. He learned he was positive on March 31.

Sweney was self-isolating in his home April 1 when health officials checked on him and discovered he was in bad shape, John Sweney said. He was taken to St. John’s Health and “transferred immediately” to Eastern Idaho Regional Medical Center. St. John’s policy is to transfer severe COVID patients to larger facilities in preparation for a potential surge in COVID-19 patients.

The disease progressed fast. Physicians were repeatedly “cranking the ventilator up,” John Sweney said. “They got it to its maximum and nothing was working.”

So doctors and nurses flipped Sweney on his stomach, a technique called prone positioning, which gives some patients with severe COVID-19 a fighting chance.

“That little extra assist from gravity, when your ventilator is at 100 percent, that kind of gets you to 105 percent,” his brother said.

Sweney made it through the night and stabilized. His family and friends were hopeful.

“We had a vision, I had a vision, of him going 100 mph to death’s door and stopping on death’s front porch and taking little baby steps backward to get better,” John Sweney said.

Doctors prepared the family “for a slow, long recovery,” his brother said. But that faint light at the end of the tunnel soon flickered out.

“I think the damage to his body was all done in those first few days,” his brother said. “His body, while it was technically stable, couldn’t really recover and wasn’t able to benefit from the ventilator.”

Sweney was at high risk for developing complications from COVID-19 — he was older than 65 and had underlying medical conditions. Still, John Sweney said his brother’s death reveals COVID-19’s insidious nature.

“I do have friends who downplayed the seriousness of the coronavirus and I too sort of wondered early on whether everyone was overreacting,” he said. “My experience with my brother is that this virus is extraordinarily powerful, extraordinarily fast, and extraordinarily destructive.”

William Sweney was born on Nov. 30, 1948, in Saint Paul, Minnesota. He was the middle child among four siblings. When he was 14, Sweney’s parents divorced and his mother remarried and moved the children to Concord, Massachusetts.

His stepfather, Dick Borden, left an indelible impression on young Bill. The wildlife photographer and naturalist hosted and produced a wildlife television series, “Wonders of the Wild.”

Borden’s love of the wilderness and filmmaking became central to Sweney’s own identity, as did storytelling.

“Anytime you saw him, even if you hadn’t seen him in years and you were chatting over lunch, Bill had stories to tell — about you, about me, about everybody he encountered,” his brother said.

Sweney attended Williams College and earned a degree in biology. But he began carving his career path at Middlesex, a small New England prep school. That’s where he made the film “Middlesex School Today,” a 17-minute memento for the class of 1967 that showcased his burgeoning filmmaking skills.

After college his career climbed a steep upward trajectory when he got a job in Atlanta working for media mogul Ted Turner, founder of Turner Broadcasting and the networks TBS and CNN.

Sweney produced for Turner what his son Sam Sweney called one of his crowning achievements: the Emmy and Peabody Award-winning series “Portrait of America.” It encompasses more than 50 one-hour documentaries about the U.S. states and territories.

Each documentary stands on its own. Renowned documentarians shot the episodes on film. They are scored to original music and hosted and narrated by the actor, director and writer Hal Holbrook.

When Sweney left Turner Broadcasting to start his own production company, Turner gave him a parting gift. He asked him to produce the national television documentary “Alaska: Story at the Top of The World” for the state of Alaska. It went on to win an Emmy.

That project reinforced his love for Alaska, where he once climbed the 20,320-foot Denali.

But Sweney and his wife, Kim, and their three children, Wills, Sarah and Sam, ended up in Santa Barbara, California, where his mother lived. They ran a day care there to pay the bills while Sweney worked on film projects.

After his kids grew up and Sweney divorced, he moved to Jackson Hole. At the time he was working for SkyWest Airlines in Santa Barbara and jumped at the chance to transfer to Jackson Hole Airport.

Sweney was no stranger to Jackson Hole. He and his family often visited the Rocking H Ranch for long, lazy days of fishing on the Snake River. Late owner Jack Huyler was a family friend with a teenage crush on Bill Sweney’s mother. Nothing came of it, or perhaps one thing did — Bill always had a place to stay in Jackson.

When he finally made the permanent move, he found home.

“I knew that the change would allow his imagination to roam free,” son Sam said. “Our dad was a filmmaker, a helper and a creative. For him, I think Jackson was simultaneously exhilarating and tranquil, exuberant but calm ... like the namesake of the song he would sing to me and my siblings to ease our minds at night, he found his ‘Sweet Wyoming Home.’”

At Jackson Hole Airport, Sweney wasn’t always “Sweet Wyoming.” He applied a bold brand of customer service to his work at SkyWest and later Envoy. His recipe was one part nice, two parts spice.

Former colleague Barb Dery joined dozens of airline employees eulogizing him on Facebook. She remembered his encounter with an irate passenger upset about a missing bag. The passenger pressed Sweney: “How did this happen? Where is it? When will it get here? My vacation is ruined.”

Sweney replied, “Ma’am, there are two people who care where your bag is right now, and one of them is losing interest fast.”

Many of his colleagues, with a mix of admiration and astonishment, adopted that saying.

Between the delayed flights, missing bags and long lines of frazzled passengers, Sweney shed his no-nonsense work exterior for some of his coworkers. He was especially at ease during his travels.

“I remember a trip to Kona, Hawaii, where we swam with the turtles, and he was so excited you could hear him under the water in his snorkel tube giggling with glee,” former airline colleague Michelle Mitchell wrote on Facebook.

When he was on dry land he would share with coworkers his culinary creations — a famous mango salsa, slow-cooked pulled pork, toothsome banana bread, and offer keepsakes from his past and present, photos of his mother, his children and first grandchild, Charlie.

Sweney may have paused his filmmaking for aviation, a career that allowed him and his kids to travel the world, but he never gave up on bringing an IMAX theater to Jackson Hole that would feature locally produced films. In 2004 he proposed the idea to Jackson Town Council. Teton County Commissioner Mark Barron was Jackson’s mayor at the time.

“He thought it would be a fantastic opportunity for a short, quick history of Jackson Hole or introduction to the wildlife, to climbing the Tetons … he wanted to capture all of that. He understood people didn’t always have time to explore all these interesting components and extreme outdoor recreation opportunities,” Barron said.

Barron, impressed with Sweney’s vision, was an enthusiastic supporter but plans for a multiagency campus that would house the theater never came to fruition.

As recently as last fall, Sweney, ever unflappable, was in talks with developers and real estate agents about securing a site for the theater.

Barron isn’t the only mayor who knew Sweney. Mayor Pete Muldoon worked with him at Jackson Hole Airport. His death, Muldoon said, hit close to home.

“I’ll miss him greatly, as will a whole lot of folks who worked with him over the years. It’s pretty shocking, really. We all know rationally that COVID-19 is real and that it’s dangerous. But it can be easy to tell ourselves it won’t take the lives of anyone we know and care about.”

Muldoon offered his condolences to Sweney’s family and issued a plea for people to continue taking steps to slow the spread of COVID-19.

“I sure hope we’re all doing everything we can to make sure this doesn’t happen to anyone else,” he said.

John Sweney noted one thing bringing him comfort about his brother’s death: He died at high noon Pacific time on Earth Day — “a coincidence he would have just loved.”

This article originally published at 891KHOL.org. It is being reprinted with permission. Contact Robyn Vincent via editor@jhnewsandguide.com.

I knew Bill Sweney through his brother, John. Bill was what the British called a "one-off," a person unlike anyone else. He had an incredible sense of humor. He participated in several events in the Houston area, where John lives. It saddens me that he was taken by this terrible virus, and that I won't see him again on this plane of existence. My heart goes out to his family and friends.