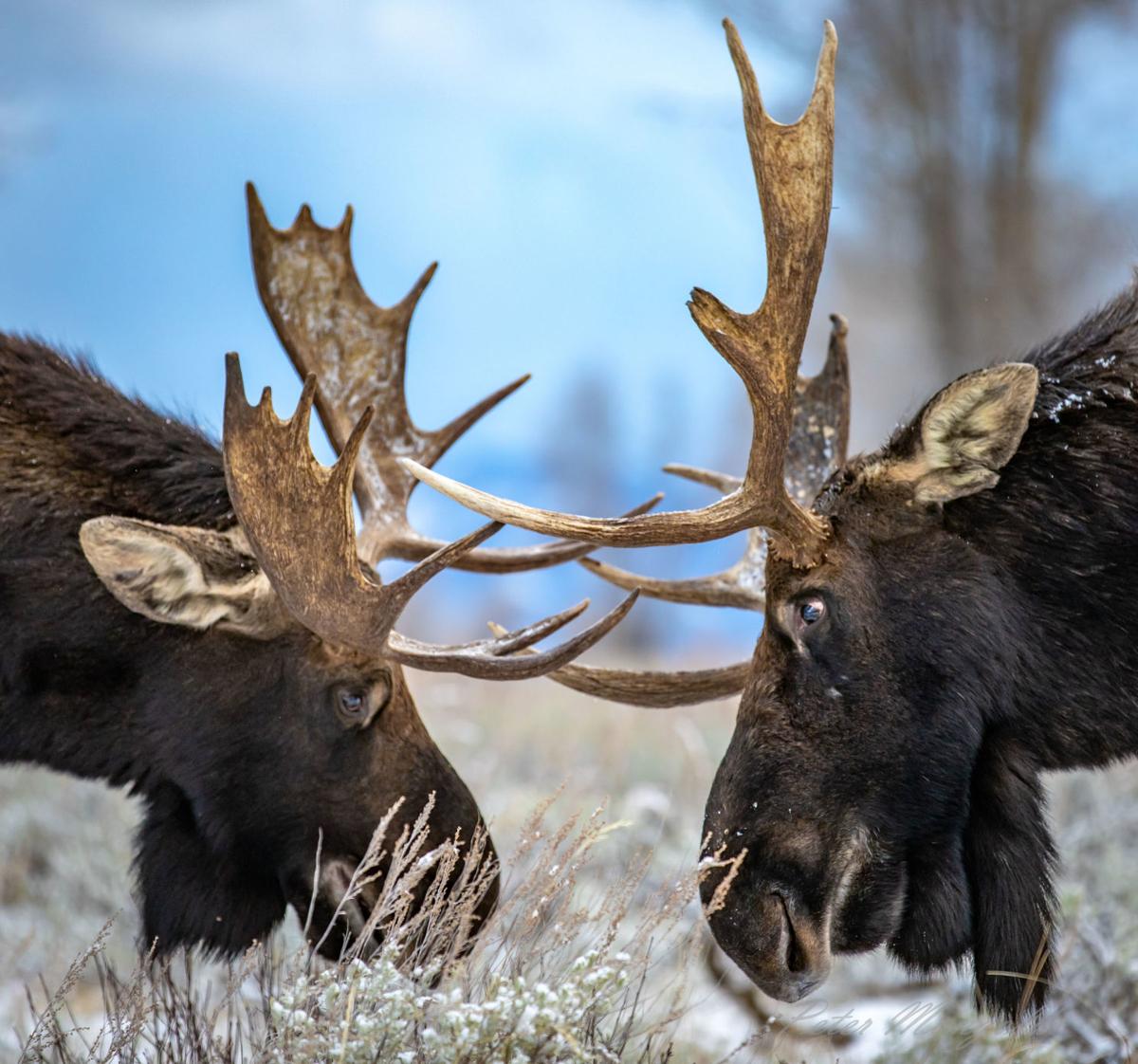 Wyoming Wildlife magazine chose this Peter Mangolds photo of bull moose locking antlers for inclusion in its 2020 calendar. Mangolds lives seasonally in Jackson when not serving as a ranger in Yellowstone National Park. 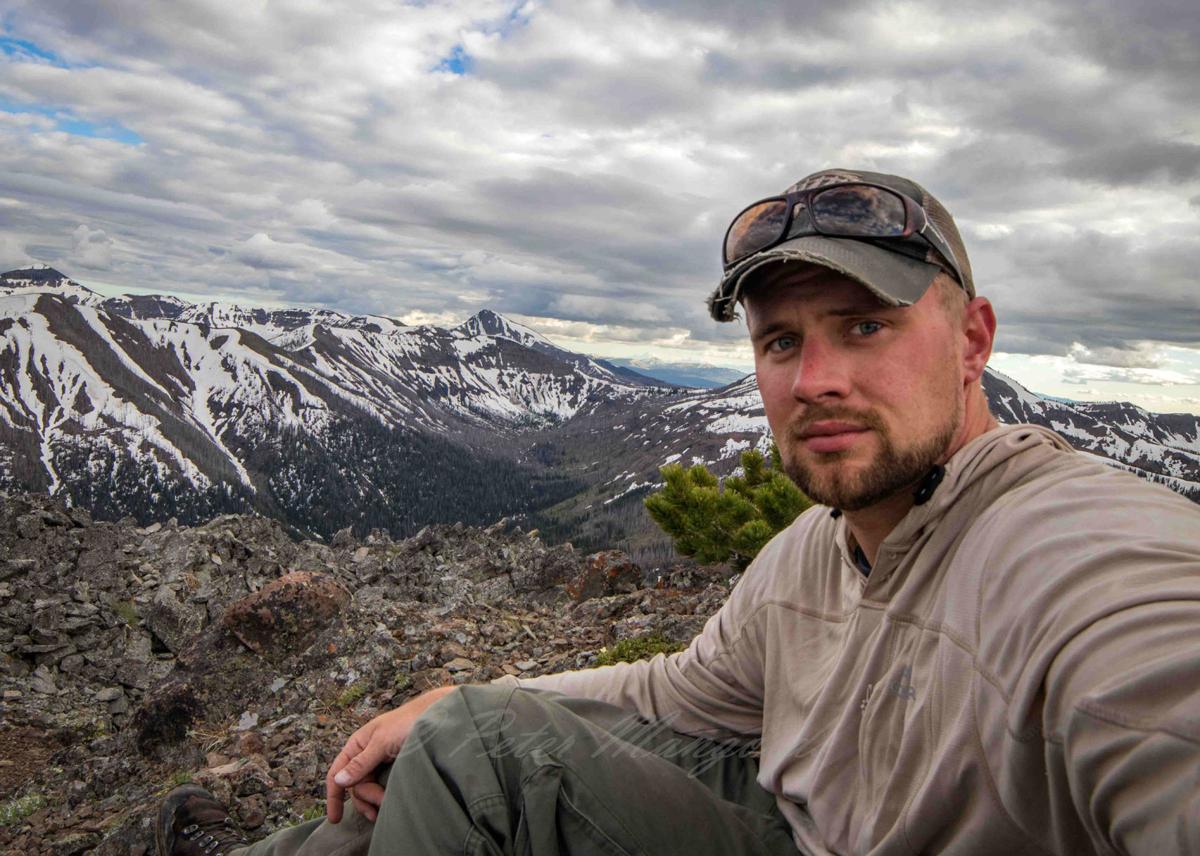 Wyoming Wildlife magazine chose this Peter Mangolds photo of bull moose locking antlers for inclusion in its 2020 calendar. Mangolds lives seasonally in Jackson when not serving as a ranger in Yellowstone National Park.

With soaring peaks, winding rivers and abundant wildlife, Jackson Hole is no stranger to photographers.

In Grand Teton National Park an entire pullout is dedicated to Ansel Adams; Jackson Lake is named for the Hayden Expedition photographer William Henry Jackson; and today the valley serves as the home of numerous photographers, including Thomas Mangelsen and Academy Award winner Jimmy Chin.

Fifty years earlier the results were not much different. Wyoming Wildlife magazine launched its first photo contest in 1969, and the following February, a Jackson-based photographer received an honorable mention with at least three of the 15 winning photos taken in the Greater Yellowstone Ecosystem.

The winning photo? An image of the Tetons.

The 2018 photo contest saw a record number of entries, with 3,130 photographs from participants in 39 states plus Washington, D.C. Of those entries, 72% came from Wyoming residents, and of the 12 photos chosen for the 2020 calendar, eight depict either Yellowstone or Teton County.

The magazine’s managing editor, Tracie Perkins, said that this was reflective of the contest as a whole. Despite blind judging, the Greater Yellowstone Ecosystem is often the location of winning photographs.

Born and raised in the northern suburbs of Boston, Mangolds is the typical young Jackson resident: a transplant who fell in love with the beauty of western Wyoming. He has worked a variety of jobs and lived in numerous states, but he keeps getting pulled back despite the difficulties of part-time work and the shortage of affordable housing.

In the summer months Mangolds serves as a park ranger in Yellowstone’s Wildlife Resources department, while his winter jobs have ranged from guiding sled dog tours out of West Yellowstone, Montana, to working at the San Diego Zoo. This winter, by the grace of a friend’s spare room, he will be clearing snow at Jackson Hole Airport — all in the hope of one day turning a hobby into something grander.

Meanwhile he posts photos regularly on Instagram as @grizzlymanchild.

Mangolds is still new to photography, having received his first camera a few years ago for Christmas. His father offered a new kit of winter gear to stay warm while mushing, but Mangolds asked for a camera instead.

Despite being on the “front lines of Yellowstone” in the summer, Mangolds does not take many photos on the job.

“In Yellowstone it feels like the whole world is watching, and it’s always go, go, go,” he said.

But the real reason, he later conceded, is that when you work for the National Park Service, any photographs taken on the job immediately become part of the public domain.

“I guess it’s a matter of pride — they’re my pictures,” he said.

Still, his photography is driven by altruism.

“I really just want to share what I see with other people,” he said.

The Wyoming Game and Fish Department’s “Wyoming Wildlife” magazine debuted in 1936 and is published monthly “for anglers, hunters and wildlife enthusiasts.” It serves two purposes, according to Perkins: to educate and to promote stewardship.

“It’s a great way to show the variety of Wyoming wildlife and get people involved,” she said.

Somewhere along the line the calendar appeared, too, though Perkins does not have a record of when that would have been.

Today the magazine, with a full-time staff of just three, has over 24,000 subscribers and its popular annual calendar. The calendar can be purchased online for $10; a yearly subscription to the magazine costs $12.99, with the calendar serving as the November issue.

For the first time the 2021 calendar photos will be chosen from a different pool than the magazine’s annual photo contest. That deadline will be announced in the spring.

As for Mangolds’ key to a successful shot, his go-to method is sitting and waiting.

“When you wait, good things happen,” he said, “and sometimes what you get is totally different from what you were looking for.”

When he learned that one of his photos had been chosen for the Wyoming Wildlife calendar, Mangolds was ecstatic and surprised — it was his first photo contest win, and not his favorite photo. Perhaps an example that beauty lies in the eye of the beholder.