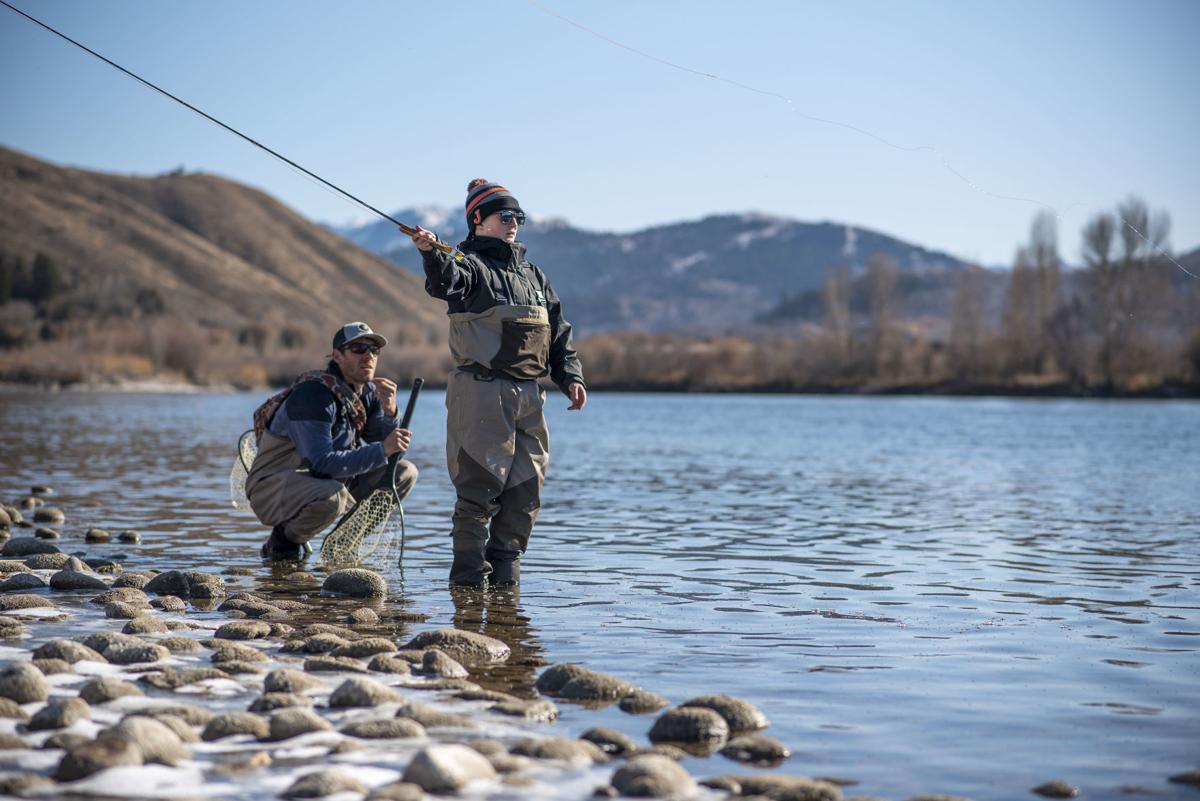 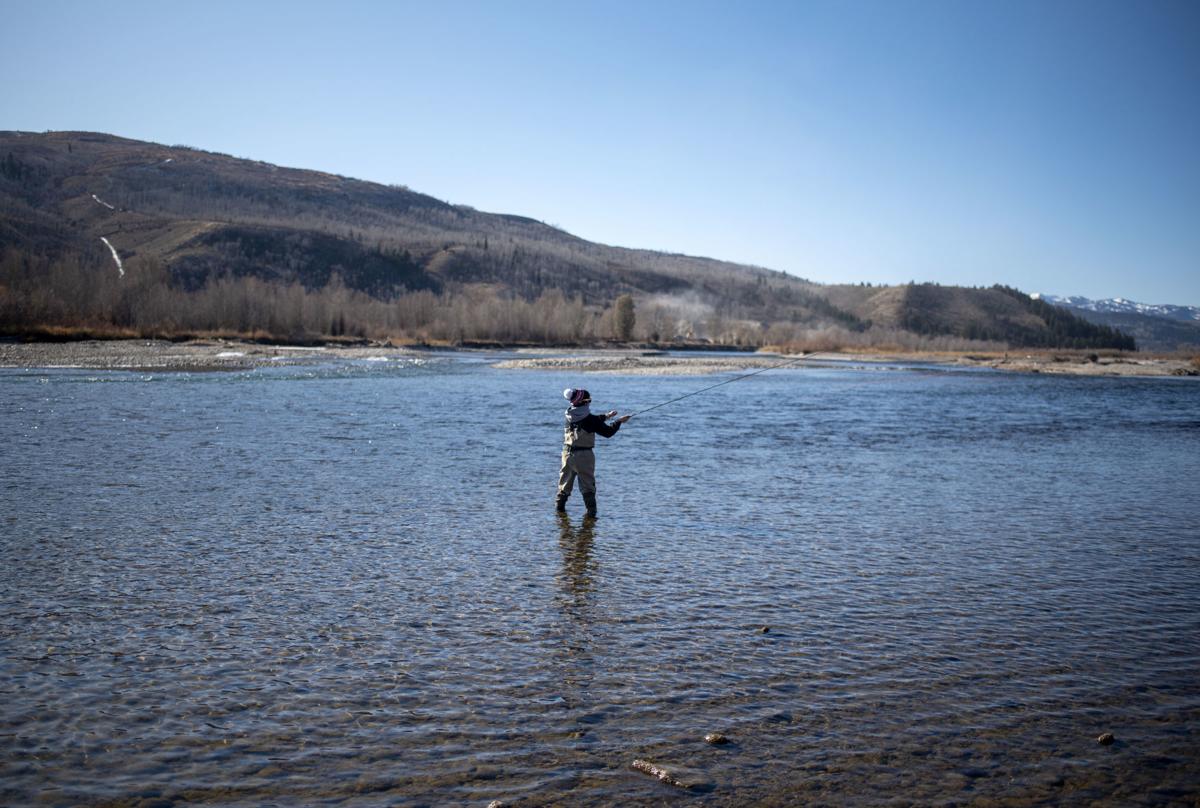 Josh Heineken casts for trout while fishing as part of the Quarterly Rec program run by the school district.

Josh Heineken casts for trout while fishing as part of the Quarterly Rec program run by the school district.

Alexis Jagelski slipped through a willow patch, her fly-rod gently deflecting branches so she could step onto the cobbled shoreline of the Snake River. Gathered in a circle around a guide were four Jackson Hole Middle School students, there to learn the art of fly-fishing from the Jackson Hole Fly Fishing School.

The students were standing in South Park on Friday, when they otherwise would have been in school, because they were being rewarded during Quarterly Rec. The end-of-the-trimester celebration is part of the Positive Behavior Intervention and Support program that has guided kids since they were in elementary school.

“It’s the cornerstone of our behavioral plan,” Principal Matt Hoelscher said. “The three main guiding goals are be safe, be responsible, be respectful. We added be academically focused.”

The students clad in waders were just a slice of the middle school population, which was spread across town. After five truncated classes (shortened by 10 to 15 minutes apiece) the students left school to enjoy printmaking, bowling, cooking, skateboarding and other activities.

Community partners like restaurateurs or artists housed at the Center for the Arts welcomed the kids for an afternoon of activities. Teachers like Jagelski tagged along as supervision, but Quarterly Rec is also an opportunity for them to build rapport with students in a nonacademic setting.

“We emphasize that relationships are key at this age,” Hoelscher said. “We talk about connecting with at least one teacher in the building.”

Fly-fishing may not have been the most well-attended activity during Quarterly Rec, but the kids that went found themselves in a beautiful fall scene of the kind that has been conspicuously absent from the season so far. The crisp air was calm (perfect for fishing), and fish surfaced yards offshore.

For kids cooped up inside school for much of the day, the afternoon was a welcome respite.

“The other options were inside,” eighth grader Cadel Carrigan said about why she chose fishing, “and I figured it was going to be a beautiful day.”

For Jackson Hole Fly Fishing School owner Spencer Morton that attitude is the best way to approach fly-fishing. Keeping expectations reasonable creates an environment in which kids can learn to love the process, without any pressure to catch fish.

Morton and his guides visited the school last week to give 30-minute entomology and casting lessons, imparting foundational skills that are crucial before ever putting on a pair of waders.

“You have to teach from the riverbed up, and slowly,” he said. “We try to make it as much about education as possible and less about fishing and catching.”

Developing a connection to fly-fishing doesn’t happen in a single afternoon, but Morton looks for a spark to ignite in the kids he teaches. His company teaches a significant number of beginner lessons, so he’s acutely aware fly-fishing is as much about the meditative motion of casting as it is landing something.

For some of the students the fly-fishing excursion had sentimental value. Padraig Evans said fishing is a family affair.

“It reminds me of my grandpa,” he said. “He would take me fishing every time I would visit.”

Padraig and his dad also find some time on summer nights and weekends to throw a line in the Snake, though Padraig said he’s too busy to go out often. Seventh grader Josh Heineken also spends time on the water with his dad, who is “big into fly-fishing.”

But Josh had a secondary reason for capitalizing on the casting lessons.

“I am going on a fishing trip in Chile during their summer, down in Patagonia,” Josh said. “We’re going for about four days. We got it in an auction at the Trout Unlimited banquet.”

Though the sheer enjoyment of a quiet afternoon on the water is enough, catching a fish is always more exciting than not. Jagelski said the group caught one, a single prize to demonstrate the ultimate goal of fly-fishing, which brought smiles all around in the group, even to the anglers who simply watched it be reeled in.

Hoelscher said that as kids returned to school Friday afternoon they were excited to show him their creations, pizzas, ice cream sandwiches they made with the purveyors of Fine Dining eateries, art projects. The kids are already looking ahead to the end of the trimester.

“Kids were already talking about the next one,” he said.