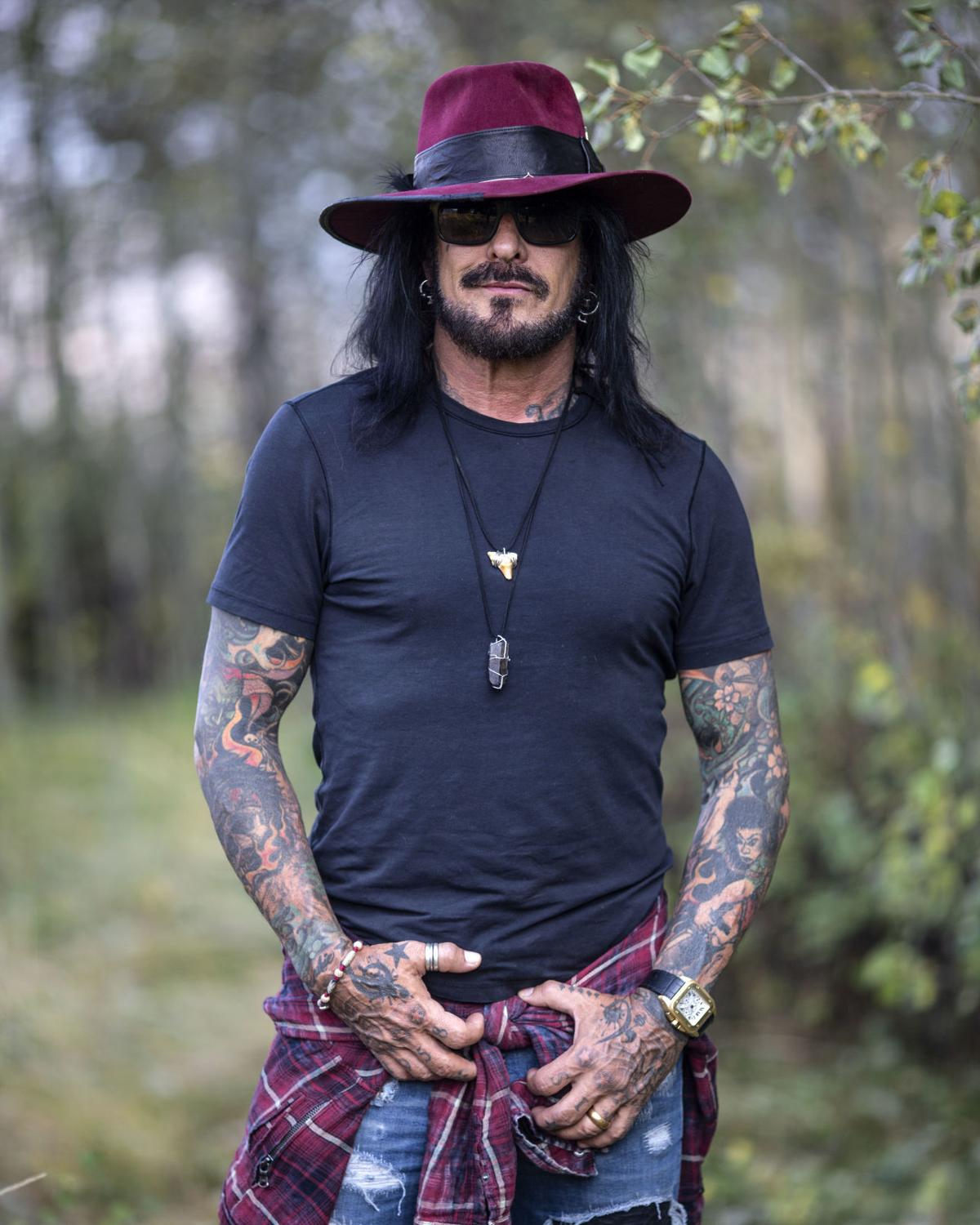 Nikki Sixx has now been clean and sober for more than 19 years and hopes to help others accomplish the same. 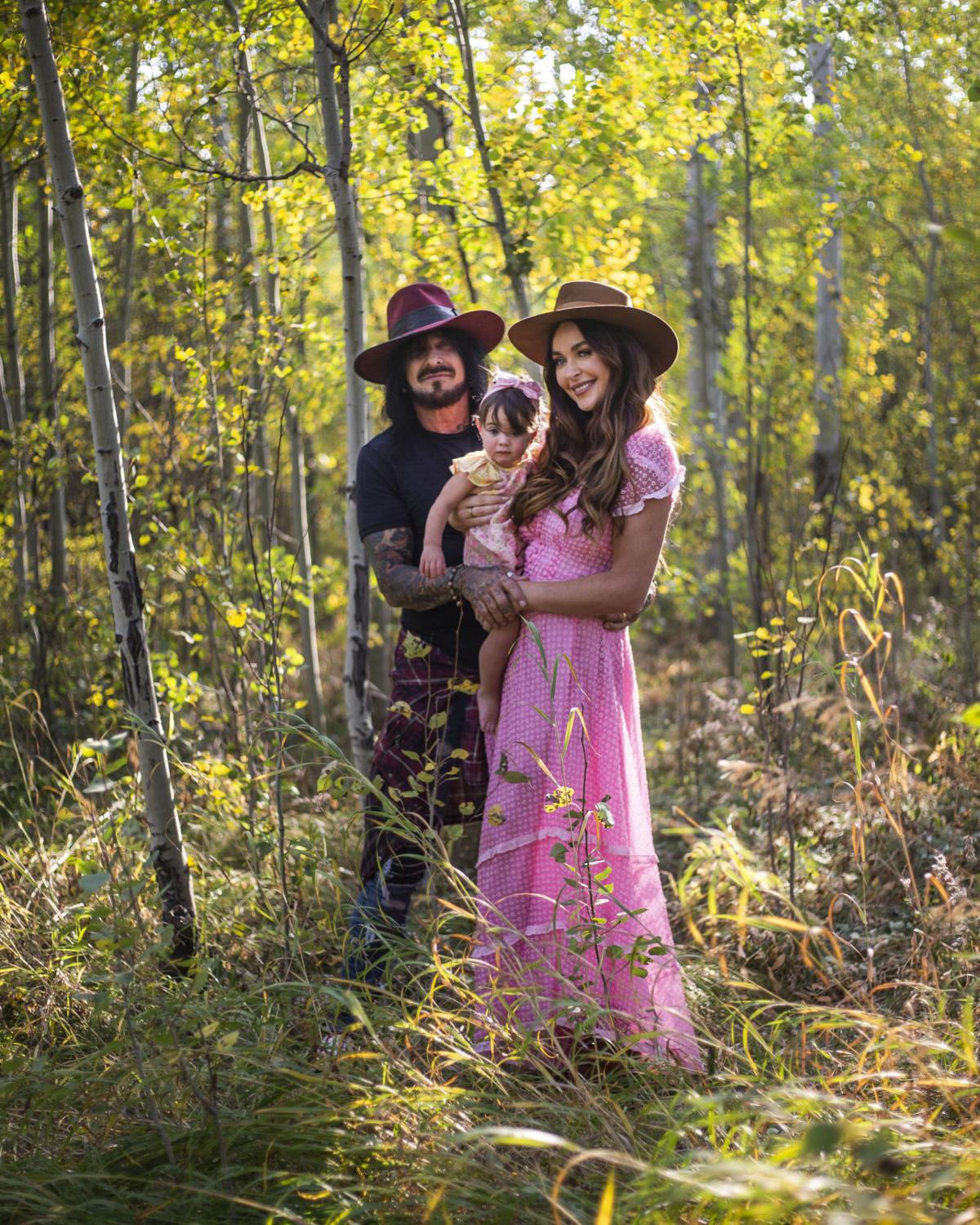 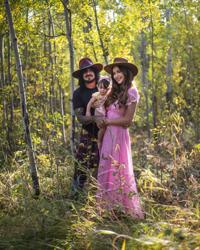 Nikki Sixx, with his wife Courtney and their daughter, Ruby, picked up their Los Angeles roots and moved to Jackson earlier this year. The Motley Crue bassist hopes to be a leading voice for addiction recovery in his new hometown.

Problem is, someone near and dear to his heart has given him an earful about that.

“I said to my daughter that I’m a local, and my daughter’s extremely vocal and strong,” Sixx told the News&Guide. “She goes, ‘You can’t do that.’ And I go, ‘I can do that. I’m a local now.’ And she goes ‘You’re going to have to run that by some locals. And I think you have to wait a year.’”

So, just a few months into living in the valley, Sixx, 61, has found himself in one of the longest running debates in Jackson Hole. Sure, he’s already picked a side (he does like to think of himself as a local since he’s bought a house on West Gros Ventre Butte, and lives there) but he’s also keyed into two of the valley’s social truths.

One, being a “local” is a coveted position that only some claim.

Two, that’s because so many transplants now occupy the valley.

“Is anybody a local here?” Sixx asked rhetorically. “Very few.”

OK, back up. Who’s Nikki Sixx? Who cares that he’s a local? Or, a resident.

This writer doesn’t, admittedly — he was born in 1994 — but he did grow up with an aunt who looked back on those years fondly. She introduced him to bands like Foreigner and Blue Oyster Cult, and your correspondent took a step darker, exploring metal classics: Iron Maiden (the primo proto-thrash act), Def Leppard (you know “Pour Some Sugar On Me”), and AC/DC (think Union Jacks, guitar slides and bare derrieres).

But then came Motley Crue.

Cut from its own leathery cloth, its members and their accomplices in bands like Poison kicked down the doors on the heavy metal scene, giving rise to a whole new genre: hair metal. Or glam metal.

With Sixx as co-founder, bassist and songwriter, Motley Crue made a name for itself, ripping out five albums between 1981 and 1989. The band’s “Dr. FeelGood” went platinum six times, a No. 1 spot on the Billboard 200.

But the hard-partying bandmates simultaneously made headlines as hell-raisers. The writer of Rolling Stone’s acerbic review of the Netflix biopic about the band, “The Dirt,” dropped the F-bomb four times and made six references to sexual acts not fit to print in the pages of this newspaper — and that was just the review.

In 1987 Sixx was declared clinically dead for approximately two minutes as a result of a heroin overdose.

But, as the bassist tells it, the raucous, drug-laden escapades of the ’80s and early ’90s are no more. Sixx is now sober, about 20 years so. He’s also interested in helping others.

“I’m looking forward to finding out more about what is actually happening here in Jackson,” Sixx said. “I look forward to kind of getting in there and seeing if I can help somehow.”

Giving back to new home

Part of Sixx’s interest in getting involved is a newfound love for this place.

He’s been fishing and floating on the Snake River and posting about it on Instagram, where someone called him out for waxing poetic about Jackson Hole.

“It made me start laughing,” Sixx said. “I was like, I’m sorry, man, but like I’m [expletive] head over heels in love. So excuse me for gushing.”

Sixx moved to Teton County this summer, leaving Los Angeles, a city he’s called home since his debauched younger days. He said the city was starting to feel overpopulated and calculated. Rumors that people were buying bulletproof backpacks for children going back to school made him wonder whether he wanted something different for his 1-year-old daughter, so he and his wife, Courtney, started looking.

It helped that Sixx has roots in the area, roughly.

He grew up in Twin Falls, Jerome, and Pocatello, Idaho, where he spent time “fishing and hunting and being in the country.” That helped Sixx and his wife zero in on Wyoming.

“Then it just zeroed down to Jackson,” he said. “There’s so much about this that reminds me of being a kid, which I guess is part of, you know, my journey to take it back, and to be able to go out and go fishing, and have land and see these beautiful mountains.”

Sixx spoke with the News&Guide in September, National Recovery Month. His sobriety has made him an advocate for recovery. He’s spoken on Capitol Hill and with international news outlets about addiction and recovery, and penned high-profile op-eds on the same topic, including one in the Los Angeles Times in which he lamented the country’s response to the opioid crisis.

In Los Angeles he’s given money from his book “Heroin Diaries” to Covenant House California. The money supported creation of a music room for the nonprofit’s homeless youth shelter, which the nonprofit’s website said “has been Covenant House’s most successful and popular program amongst its residents to date.”

Covenant House works with kids who have been dealt a tough hand. Some have been caught up in prostitution and gangs, or kidnapped and trafficked. Sixx said the organization reaches out to youth in those circles, works with the ones who will stay in the program, and then helps provide them an education, and, in some cases, funds for housing so they can get on their feet.

Sixx said that adults have support groups like Alcoholics Anonymous. He’s a member. But kids like those at Covenant House lack support, particularly from adults.

“It’s not easy for young kids to have people they can trust and look up to, especially when they’ve had the rug pulled out from underneath them,” Sixx said. “If somebody doesn’t give them a hand and pull them out of the hole, sometimes they just don’t know how to get out, bro.”

He suggested he could imagine doing something in the same realm in Jackson Hole.

“If I could do anything even close to that here would mean the world to me,” Sixx said. “Even if I just show up and talk to the kids, or figure out a way to pass the messaging on, it’s something that’s near and dear to my heart.”

In her mind, working with Sixx could be something as simple as having him visit either Red Top Meadows, where the nonprofit runs residential treatment and therapeutic wilderness programs for youth, or the nonprofit’s group home, which is intended for kids in need of longer-term treatment for mental health and behavioral struggles.

Cavallaro thought Sixx would be particularly attracted to a place like Red Top: “He would dig it out there.”

The benefit, in her mind, could be Sixx serving as a “role model.”

“I’m guessing his story is about him taking accountability,” Cavallaro said. “A lot of these kids come from families that the adults never admit that they did anything wrong. I think hearing an adult take some accountability is a really powerful thing.”

The rockstar said he thought the COVID-19 pandemic would exacerbate addiction issues. In Teton County, which generally sees high rates of adult binge drinking, Trudy Funk, executive director of the Curran-Seeley Foundation, said it has.

In April and May, when lockdowns were more strict, Curran-Seeley received a lot of crisis calls and made a number of referrals for residential care and hospitalizations. Then, things leveled off. But, more recently, Funk said more people have begun enrolling in the nonprofit’s programs. The level of crisis the center is seeing is elevated.

“Six months ago, if the same person had called it would have been just information gathering,” Funk said. “Now we’re getting the calls where ‘I’m so concerned with my family member, I don’t know what to do. How do I get them the help they need immediately?’”

Funk saw a potential role for someone like Sixx in increasing awareness of substance abuse issues, and then normalizing asking for help, and not using. Decreasing stigma, in her mind, is huge.

“If we can normalize those things so that people can get help earlier in that process, then our outcomes are going to be better,” Funk said.

Plus, she thought people would be open to Sixx’s involvement.

“I think the community would really embrace that,” Funk said, “embrace somebody with that much star power to really be able to come in and help make a difference in a community.”

Sixx, for his part, is ready to talk about addiction and recovery and has, both in his music and his writing.

Along with his new band, Sixx:A.M., Sixx joined Slash, the legendary Guns N’ Roses’ guitarist, and others in September to put out “Maybe It’s Time,” a song about recovery. He’s working on an international recovery campaign and is producing a musical he hopes will do for the opioid crisis what “Rent” did for the HIV pandemic.

But he’s also just looking to start a conversation.

His new song "Maybe it's time" has inspired me. Wish Mr. Sixx knew that. Thanks for the words

Simple, lovely photo. Welcome to the valley & follow your heart to do positive acts.