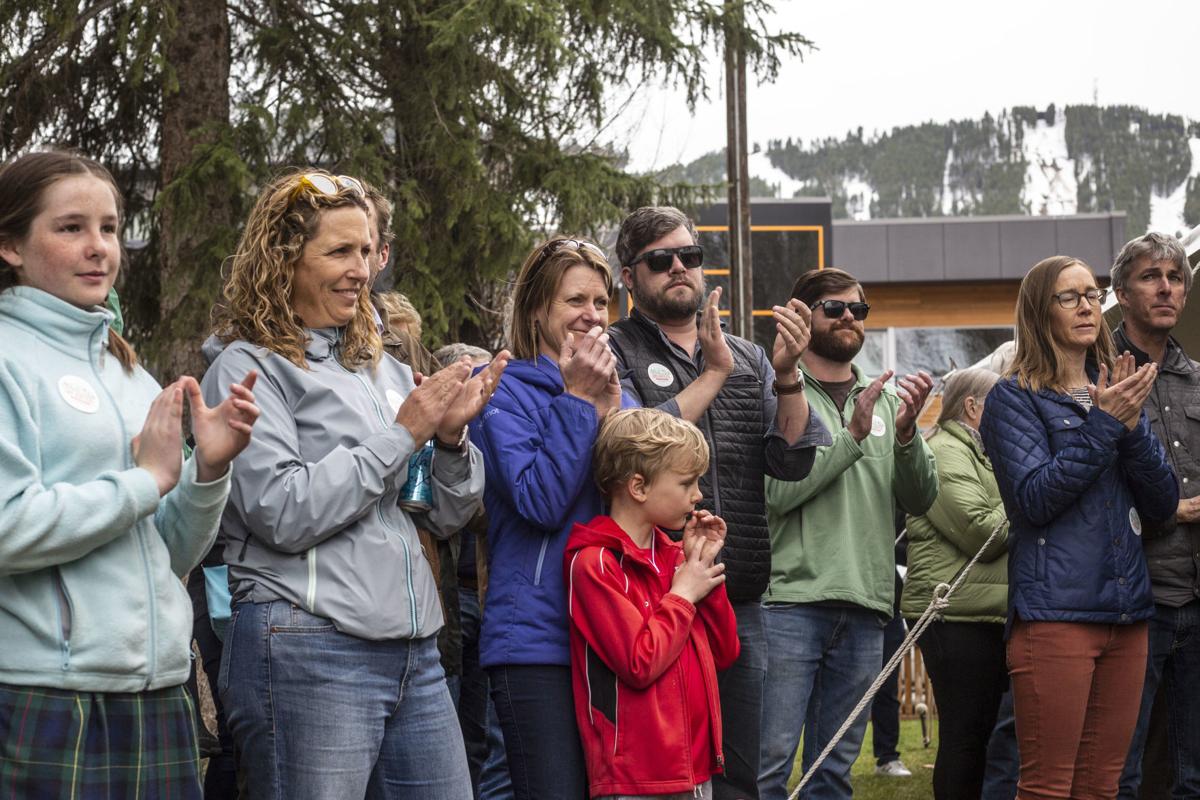 About 100 people showed up for a zoning-meeting-turned-block-party last Friday, at the Cafe Genevieve block. Three hundred and thirty-five donors raised $342,000 on Friday for rezoning and preservation costs for the block’s historic structures and open green space. 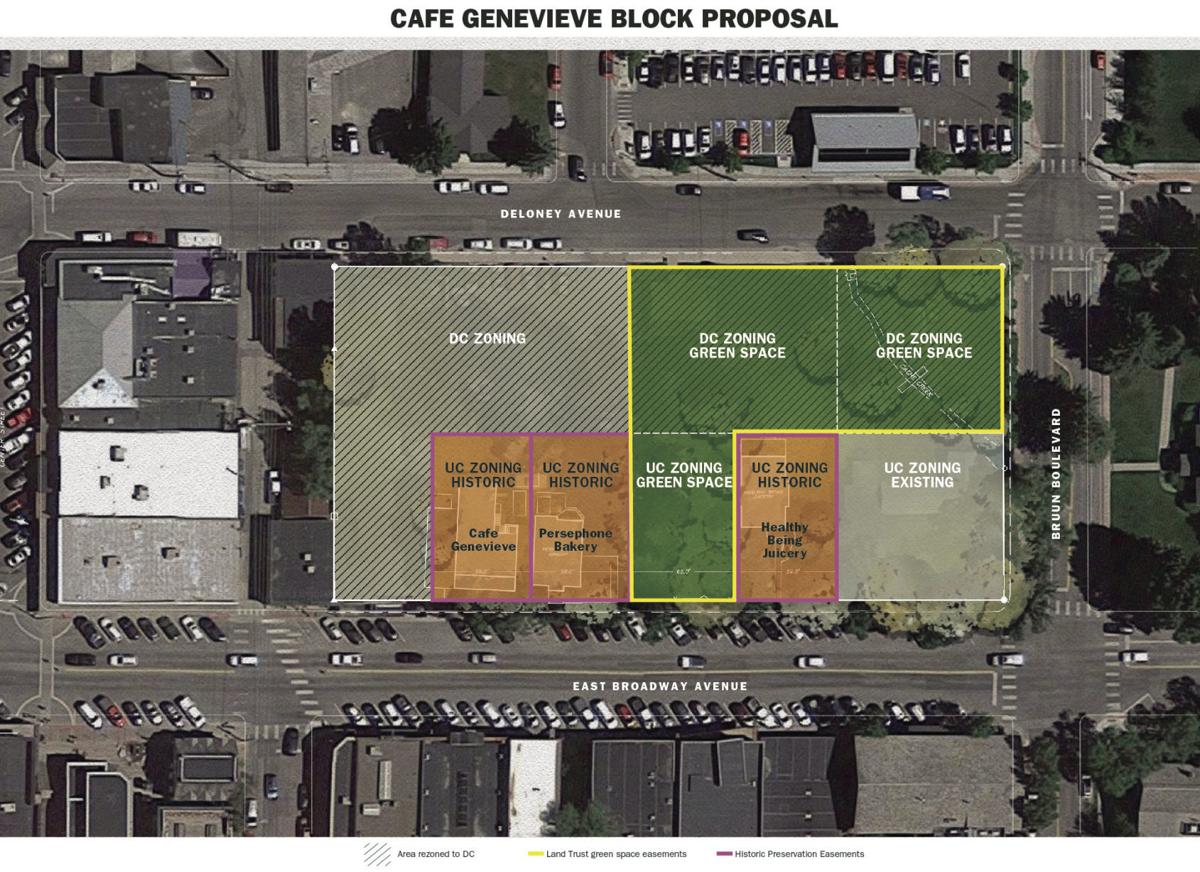 The rezone goal is to preserve historic structures and green space while concentrating development in the northwest, Deloney-facing corner.

About 100 people showed up for a zoning-meeting-turned-block-party last Friday, at the Cafe Genevieve block. Three hundred and thirty-five donors raised $342,000 on Friday for rezoning and preservation costs for the block’s historic structures and open green space.

The rezone goal is to preserve historic structures and green space while concentrating development in the northwest, Deloney-facing corner.

A required zoning meeting turned into a block party Friday with fried chicken and waffles and fresh-squeezed juice cocktails.

Gathered under a white tent pitched over a beloved swath of grass, Jackson Hole Land Trust President Laurie Andrews explained to a crowd of about 100 the details of an effort to preserve three historic cabins at 135 E. Broadway and the surrounding green space.

“This was under contract to become a very large hotel as of January of this year,” Andrews said. “We have been running as fast as we can to get answers on how to pull this all together.”

Now, following a groundswell of opposition to a hotel taking over, an anonymous family has the property under contract. The plan is to raise $7 to $8 million to preserve the historic cabins home to Persephone Bakery, Cafe Genevieve and Healthy Being Juicery where they stand, and also preserve the surrounding green space.

The project partners are also asking the town of Jackson to rezone part of the parcel to concentrate development in the corner behind Cafe Genevieve. But to do so, the project is requesting a rezone from the Town of Jackson.

Consultant George Putnam said the change in zoning “allows for a more compact development footprint,” minimizing the impact on the rest of the block, and allowing residential use rather than lodging.

“The rezone is really critical to making this happen,” Putnam said.

As more attendees filtered in after work to the three businesses housed in the property’s historic cabins to ask questions and learn more about the rezone proposal, they chowed down on chocolate chip cookies from Persephone, Cafe Genevieve’s signature candied bacon and vegan cheesecake bites from the Juicery.

But they also opened their wallets. The effort to save the Cafe Genevieve block raised $342,000 from 335 donors on Friday alone, according to Jackson Hole Land Trust Director of Advancement and Engagement Jenny Wolfrom. That included a $100,000 challenge grant from an anonymous donor, who offered the funding if 100 individual donors donated any amount, and an additional $100,000 from another anonymous donor. The Community Foundation of Jackson Hole also committed $100,000.

Sipping a cocktail of vodka and Juicery juice, Mari Allan Hanna said her family has been visiting the block for 20 years. Her favorite place in Jackson, she said the property is quieter and more family-friendly than Town Square, calling it “a really special part of downtown.”

“All of these businesses are owned by our friends and neighbors, people we know well outside of their business,” Hanna said. “I would hate to see that opportunity for local families and local entrepreneurs to be able to be in town.”

“I’ve been walking around this block for decades, it’s so pretty,” Kimmel said. “I’m so impressed and grateful to this family for stepping up to help make it happen. I’m excited about it and very hopeful.”

Along with other gifts, the Land Trust said it is “fast approaching” its first $1 million toward the project. The deadline for the fundraising effort is Aug. 4.