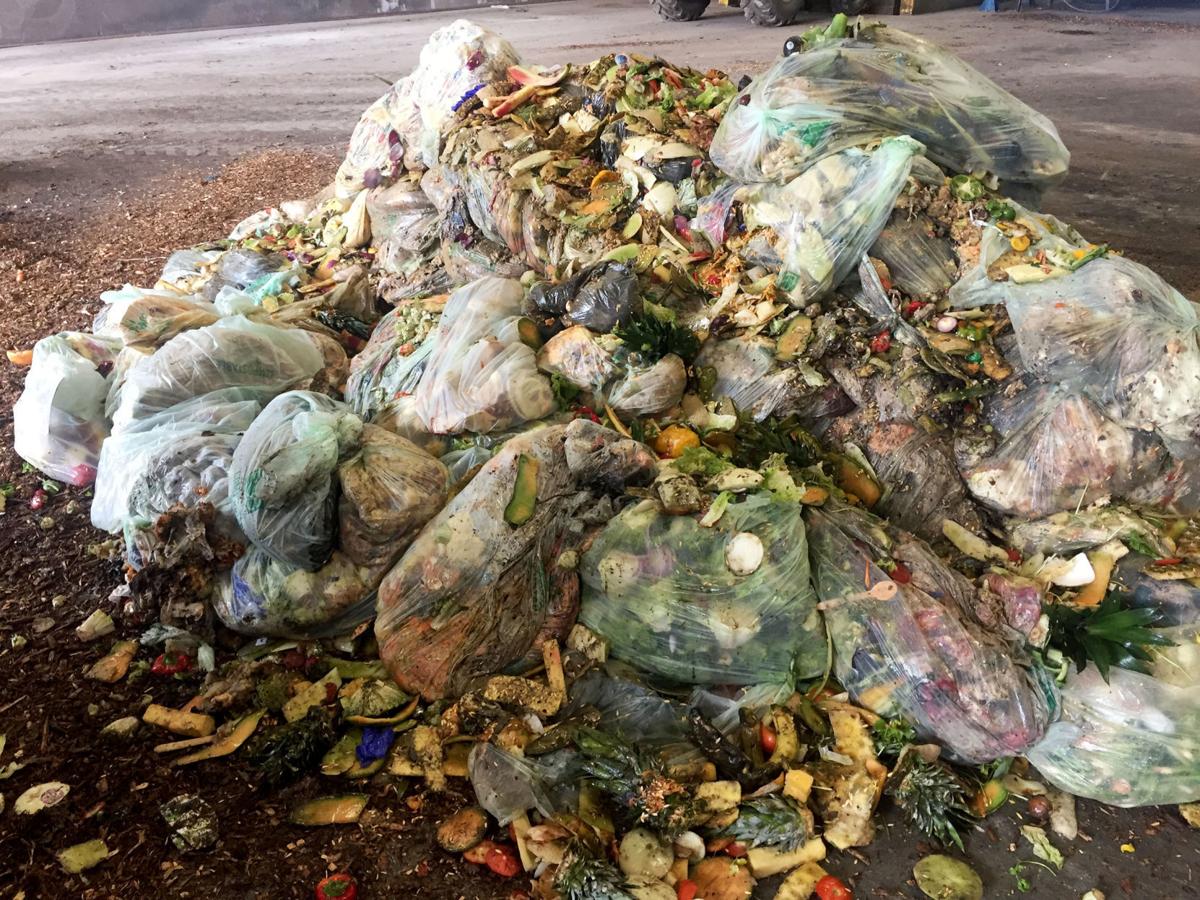 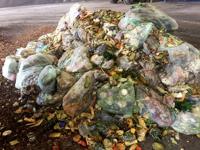 A pile of food waste from Grand Teton National Park concessionaires sits in compostable bags in the West Yellowstone Compost Facility. During the inaugural waste reduction pilot program in the national park, which aimed to divert waste from landfills to composting facilities, a total of 73.3 tons was composted in West Yellowstone, Montana, an average of 3.3 tons each week. 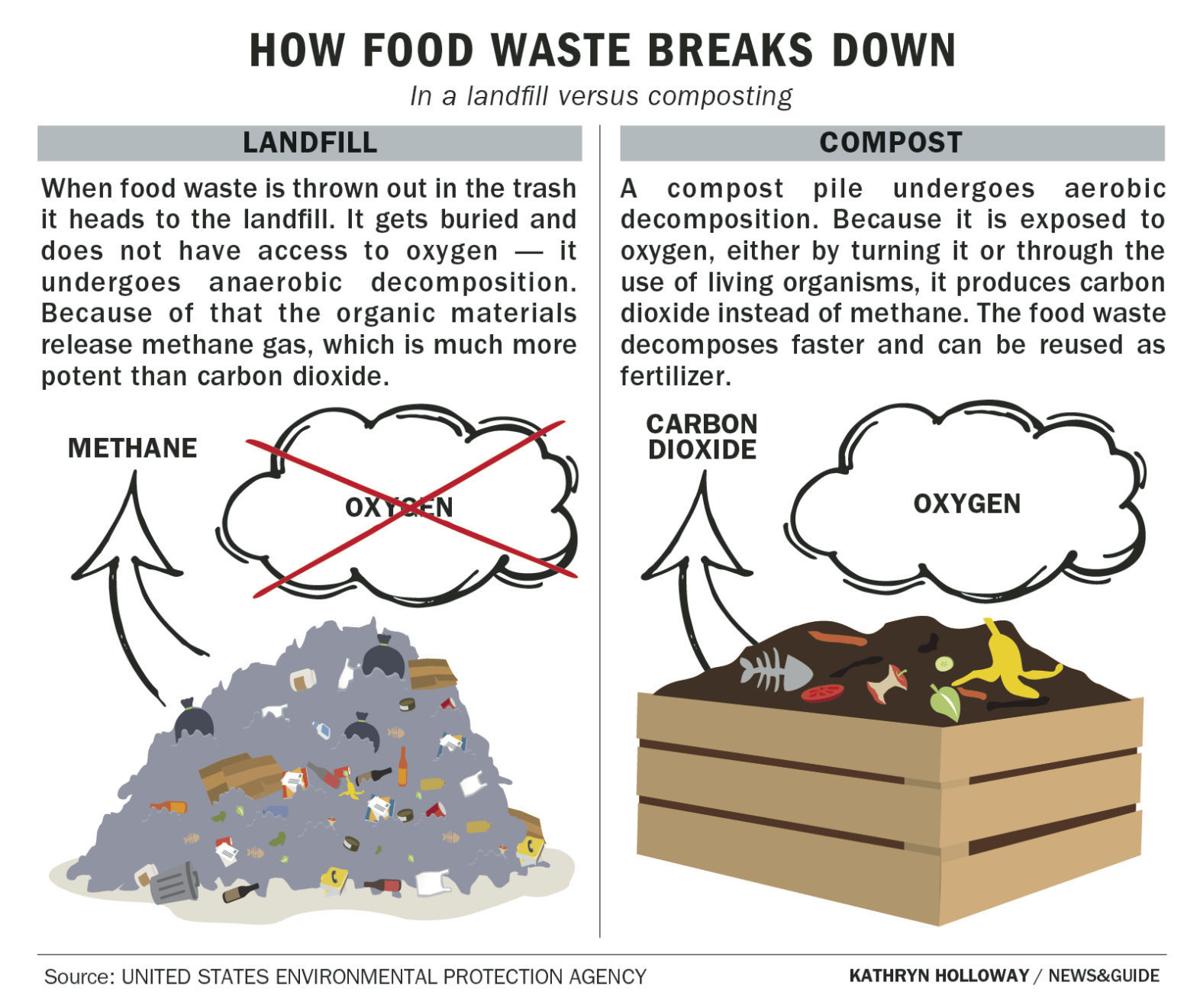 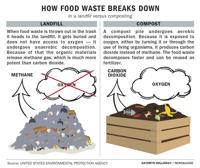 A pile of food waste from Grand Teton National Park concessionaires sits in compostable bags in the West Yellowstone Compost Facility. During the inaugural waste reduction pilot program in the national park, which aimed to divert waste from landfills to composting facilities, a total of 73.3 tons was composted in West Yellowstone, Montana, an average of 3.3 tons each week.

A pilot program that aimed to curb the food waste that makes up 40 percent of Grand Teton National Park’s total waste was deemed successful after its first season.

From May through October, 73.3 tons of food waste was diverted from the landfill to a composting facility in West Yellowstone, Montana. The work was a partnership between nine entities including Teton park, Teton County Integrated Solid Waste and Recycling and park concessionaires.

While the project didn’t meet the goal of 150 tons, it was still hailed as successful in tonnage and knowledge, said Mari Allan Hanna, the waste diversion and outreach coordinator at Integrated Solid Waste and Recycling.

“We knew it would be worthwhile,” she said. “We knew we’d learn a lot.”

The pilot was an opportunity to test the logistics of a large-scale food composting collection service, which is likely to guide future compost operations — something Teton County is likely to see within the next four years, she said.

A lot of heavy leftovers

The program is a part of the “Road to Zero Waste,” a community commitment aiming to divert 60 percent of the community’s waste from landfills by 2030. Teton County and the Town of Jackson signed on to the goal in 2014.

Grand Teton’s redirected food was spared the 100-mile trip to the Bonneville County, Idaho, landfill, a trek that costs $115 a ton for transport. Instead the waste was turned into compost useful in mine reclamation and road projects within Yellowstone National Park.

Hanna said it’s important to note the heft of waste food in the program, which weighed over two times as much as regular mixed restaurant garbage. The program waste weighed an average of 595 pounds compared to an average 250 to 300 pounds per yard of regular garbage.

“It’s measurably heavier, even in the small bin,” she said. “For a staff member to carry a trashcan full of food waste is a lot heavier than the regular trash bin that has some paper and mixed stuff in there.”

Grand Teton National Park was selected as one of the three pilot parks in Subaru’s Zero Landfill Initiative and has been working toward zero waste for the past two years. The initiative is a partnership between Subaru, the National Park Service and the National Parks Conservation Association.

Each partner in the program played an integral role in the success of the pilot, from the restaurants to the truck drivers and the composters. And with the success came challenges to improve the effort.

At Signal Mountain Lodge it all started at the cutting board. Potato peels, carrot tops, meat scraps and lettuce ends were tossed into a green composting bin instead of a garbage can. Expired foods and uneaten meals joined the scraps in the green bin.

“It was a lot of extra work getting it going,” said Erik Kimball, food and beverage director for Signal Mountain Lodge. “But once it was set up it was kind of routine.”

It was a rhythm Signal Mountain Lodge and its sister restaurant, Leeks Marina Pizzeria, had been hoping to get going for several years.

“We were a little jump ahead because we had thought through a lot of the challenges and we had a couple studies and a couple false starts,” he said.

For two weeks the lodge measured the waste it produced daily. Those numbers helped Kimball get the pilot up and running.

“We found that the vast majority of our waste, probably close to 80 percent for the kitchen per volume, was food waste or food compostable items,” he said.

Because Kimball knew the volume of waste was going to be high, he put food waste collection bins everywhere.

“We started the year by doubling up,” he said. “I bought tons and tons of green garbage cans, varying sizes and whatnot, and we just put them everywhere next to regular garbage cans.”

Employees still had the option of throwing something in traditional garbage bins to cut down on contamination. The abundance of bins gave Kimball insight about where the bins worked best. The contamination in the food waste was less than 1 percent at the end, which county officials attributed to the extensive training and education by people like Kimball.

The constant reminder to sort food inspired the restaurant’s employees to think about other ways they could cut waste. They made sure coffee served at the front desk, expired food from the general store and left-behind food from checked-out guests’ rooms was composted, too.

“They are just gigantic,” he said. “They used to be on this oval plate, but we had a lot of waste falling off because it was so tall; stuff would just fall off during production and when people were eating it.”

They decided to switch to a larger plate to spread the food out evenly and save pieces from falling off.

Over 40 tons, over half of the food diverted to the composting facility, came from Signal Mountain Lodge’s restaurants. The restaurants were able to divert so much food that they were filling the dumpsters within days.

Kimball said next year he hopes to expand holding capacity at the restaurants and expand the program to other departments.

The logistics of the pilot were the focus for Teton County Integrated Solid Waste and Recycling, especially dealing with nine collaborators and seven collection sites.

“The way this large number of collaborators came together and really was engaged and invested in the program and working together for one goal, it sounds cheesy, but it absolutely happened,” she said.

One of the main worries was odor and avoiding conflicts with wildlife in bear country.

“We didn’t have any because we were using the bear-resistant containers,” park spokesman Andrew White said. “In some cases that limited the amount of food we were able to compost, but we weren’t willing to sacrifice on leaving food outside and risking a bear would get in trouble.”

Truck drivers from Westbank Sanitation picked up the food waste and hauled it to the composting facility in West Yellowstone. Instead of a traditional front-loading dump truck, rear-load dump trucks were used.

Hanna said the primary reason they used different trucks was for ease of rinsing the dumpsters, a process that poured hot water in to get rid of any odors or food that stuck behind. The dirty “gray water” was then dumped back into the truck.

But one driver discovered an enzyme cleaner called Critters, which changed the game.

“It worked,” Hanna said. “It broke down any food residue and eliminated and neutralized the odor. He tested it time and again and couldn’t find any flaws with it.”

Next year the drivers will no longer need to rinse dumpsters with water, but instead will just use the enzyme spray. That means Westbank will be able to use regular front-loading dump trucks, which are more compatible with the loading docks.

“It requires a lot less retrofitting or conversion of the trucks themselves,” Hanna said. “They can have a more simple trucking collection operation.”

The front-loading trucks will also be able to handle two times more material than was collected over the summer. The largest load collected was 4 tons, and the maximum capability is 8 1/2 tons.

Park officials also hope to have more collection locations and dumpsters to be able to maximize the amount of waste they can divert.

“We’ve learned a lot from them, just starting right from when the food waste hits the ground at their facility,” Hanna said.

Hanna said construction of the building that will house the commercial composting facility is almost finished at the location of the interim trash transfer station. The plan is to have it open by 2020 or 2021 “in some fashion,” she said.

Margaret Wilson, the park planner who heads the sustainability effort, was impressed with how well the pilot ran and credited the staff of the concessionaires for its success.

“The reason it was so successful was because the concessionaires worked really hard training their employees, and the employees really took ownership of this and seem to be really proud of it,” she said.

Environmental leadership is one of the key initiatives Grand Teton officials are thinking about, White said.

“How do we as Grand Teton National Park really become a leader in the environmental realm and give folks the opportunity to learn about sustainable practices that they can incorporate into their own lives or their businesses?” he said.

White said the park is commited to improving the pilot effort in coming years and helping other organizations incorporate composting into their work.

“We’re here to protect the land, but also to teach people to be better stewards of the planet,” he said.