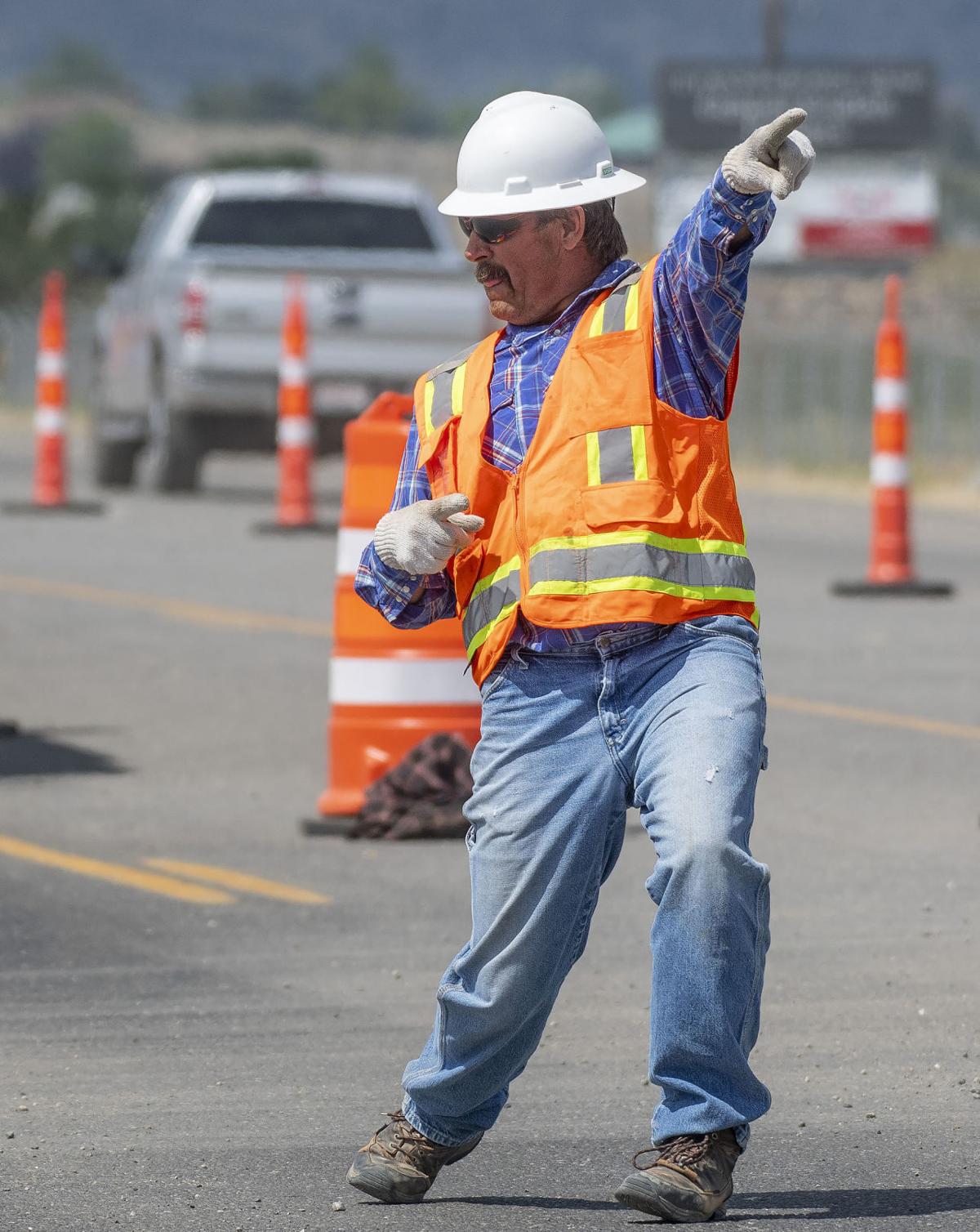 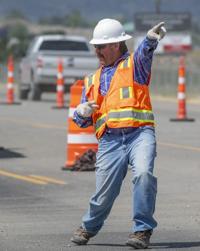 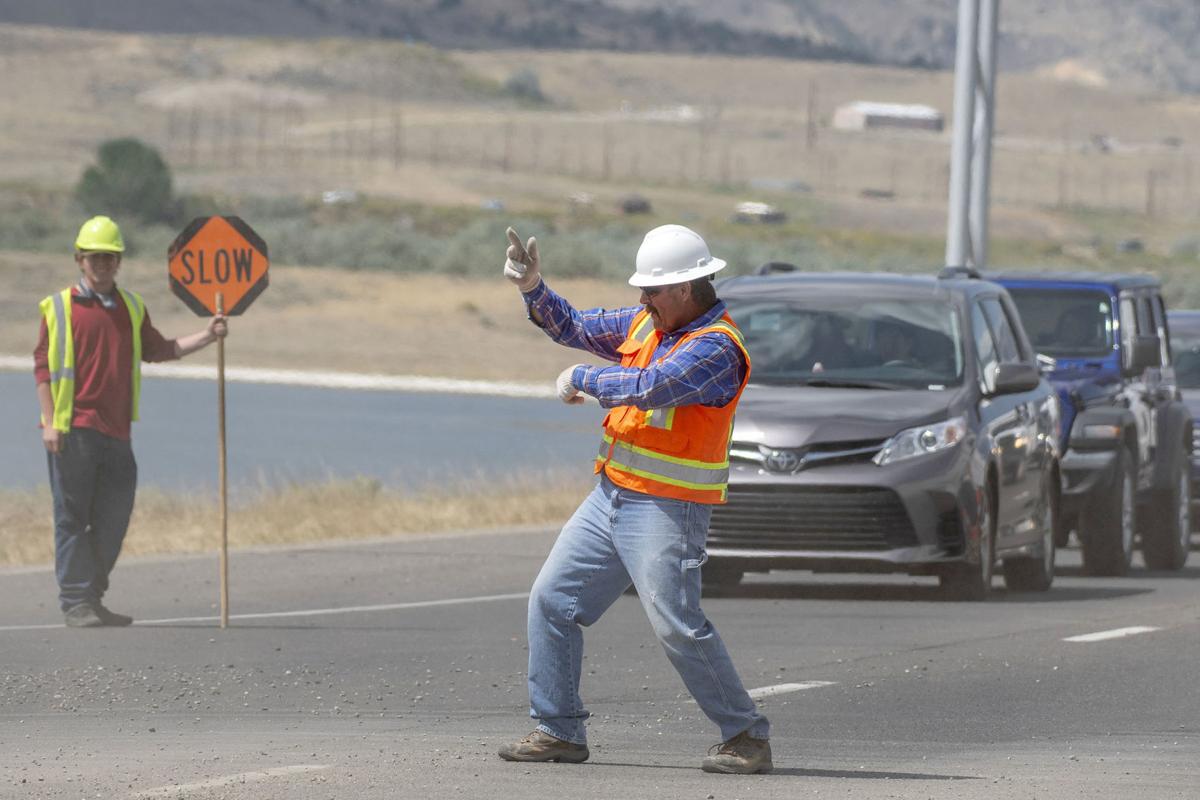 The Mountain Construction employee from Ralston says his graceful moves while directing traffic through sticky areas are simply him staying on his toes.

Most would disagree, however. His dance moves are becoming well-known in Park County. Some motorists intentionally drive through construction zones with the hope of seeing Nordman dance — or whatever he calls it.

“I don’t dance,” he said. “Watch your professional players. They’re always moving. The reason why is because your reaction time is so much faster. So as I’m out there in the street, and I’m doing my thing there, I’m always moving in case somebody starts coming towards me … so I can react and get away from it.”

There is evidence he is fudging a little on the facts. A video of him “staying on his toes,” while directing traffic in the construction zone near the intersection of the Greybull and Meeteetse highways in Cody, went viral on Facebook — at least locally. It was taken by Jessie Adams, a professional driver from Cody.

Adams was waiting to continue his drive and listening to “My Honey in the Summer,” by Public. As Nordman directs a long line of traffic from the south, his hips swing and his knees bend. It almost looks as if he is dancing to the music. But Nordman said he couldn’t hear Adams’ jam.

“The music that you hear was the radio in his truck. During the time he was taking this he was over 150 feet away from me,” Nordman said in his defense.

The longer you watch the video, the more Nordman’s hips swing and knees sway. His hand gestures seem in-sync with the disco-ish melody. Still, he swears he doesn’t dance. You won’t catch him doing a square dance, he says. He doesn’t line dance and has never taken lessons. He swears he doesn’t break dance.

But the longer you watch the video, the more outrageous Nordman’s non-dance moves get. At times he’s on his toes, like a danseur in steel-toed boots instead of pointe shoes. Then, as the song nears the end, Nordman goes to one foot, points to the sky, shakes his hips and then, as if he has an invisible lasso, ropes a large, red Dodge 4x4 and pulls him through the intersection while seemingly doing moon walk moves.

It wasn’t a one-time, in-the-moment interpretive dance. Nordman gets requests.

People will roll down the window and ask where he is when he’s on break. Few pull through one of his intersections without an ear-to-ear grin on their face.

“They’re out here in traffic and they’re stressed. I’m out there doing this stuff. And by the time they leave, we all smile. Everything’s forgotten,” Nordman said.

“He keeps people smiling,” said Danny May, general manager of Mountain Construction. “It can be grueling out there, especially with all the tourist traffic coming through. Troy helps motorists through the tough situation.”

Still, after all evidence to the contrary, Nordman refuses to admit he’s a dancer.

The work at the Cody intersection should be finished by the end of August, May said.

Wyoming News Exchange articles are published with permission from participating Wyoming newspapers. The News&Guide also shares articles with the exchange for publication statewide.