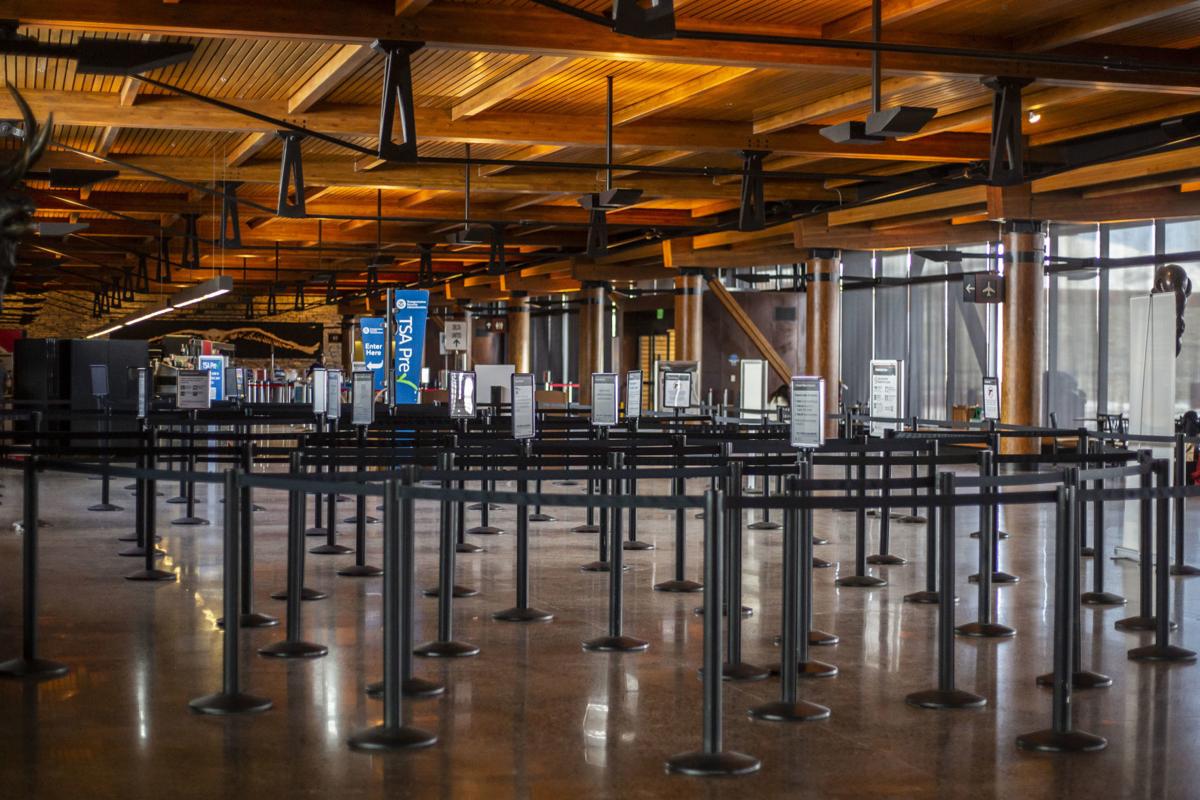 The passenger terminal at Jackson Hole Airport was largely absent of travelers Tuesday afternoon as scheduled flights are beginning to be scaled back. 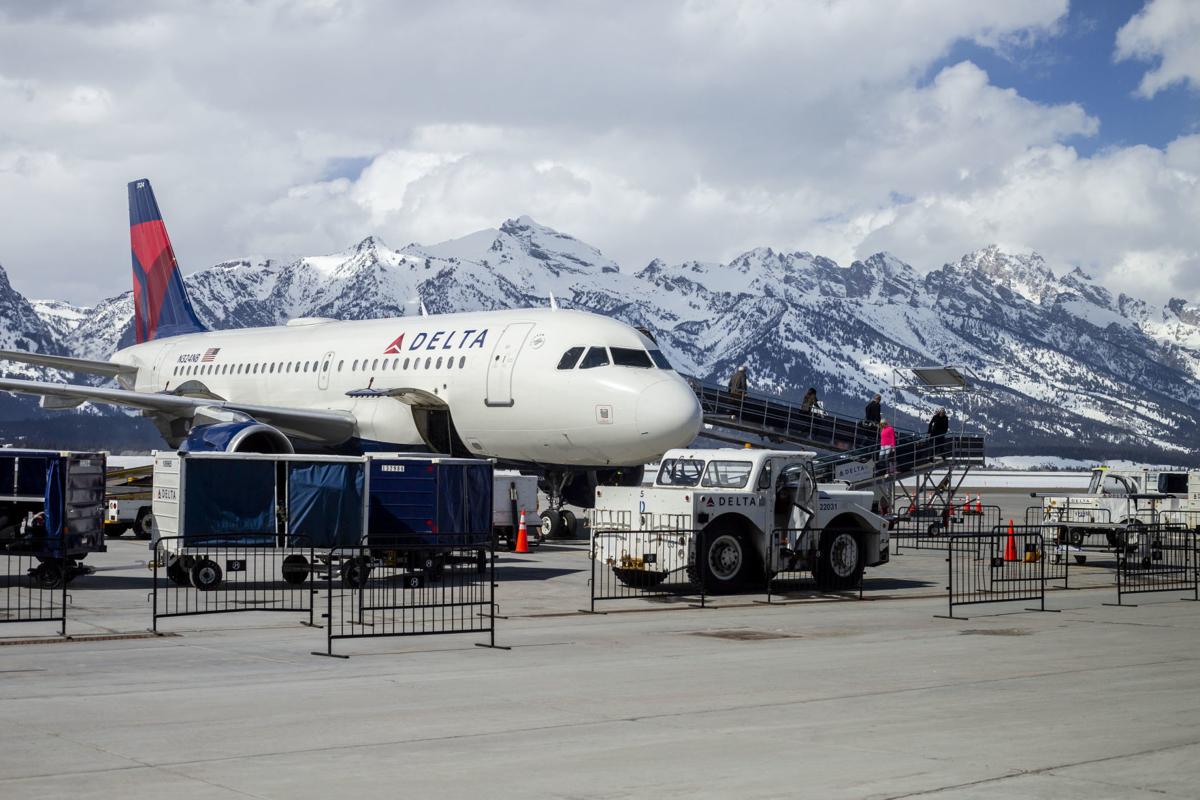 Passengers disembark from a Delta Airlines flight arriving from Salt Lake City on Tuesday. The transition that sees the start of Jackson Hole Airport connections to Denver, Salt Lake City and Dallas — the usual spring shoulder-season connections — is expected to be complete by Monday.

The passenger terminal at Jackson Hole Airport was largely absent of travelers Tuesday afternoon as scheduled flights are beginning to be scaled back.

Passengers disembark from a Delta Airlines flight arriving from Salt Lake City on Tuesday. The transition that sees the start of Jackson Hole Airport connections to Denver, Salt Lake City and Dallas — the usual spring shoulder-season connections — is expected to be complete by Monday.

In the heart of the valley’s winter ski season, a dozen U.S. metropolitan areas are just a plane ride away from Jackson Hole Airport.

Because of the COVID-19 pandemic, that transition is happening a week or two early.

“This year we really don’t need much service after this weekend,” Mike Gierau, a co-chairman of Jackson Hole Air Improvement Resources, told the News&Guide on Tuesday. “As of today, flights are fairly full leaving and they’re fairly empty flying in, but there are still flights available to get folks out.”

The transition that sees the start of Jackson Hole Airport connections to Denver, Salt Lake City and Dallas — the usual spring shoulder-season connections — is expected to be complete by Monday. Flights to Chicago, Gierau said, may phase back in at some point, too.

Jackson Hole Air Improvement Resources is a business community-funded organization that arranges and sometimes subsidizes commercial flights into the valley during the winter, but its minimum-revenue guarantees don’t cover all of the airlines’ expenses.

“They, too, were seeing their seat calculations,” Gierau said.

Because of public health expert recommendations, Jackson Hole Airport has changed some of its normal operating procedures.

Public programs in the terminal building such as Jackson Hole Chamber of Commerce greeters and the mimosa and orange juice stand have been shut down early, and Teton Raptor Center presentations have been called off, Elwood said.

The airport purchased a hospital-grade disinfectant-spraying machine to treat surfaces, and staff have been cleaning the security trays at least twice a day.

One step that won’t be taken — unless orders come down from above — is to close Jackson Hole Airport. By federal law the commercial jetport does not have much latitude to close or change its hours.

“Airports are not legally allowed to close without the approval of the FAA,” Elwood said.

Jackson Hole Airport’s 9 a.m. Wednesday board meeting has been relocated to the Teton County Commissioners Chambers, where livestreaming equipment is available.

The airport board announced Monday that it is postponing consideration of Wind River Air’s application to operate scenic helicopter tours from the airport due to coronavirus-related health advisories that discourage public gatherings.

The scenic helicopter tour business wants to pick up clients at Jackson Hole Airport and tour places such as the Gros Ventre and Jedediah Smith wilderness areas.

The controversial plan was expected to draw a large crowd, and following warnings against large public gatherings the board announced that the topic would be “moved to a future board meeting that the public can safely attend.”

Starting at 9 a.m. Wednesday the public can watch the airport board’s meeting online at TetonCountyWY.gov/1185/Meeting-Video.