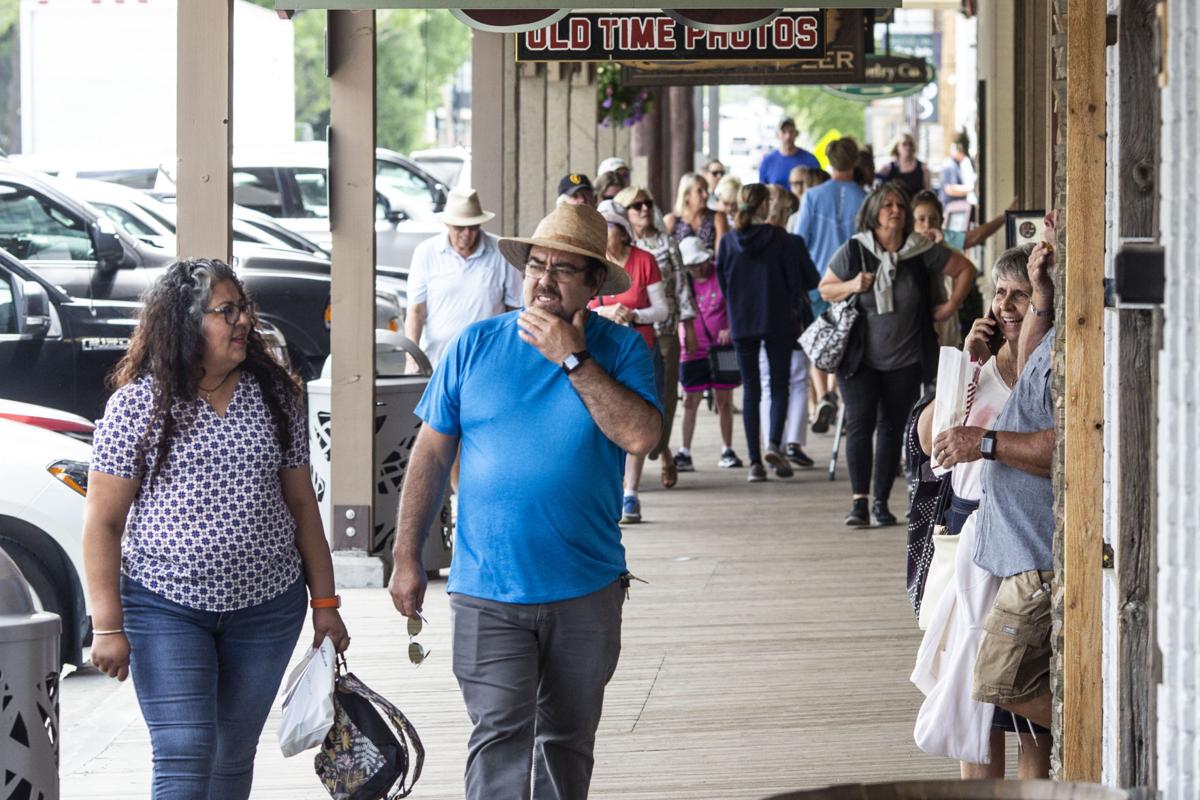 People walk the boardwalks around Town Square on Tuesday afternoon. Teton County’s mask mandate expired in May and business owners have been free to make their own decisions about whether to require customers to wear masks. 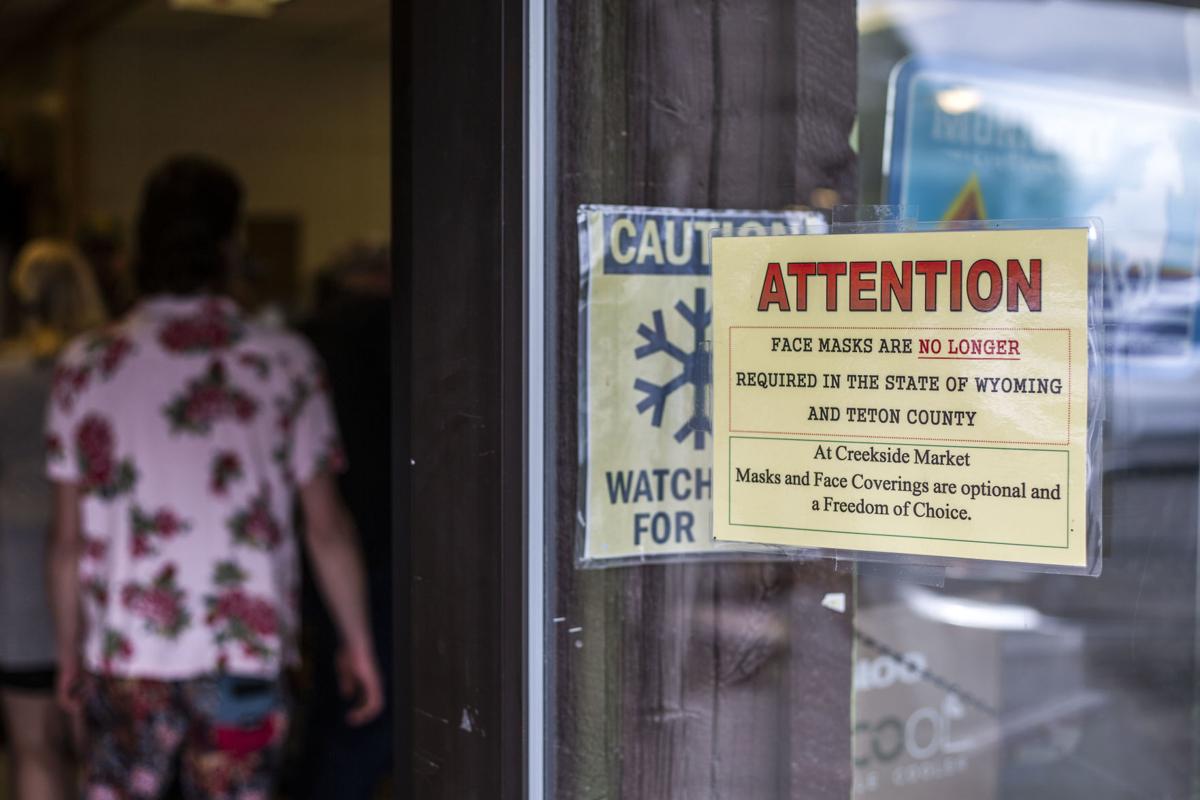 People walk the boardwalks around Town Square on Tuesday afternoon. Teton County’s mask mandate expired in May and business owners have been free to make their own decisions about whether to require customers to wear masks.

To mask or not to mask?

Turns out it’s your choice. The county’s mask mandate was rescinded a month ago, and businesses are adapting in different ways. No matter what their signage is in front of the store, however, customers can choose their own adventure regarding face coverings.

“We care about the health of our employees and customers,” said Courtney Halls, manager at the Jackson Mercantile. “But we also value their choice, so we just have been trying to achieve a balance of that.”

Most places ditched the masks once the order expired; others left signs about face coverings up but left the decision to customers.

“Masks appreciated,” reads a sign at the Mercantile. Across the street at Wyoming Outfitters, the placard on the door says vaccinated customers can go maskless and unvaccinated ones should wear a mask.

Persephone Bakery has a similar rule, but staff don’t have any way of checking vaccination status.

Unlike many other Jackson establishments, Cohane kept a mask requirement in place for two weeks after the county order expired. Some staff members aren’t vaccinated, and she wanted to keep them safe.

Without the government backing, she and her employees found themselves in front of the firing squad with some customers.

“There was a heightened level of anger and frustration,” she said about her businesses’ requirement to wear a mask. “So it was a really difficult couple weeks.”

Ultimately, she made the “difficult decision” to get rid of her mask mandate because she didn’t want to subject her employees to the negative interactions, which increased dramatically after the county lifted its order. It was hard to “rip the Band-aid off,” but she has kept a requirement for unvaccinated employees to wear masks.

That assuages some fear that they will contract COVID-19 and need to quarantine, which she says could cripple her business as summer gets into full swing.

Though masks are gone, Sweet Cheeks Meats is keeping two pandemic precautions in place, a limit of four people inside and the elimination of the pickle bar. Both keep customers flowing, and even when capacity won’t be limited, owner Nick Phillips said, the pickle bar is no more because it creates too much of a “bottleneck.”

A scant few organizations are still under a mask order, at least until Friday. Teton County has a health order that mandates masks in schools, where students are not fully vaccinated and kids under 12 are not even eligible yet.

Teton County School District No. 1 is covered, as are organizations that operate on school property. The Jackson Hole Children’s Museum, which sits on Jackson Elementary School land, requires anyone over the age of 3 to wear a face covering.

Though the county’s order expires Friday, the museum plans to require masks indoors during its summer camps, he said, though most activities will be outdoors and maskless.

“When you have families that span the spectrum of beliefs around policies and vaccinations, trying to serve that whole community is difficult and tricky,” Lobdell said. “So being outdoors has been the biggest solution for us.”

Except for school-related activities, it’s clear most people have ditched their masks. On Town Square on Tuesday, maskless customers filled stores, with only one or two covering their faces.

Most store managers seemed OK with the maskless crowds. Though Cohane said she worried waves of tourists could still bring the virus into her establishments, others said they felt the success of the vaccination campaign had limited the potential for transmission.

“I’m really glad that they let the vaccines run their course,” said Kendra Shipp at Teton Toys. “They let the people who wanted the vaccine get through all of their shots before they flipped the mandate.”

After a year of wearing masks almost everywhere, it has officially become a live-and-let-live mentality at most businesses.

The following Codes I have looked up are not suggestions.

Then there is the Americans For Disability Act (ADA) and Health Insurance Portability and Accountability Act (HIPAA). These protects patients' privacy and health information.

You are darn right it is an honor system. The Constitution prohibits anyone from having unlimited power over the people which is why the President did not make anything more than mere suggestions. But our Governor made mandates and passed them off as laws.