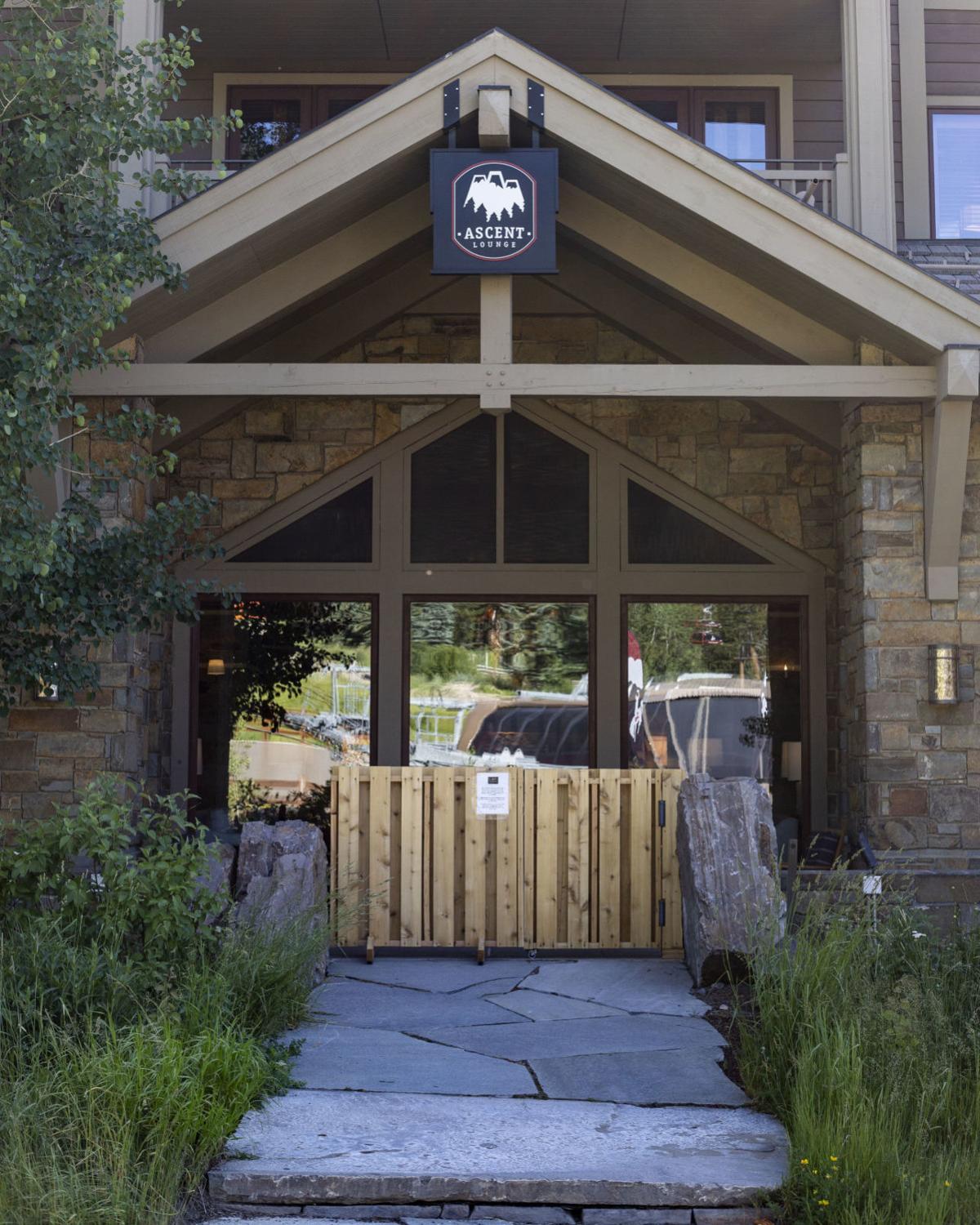 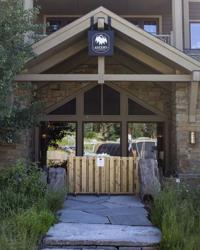 An entrance to the Ascent Lounge at Four Seasons Resort and Residences Jackson Hole is blocked off Tuesday in Teton Village. The sign advises visitors that “due to enhanced safety protocols” the resort and all of its outlets are open only to registered guests and owners for the time being. 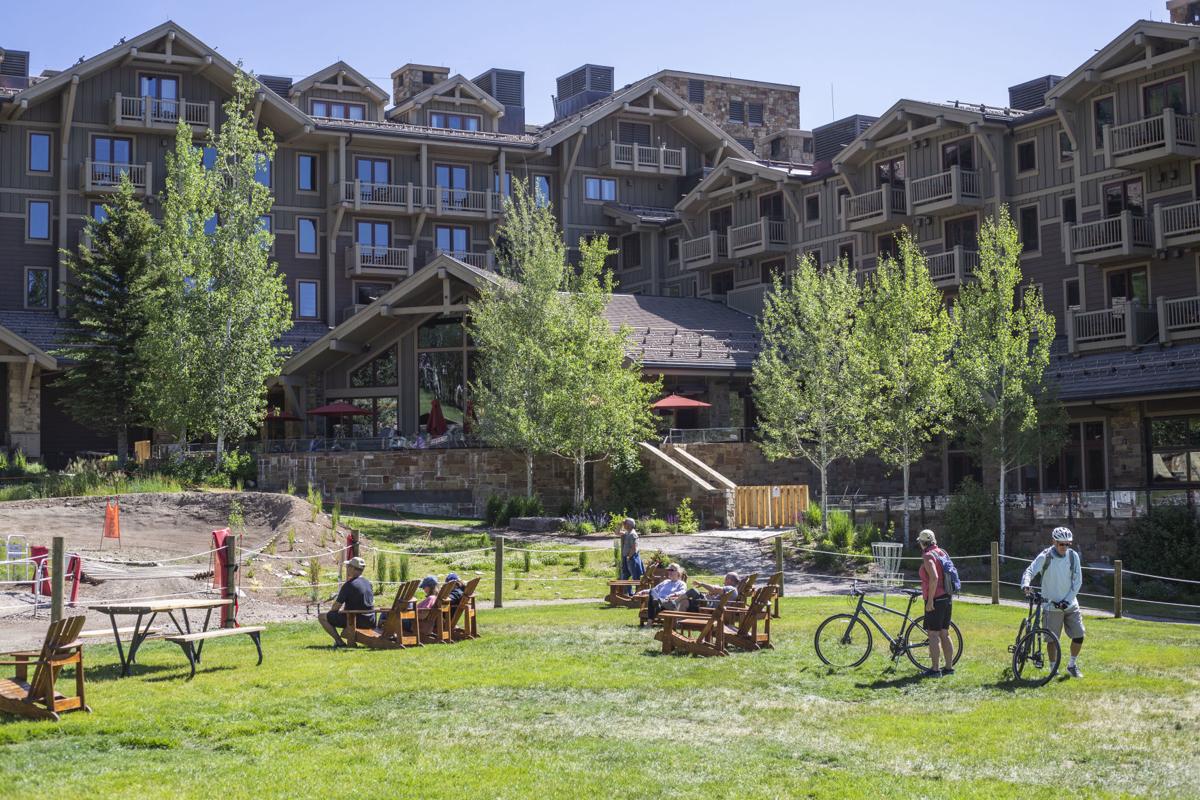 After a guest at the Four Seasons in Teton Village tested positive for COVID-19, employees say the luxury property isn’t doing enough to make them feel safe.

An entrance to the Ascent Lounge at Four Seasons Resort and Residences Jackson Hole is blocked off Tuesday in Teton Village. The sign advises visitors that “due to enhanced safety protocols” the resort and all of its outlets are open only to registered guests and owners for the time being.

After a guest at the Four Seasons in Teton Village tested positive for COVID-19, employees say the luxury property isn’t doing enough to make them feel safe.

Given the increased movement of people and tourists, it’s not surprising a hotel guest in the valley would come down with the illness caused by the coronavirus. Still employees at the luxury Teton Village resort say the hotel isn’t taking the necessary precautions to make them feel safe in light of the confirmed case, even though resort managers said they are following county and internal guidelines. The News&Guide spoke with five current and former employees with knowledge of how the resort is handling coronavirus preparations and response, as well as resort managers.

As a global business the Four Seasons has adopted a coronavirus plan in conjunction with Johns Hopkins Medicine International. That plan dictates measures like providing guests with sanitation kits, appointing a health officer at each resort, disinfecting rooms and inspecting them via black light.

“Through our work with leading experts, we are leveraging their world-class, medical expertise to focus on enhancing cleanliness, guest comfort and safety and employee training,” Cory Carlson, the Teton Village Four Seasons’ regional director of marketing, said in a statement to the News&Guide.

Despite that plan, called “Lead With Care,” employees said that the resort is understaffed and cannot fully implement its procedures and that potentially close contacts of the recent case are still working or moving around the property, even ones identified by Teton County Health Department contact tracers as needing to isolate.

In a resort town like Jackson it’s a fact of life that hotels are going to have COVID-positive guests. Anyone who tests positive in Teton County is reported to the Health Department, which will ask that person to isolate in his or her hotel room for 10 days or until the individual’s stay is over, whichever comes first.

“We have had some instances where we’ve gone through very extreme measures to figure out how these people can get back to their home,” Public Health Coordinator Rachael Wheeler said. “We would not allow them or anyone quarantining to get on a commercial plane.”

If a hotel guest is identified as COVID-19-positive, like the one last week at the Four Seasons, Health Department contact tracers would notify any close contacts, generally those who spent at least 10 minutes within 6 feet of the confirmed case. That could include hotel restaurant workers, tour guides or any other employee who came in contact with the person.

As part of the economic reopening, the Health Department issued guidance for the hospitality industry that changes based on what level of risk the community is at. In the moderate risk phase Teton County is in right now, the department doesn’t suggest hotels notify employees that a case was found on-site.

However, Four Seasons employees maintain that some of the resort’s workers were in close contact with the guest or the people traveling with the guest, all of whom used resort services like tours and the restaurants. The employees believe the resort should tell guests and staff even if it’s not required. They say the resort gave them the impression they could be tested, but that hasn’t happened.

In addition, those who were identified as having contact with the guest are still at work, they say, though those people may not have been given isolation orders. Health Department isolation orders are given to anyone who is determined to be a close contact, and say the contacts should be tested.

Even if the contacts test negative for the virus, the orders tell them to isolate for the potential incubation period of the virus, 14 days following exposure. Resort employees say that’s not happening.

Wheeler, who heads the Health Department’s contact tracing, said she couldn’t comment on the state of affairs at any one business, so she couldn’t say whether the Four Seasons was following the guidelines. The resort insists it is.

“We have conducted a complete and comprehensive disinfection and sanitization of the property and continue to work in full cooperation with County Health, notifying directly impacted guests, residents and employees per County Health contact tracing guidance,” Carlson wrote in his statement Tuesday afternoon. “At this time, no subsequent cases on property have been reported and the impacted guest is no longer at the Resort.”

For roughly a month during the initial outbreak, Four Seasons closed. It reopened with its Lead With Care plan, and employees say they were told rooms would be “rested,” or kept empty, for a day or two after guests checked out. The resort also told them it would run at a limited occupancy around 50% capacity.

Instead, they say, the Four Seasons is at close to normal capacity with a skeleton crew staff, making it nearly impossible to follow guidelines, like having someone to make sure guests wait until a table is disinfected before sitting down. Jackson Hole Chamber of Commerce President Anna Olson said the valley as a whole has been running at around 90% occupancy — based on lodging properties being surveyed — over the past few weekends.

When the News&Guide reached Carlson by phone he declined to comment on specific internal measures the resort was taking, though he said Tuesday in his statement that the hotel would be closed indefinitely to “outsiders,” people not staying at the hotel.

The employees said they want the resort to be willing to close establishments like the Ascent Lounge for a day or two after a positive case and to be more transparent about their exposure risk.

Those still employed there said they don’t want to leave because the job pays well and the economy isn’t particularly inviting to job seekers right now, but they don’t feel safe when they come into work.

Overall, as one employee put it, they feel “let down.”

The News&Guide rarely grants anonymity but did so in this case in order to report an important public health story about what workers are facing and feeling as they work on the frontlines of the tourism industry amid a global pandemic.