Kyle Craighead Haynam, 35, Lorraine Adams, 26, and Jameson Mitchell, 26, all experienced relatively mild symptoms before testing positive for COVID-19. After learning that losing the senses of taste and smell were symptoms — while experiencing the symptoms themselves — they had themselves tested and subsequently learned they were positive for the novel coronavirus. 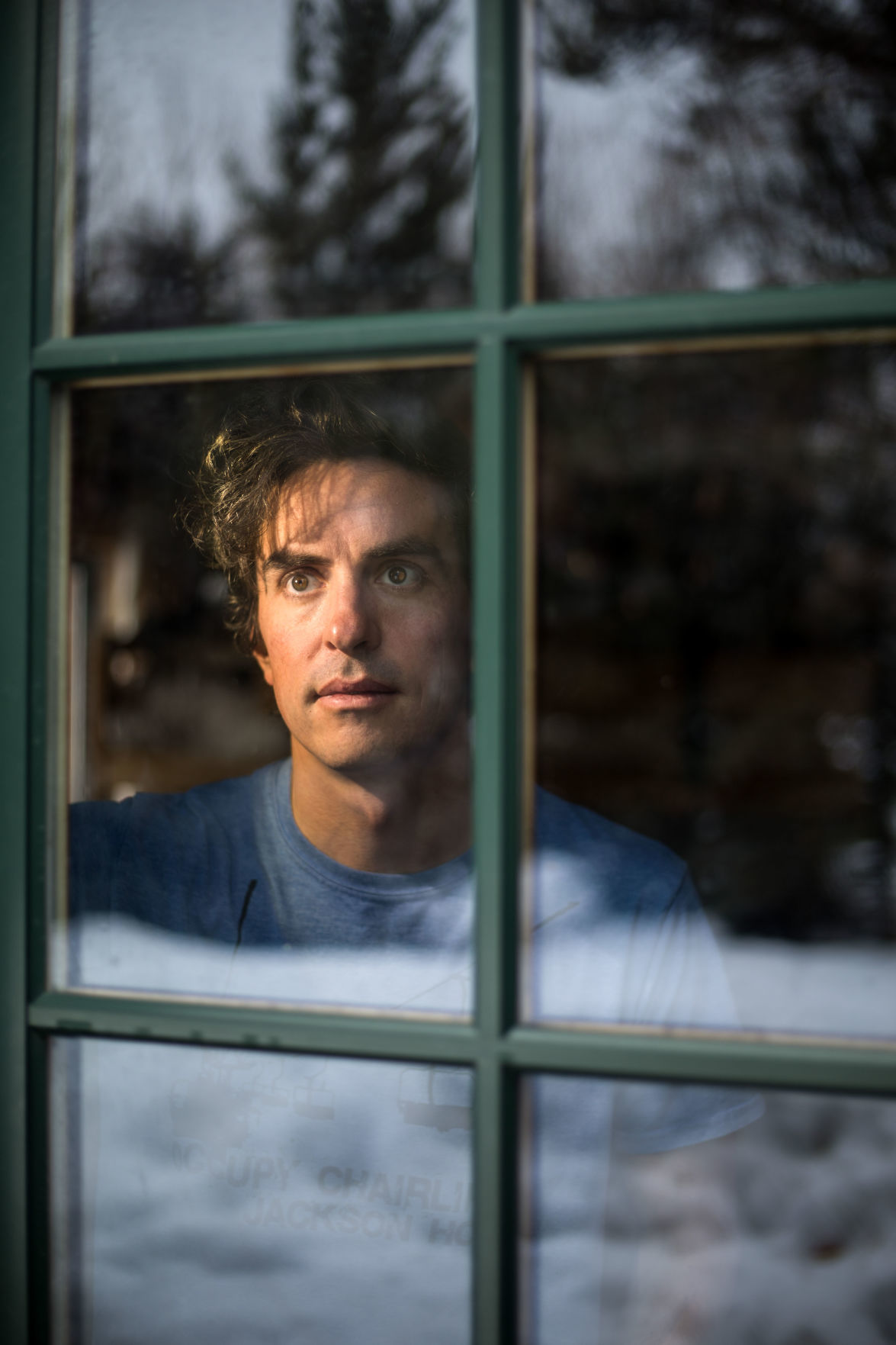 Kyle Craighead Haynam lost his sense of smell and was able to be tested for COVID-19. His test result came back positive on Sunday, and he's since quarantined himself at his home in Moose. 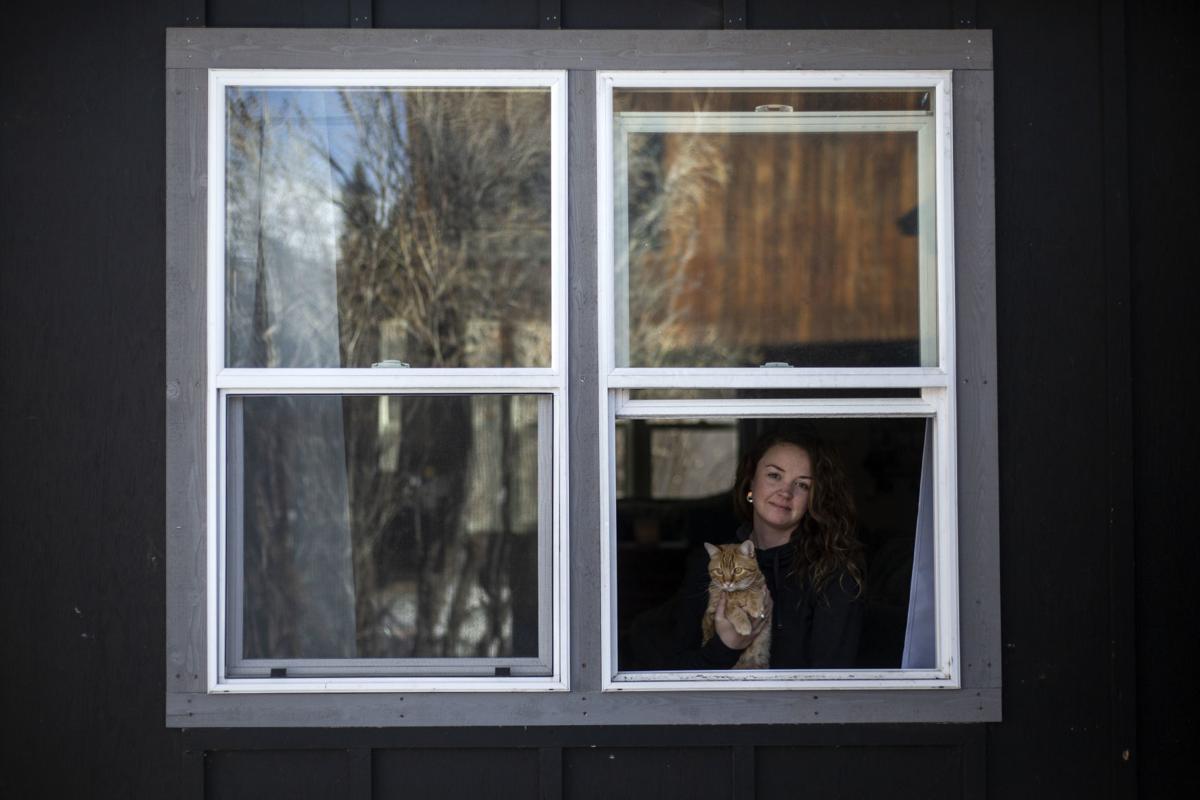 Lorraine Adams and her cat, Martin, at home Monday afternoon in east Jackson. Adams, a part-time medical assistant at Emerg-A-Care, has been at home under a state-mandated quarantine since testing positive for COVID-19 on March 25. 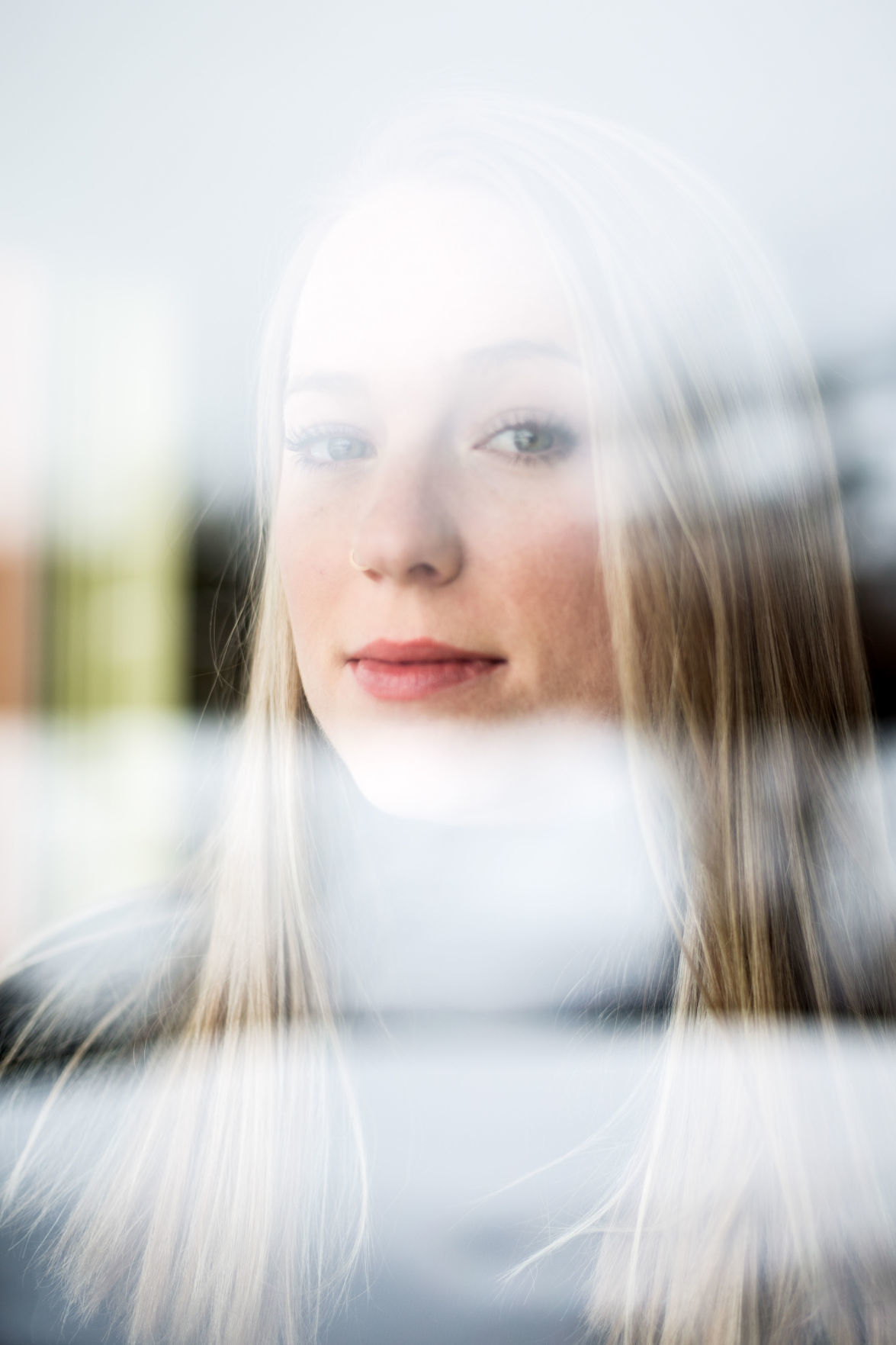 Jameson Mitchell began quarantining March 16, 10 days before a positive test result confirmed she had COVID-19. She lost her senses of smell and taste on March 19 and experienced fairly mild symptoms overall.

Lorraine Adams didn’t suspect she had COVID-19 until she read that a symptom of the disease is losing your sense of taste and smell.

That’s been an indication for many young and otherwise healthy Jackson Hole residents.

Adams, 26, is one of several Teton County residents interviewed by the News&Guide this week who tested positive for coronavirus but had hardly any symptoms.

“I never had a fever or cough,” Jackson native Mitchell said, “but I did experience some fatigue, sinus congestion and anosmia. At first I thought I had lost my touch in the kitchen but it became clear that this was something more when I could no longer taste my coffee.”

Mitchell, a medical scribe in the St. John’s Cardiology Department, has fully recovered and is back seeing patients virtually while Adams and Haynam are still monitoring their symptoms in self-isolation.

Like Mitchell and Adams, Haynam tested his senses by trying to smell coffee grounds.

“I had zero sensory recognition of smelling anything,” Haynam said. “It really freaked me out.”

Haynam lives in Moose on his family’s homestead and for the most part works from home, so he doesn’t see many people on a day-to-day basis.

He was watching a video titled “My Coronavirus Story” by YouTuber Dan Mace when he realized that he shared a symptom with the South African filmmaker.

After a Zoom meeting with a doctor, Haynam met a health care worker at the end of his quarter-mile snowed-in road, where his throat was swabbed to send back to the lab.

He found out Sunday he tested positive.

“I’ve been alone ever since then,” he said.

Haynam has tested his olfactory abilities every day since the diagnosis. He’s tried sniffing garlic, coffee and bug spray to no avail. But aside from the loss of smell and some light stuffiness, he has no other symptoms.

Adams, a medical assistant at Emerg-A-Care, tested positive on March 25, two days after she was swabbed at work.

She’s in quarantine at her Jackson house, where friends are dropping off her groceries. An order from the Wyoming Department of Health said she has to stay quarantined until April 6.

“I just feel blessed to have a mild case,” Adams said.

Adams has since recovered her senses, but when she realized she had COVID-19 she went through a range of emotions.

“As it sank in I had that nervousness of, ‘I have this and what is it going to look like for me? Are these my only symptoms or just my first symptoms?’” Adams said. “It is scary. It’s a virus we know very little about. We don’t have vaccines at this point, and that is scary.”

Adams said her coworkers at Emerg-A-Care were all tested the day after her diagnosis but the tests came back negative.

Emerg-A-Care has been testing patients via a private lab in order to ramp up community testing efforts. Adams hasn’t been there since she had her test done on March 16.

She’s been home trying to rest and drink a lot of water. Aside from the unknowns of having COVID-19 she has felt an overwhelming amount of support from her friends and family, mostly in the form of texts, phone calls and food.

“I had a big grocery delivery from my best friend,” she said. “The following day a good friend brought my favorite kind of candy by. My uncle from Chicago sent deep dish pizza. People have been so kind.”

Adams shared her diagnosis with her Facebook friends, where she thought reaching a younger audience might help people her age pause and realize they aren’t immune.

“I know many of you have made even bigger cutbacks to your social circles and plans outside the house,” she wrote in her post, “but if you haven’t, I’ll tell you right now it’s easier to tell your friends and family ‘no thanks’ than it is to tell them you exposed them to this global pandemic we know so little about.”

Adams said having to call friends she had been in contact with before learning she had coronavirus was akin to college antics.

“These calls feel like you’re back in college with an STD having to call everyone you slept with,” Adams said. “Except you actually could have given the STD to everyone you were even in a room with, and that’s a lot of tough phone calls.”

Adams’ Facebook post has been shared more than 100 times by friends and strangers who are applauding her honesty.

Mitchell said she’s also experienced an outpouring of positivity from loved ones.

“My friends and family have been extraordinarily supportive,” Mitchell said. “Friends from all over have been checking in on me and offering love, humor and support, albeit through a screen.”

Mitchell’s condition never became worse and she was formally released from quarantine by the department of health on March 27 after being isolated since March 16.

“I was nervous to see if my condition would deteriorate or improve. Thankfully, it was the latter,” she said. “I’m happy to say I am again the proud owner of all five senses and food has never tasted so good.”

Mitchell was tested on March 24 at the COVID-19 test tent at St. John’s.

“I parked my car in the designated spot, turned off my engine and waited for the nurses in full PPE [personal protective equipment] to come to my window,” she said. “The test itself is a nasopharyngeal swab, essentially a long Q-Tip that they put up your nostril. It’s the same type of sample collection used for the common flu. It doesn’t hurt, but is a bit uncomfortable. I never left my car and the whole process took five minutes.”

She was symptom free by the time her positive test came back two days later.

“A registered nurse/epidemiologist from the Wyoming Department of Health called me to discuss my symptoms and conduct a thorough social tracing,” Mitchell said. “Much to my relief, she informed me that because of my quarantine and symptom timeline it was highly unlikely that I had exposed anyone. She sent me an isolation order release, which I fully intend to frame.”

Mitchell starts medical school this summer. She said — after recovering from coronavirus — she hopes those who can stay home do.

“We need to take physical distancing seriously in order to preserve the health of our most vulnerable community members,” she said. “While some cases, like mine, may be very mild, insufficient isolation can lead to community spread. The best way for us to take care of ourselves, our loved ones and our community during this pandemic is to stay home and adhere to local and national recommendations.”

“It could happen to anyone,” Adams said. “The quarantining is hard but at the end of the day if it feels like it was for nothing that means we did it right.”

— Gabe Allen contributed to this story.

It would have been nice to know how they think they contracted it.

Finally!!! A story that lets everyone know that the virus is not a death sentence. All the media concentrates on is the negative side. This is a great story to ease minds and stress to people to keep your distance and change your lifestyle for a month or two.

Yes it’s good to know that healthy people can get through this very easily. But it’s also important to realize that well individual carriers may be healthy and we now know that up to 25% of people have almost no symptoms, they can nonetheless transmitted to older people with those with pre-existing conditions and those are the ones they can develop complications including death