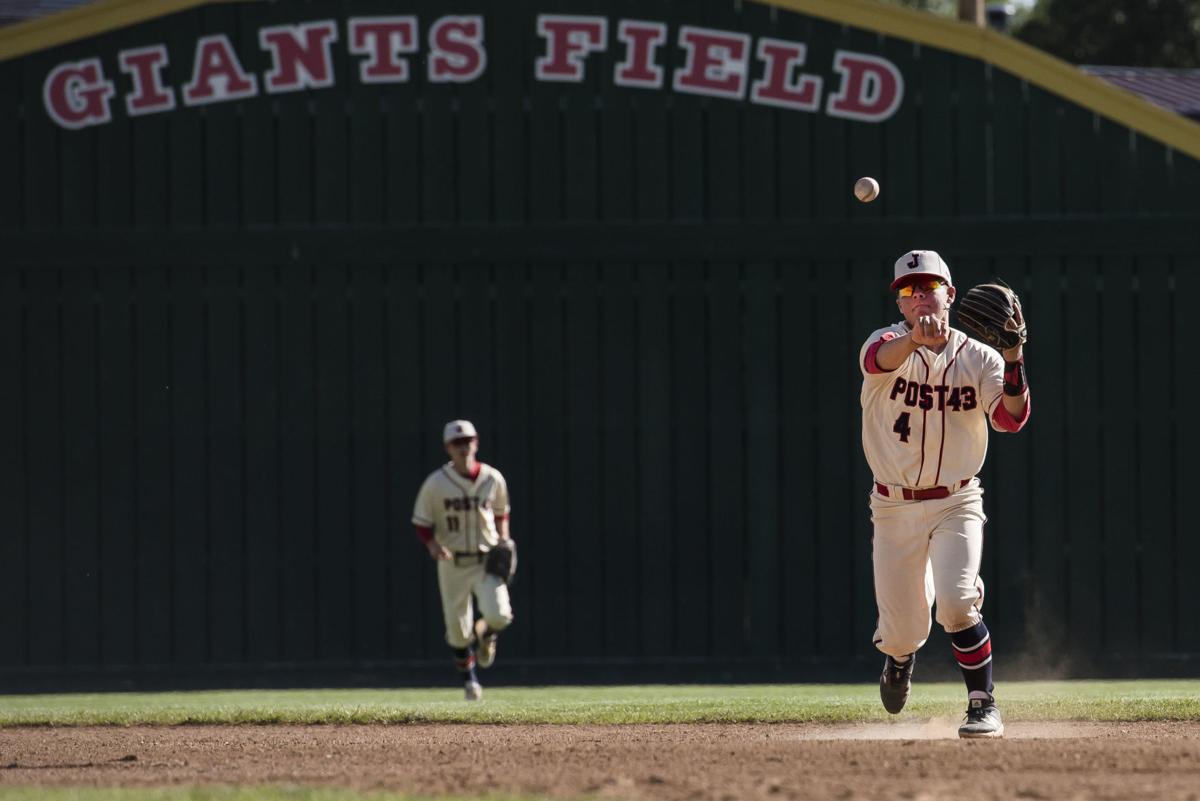 Jackson’s Parker Bleggi (4) throws the ball to first base during a game last season. 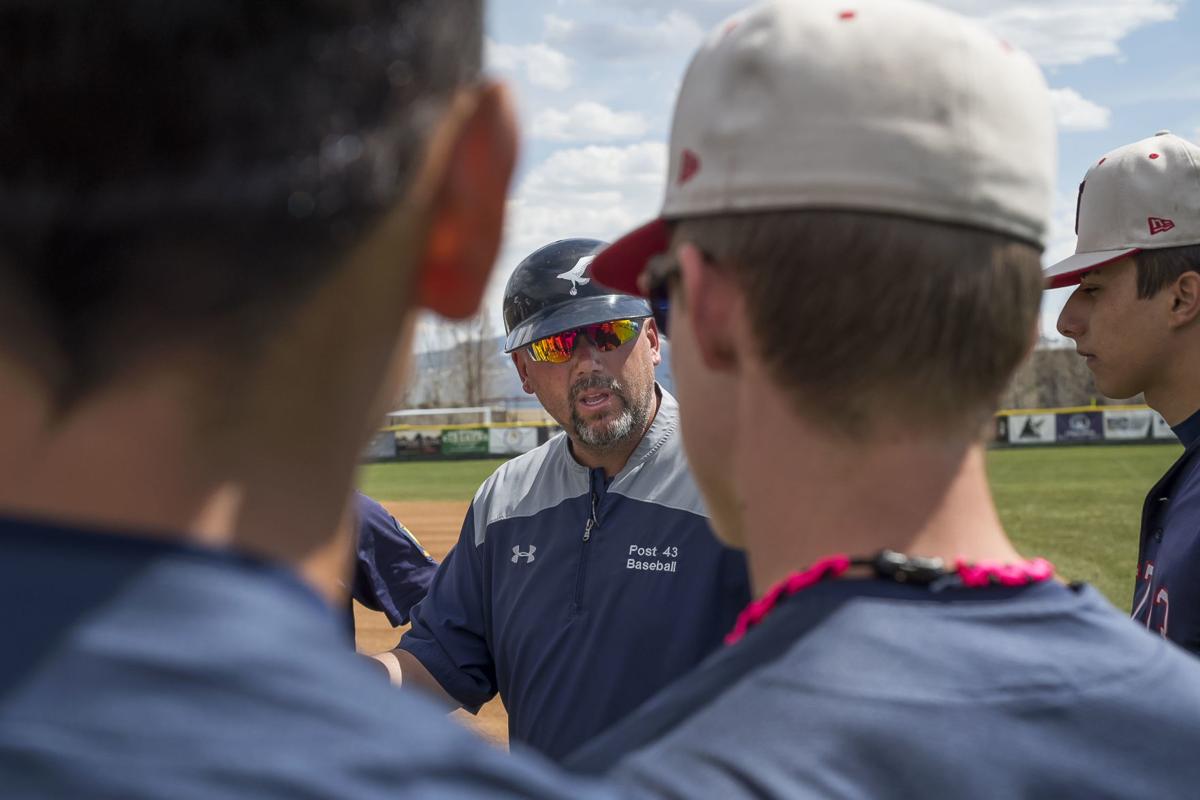 Jackson Giants head coach Jason Huggins huddles with his team last year. Even though a summer schedule isn’t yet set in stone, Huggins said he’s excited to be back on the diamond with his guys. “Just to be outside, yeah, you have no idea how much that means to me.”

Jackson’s Parker Bleggi (4) throws the ball to first base during a game last season.

Jackson Giants head coach Jason Huggins huddles with his team last year. Even though a summer schedule isn’t yet set in stone, Huggins said he’s excited to be back on the diamond with his guys. “Just to be outside, yeah, you have no idea how much that means to me.”

In a way, it looks like baseball is back.

But even though baseball might be able to boast itself as the most naturally socially distant sport, with large swaths of grass between players and the next one on the diamond, practices won’t look quite the same.

State Legion baseball Chairman Cody Beers released a letter in the wake of Gordon’s decision outlining the protocol for baseball’s return in the Equality State. It’s a promising sign, but for the time being the Jackson Post 43 Giants will not get in any full-team practices or bonding experiences while the COVID-19 pandemic persists.

Practices will be limited to eight players and one coach. Jackson manager Jason Huggins, who will not hold his first practice until today, said plans are in place to keep the groups of eight separated. The first group will practice for an hour and 20 minutes, with a 15-minute gap before the next group of eight comes onto the field.

The plan laid out by Beers further details how practices across the state will operate, with a requirement that different entrances and exits to the field exist for the groups of players. Players will stay 6 feet apart; there will be no team water jugs and no sunflower seeds.

It’s a long list of precautions, but one that likely has coaches and players across the state as optimistic as Huggins is.

“We can do this in a safe way,” he said. “I totally feel confident in that.”

Those guidelines do not offer the possibility of live games or scrimmages for the time being, though there is hope that Gordon may further ease restrictions later this month. In his letter Beers lays out a plan for game day if groups of 50 or fewer are allowed to congregate.

Counties can ask the state for variances to impose stricter or looser orders, so the size of allowed gatherings could vary across the state. In his letter Beers wrote, “Teams will follow any county health orders issued in their home counties.”

If contests commence, bleachers will be closed, with only local media allowed to attend. If the layout of fields allows for spectators to watch from a “hill or behind the outfield fence,” that would be allowed, though without any intermingling of players and spectators.

The season itself will look much different from years past, with no regional or World Series tournaments to be played. The decision to play baseball was left to the state organizations themselves, with state championship tournaments the furthest legion programs will be allowed to go.

Beers told the News&Guide in April that the tentative plan is to hold the state tournament Aug. 5-9 in Laramie.

“It’s not a lot, but it’s something,” Huggins said. “If we do this right, in a couple weeks if (Gordon) says we’re going to go to 50 (people) or even 30, then we’re able to do something a little bit different.”

The Giants came up one game short of claiming the state championship a year ago, falling in the final to Casper, 5-0. It was the farthest run in AA baseball since moving up to the classification in 2013. The Giants finished the 2019 campaign with a 36-22-2 record.