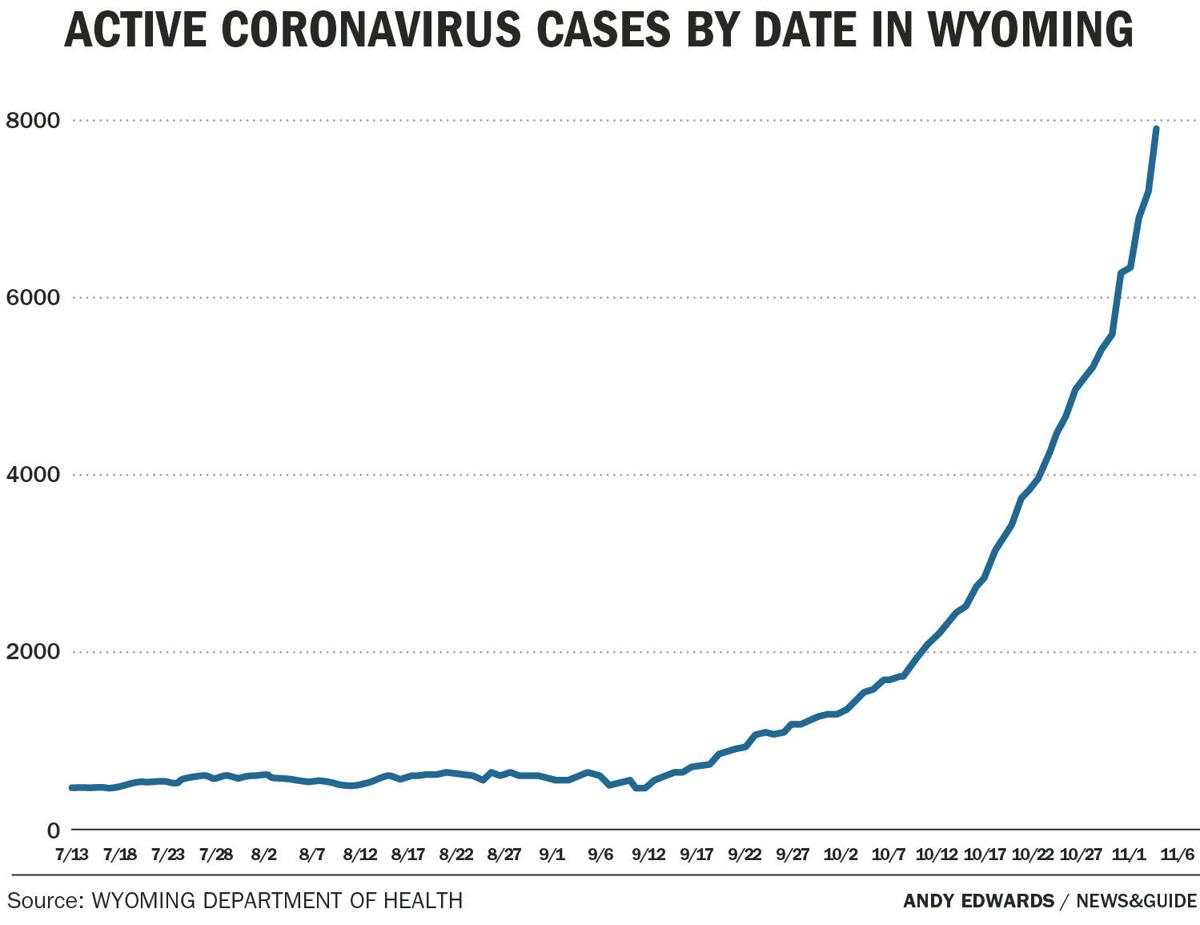 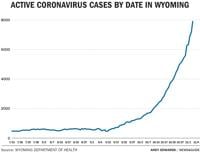 This chart shows how contact tracing helped the Teton County Health Department find close contacts of people who tested positive for COVID-19. New state guidance and an overwhelming case load led the state to halt its contact tracing program, but the county health department has gotten approval to continue its program.

This chart shows how contact tracing helped the Teton County Health Department find close contacts of people who tested positive for COVID-19. New state guidance and an overwhelming case load led the state to halt its contact tracing program, but the county health department has gotten approval to continue its program.

Hope flickered out at 9 p.m. Friday.

That’s when contact tracers had to stop making calls due to the late hour. The Teton County team still had 20 people, all positive for COVID-19, who it needed to reach to issue isolation orders and conduct case investigations.

“We were very hopeful up until about 9 on Friday,” Teton County Director of Health Jodie Pond said Monday.

The reality of the overwhelming number of new cases sunk in Saturday, when instead of doing full investigations, staff started making truncated phone calls to, at a minimum, find out if COVID-positive people have contact with or work with vulnerable individuals in settings like health care or a nursing home.

“We are triaging,” Pond said.

Active infections spiked Sunday to a record high of 156. That compares with just 37 active cases reported Oct. 21 before the latest surge took off.

Up until last week the Teton County Health Department had performed full contact tracing investigations when a person tested positive for COVID-19 despite the crush of new cases. They start with case investigations, contacting infectious people and issuing self-isolation orders that compel them to stay home for 10 days or longer if their symptoms don’t resolve.

Case investigators also determine what other kinds of assistance people need. For instance, if someone is living in a crowded house, the department might help arrange a hotel room to minimize exposure for roommates or family members.

Investigators also procure a list of close contacts, which they give to contact tracers, who begin calling those people. However, as of Friday night, soaring cases in Teton County reached a point at which the department could no longer keep up.

“That’s been the change for us,” Pond said. “Our goal is to tamp it down again and be able to do full contact investigation and tracing and quarantine orders. Where it stands right this moment, we are unable to do that.”

The struggles come on the heels of the Wyoming Department of Health curtailing most of its contact tracing for the same reason. Spokeswoman Kim Deti said in an email Tuesday that the department wasn’t halting contact tracing but focusing “our resources on where they could have the most impact and that means following up with individuals who test positive.”

Wyoming’s recent explosion in cases precipitated the changes at both the state and local levels. The state hit a distressing milestone Tuesday, eclipsing 1,000 new cases in a single day for the first time with a record 1,232, according to state Health Department data.

Before being inundated, contact tracers were finding that people were contracting the virus from a variety of places, including gatherings, travel and spooky celebrations.

“We have seen cases related to Halloween gatherings, though the spike really started the end of [the] week before Halloween, when we were seeing consistently higher numbers,” public health coordinator Rachael Wheeler wrote in an email.

“We are just now in the window where infections are likely to show up in positive test results from Halloween exposures.”

Natrona, Albany and Laramie counties were hit the hardest Tuesday, while Teton County saw just 15 new cases. That number is likely good news to the teams at the local Health Department.

With 10 to 15 new cases each day the Health Department teams can “close the loop” on each one, Pond said. At 20 they’re stretched thin. At 30 to 40 — the number of cases being seen last week — they can’t keep up.

This is the first time Teton County has consistently seen caseloads that high, and officials said if that continues, the Health Department might no longer be able to keep a lid on things.

Throughout much of the summer Teton County’s contact tracing was part of why cases remained relatively low despite a busy summer tourism season (see related story on cover), health officials said. By finding people who might have been infected and isolating them, the Health Department kept the virus from spreading rapidly.

“It’s our way to try to get out in front of this,” he said. “When you lose the ability to do that, of course, that’s concerning. And that has the potential to lead to increased spread.”

The community got itself into this situation by intermingling without masks and in groups that included people from different households, officials said, but by that same token it could right the ship.

If people started heeding the recommendations to essentially limit their social circles to those inside their homes, case counts could come down.

That would give Pond and her staff the chance to start contact tracing again. Even if the state isn’t able to keep up on contact tracing, the local department received the authority to still issue quarantine orders to contacts, if it has the capacity.

If that happened it would make Pond feel a lot better about where things stand heading into ski season. Over the summer, tourists were able to spend most of their time outside, but winter poses new challenges for limiting viral spread.

“People come and they stay in a hotel, and they have to go to a restaurant and you know, they want to do some shopping and all those other things,” she said. “These numbers don’t bode well for people thinking this is a safe place to come right now.”

Public health officials like Pond and Riddell want the community to scale back most activities, at least for a couple of weeks. That means limited social circles, decreased trips to grocery stores and many of the other measures they have encouraged since the start of the pandemic.

Echoing Pond, Riddell said the community still has the chance to turn things around. He also pointed to neighboring states like Utah, where Gov. Gary Herbert recently approved a statewide mask order to curb rising cases, as evidence that more regulatory measures could be needed if the community can’t stem the tide.

Though he doesn’t necessarily want new restrictions or the reprisal of a stay-at-home order, Riddell said, that’s something that he thinks needs to remain on the table.

Rebecca Huntington contributed to this report.