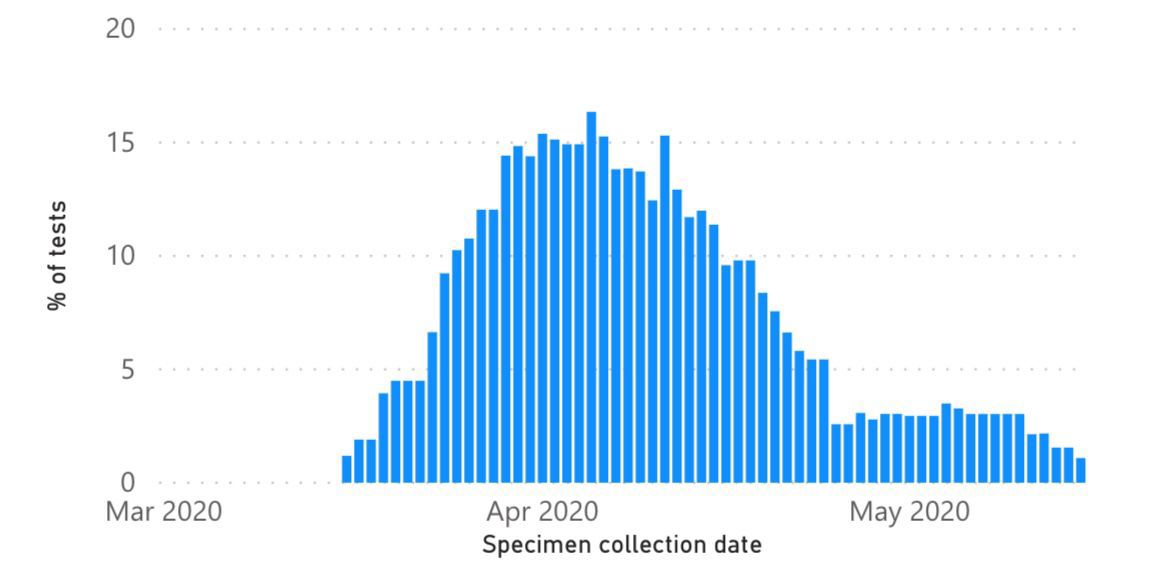 Positive results for the 99th and 100th cases were reported May 13 and May 16. They were the first two confirmed cases since May 3, after which the valley enjoyed a 10-day streak with no new positive tests.

The total number of COVID-19 cases in Teton County includes lab-confirmed tests and probable cases in people who developed symptoms of the illness after being in close contact with lab-confirmed cases.

Ninety-two of Teton County’s confirmed and probable cases have recovered. One man from Teton County has died from the illness caused by the novel coronavirus; a total of 10 people have died statewide due to the virus.

The decline began approximately 10 days after a March 30 countywide public health order that restricted people to having contact only with those who live in their own household, with some exceptions, and about three weeks after public health orders temporarily closed some types of businesses and restricted gathering size.

Those restrictions expired May 15.

The number of cases with an unknown source of infection — called “community spread” — has also decreased. About 46% of cases are currently considered community spread versus 53% in mid-March, according to Teton County Emergency Management’s COVID dashboard.