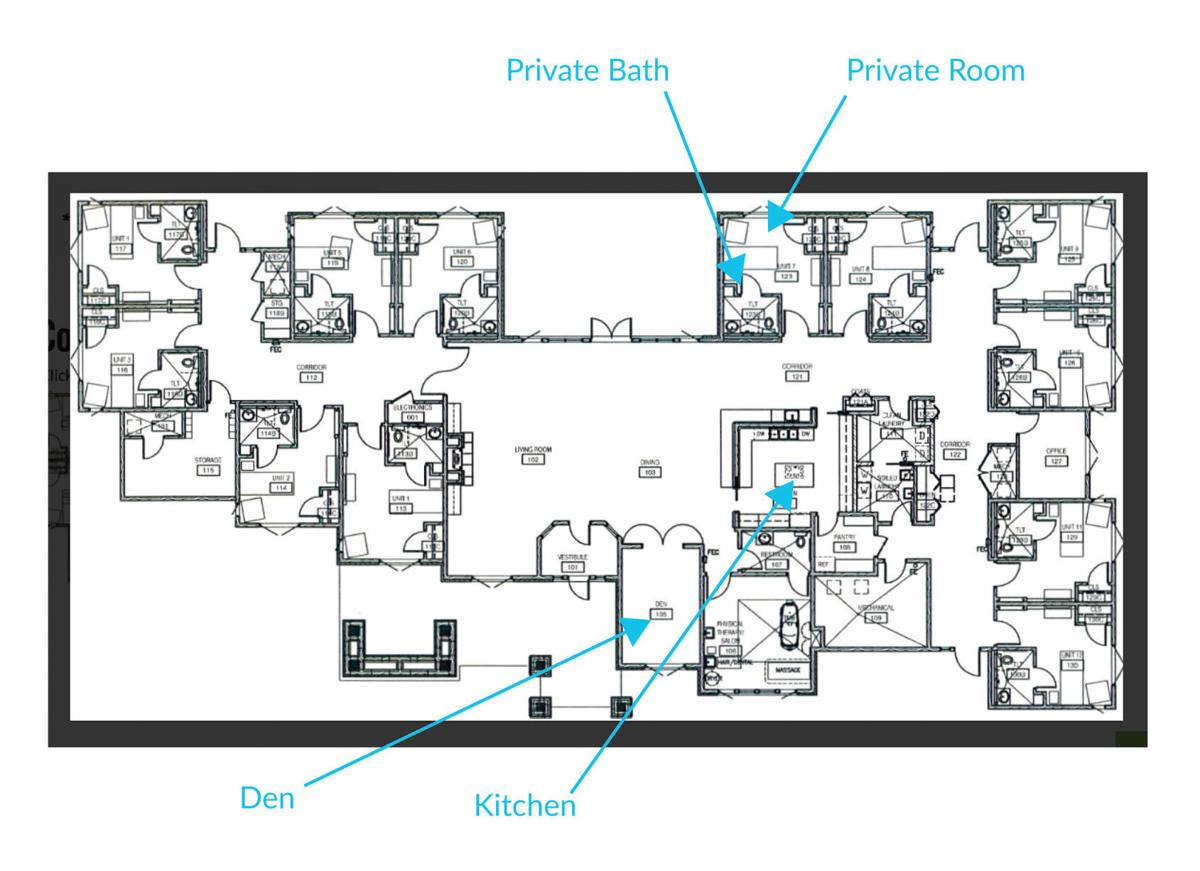 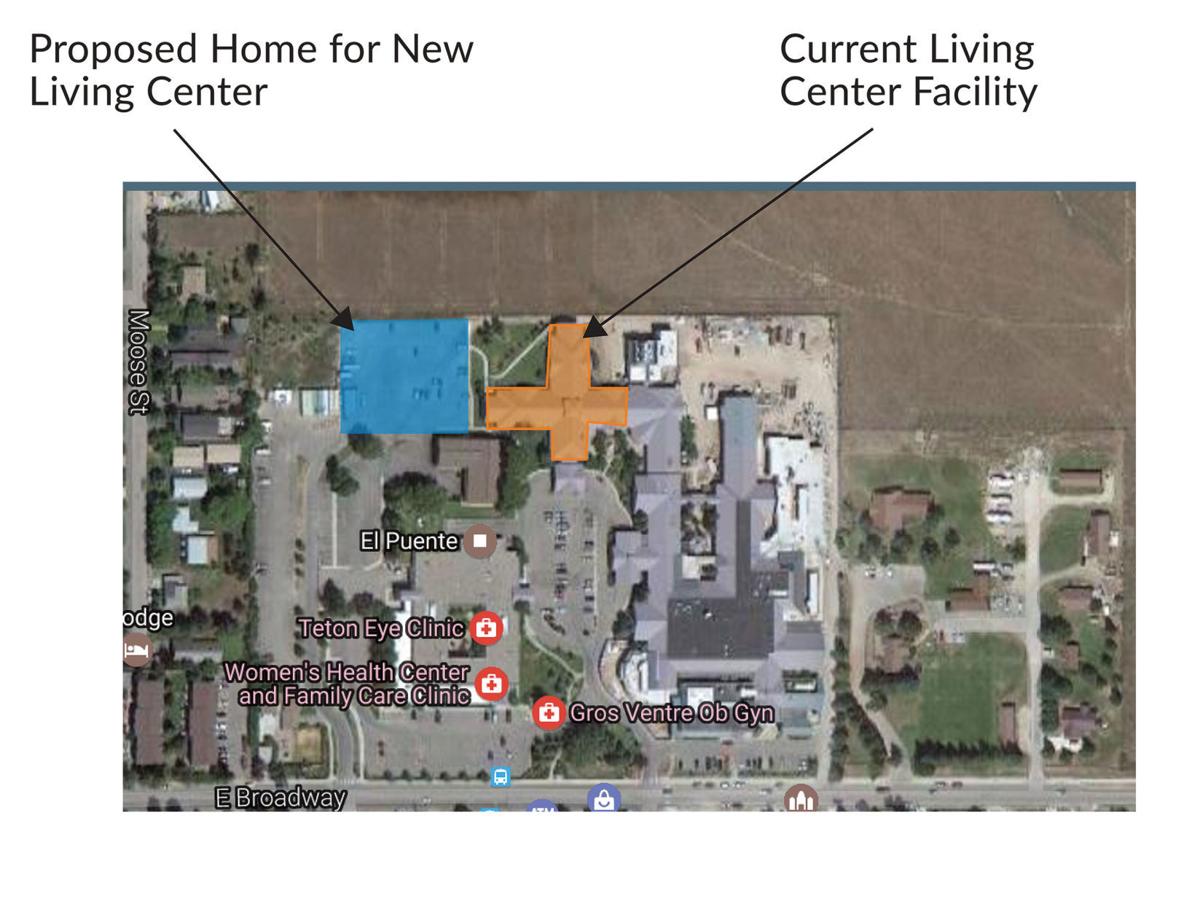 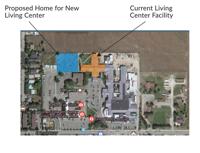 Who will design the senior Living Center for St. John’s Medical Center? Two firms are battling it out.

Anderson Mason Dale Architects, based in Denver, and d2 Architecture, of Dallas, are the top picks after the Sept. 11 interview sessions. The sessions included a handful of members of the public, something CEO Paul Beaupre is proud of, as well as members of the St. John’s Hospital Foundation and the hospital’s facilities committee, which includes staff and board members.

The new center will provide a variety of services, including long-term residential care, memory care, short-term rehabilitation and hospice care. The existing center, built in 1989, is modeled after a hospital, so residents share rooms and have little privacy. It isn’t equipped to offer memory care for patients with memory loss, dementia or Alzheimer’s.

Voters approved $17 million in specific purpose excise tax funds for the Living Center. The Hospital Foundation must raise $9 million to cover half the remaining costs. Another $9 million will come from the hospital’s capital project budget. The total project cost is estimated to be $35 million.

“What really impressed me about d2 is that’s all they do,” he said. ‘They don’t design anything but senior living.”

Representatives from d2, Beaupre said, had questions on how the hospital plans to calculate the right number of beds for nursing, memory care and acute rehab. That impressed him.

“They demonstrated that they have some expertise in that area as well,” Beaupre said. “It really felt like a partnership with them right away. It gave everyone in the room, not just the board and the facilities committee, a real sense of security with that.”

Firms will remain on budget

Beaupre said he was also impressed by Anderson Mason Dale.

“They do a lot of this [senior living], and they’ve also done previous work in Jackson, like the high school,” he said. “They demonstrated nicely that they have the ability to build in cold conditions and everything like that. They really impressed the entire room with their desire to do the building.”

Their excitement, he said, was contagious.

“They talked a lot about the way the property abuts the Elk Refuge, that they could really do a design that would bring in the healing powers of nature,” Beaupre said. “That impressed the group as well.”

Beaupre is confident both firms will remain on budget if selected, something that is especially important because of the involvement of SPET funds. There were no significant cost differences between Anderson Mason Dale and d2.

“Both of these firms were very confident,” he said. “They said, ‘We can bring this in on budget. We can build a beautiful facility that meets your needs and be on budget.’”

Usually architects are paid a percentage of the total project cost, with materials and time as key expenses. To ensure the Living Center meets its budget, Beaupre said, he has asked if the firms would work on an hourly basis. That’s being negotiated.

“I have a comfort level that we are at $35 million,” he said. “When you look at all the projects they have done and the cost per square foot, we are well in the range to be able to pull this off. The projects are gorgeous projects. I am no longer worried about that.”

Beaupre said additional thought needs to be given to how the firms will interact with the Wyoming Department of Public Health.

“We do want to investigate a little more thoroughly how the firms will establish a relationship,” Beaupre said.

There are many regulations involved in building a senior living center. The department’s inspection determines whether the facility is safe to be used for those purposes.

“They really drive this at the end of the day,” Beaupre said. “It’s really important to us that we don’t get into a situation with us where we are at odds with the Department of Health.”

The next steps include reference checks and another round of questioning, which will be open to the public. While a date has not been set, Beaupre surmised it will be a four-hour session with two hours for each firm.

He hopes to select a firm “by the end of October” but isn’t shy about starting from scratch again if people aren’t satisfied with the next round of questioning,

“If for some reason we get something funny with both groups, we are not beyond going back to the drawing board on this,” Beaupre said.