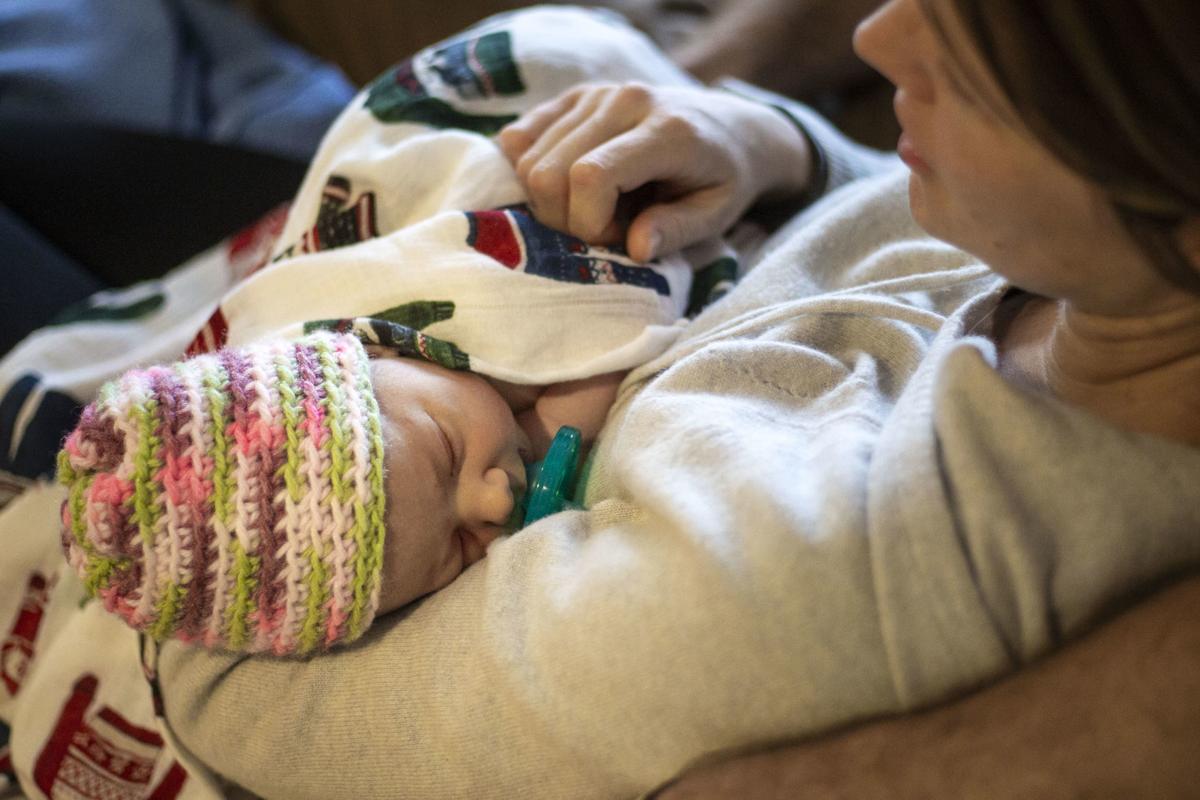 Grace Peck holds Parke Mary Fariss, who came into the world at 4:27 a.m. Jan. 1. Parke was the first baby of the new year born in Teton County. Peck and her husband, Jason Fariss, also have a 2 1/2-year-old son named Henry. 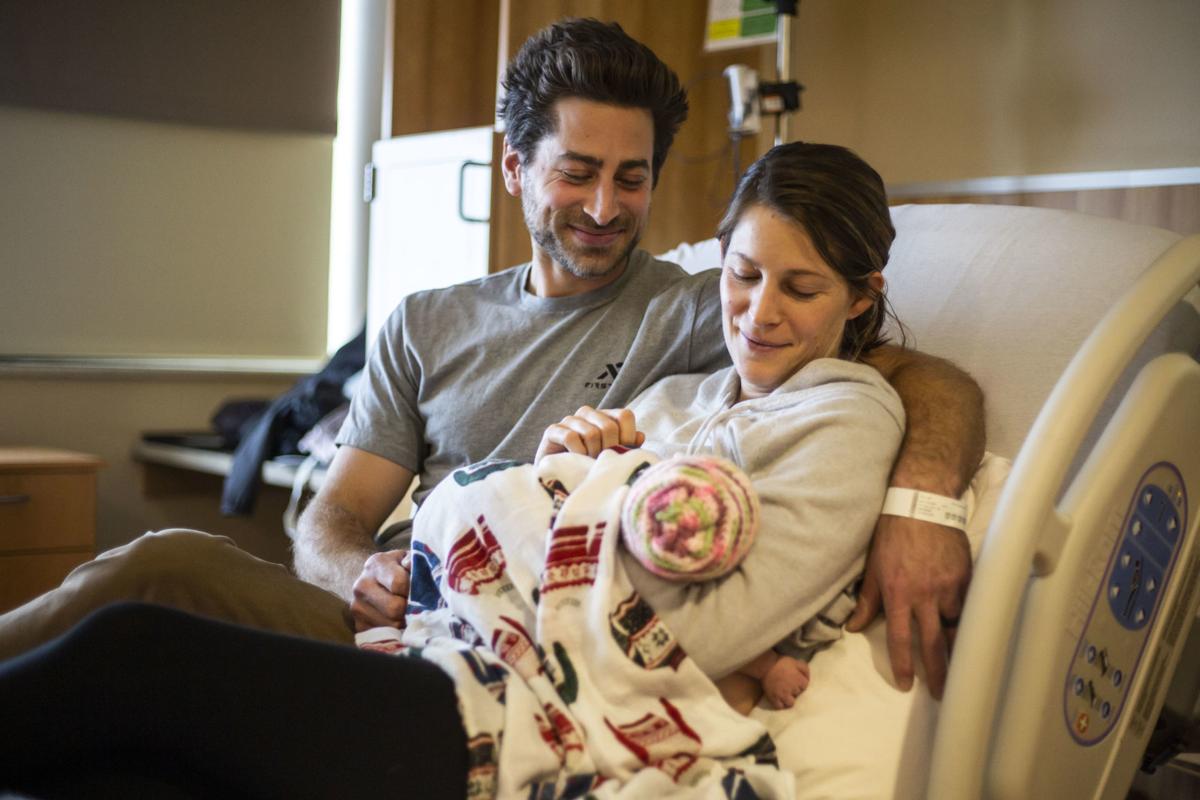 Grace Peck and Jason Fariss welcomed their second child, a girl named Parke Mary Fariss, at 4:27 a.m. on January 1. Parke was the first baby of the new year born in Teton County.

Grace Peck holds Parke Mary Fariss, who came into the world at 4:27 a.m. Jan. 1. Parke was the first baby of the new year born in Teton County. Peck and her husband, Jason Fariss, also have a 2 1/2-year-old son named Henry.

Grace Peck and Jason Fariss welcomed their second child, a girl named Parke Mary Fariss, at 4:27 a.m. on January 1. Parke was the first baby of the new year born in Teton County.

The newest member of Grace Peck’s family wasted no time coming into the world.

Peck expected her second baby to be delivered sometime around New Year’s Day. Friends told her she could have the first baby of the New Year, especially as New Year’s Eve approached and the child hadn’t been born.

But Peck went about her business like Dec. 31 was any other day. She and her husband, Jason Fariss, went to work. She went to the bank. A friend came over for a taco dinner.

“We went to sleep early,” Peck said, “but I woke up and knew she was coming. We drove through the square at 11:45. We saw people going to the bars.”

They arrived at St. John’s Health around midnight, just as the year turned over. A few hours later, at 4:27 a.m., Parke Mary Fariss was born, coming in at 21 inches and 8 pounds, 4 ounces. When reached by the News&Guide on Monday, Peck was at home with both her children, enjoying some downtime while the older one, Henry, napped.

Since Parke was born, her 2 1/2-year-old brother has yo-yoed between emotions. On Sunday, Peck said, he wanted to hold her hand and read her books. But other moments haven’t been quite as easy.

“He’s definitely scared of her when she cries,” Peck said.

Peck is enjoying her time with the kids, but a full spate of maternity leave isn’t in the cards. She owns Roam, a downtown boutique, and though she’ll spend less time than usual at the shop in the next few weeks, being a small-business owner always requires some hands-on attention. Fariss already went back to his job as a brewer at Snake River Brewing, but he does receive some paternity leave, which Peck said they plan to space out with their family that is planning to visit.

Peck and Fariss are the type of parents who want their children’s names to have significance, not in a heavy-handed way, but in a manner that honors their families. Henry is a family name, as are his sister’s first and middle names.

Mary is Fariss’ grandmother’s name, and Parke comes from Peck’s great-grandmother, who studied physics “back when women didn’t study physics.”

“She was a really cool lady,” Peck said.

Going from raising a semi-independent toddler back to having a newborn in the house is a bit of a shock. Suddenly Peck and Fariss have their hands full, but they love the growth of their family, even if it does mean they are busier.

“I forget how full your arms are when you have a baby,” Peck said.

Henry, for his part, is adjusting to brotherhood, and the other members of Peck’s family are taking it in stride. She and Fariss have two dogs and three cats, who “were their children before Henry was born.”

When Henry was born the dogs spent a lot of time sniffing him, trying to figure out what the tiny, swaddled bundle was. But this time the animals have shown little interest in Parke, except one of their mutts, Olive, keeps trying to lick the baby’s face.

“Of course, we’re not letting her do that,” Peck said.