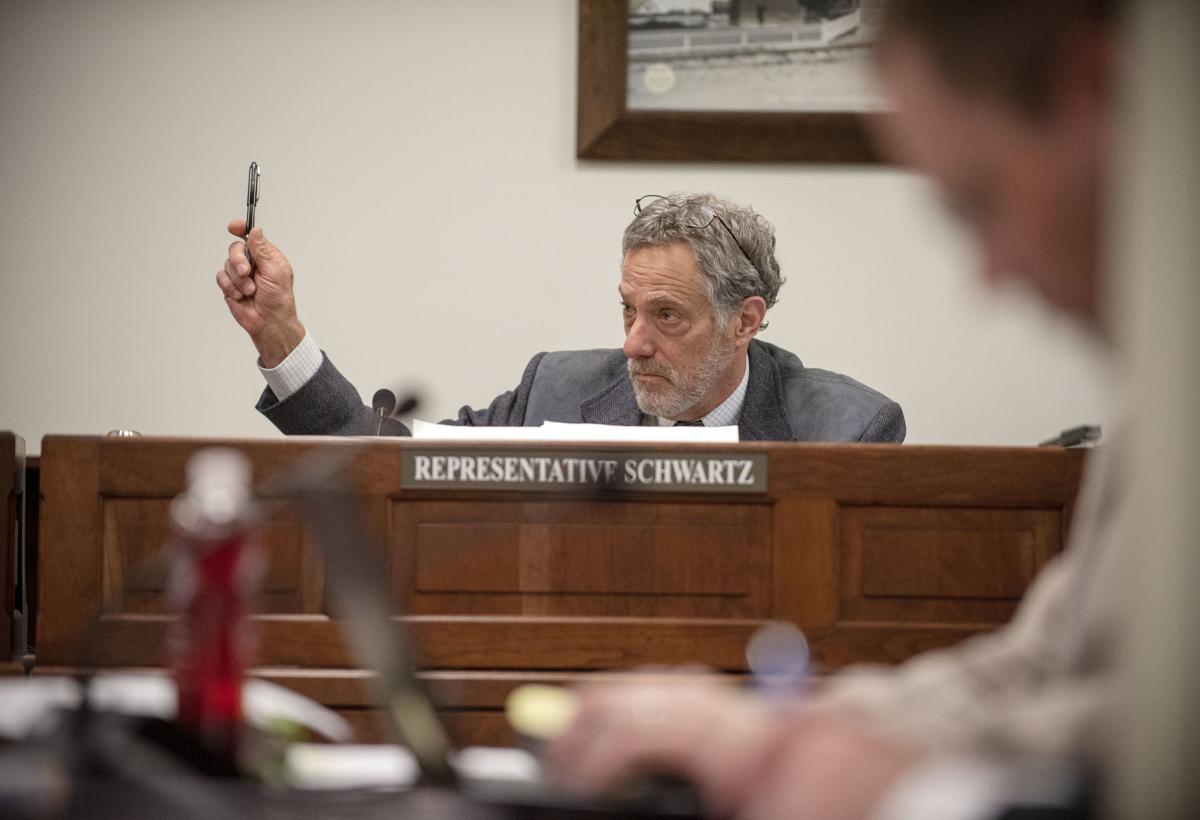 Rep. Andy Schwartz, D-Teton and Rep. Mike Yin, D-Jackson, both agreed to table income tax bills for discussion in the interim session between the 2021 and 2022 legislature. Some Teton County residents’ prodigious wealth loomed large over the conversation.

The prodigious wealth of some Teton County residents loomed large this week as the House Revenue Committee considered legislation to levy a state income tax.

Neither is likely to pass before the Wyoming Legislature wraps up its business for the year. Yin and Schwartz agreed Thursday to have their proposals heard as interim topics between the 2021 and 2022 legislative sessions.

Both bills proposed levying a 4% income tax. But Yin’s legislation was more of a catchall. It would have excluded business income, but levied a tax on Wyomingites’ “wages, salary or other income,” including investment income.

His House Bill 182 was expected to generate roughly $337 million for the state’s schools, with roughly a third of the total revenue coming from people who make more than $1 million a year.

Schwartz’s “unearned income” tax, House Bill 138, was a more modest proposal. It was written to impact only those taxpayers who make over $200,000 annually in income from interest, dividends and capital gains. The bill was expected to generate an annual $58 million that also would be earmarked for schools.

But under Article 15, Section 18, of the Wyoming Constitution, taxpayers are able to claim a credit against income taxes based on the amount of sales, use and ad valorem taxes paid in a given year to reduce the amount of income tax they would owe if either bill passed.

Schwartz said the constitutional provision would, in effect, keep his “unearned income” tax bill from kicking in until someone makes more than $1 million annually in investment income.

The chairman of the Revenue Committee, Rep. Steve Harshman, R-Natrona, asked Schwartz whether the unearned income tax would “apply to my mom on Social Security for a few little dividends.”

Schwartz said no, “barring the fact that your mom has a whole lot of stocks, or otherwise that she is getting capital gains.”

The Teton County legislator went on to say that there are only 2,000 people who make over $1 million in “unearned income” annually in Wyoming, 60% of them in Teton County.

“It’s an interesting thing for a representative to do,” Schwartz said, “tax his own district, but that’s another conversation.”

Bringing home more than a quarter of a million dollars a year may not reflect the reality for many working people in Jackson Hole, but Teton County’s per capita income is in part a result of the area being a tax haven — Wyoming levies no income tax — as well as being one of America’s most beautiful regions, and because of some residents’ concentrated stream of money from shareholder dividends, loan interest and rent income.

One of the reasons Schwartz wanted to table House Bill 138 was because it didn’t address residency. That issue could be complicated in Teton County, which has a large number of second-home owners.

“The question becomes,” Schwartz said, “if they pay taxes in other states on this, how do you proportionally determine what they owe in Wyoming?”

Yin noted that the constitutional provision would create somewhat of a U-shape in terms of personal income tax liability under House Bill 182. The people who would pay the most after tax credits would be at the lower and upper ends of the economic spectrum — those who make between $25,000 and $50,000 on lower end, and those who make over $500,000 on the upper end.

“If the committee ever moved forward on what has been described as a sin — to come forward with an income tax,” Yin suggested that it exempt people who make less than $100,000 or $200,000 annually from tax liability.

If people who bring in less than $100,000 a year are exempted, only about 30% of Jackson Hole taxpayers would have paid a state income tax, per 2018 Internal Revenue Service data.

Questioned by another legislator about whether he would prefer his personal income tax measure or Schwartz’s unearned income tax bill, Yin tentatively said he would be open to the latter.

“I think I would start with Rep. Schwartz’s concept,” Yin said. “If that diversifies our tax base enough to have a sustainable future for the state of Wyoming, I think that’s perfectly fine.”

The government has an insatiable appetite for our money. Don't let them have it.