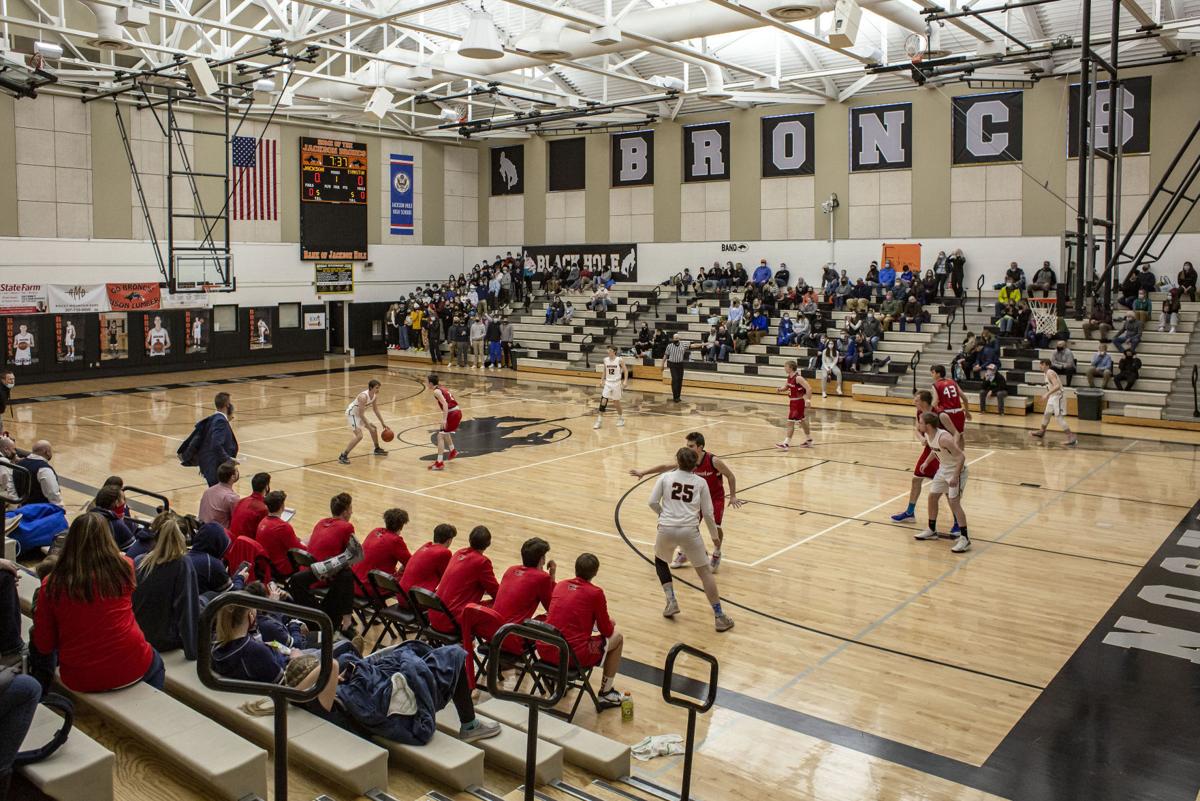 A legislative bill is in the works that would eliminate gun-free zones, which currently include schools and government board meetings.

A proposed bill in the Wyoming legislature would eliminate would allow the public to carry firearms into county commissioner and town council meetings, which are currently among the “gun free zones.”

Wyoming lawmakers will consider a new law allowing people with concealed carry permits to take guns into areas where firearms were previously prohibited, such as schools and legislative meetings.

House Bill 117 and Senate File 67 would repeal gun-free zones in government meetings, public schools, public university buildings and professional athletic events. Only those with state-issued concealed carry permits would be legally allowed to carry guns in those areas.

When Bob Culver of the Jackson Hole Tea Party heard about the bill, he questioned whether those operating under constitutional carry would be affected.

“It raises some sticky issues,” Culver said. “It’s not a simple thing. The laws are a little convoluted.”

Under the proposed bill, school districts would still be able to regulate their employees’ possession of firearms on school property. Granting employees concealed carry rights would require a vote by a school district’s board of trustees. Additionally, students would not be allowed to carry guns into schools because anyone younger than 21 is not eligible for a concealed carry permit.

“Staff and visitors would bring weapons into a school,” Chapman told the News&Guide in an email. “Accidents occur, weapons could be left behind in restrooms, or forgotten about in a classroom.”

Chapman also would not recommend allowing school employees to carry firearms at work.

“There is no reason to have a weapon inside a school,” she wrote, and “guns should be left at home” as a matter of safety.

In contrast, Sen. John Kolb, R-Sweetwater, a co-sponsor of the Senate file, said he supports the bill because he believes the presence of law-abiding citizens with guns would increase safety in schools. Currently, schools are de facto “victim zones” rather than gun-free zones, Kolb said, because those intending to harm a school would ignore the gun-free zones while those who follow the law are left defenseless.

“We’ve got great law officers, but they’re just not everywhere,” Kolb said. “They can’t be. Inherently it seems very wrong to take away the people’s rights to protect themselves and their children.”

Kolb does not expect the statute to bring a flood of guns into schools. School resource officers and law enforcement would still be present, he said, and students would still be forbidden to bring guns. Outside visitors cannot “just walk into a school,” he said, so weapon-carrying visitors should not present an issue.

“This just allows a bit more freedom to protect yourself and your loved ones,” Kolb said. “If things go awry, and unforeseen consequences happened, I’d be the first one to come in there and try to amend the statute.”

Researchers also don’t have a clear-cut answer. A 2016 academic paper in the European Economic Review found inconclusive results about the effect of concealed gun possession on crime. For decades the Centers for Disease Control and Prevention was blocked from researching gun violence — the CDC only just began funding studies regarding firearm injury prevention in September 2020 — and thus little evidence is available about the effectiveness of gun-free zones.

Local legislators are worried about the bill. Teton County Commissioner Mark Barron, a Republican, said he is “all for gun rights within reason” but does not “support carrying a weapon into civic meetings.”

Rep. Mike Yin, D-Teton, said such a bill might produce an “intimidating effect” on vulnerable members of the public who want to give testimony in front of elected representatives. Additionally he said the bill seemed to divert attention from discussing the education budget.

“I think [gun legislation] is being used to push the discussion away from the important issue of how we fund education and instead making the focus on how we put guns in schools,” Yin said.

Although the bill retains a private property owner’s right to restrict firearms, some high-profile properties fall in a gray zone.

St. John’s Health, for instance, is located on its own private property, but the hospital itself is a hospital district governed by an elected board. So Richelle Heldwein, the hospital’s chief risk and compliance officer, said she was unsure how the bill would affect St. John’s.

If the hospital were prohibited from enforcing its gun-free zone, the safety of the hospital environment could be jeopardized, she said. Safety is particularly concerning for St. John’s because the hospital does not have its own armed security guards and instead relies on police.

Currently, Wyoming recognizes concealed carry permits from 35 other states in the U.S. which also recognize Wyoming permits through reciprocity agreements.

According to the Wyoming Division of Criminal Investigation, there are currently over 30,000 valid permits issued in Wyoming. A report from the Crime Prevention Research Center, a nonprofit started by gun rights advocate and economist John Lott, revealed that the number of concealed handgun permits across the United States rose to almost 19.5 million as of 2020. The report also noted that outside of California and New York, about 9.2% of adults in the U.S. have a concealed handgun permit.

Thank You Victoria for delving into this topic - at leased as spurred on by the pending Wyoming law changes. As I said in our interview, and you quoted, the current laws on Concealed Carry are VERY convoluted. To study the issue start at - https://en.wikipedia.org/wiki/Concealed_carry_in_the_United_States -. To dig deeper into Constitutional Carry, currently active in 18 states, or "Permitless Carry" as it is called in Wyoming, try this site - https://en.wikipedia.org/wiki/Constitutional_carry.

Since this entire discussion is about removing restrictions on "Gun Free Zones" in Wyoming, we must look into that part of the issue. From the same source you cite, The Crime Prevention Research Center discusses this issue at - https://crimeresearch.org/2018/06/more-misleading-information-from-bloombergs-everytown-for-gun-safety-on-guns-analysis-of-recent-mass-shootings/ - and has some surprising data. About 94% of all mass shootings in the last 69 years have taken place in so called "Gun Free" zones. The effect of declared and posted "Gun Free Zones" may be to actually embolden or attract active mass shootings. The operative mechanism of the potential mass shooter may be "If the law abiding people in this zone have voluntarily disarmed themselves, it should be safer or me to attack them". There is a good reason that they are commonly referred to as Victim Disarmament Zones. Discussions with several shooters who survived such incidents disclosed that they actually AVOIDED areas (theaters, churches, etc.) marked with Gun Free signs and sought out "safer" areas to carry out their attack. Taking the mass shooter tactic another way, there are numerous examples where armed citizen defenders (CCW holders in Churches, etc.) have successfully stopped armed mass shootings.

It is notable that many of those speaking out on eliminating gun free zones use such qualifying language as "may" or "might" or "could" when speaking of increased hazards. The Superintendent, Gillian Chapman said, If schools are no longer designated as strict gun-free zones, the monitoring of permissible gun-carrying becomes “one more thing to manage and supervise”. What makes one think that the "Permissible" concealed carry persons would have to be "Managed and Supervised". Concealed carry means Concealed, Out of sight until needed and thus NOT needing prior supervision.

Victoria, As we discussed at the beginning, this is not a simple issue. It might argue for more uniform firearm rules across the states - but then that brings federal over watch into the situation and many more problems. If anyone has any questions just reach out to me.