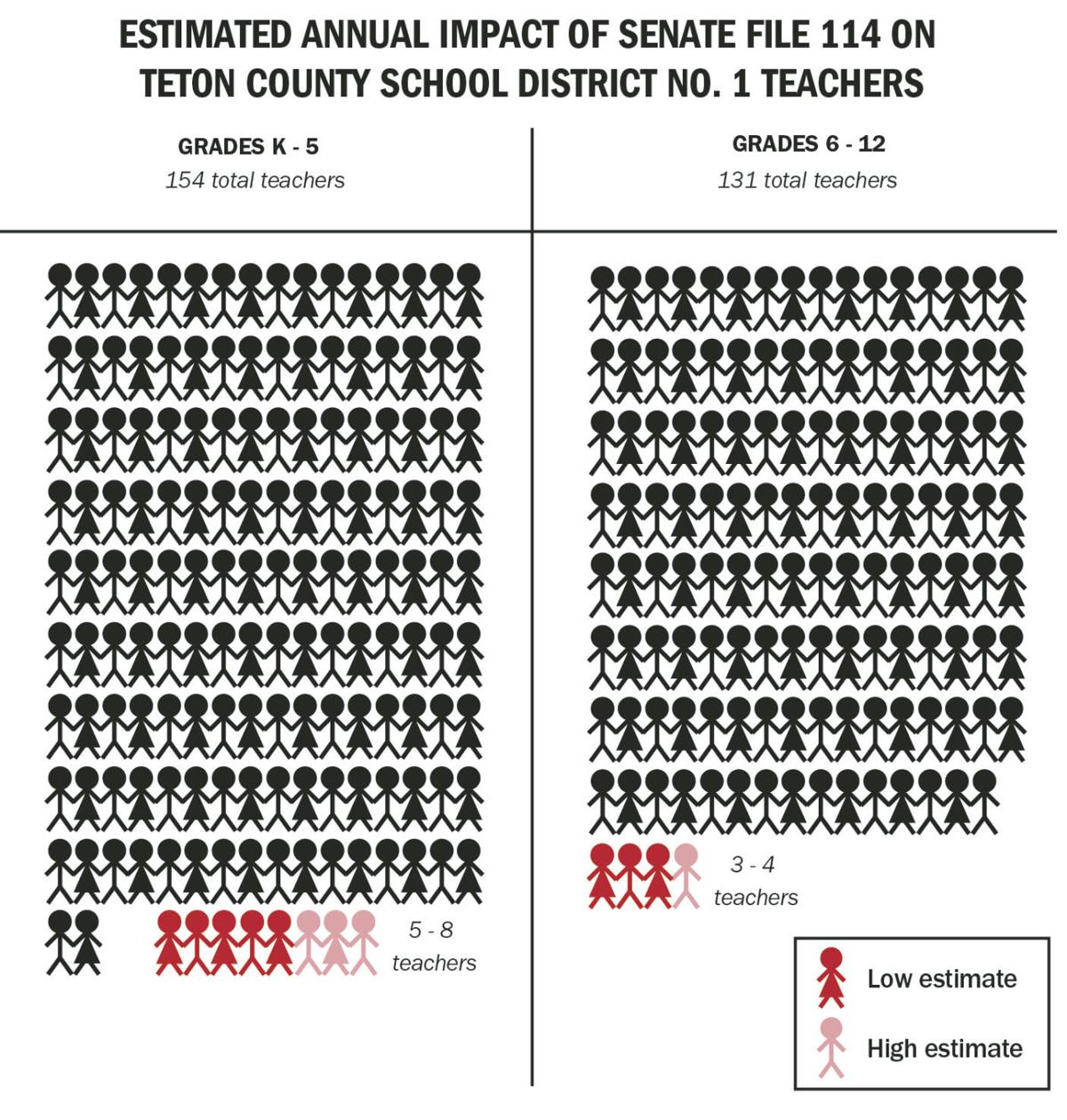 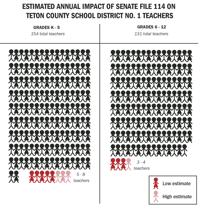 Who knows the community’s children best: Wyoming legislators or elected officials on the school district’s board of trustees?

“We have a school board that has been elected by the community to represent them,” Chapman said. “They know, with boots on the ground, what the needs are of our individual students and staff. For the Legislature to arbitrarily make assumptions about what to cut is inappropriate.”

Gov. Matt Mead has called funding for education in Wyoming a “crisis.’ Lawmakers are scrambling to tackle a projected $360 million shortfall in the state’s education budget for the two-year budget cycle that starts in 2019.

As talks of freezing or cutting transportation and special education funding, increasing class sizes and decreasing staff intensify in Cheyenne, Chapman is saying enough is enough and urging parents to contact politicians.

“When it becomes a reality that we could lose five to eight teachers or half of our instructional facilitators, I think it’s important for people to know that and start putting a name to the face,” Chapman said following a districtwide email.

A variety of bills have been introduced in the state Senate and House of Representatives. Senate File 114 is what prompted Chapman to act.

The ratio for kindergarten through fifth grades is now 16 students per teacher. By school year 2019-20 the ratio would be 19-to-1.

Chapman said that would require a reduction of five to eight teachers in grades K-5 as well as an unspecified reduction in the number of specialist teachers or specials — like intervention, art, music, PE, library, Spanish and computer — offered.

For grades six through 12 the current ratio is 21-to-1. Senate File 114 would increase it to 24-to-1 by 2019-20. That would require Jackson Hole Middle School, Jackson Hole High School and Summit High School to reduce staff, like elective, career and technical education and fine arts teachers — an estimated three to four positions annually.

That could limit the type of electives and higher-level classes, like Advanced Placement courses, the district could offer.

“The combined reductions of staff would devastate communities,” Chapman said. “Like most communities, Teton County School District is one of the largest employers. We often employ an entire family.”

She said such reductions would start a “domino effect” with “unintended consequences” across the community as highly skilled, educated people look elsewhere for work and take their families, who affect other industries, with them.

Also on the chopping block are instructional facilitators, who act as coaches for teachers. If the proposals became law, funding would be cut 45 percent, forcing the district to reduce the number of facilitators by half — another loss of four to five staffers.

Instructional facilitators tend to be tenured, so the district would need to find positions for them in other roles, potentially displacing younger staff members currently in those roles.

Other cuts detailed in the bill include reducing transportation expenditures by 20 percent over two years. That would result in consolidation of routes, longer bus rides for students, decreased field trips and travel for athletics. The bill would also cut special education costs by 10 percent.

Almost 10 percent of the district’s students receive long-term special education services. Many more receive short-term support from special education staffers, who would most likely need to be reduced. The remaining teachers would have increased caseloads.

Senate File 114 also suggests raising reading achievement goals — from 85 to 90 percent of all students reading at grade level by third grade. For school year 2015-16, one test shows that 69 percent of Teton County third-graders were proficient. Another says 57 percent scored proficient or advanced in the same year. The district’s goal is 100 percent of students at grade level for math and reading by the end of third grade in 2022.

While increasing state standards may seem beneficial, the combination of other parts of the bill would leave teachers with higher standards but more students.

“I don’t have a problem with high expectations,” Chapman said. “However, it’s very challenging to increase an already high proficiency rate and take away the support services to get it done.”

An idea to save $15 million starting in fiscal year 2018 is reducing the number of days teachers work from 185 to 180. That would eliminate five days of professional development.

“Meeting 100 percent of the expectations of our community and our state requires professional development,” Chapman said. “We want our teachers to be highly skilled. That’s an awful lot to expect of highly educated people that are underpaid and undervalued as it is.”

The bill offers several revenue policy choices. They include transferring money from the rainy day fund to keep the school foundation program account at $100 million — if the rainy day fund has $500 million or more — and a 0.5 percent sales tax increase, from 4 to 4.5 percent, if the reserve account is below $500 million. The tax would go away if the education property tax now in place provided at least 65 percent of the funding for the school foundation program account.

When asked if she supported the increase as a way to keep cuts away from the classroom, Chapman said “that’s a legislative decision” that is “highly politicized and fairly polarizing.” But if people are worried about the quality of education, she said, a sales tax might seem reasonable.

The implications of both Senate and House bills, Chapman said, are even more frustrating when they’re made far away.

“I’m pretty sure the Legislature doesn’t know some of the kids in our buildings or what their needs are,” she said. “They are so far removed, it’s a stretch for them to tell us which areas we should reduce.”

Then districts can choose how to cut from there.

“It takes the pressure off of them [legislators],” Chapman said. “They don’t have to be the bad guys.”