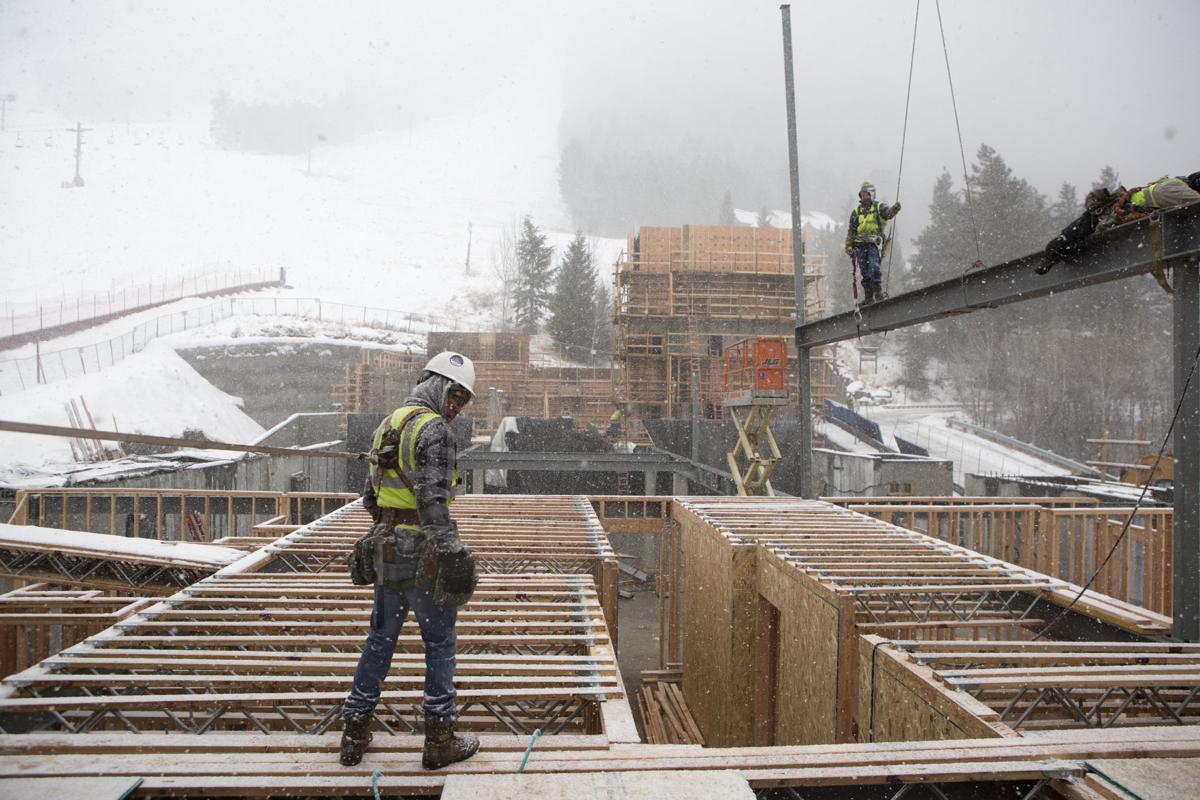 Work proceeds on the top floor of One Town Hill at Snow King. The building will have 34 units from one-bedroom apartments to three-bedrooms. 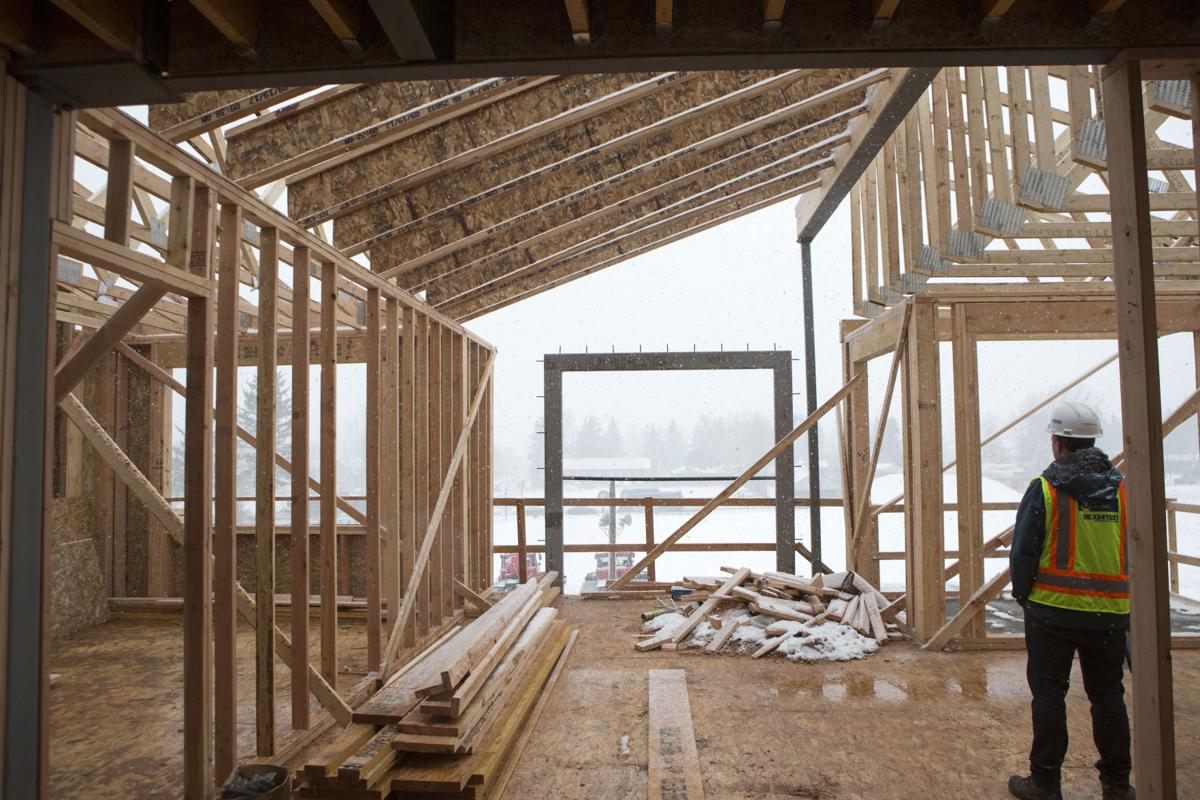 A view from the top floor of the Town Hill Lofts at the base of Snow King. The building will have 34 units from one-bedroom apartments to three-bedrooms.

Work proceeds on the top floor of One Town Hill at Snow King. The building will have 34 units from one-bedroom apartments to three-bedrooms.

A view from the top floor of the Town Hill Lofts at the base of Snow King. The building will have 34 units from one-bedroom apartments to three-bedrooms.

The town of Jackson is about to begin the review of Snow King Mountain Resort’s base master plan in conjunction with the environmental review of its on-mountain development plan. But the transformation of the area surrounding the resort’s base has begun.

The development at the eastern edge of the base next to the tubing park will include 29 market-rate units that range from 800-square-foot studios to over 2,000-square-foot three-bedroom condominiums. It will also include 3,700 square feet of office space on the ground floor.

There will be two deed-restricted studios and three deed-restricted two-bedroom units that will house 100 percent of the building’s employees and meet Snow King’s housing requirements.

“The vision has always been for urban-commercial resort-level intensity associated with the Snow King Resort Master Plan,” said the town and county planning director, Tyler Sinclair, after One Town Hill was approved last summer. “The same can be said for the private zoning along Snow King Avenue and parts of South Cache. This project represents one of the first projects to implement that overall vision of a vibrant mixed-use commercial node.”

The team assembled by Crystal Creek Capital, which bought the land in 2009, hopes One Town Hill will set the tone for the redevelopment of the base area around Snow King.

“The bar is extremely high,” said Mack Mendenhall, the project’s head broker. “This will set a new threshold for what development in Jackson looks like. We are continually monitoring the market and reevaluating the design with an eye towards the future in terms of what people want. We made changes 10 days ago.”

For example, the design team included more bedroom suites, provided each unit with a powder bathroom, built more underground parking than required and included storage units and a communal fitness room for tenants.

The design has many natural finishes, including quartz, oak and walnut, to create a kind of “mountain-classic feel that never goes out of style,” Mendenhall said.

“The idea is to blend in the new without losing the context of the old,” said Hans Schuldt, the project architect for Berlin Architects. “I think it’s a mountain-modern design that leans a little on the edge of contemporary while taking on the Jackson vernacular.”

The Crystal Creek Capital team noted that location and uses are intended to meet with changes in market demand. Being at the base of Snow King, One Town Hill will be close enough to the hustle and bustle of town without being right in the middle of it, allowing easy access to bars and restaurants as well as to the hiking and skiing trails on Snow King.

“While there are always detractors to new development in Jackson,” said Jason Berning, the project manager, “Crystal Creek made a point to hire a local team for the design, construction, operation and sales of the development.”

Though the units will be able to be rented short-term, Crystal Creek President Jim Walter said the vision was to create units people would own and live in.

“There are no lock-offs or lobby,” he said. “There’s no way this is designed to operate like a hotel.”

The building’s framing is underway. The new luxury housing development will not be ready for occupants until spring 2019. Mendenhall said information on pricing and availability will be released this spring.

“You’ll see it come together real quick over the next couple months,” Mendenhall said. “We’ve already seen a lot of interest, but we want everything ready, down to the HOA fees, before we go to market.”