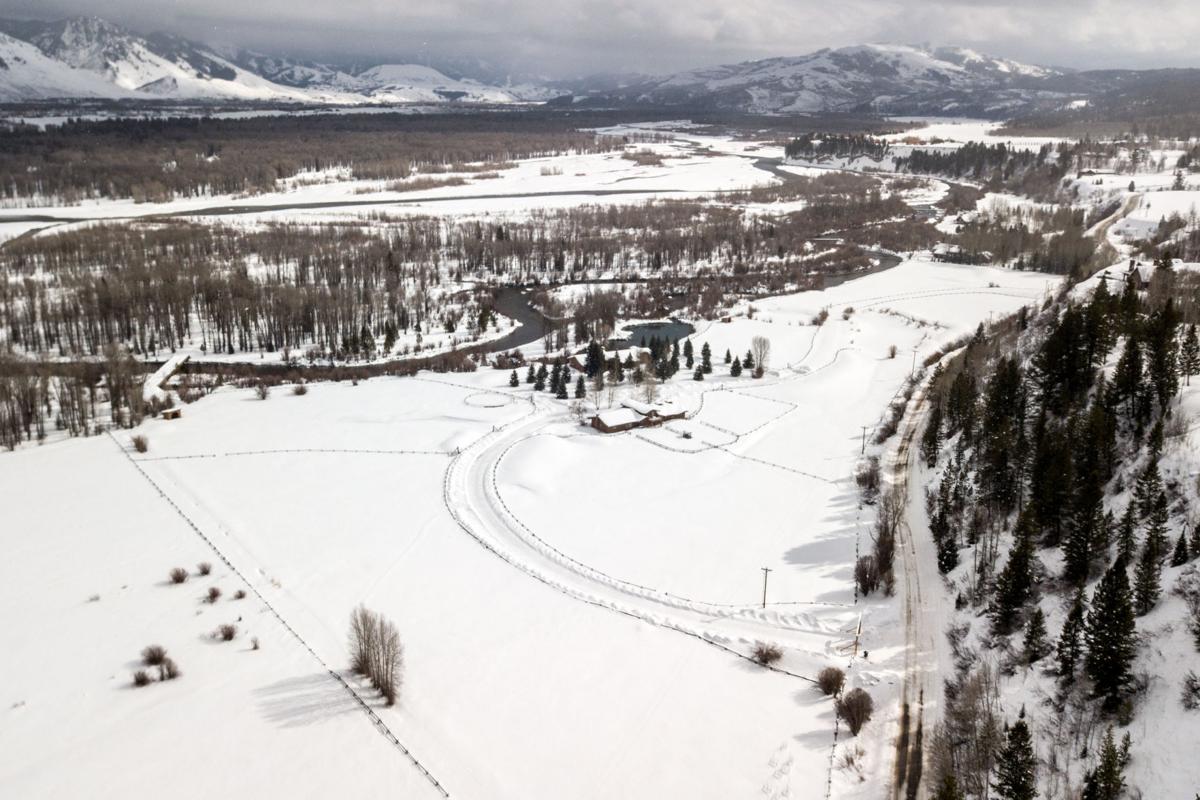 The Disney family’s Eagle South Fork ranch off Fall Creek Road is made up of 110 acres of meadows, including Fish Creek and the Snake River bottoms. The westernmost portion of the property along Crossing Elk Lane is subdivided into a dozen vacant lots between .87 and 1.24 acres in size. 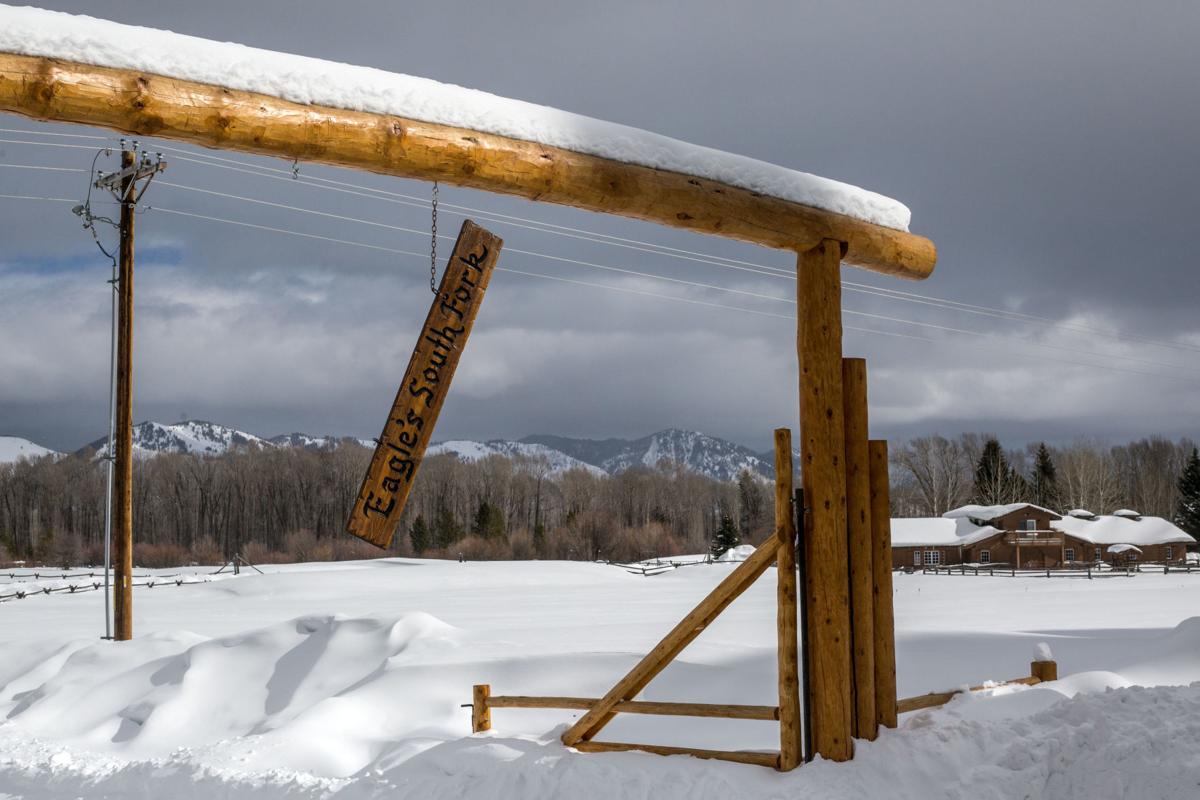 A sign at the entrance to Eagle South Fork hangs askew in February along Fall Creek Road. The trustees of Walt Disney’s grandson, Bradford Lund, have reportedly negotiated the sale of the 110-acre ranch against Lund’s wishes. 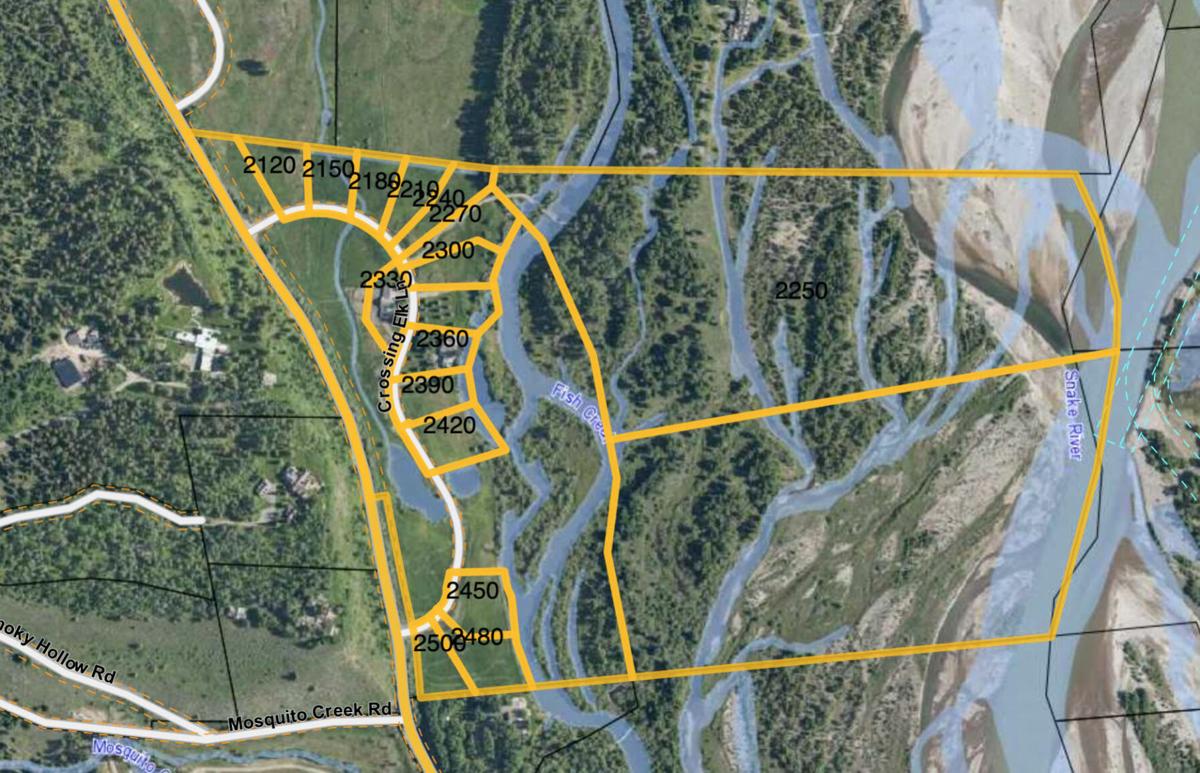 Descendants of Walt Disney own 110 acres along Fall Creek Road that is currently the subject of a dispute between Walt Disney’s grandson, Bradford Lund, and his twin sister Michelle and trustees that control their estate. 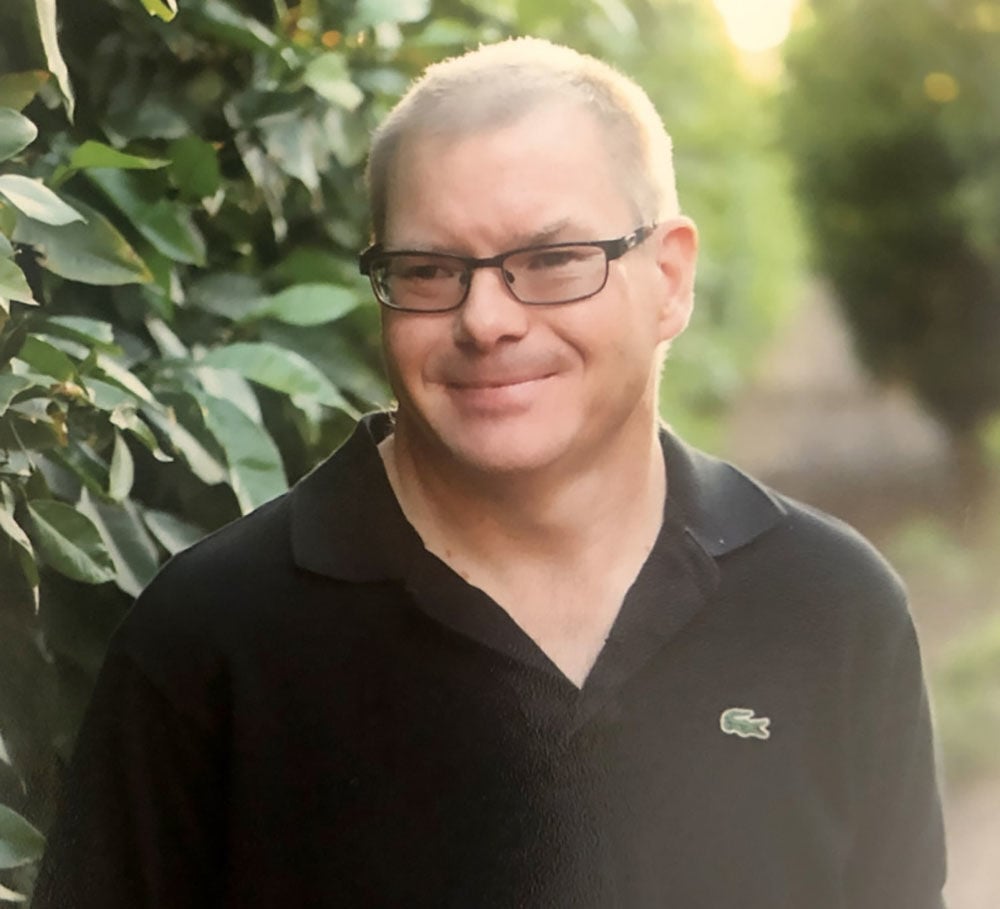 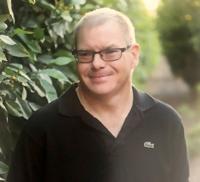 The Disney family’s Eagle South Fork ranch off Fall Creek Road is made up of 110 acres of meadows, including Fish Creek and the Snake River bottoms. The westernmost portion of the property along Crossing Elk Lane is subdivided into a dozen vacant lots between .87 and 1.24 acres in size.

A sign at the entrance to Eagle South Fork hangs askew in February along Fall Creek Road. The trustees of Walt Disney’s grandson, Bradford Lund, have reportedly negotiated the sale of the 110-acre ranch against Lund’s wishes.

Descendants of Walt Disney own 110 acres along Fall Creek Road that is currently the subject of a dispute between Walt Disney’s grandson, Bradford Lund, and his twin sister Michelle and trustees that control their estate.

Trustees for two grandchildren of Walt Disney have taken the first steps leading to development on Fall Creek Road property that is the object of a legal battle.

The heirs, their trustees and lawyers are contending for control of an estate said to be worth near $400 million.

The local angle in the yearslong fight is 110 acres south of Wilson near Mosquito Creek, occupied by a single house and barn, and also about what can be done on neighboring subdivided lots.

It pits Bradford Disney Lund against his twin sister, Michelle Lund, and trustees who control their estate, set up by their mother, Sharon Disney Lund, a daughter of Mickey Mouse and Disneyland creator Walt Disney. Bradford Lund claims his sister and the trustees are trying to cut him from any control of the Fall Creek property and perhaps sell it.

Lund said over the weekend that there is “no other piece of property like it in the county” and that his parents hoped to see it stay as it is for the use of their children. Lund, 50, said his father “wanted the ranch to be kept in the family for generations to come.”

“I like keeping it the way it is, simple,” Lund said. “It’s quiet and peaceful; you’ve got wildlife all around you.”

One of the lawyers involved on Lund’s behalf is Lanny Davis, a special counsel to Bill Clinton for three years, including during Clinton’s 1998 impeachment trial. Davis called the situation a “family civil war.” Other lawyers are Sandra Slaton, an Arizona attorney long involved in the case, and, in Jackson, Chris Hawks.

Though the legal battle remains undecided, one of the trustees, California developer Doug Strode, has hired Jackson consulting firm Y2 Consultants and taken steps to allow development of a large part of the disputed land.

Lund is fighting efforts by trustees to sell the land, which he visits several times a year, in spite of what he says are recent attempts to deny him use. He was told in January that he had five days to come up with $35 million to buy all the land or the trustees could go ahead with their plans to sell. Davis said that price was a big boost from an earlier agreement that put the value of Lund’s half of the parcel at $9.76 million.

Attorney Davis said “the sale of this family ranch against Mr. Lund’s wishes by these trustees is part of a long pattern of alleged violations of their fiduciary duties and alleged self enrichment.”

He also criticized the price and 2% fee they want to charge. The higher, $35 million price, Davis said, is designed to benefit the trustees and neither of the Lunds.

In an Arizona court filing, Davis and his colleagues said, “trustees” did not explain that the higher price, under the terms of the trust, will not benefit Mr. Lund or his twin sister, beneficiaries of the trust.

“But the higher price does benefit Mr. Strode and his three trustees because they are taking a 2% additional commission on the sale, in addition to the 2.5% real estate commission they are paying — both out of trust funds.”

The filings also charge that the sale and 2% fee trustees would pay themselves “is part of a long pattern of alleged violations of their fiduciary duties and alleged self-enrichment.”

Bradford Lund told the News&Guide that the sale the trustees intend is “to make a profit off it, which is wrong ... it benefits them and not us.

“I have strong feelings about how the trustees have treated me,” he said. “It’s a disgrace.”

Trustees for the Lund estate did not respond to requests for comment.

Davis said in filings that the trustees and their attorneys “have given false and slanderous statements about Mr. Lund and his family to several media outlets, causing Mr. Lund and his Arizona family extreme stress.”

The estranged siblings have — or at least their representatives have — each claimed the other is incompetent to handle their own affairs. In Bradford’s case the insinuation has been that he has Down syndrome, which he denies, a rebuttal endorsed by a DNA test and an Arizona judge in a separate clash in the family war. Sister Michelle has at times been said to be being manipulated by trustees after a 2009 brain aneurysm.

In California legal action the trustees have blocked Bradford from receiving payouts from the family trust that were due when he turned 35, 40 and 45. He receives about $120,000 a year from trusts set up for him; the trustees he is fighting are said in one court filing to “receive fees exceeding $500,000 year ... more as a fee than Bradford receives as a beneficiary.” Lund’s representatives also claim trustees have paid $8 million from the trust to lawyers to fight his claims and maintain their control.

The Fall Creek land was purchased as a trust for Bradford and Michelle by their parents, Bill and Sharon, both now dead. Bill Lund was a real estate man who married into the Disney family in 1968 and who listed among his deals scouting the site that became Walt Disney World near Orlando, Florida. He adopted Bradford and Michelle, the children of Sharon and her ex-husband.

Lund’s case to stop any sale of the Fall Creek land was filed in Jackson in Ninth District Court. Judge Tim Day later allowed the case to be transferred to California when the trustees argued it would be “convenient” for them to have it heard there.

Hawks, Lund’s Jackson attorney, filed to have any sale put off, and Lund’s attorneys have fought to have the case decided in Wyoming. There’s currently a stay in Los Angeles County Superior Court.

The land in question

The Lund family calls its 110 acres off South Fall Creek Road the "Eagle South Fork" ranch, but it's actually a family retreat.

Besides a house and barn that have been used by family members since they were built in 1986, the ranch includes another 16 lots subdivided for single-family development. Unlike most single-family land in the area, 13 of the lots are small, ranging from 0.81 acres to 1.24  acres, and lined lot to lot around what's called Crossing Elk Lane. There's also an adjacent 24-acre lot along Fall Creek Road.

Two other lots are more in line with normal for the area, each of just over 35 acres. It's those two lots  where trustees for Bradford and Michelle Lund have recently begun some activity.

Trustee Doug Strode hired Y2 Consultants of Jackson, and that firm went to county planners in December to ask for a pre-application conference that would lead to a formal submittal. Though the two lots are already legally subdivided, they lie in a riparian area that requires approval of the actual sites where anything can be built.

The land isn't easy: It has the Snake River on its east side, and Fish Creek runs through it; both watercourses with braided sidewaters. Unlike a lot of Snake frontage there is no Corps of Engineers levee to protect the land, and much of the two big lots lie in the FEMA flood zone; Y2's message to planners notes  that the two lots are "wholly in moose crucial winter  and yearlong range," that elk migrate through the property and that there are nearby bald eagle nests. The land is within the county's natural resouces overlay, another administrative complication.

Neighboring property has been developed, in spite of similar constraints.