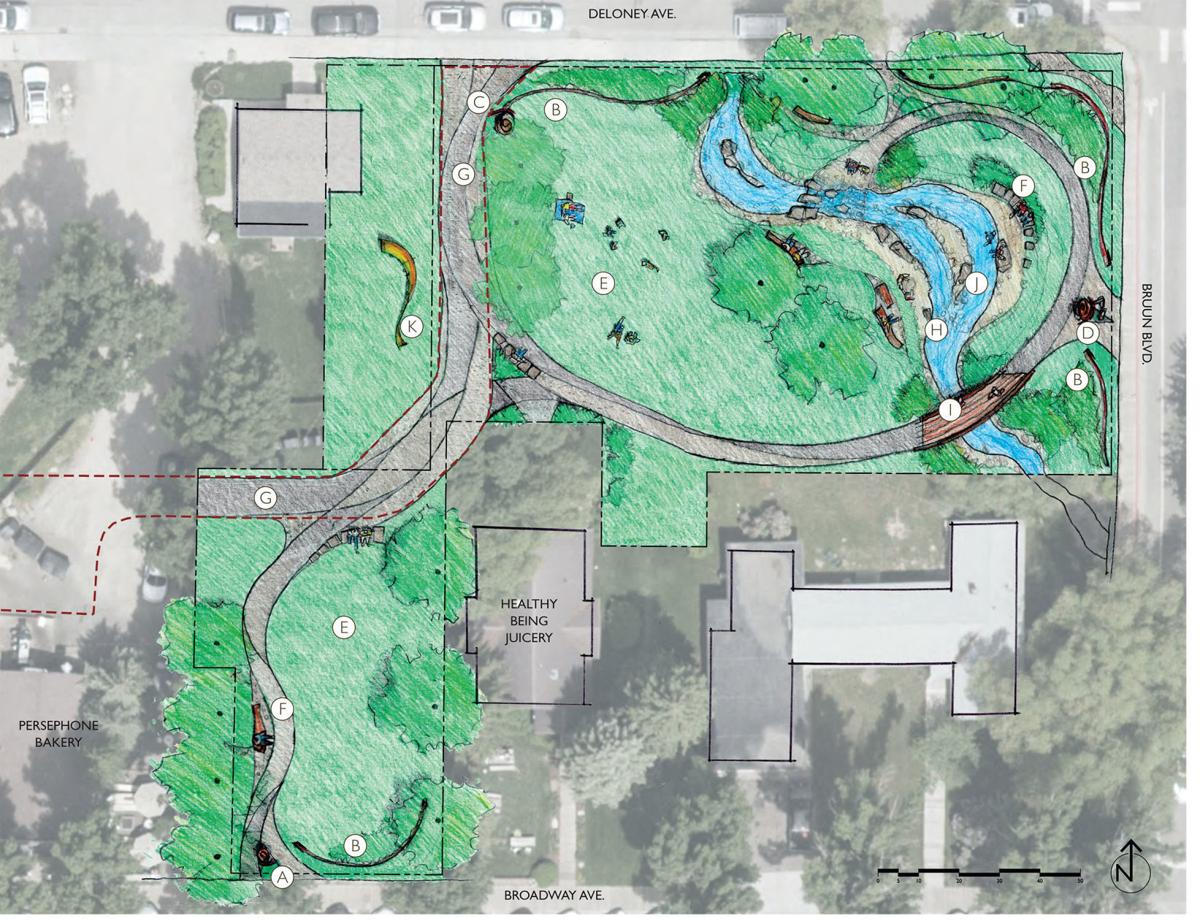 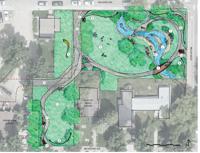 An artist rendering shows the proposed Save the Block green space, including a park-like area to the back of the property along Deloney Avenue.

The plan is for a place to relax in busy downtown Jackson. 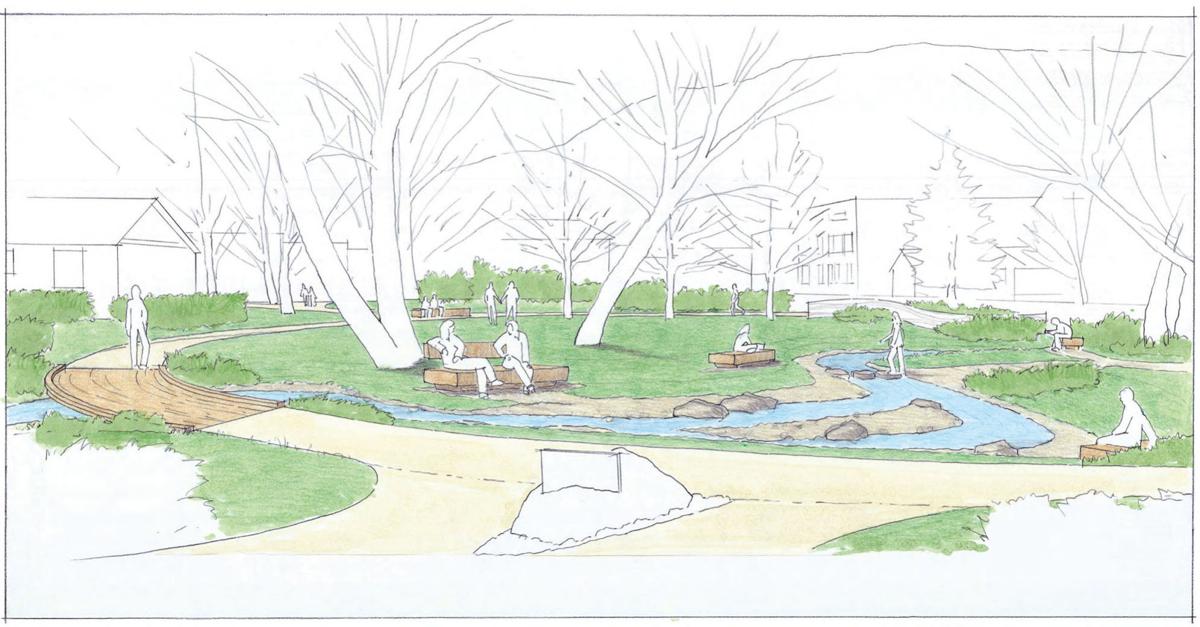 A barista grabbed his cash from the tip jar and donated it, artists volunteered their time to share their talents during the summer concert series and hundreds participated in challenges to raise money and save the Cafe Genevieve Block.

It’s been nearly a year since the Jackson community raised $7 million for the Jackson Hole Land Trust’s conservation easement on the Broadway block, and now the trust is ready to share its development design plans.

In town, people sipping coffee or drinking juice might have noticed sound disturbances taking place in the green space between Persephone Bakery and Healthy Being Café and Juicery. It’s a temporary inconvenience for a long-lasting community reward, said Liz Long, interim co-director and director of conservation at the Jackson Hole Land Trust.

“We want people to know that this disruption has to do with the installation of the subdivision improvements that are required by the town,” Long said.

To carry out the development of the 1.2-acre green space designed by Hershberger Designs, the Land Trust must create a service drive for trash and recycling access for businesses, move power lines underground and take care of other improvements the town deems necessary.

Making room for the road required removing three trees — two cottonwoods and a willow. However, the Land Trust plans to keep all the remaining mature trees and will plant more native trees in the new green space, according to Jenny Wolfrom, interim co-director and director of advancement and engagement for the conservation nonprofit.

Bonny Hershberger, vice president of Hershberger Designs, a local landscape architecture firm, designed the space around the existing trees to maintain the character of the historic space.

“In the process of designing the green space, it was clear the community wanted to keep the mature trees, shade and water running through the site,” Hershberger said. “By maintaining the existing trees for their character and shade, and regrading the water channel to maximize the sight, sound and feel of the water, the Block green space will become a lovely space for community use.”

“We really want to make it a locally-driven space,” Wolfrom said.

While the community raised enough for the conservation easement, the project’s total cost is $22 million.

According to Robbin Levy, the legal representative for the anonymous family that purchased the land, the three businesses using the historically preserved buildings — Café Genevieve, Persephone Bakery and Healthy Being Café and Juicery — have the opportunity to purchase the land their businesses sit on. The remaining land within the block can be redeveloped and carries most of the land value.

While they have received offers, Levy said the family is in no rush to sell the northwest corner of the property, which could be redeveloped. For now the family is focused on completing the new green space and selling the historic buildings to their business owners.

For Persephone owner Ali Cohane the new development plans are an exciting preview of the future.

“We love our home there,” she said. “That’s why we’re purchasing it, so we can stay there forever.”

As a landowner to-be, Cohane also said she was excited about the small expansion approval each historic building received. While Café Genevieve expanded its cabin after a fire last July, Persephone plans to expand its kitchen within the next couple of months.

“Essentially, the volume that we do in the summer with our outside area is just too much for what our kitchen can handle, so we’re going to expand our kitchen a bit,” Cohane said.

For Cohane, having businesses in historic buildings throughout Jackson allows her to feel rooted in its history, character and community.

As for the family that made preservation of the historic buildings and green space possible by purchasing the property and holding onto it while the community raised money for easements, they plan to remain anonymous, Levy said.

“From the very beginning, they felt strongly that the project was not about them,” Levy said.

“During a time of increasing polarization,” Wolfrom said, “the Block has been a symbol of unity.”

Work on required subdivision improvements is expected to be done by the end of July, while finishing touches to the green space will ideally be in place before the snow flies.